2 Dan Jurafsky Unix for Poets (based on Ken Church’s presentation) Text is available like never before The Web Dictionaries, corpora, email, etc. Billions and billions of words What can we do with it all? It is better to do something simple, than nothing at all. You can do simple things from a Unix command-line DIY is more satisfying than begging for ‘‘help’’ 2

11 Dan Jurafsky Counting and sorting exercises Find the 50 most common words in the NYT Hint: Use sort a second time, then head Find the words in the NYT that end in “zz” Hint: Look at the end of a list of reversed words 11

12 Dan Jurafsky Lesson Piping commands together can be simple yet powerful in Unix It gives flexibility. Traditional Unix philosophy: small tools that can be composed 12

16 Dan Jurafsky grep Grep finds patterns specified as regular expressions grep rebuilt nyt_200811.txt Conn and Johnson, has been rebuilt, among the first of the 222 move into their rebuilt home, sleeping under the same roof for the the part of town that was wiped away and is being rebuilt. That is to laser trace what was there and rebuilt it with accuracy," she home - is expected to be rebuilt by spring. Braasch promises that a the anonymous places where the country will have to be rebuilt, "The party will not be rebuilt without moderates being a part of 16

21 Dan Jurafsky sed sed is a simple string (i.e., lines of a file) editor You can match lines of a file by regex or line numbers and make changes Not much used in 2014, but The general regex replace function still comes in handy sed 's/George Bush/Dubya/' nyt_200811.txt | less 21

27 Dan Jurafsky cut exercises How often is ‘that’ used as a determiner (DT) “that man” versus a complementizer (IN) “I know that he is rich” versus a relative (WDT) “The class that I love” Hint: With grep –P, you can use ‘\t’ for a tab character What determiners occur in the data? What are the 5 most common? 27 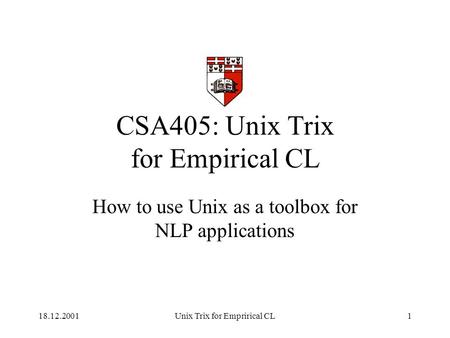 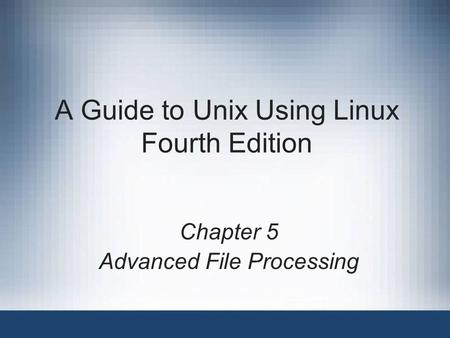 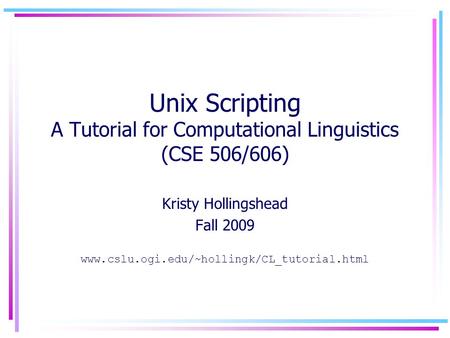 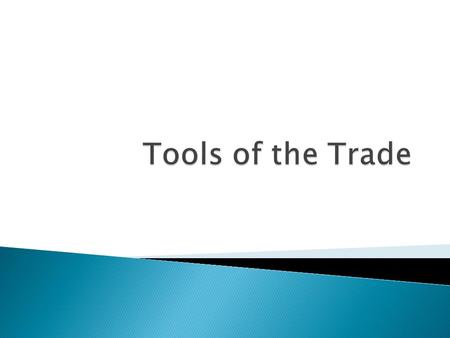 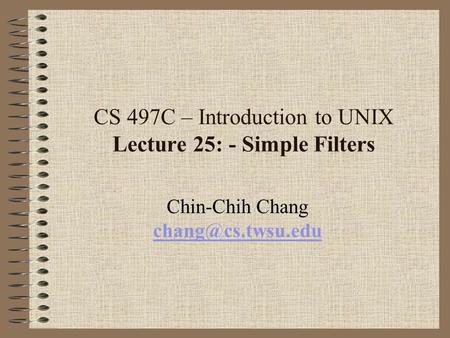 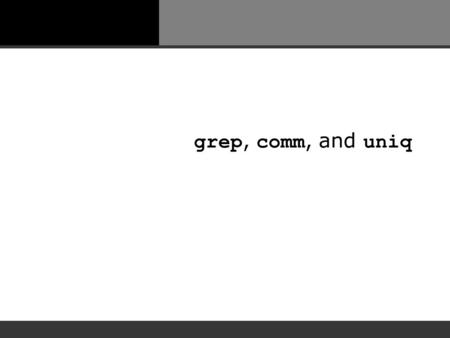 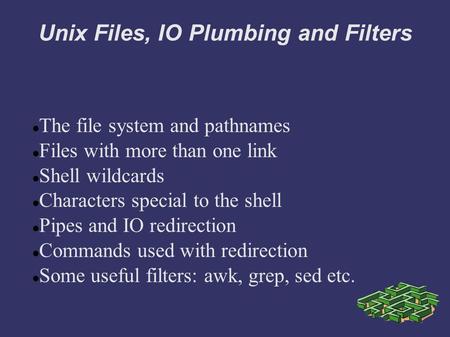 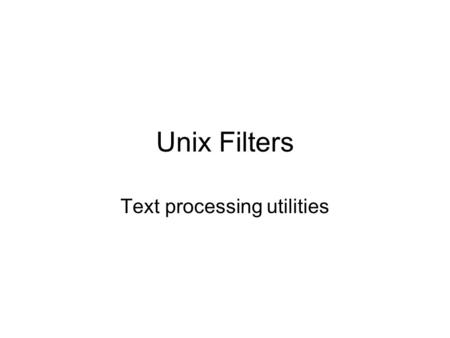 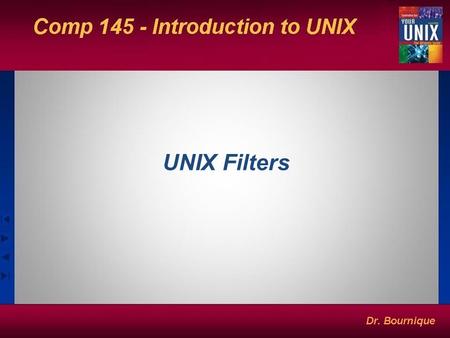 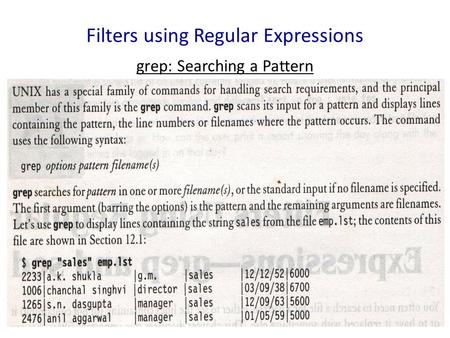 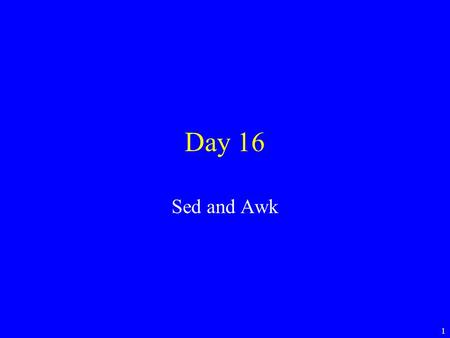 1 Day 16 Sed and Awk. 2 Looking through output We already know what “grep” does. –It looks for something in a file. –Returns any line from the file that. 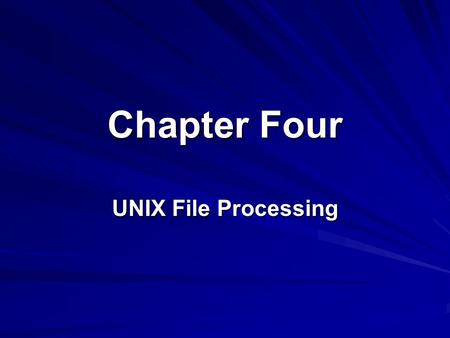 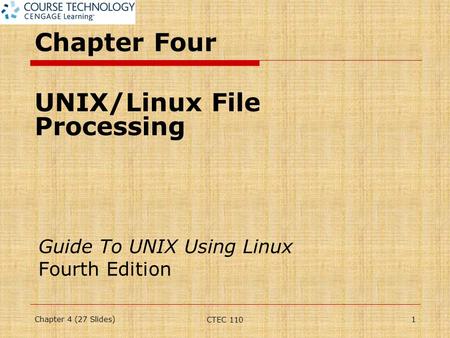 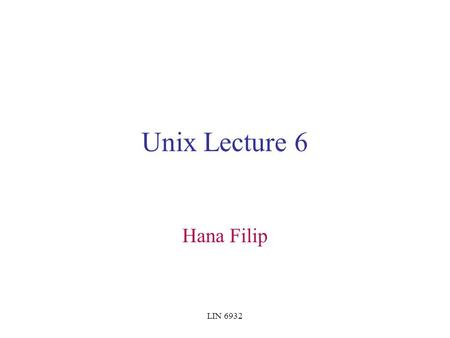 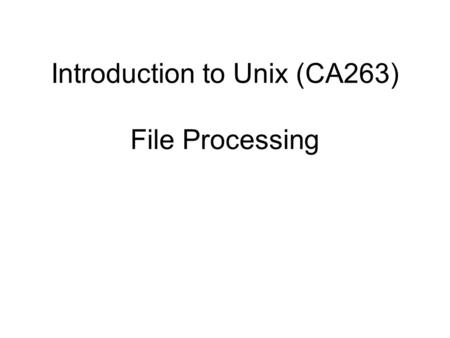