2 Background Britain had been populated by Scandinavians (Angles, Jutes, Saxons, etc.) William the Conqueror united the crowns of England and Normandy in 1066 Back and forth tussle over thrones ever since Strategic marriages, assassinations, alliances Both England and France Catholic England had made peace with the Scots

5 And so it begins…the Caroline Phase France allied with Scotland Philip VI, king of France, confiscates Aquitaine from Edward III in 1337 Edward quickly makes peace with Scotland Edward starts to question Philip VI’s legitimacy to French throne, calls self King of France Philip VI was son of brother Philip IV All his cousins of the Capetian line died out Edward’s mom was the sister of the three brothers that died out The Black Death hitting France hard

6 English strategy and victories Flanders, Brittany and Navarre were happy to ally with England They all preferred independence over being ruled by Paris Son Edward “The Black Prince” won at Crecy (1346) and Poitiers (1356), he died before his father did Crecy – 1 st use of cannons At Poitiers, the English captured Philip’s successor, John of France

8 The ransom of John II “The Good” John II freed to raise the ransom (3 million francs) Had to give up his son as collateral, Louis taken to England 1363 – Louis breaks the terms of deal by escaping England John II gives himself up and agrees to be imprisoned in England Greeted in London with parades, died in captivity John II is known as “The Good” Charles V succeeded him

9 Phase 2 1366 - England and France took sides in a civil war in Castile The Black Prince was duke of Aquitaine (partially independent of France), backed one side, king of France Charles V backed the other Charles meddled in Aquitaine affairs, war breaks out between The Black Prince and Charles 1369 - Edward III claims French throne again, Aquitaine revolts for independence Castile (England’s side lost) helped France with its strong navy The Black Prince returned to England and died in 1376

16 After Joan, the end for England 1435 – Philip, Duke of Burgundy, broke with England and recognized Charles VII as king of France Short truce in 1444 English broke the truce French gradually won all territories back except for Calais 1453 – Battle of Castillon, last battle took Bordeaux back England kept fleur-de-lis on coat of arms until 1803 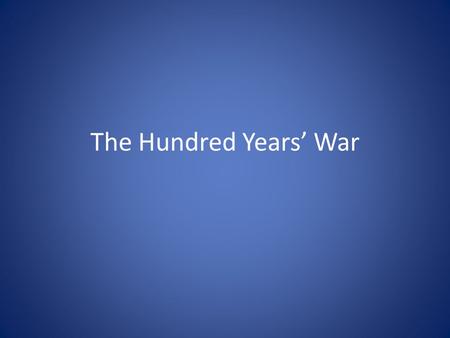 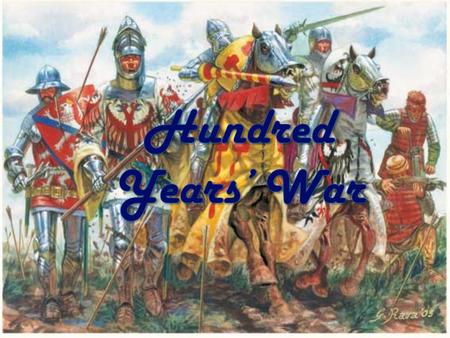 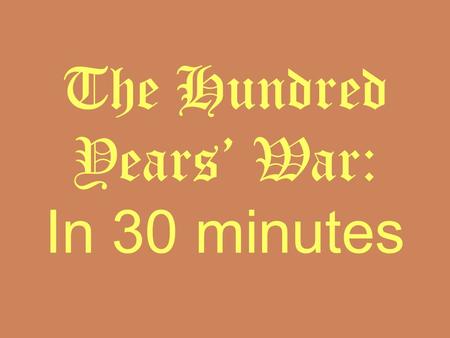 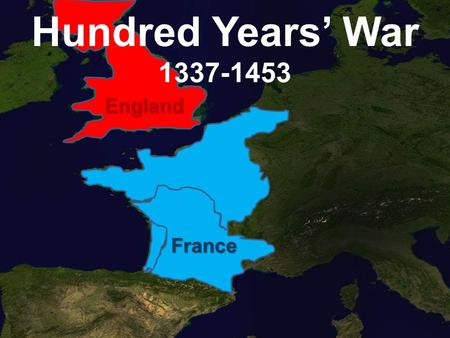 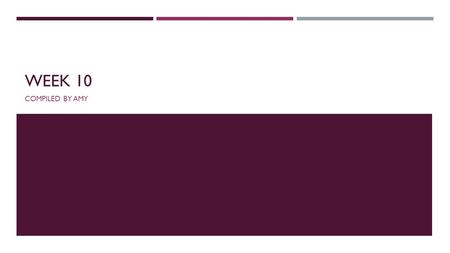 WEEK 10 COMPILED BY AMY. GIOACHINO ANTONIO ROSSINI 1792  Dad was a horn player  His mom was singer and a baker’s daughter  He played the triangle when. 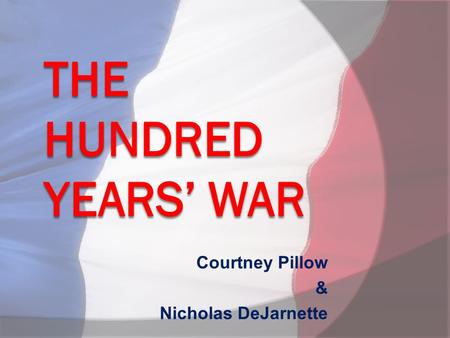