Roots and Affixes How words are created.

Presentation on theme: "Roots and Affixes How words are created."— Presentation transcript:

1 Roots and Affixes How words are created

4 Vocabulary English vocabulary include short words like the article a as well as longer word such as inextricably and denunciation. Short word such as speak and solve are called base words Base words cannot be reduced to smaller parts. Other words can be added to them to produce longer words with various meanings.

8 A root is a set of letters that have meaning. It is the most basic form . Affixes are added to the root to create a new word. Example: The Latin root ject means “throw” So project can mean “to throw forward” A root can be at the front, middle or end of a word.

9 English words can have all three parts:
prefix + root + suffix ab + duct + ed away from + to lead/pull + verb: past tense abducted means ”pulled or lead away from” i.e. The general was abducted by masked gunmen. Word Meaning geology earth study / study of the earth telegraph distance writing / writing that travels far tricycle three wheels asocial not being companionable / not wanting to join others

11 Apply For example one could analyze the word intangible, using the chart shown previously. First break the word into its parts: PREFIX ROOT SUFFIX ENGLISH WORD In tang ible = intangible Tang is a latin roots meaning “touch” In is a prefix meaning “not” -ible is a suffix meaning “able to”

13 Which one of the following shows a root with an affix?
bicycle hippopotamus How did you know?

14 Word Families A group of English words may be derived from the same word part of root. Such a group is called a word family. You can use this knowledge to help you determine the meaning of unknown words. Try this out: Shared roots: solo, solitary, solitude Root: sol= ?

19 Try one: Words: Diminish Diminutive Minimum
What do these words have in common? Which words do you know? What do you think the meaning of the root is?

Download ppt "Roots and Affixes How words are created." 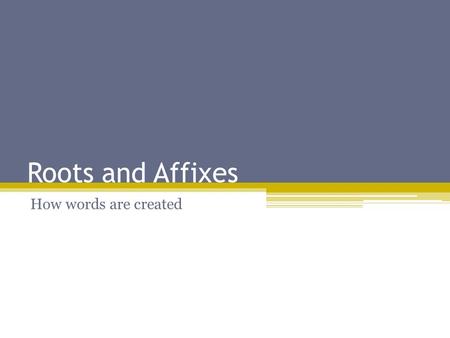 Roots and Affixes How words are created. 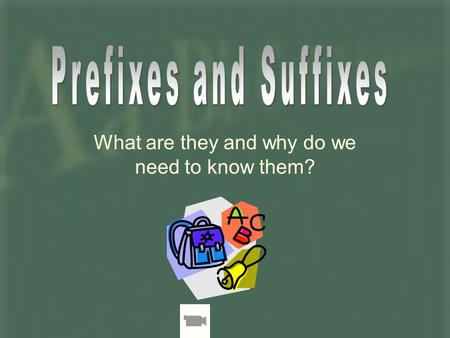 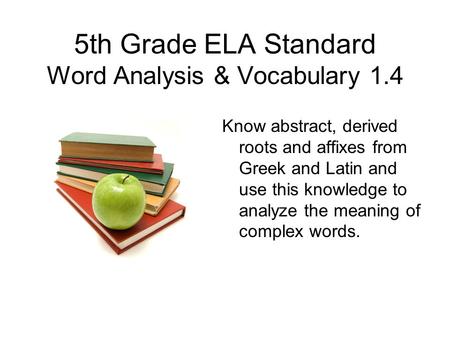 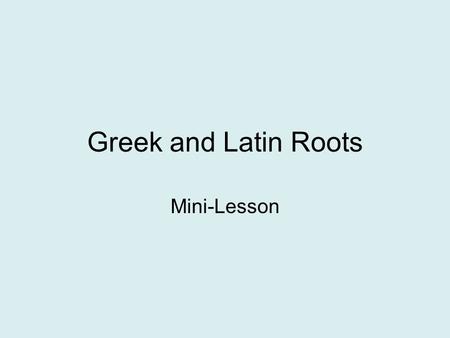 Greek and Latin Roots Mini-Lesson. We know that words are broken into parts that help us figure out their meaning: Prefixes: un- undo re- refill pro- 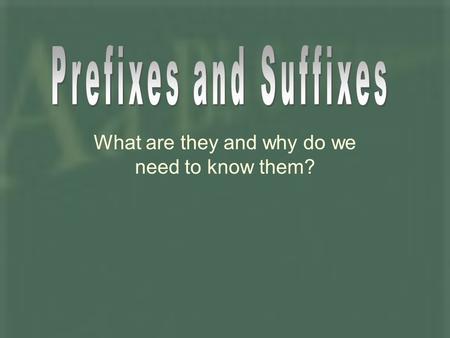 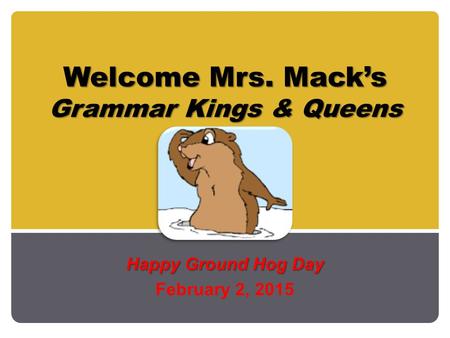 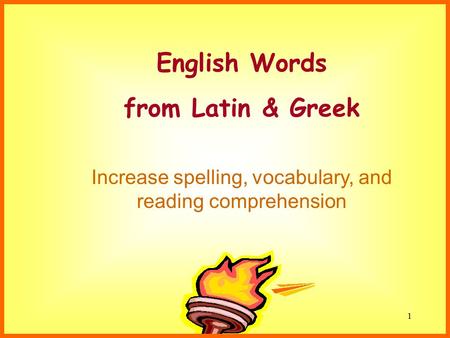 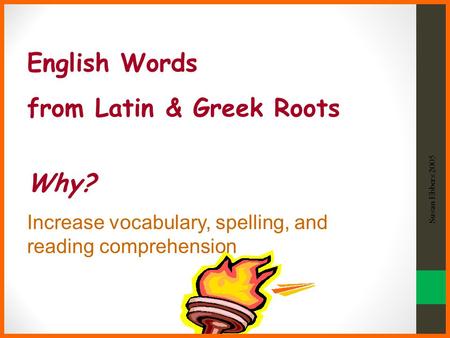 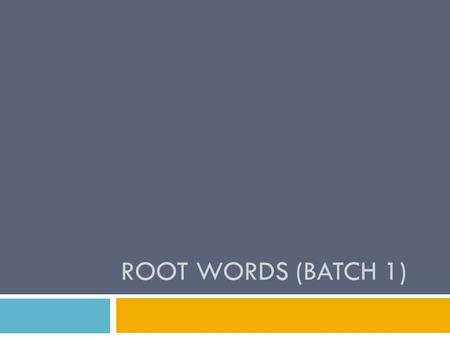 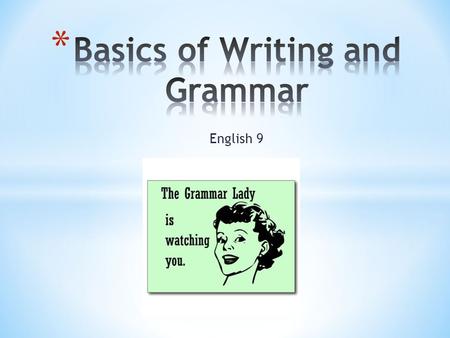 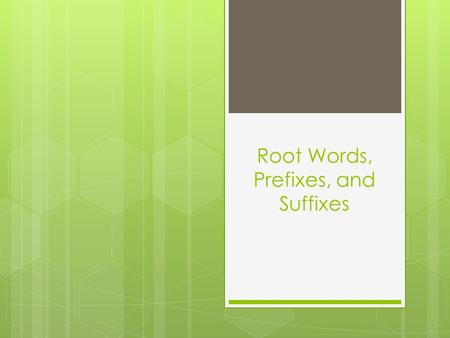 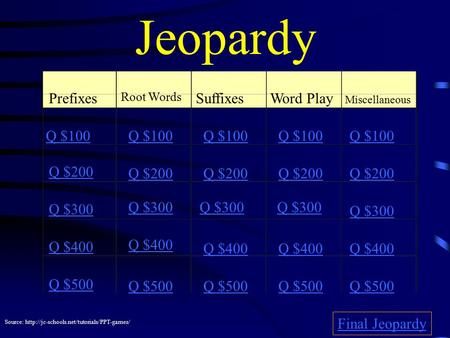 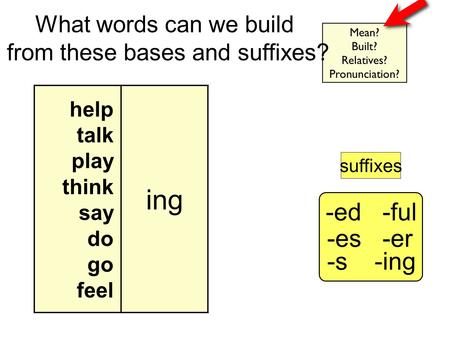 Help talk play think say do go feel ing -er-es -s-ing suffixes -ful-ed What words can we build from these bases and suffixes? 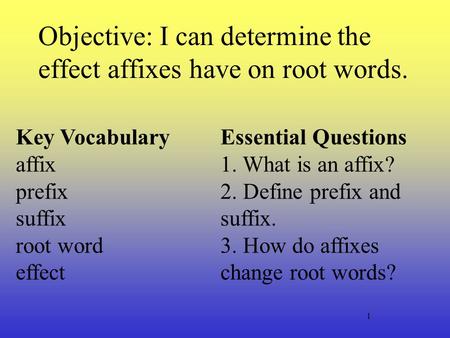 Objective: I can determine the effect affixes have on root words. 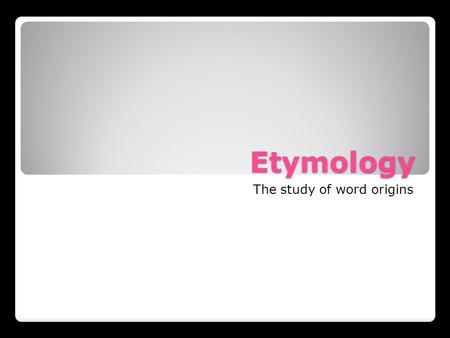 The study of word origins 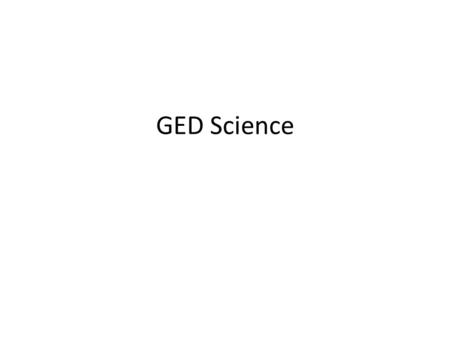 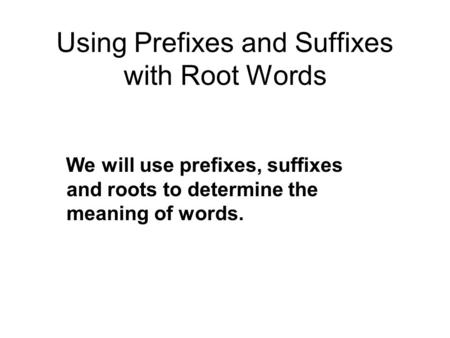 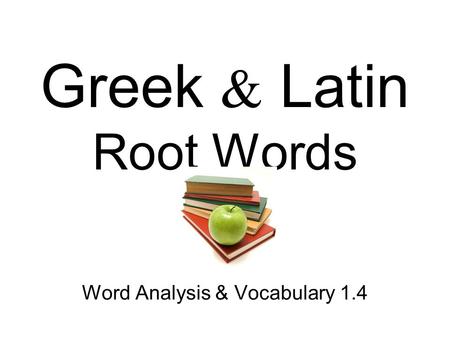