1 Evaluating entropy changes
Since entropy is a property, the entropy change between two specified states does not depend on the process (reversible or irreversible) that occurs between the two states. However, to evaluate entropy change by the above definition a reversible process has to be imagined connecting the initial and final states and integration has to be carried along its path.

6 Use of the Tds relations in calculating entropy changes
On an intensive (per unit mass) basis: First TdS relation Second TdS relation Integrating between initial (1) and the final state (2): Even though the Tds equations are derived using an internally reversible process, the change in entropy during an irreversible process occuring between the same two equilibrium states can be also calculated using the integrals on the left.

7 Entropy change of liquids/solids (Sec. 7.8)
Liquid/solid can be approximated as incompressible substances (v=constant): i.e. specific volume ( or density) remains constant even when other properties change (dv=0) Internal energy of a solid/liquid is a function of temperature alonecp=cv=c (one specific heat) from First Tds relation if temperature variation of specific heat (c)can be neglected. For solids/liquids, the isentropic process is also isothermal.

15 Example of entropy generation due to an irreversible process in an isolated system
P1,,,V1, T, m1 P2,V2, T, m2 Pf,Tf, (m1+m2) Low pressure High pressure Entropy balance Entropy change of the system is the entropy change of its parts

19 Graphical representation of reversible steady flow work on a p-v diagram
if changes in KE and PE can be neglected (e.g. in turbines, compressor and pumps, but not in nozzles)

20 Reversible steady flow work for a pump (PUMP HANDLES LIQUIDS)
Since specific volume of a liquid is nearly independent of pressure: (since pump is an adiabatic device) similar to compressor Alternatively 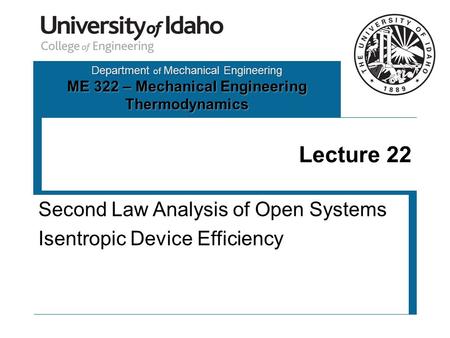 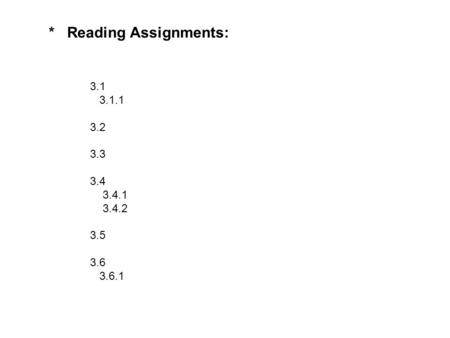 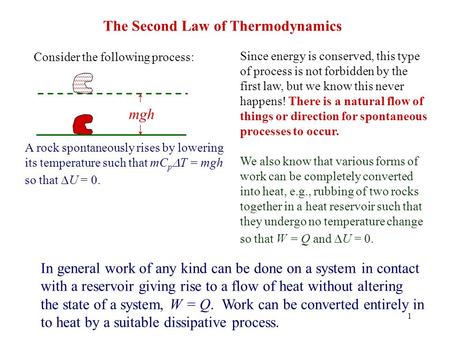 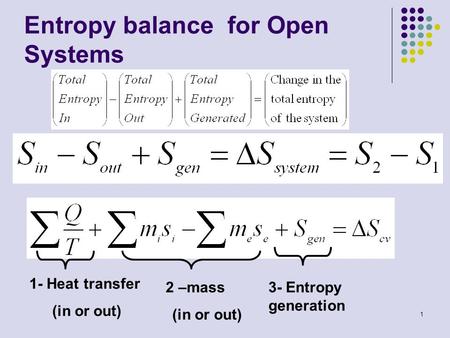 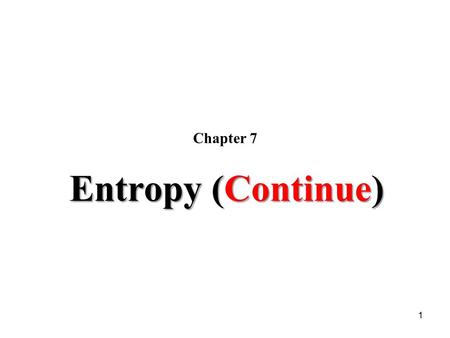 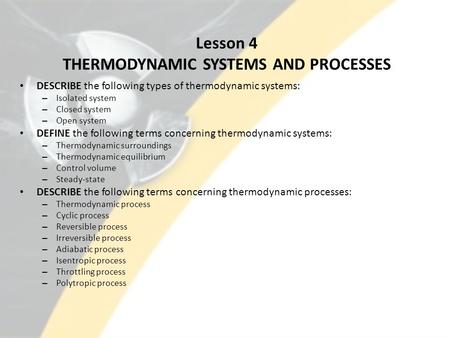 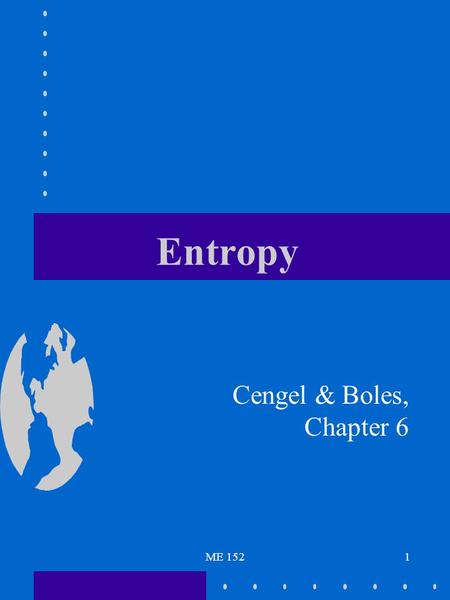 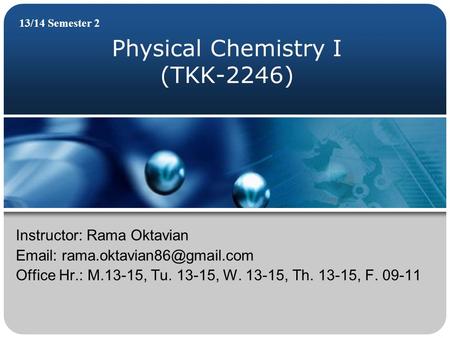 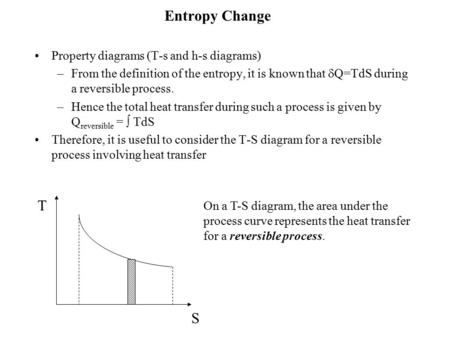 Entropy Change Property diagrams (T-s and h-s diagrams) –From the definition of the entropy, it is known that  Q=TdS during a reversible process. –Hence. 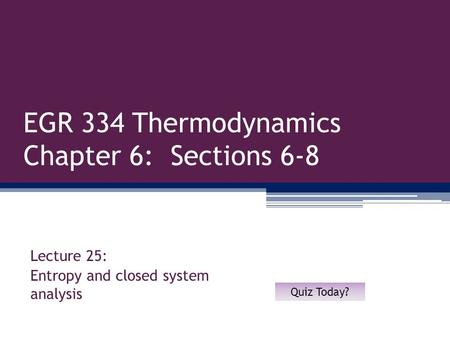 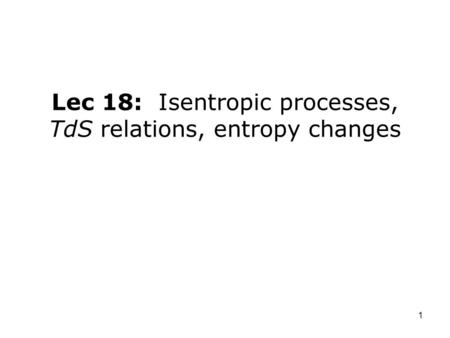 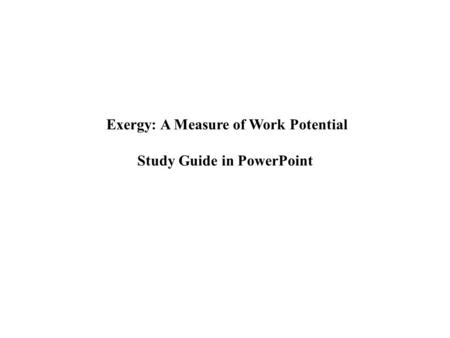 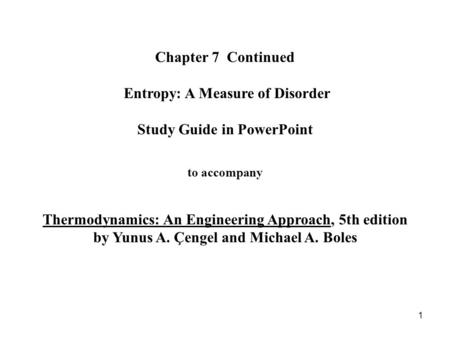 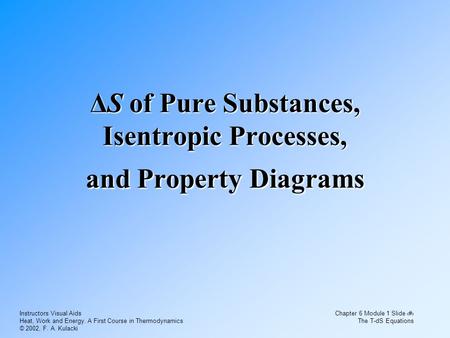 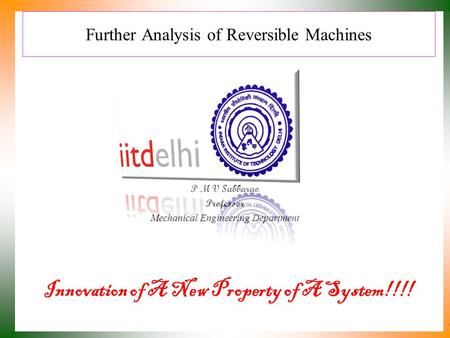 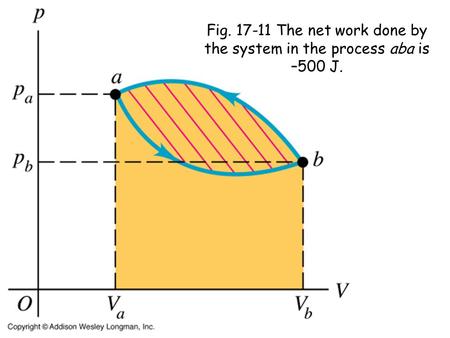 Fig The net work done by the system in the process aba is –500 J. 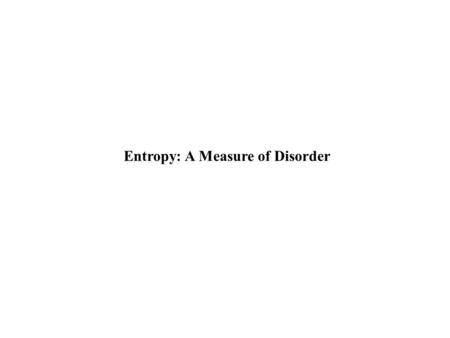 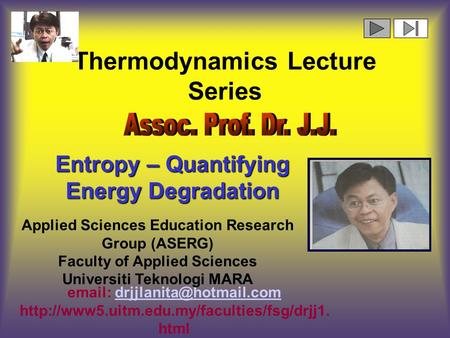 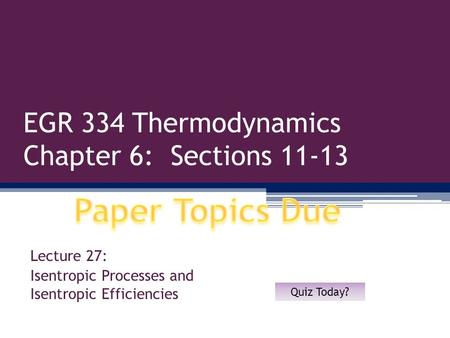 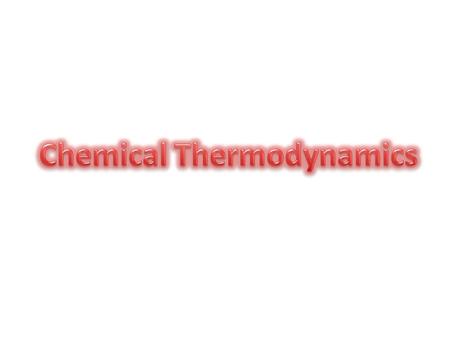 Therme = Heat Dynamikos = work Thermodynamics = flow of heat THERMODYNAMICS Thermodynamics is a branch of science that deals with the study of inter conversion.