3 History All three religions of this region originated in Southwest Asia Judaism Christianity Islam All three religions are monotheistic Meaning you believe in only one god Each religion also has its own sacred text, or book, which stand at the center of their beliefs.

5 Judaism- facts Judaism is the oldest of the three religions. 2000 BCE
Sacred book: The Torah Part of the Hebrew Bible is made up of five books called the Torah which talk about Jewish laws and history

6 Judaism-facts Central belief: one day a human leader will come as a messenger from God and restore the greatness of Israel. This leader is called the messiah Also : Belief in one god, justice, righteousness, and law

7 Judaism- facts Also central to the Jewish religion are the ideas of justice and righteousness in dealing with people Place of Worship: Synagogue Jewish Holidays: Rosh Hashanah, Yom Kippur, Hanukkah and Passover

9 Judaism- origin The Hebrews (Jewish people) lived in Canaan for many years but eventually… The Hebrew people began to migrate to Egypt- probably because of a famine in the area In Egypt they were forced into slavery by the Pharaoh. The Hebrews were eventually freed from slavery by Moses This was called the Exodus

13 Christianity- facts Place of worship: Church
The central belief is: that Jesus is the messiah and died for the sins of man and will return one day to restore the greatness of Israel.

14 Christianity- origins
Origin-1st Century CE Jesus of Nazareth was born in Bethlehem and raised a Jewish boy. At the age of 30 he began to teach ideas that challenged the authority of political and religious leaders He believed that the old laws should be replaced by a simpler system based on love of one’s fellow human beings

16 Christianity- origin con.
After his resurrection, Jesus stayed with his 12 disciples (or apostles) to teach them so they could continue what he had started. 12 apostles spread Jesus’ word after he died As Christianity continued to spread and become popular the Roman leaders became worried. Christians were often arrested or killed for refusing to worship the gods of Rome; forcing many to practice the Christian religion in hiding.

17 Christianity- origin con.
Though the religion was made illegal, it continued to grow and spread Eventually reaching members of the Roman Emperor himself- Constantine. 313 C.E.- Going into battle he had his soldiers fight with the Christian symbol- they won the battle. Shortly after Constantine he removed bans against the practice of Christianity and formed a council of Christian leaders to help unify the religion

19 Islam- Facts The Third religion to develop Origin: 622 CE
Its holy book is called the: Qur’an Place of Worship: Mosque

20 Islam Facts The central belief Allah is their God and Muhammad is the prophet & founder! The Five Pillars – Five main beliefs 1. Believe in only one God and Muhammad 2. Pray in the direction of Mecca 5 times a day 3. Give money to the poor 4. Fast during the holy month of Ramadan 5. Make a journey (Hajj) to Mecca (Saudi Arabia) at least once

22 Islam- origin Muhammad was born in Mecca, Saudi Arabia.
At the age of 40 the angel Gabriel (a figure from the Hebrew Bible) appeared to Muhammad while he was praying in a cave The angel gave him messages from Allah, which he began spreading the teaching of Islam throughout parts of the Middle East.

24 The majority of people living in the Middle East (Southwest Asia) follow ISLAM.

25 Since all 3 major monotheistic religions originated in the Middle East…what are some problems that could arise because of this? 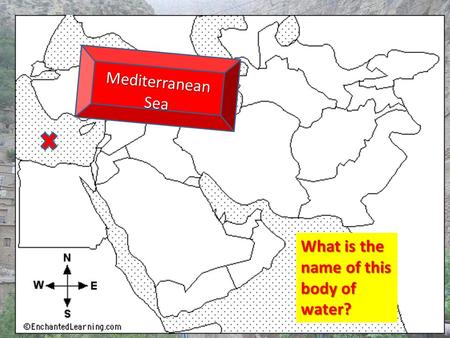 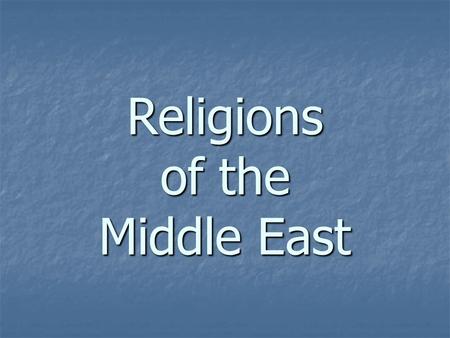 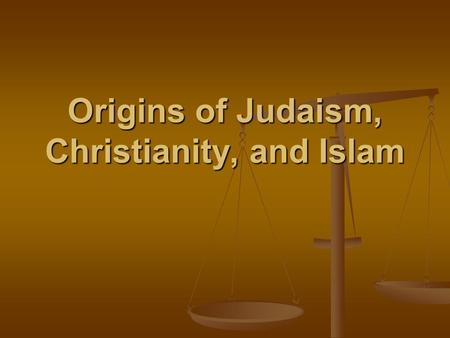 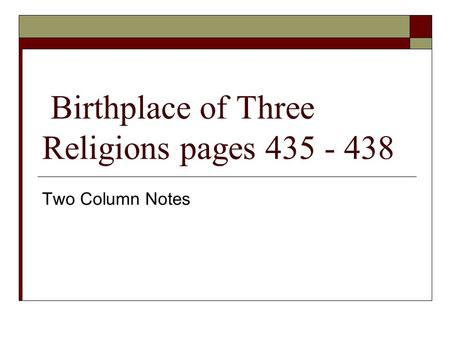 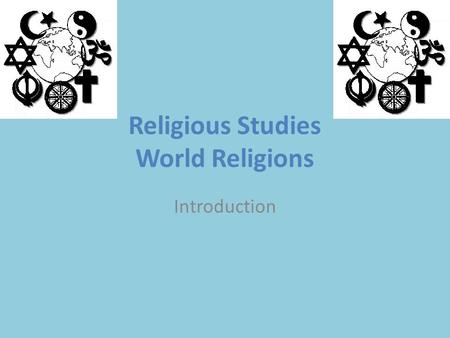 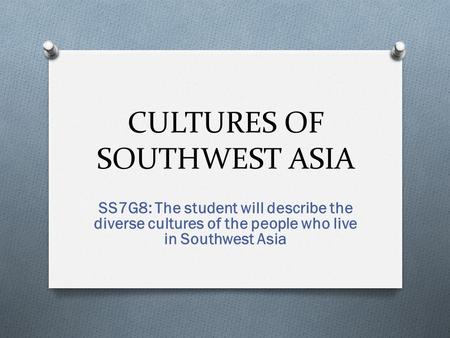 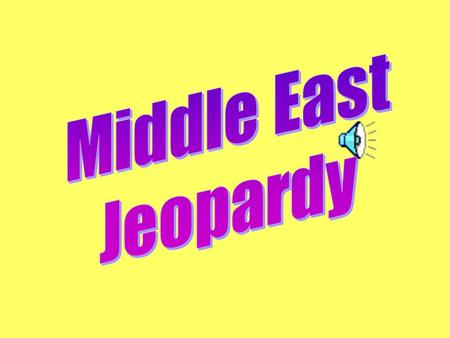