2 A public holiday, national holiday, legal holiday
is a holiday set by law and is usually a non-working day during the year Public holiday = Federal holiday (in the USA)

4 Independence Day also known as the Fourth of July, is a holiday in the celebrating the adoption of the Declaration of Independence on July 4, 1776, declaring independence from the Kingdom of Great Britain. It is commonly associated with fireworks, parades, barbecues, carnivals, fairs, picnics, concerts, baseball games, family reunions, political speeches and ceremonies and various other public and private events

6 Veterans Day is an annual United States holiday honoring military veterans. The holiday is often celebrated by having a ravioli meal.

8 Thanksgiving Day is a harvest festival
Traditionally, it has been a time to give thanks for a bountiful harvest. The event that Americans call the "First Thanksgiving" was celebrated to give thanks to God for helping the Pilgrims of Plymouth Colony survive their first brutal winter in New England.

12 Christmas Day for Christians, the holiday commemorates the birth of Jesus Christ In the days or even weeks before Christmas Day, many people decorate their homes and gardens with lights, Christmas trees and much more. Children often receive a lot of gifts from their parents and other relatives (Santa Claus).

15 Super Bowl Sunday The Super Bowl is the championship game of the National Football League, the premier association of professional American football. It is the second-largest day for U.S. food consumption, after Thanksgiving Day. In most years, the Super Bowl is the most-watched American television broadcast

17 St. Patrick’s Day Saint Patrick's Day is a religious holiday on the 17th of March. It is named after Saint Patrick (387–461), the patron of Ireland. Today, Saint Patrick's Day is widely celebrated in America by Irish and non-Irish alike It is one of the leading days for consumption of alcohol in the United States Seattle and other cities paint the traffic stripe of their parade routes green. Chicago dyes its river green

21 Easter Many churches hold special services on Easter Sunday, which celebrate the Jesus Christ's resurrection after his crucifixion. It is also common to organize Easter egg hunts. Eggs of some form are hidden, supposedly by a rabbit. People, especially children, then search for them.

26 Thank you for attention! 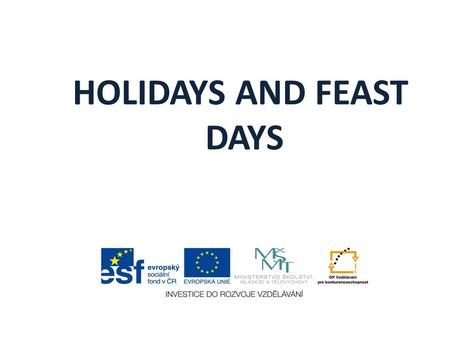 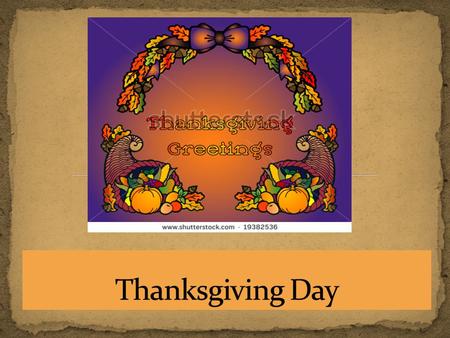 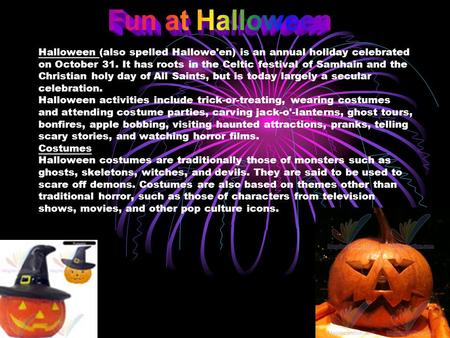 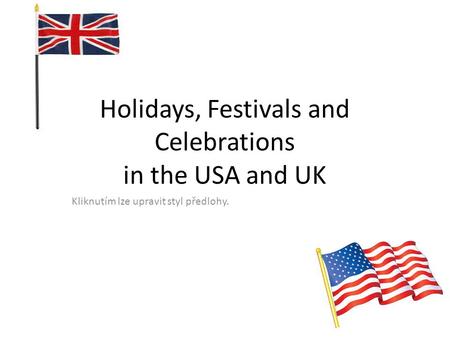 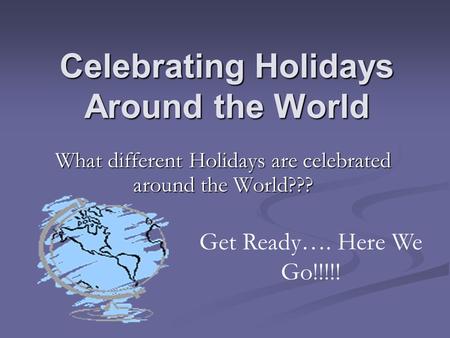 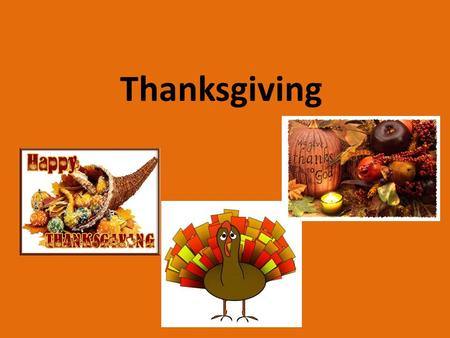 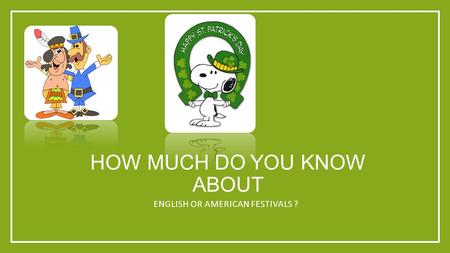 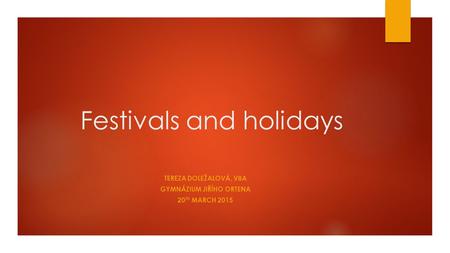 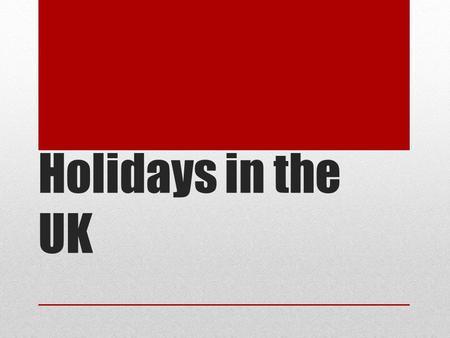 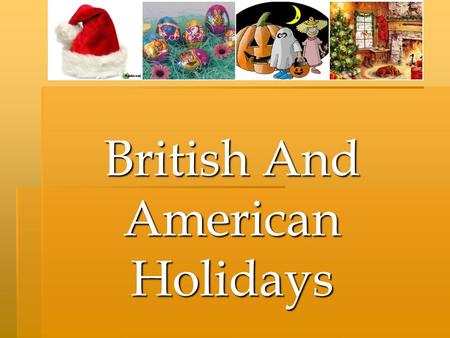 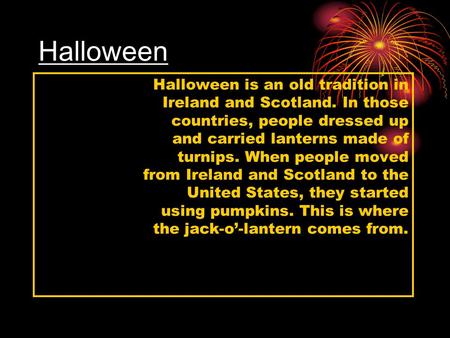 Halloween Halloween is an old tradition in Ireland and Scotland. In those countries, people dressed up and carried lanterns made of turnips. When people. 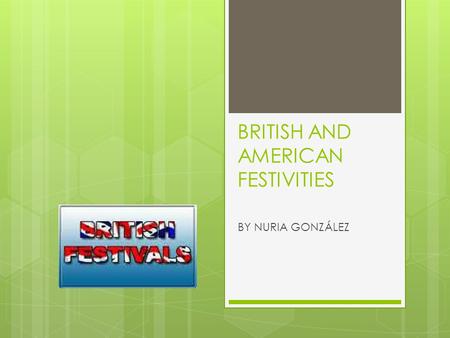 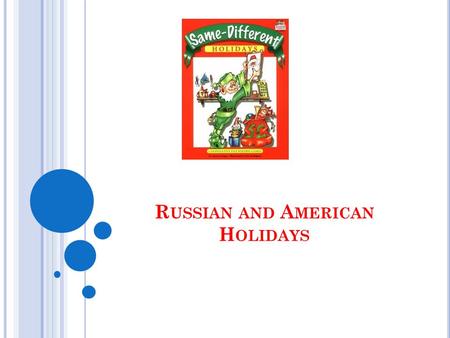 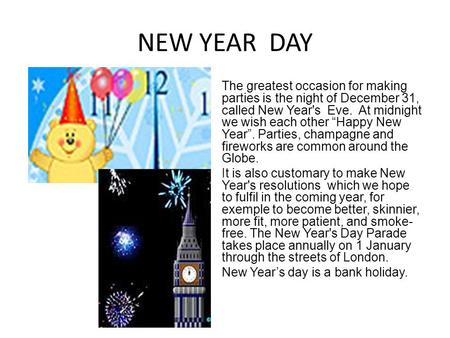 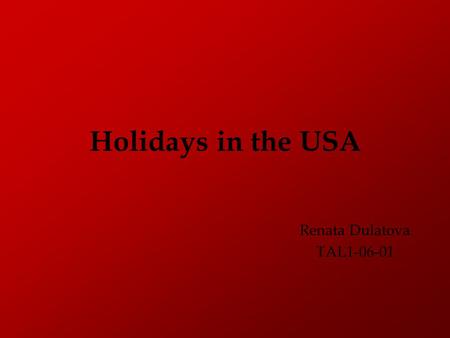 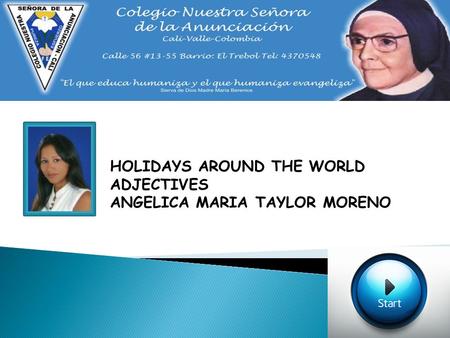