Presentation on theme: "Queen Victoria was the ruling monarch of the time, and was married to her cousin, Prince Albert. The Industrial Revolution was coming into full swing,"— Presentation transcript:

2 Queen Victoria was the ruling monarch of the time, and was married to her cousin, Prince Albert. The Industrial Revolution was coming into full swing, with 80% of the population living in the city by 1900. Cities were organized by social class. Although titles still held great social importance, the aristocracy began to consist of who was wealthiest, rather than who owned the most land. Britain expanded its global empire, acquiring India as one of her many colonies.

3 There were three main classes in the Victorian era. These were: Upper Class – Nobility. The wealthy, powerful and important people. Did not have to work as wealth was often inherited and earned through investments. Middle Class – The families were judged on their size and their material possessions which were often displayed in the home. They worked for money but not physical work. Lower Class – Poor, rural people. The was also known as the “working class” as they did manual labour. This class struggled to survive and worked for the higher classes.

4 Many people attended the theatre as it was a popular form of entertainment. All classes could/wanted to go to the performances. They were suited to all statuses as they involved characters associated with all the social classes. If a play was really good, it could run for around several months, and 75% of London could be expected to see it.

5 Lower Class people lived and worked in poor conditions, workers included women and children, and the hours were very long for very little money. Living conditions were over crowded, poorly ventilated, and very dirty and unclean, no sewage systems or drains. Women often had to do chores around the house and then had to do chores for higher privileged families. Children had to work in factories, while men held jobs for the unskilled. Very poor nutrition, hygiene and health, lack of food. Didn’t take part in the social entertainment

6 Didn’t have to do jobs Lived in big houses with servants Wore Big dresses with expensive fabrics and jewellery Income came form inherited land and investments Middle- Upper class men, premarital sex would have been with servants of prostitutes Upper class women were frowned upon if pregnant before marriage, which was their established carrier.

Download ppt "Queen Victoria was the ruling monarch of the time, and was married to her cousin, Prince Albert. The Industrial Revolution was coming into full swing," 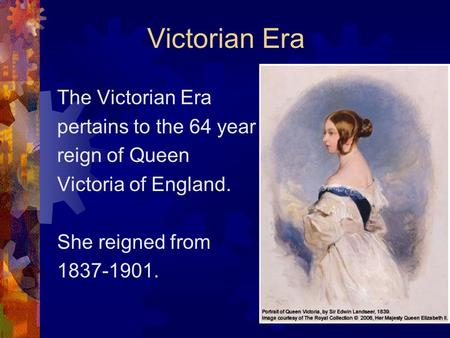 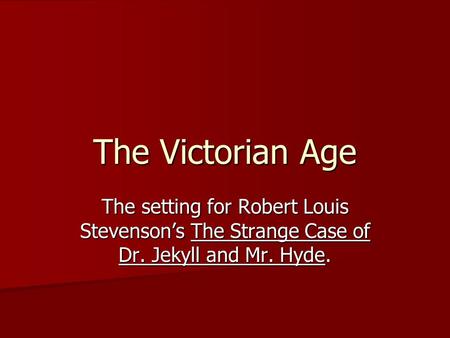 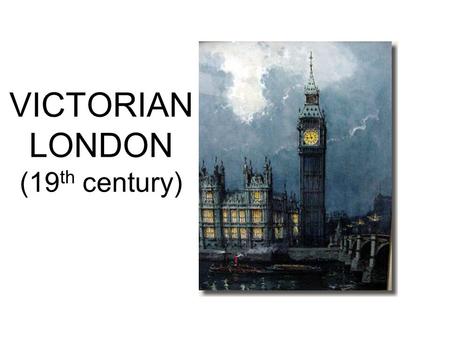 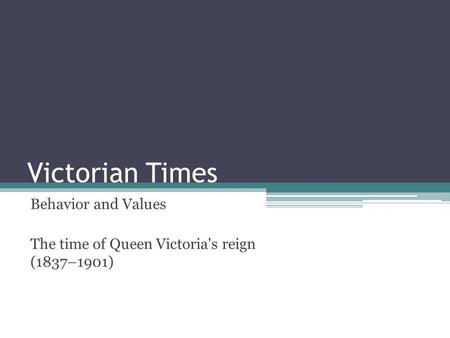 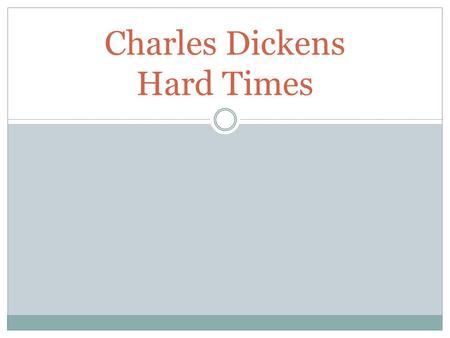 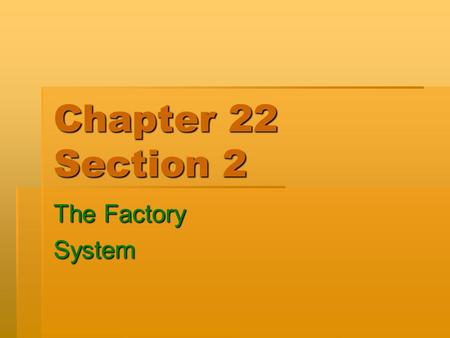 Chapter 22 Section 2 The Factory System. How Machines Affected Work  It was no longer necessary for a person to go through years of study to become an. 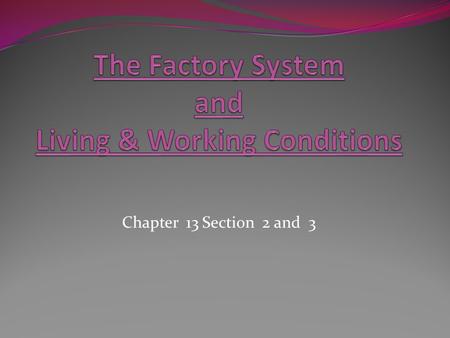 Chapter 13 Section 2 and 3. I.) Machines Change the Workforce A. Unskilled workers learned to operate machine in a few days B. Women and Children 1. could. 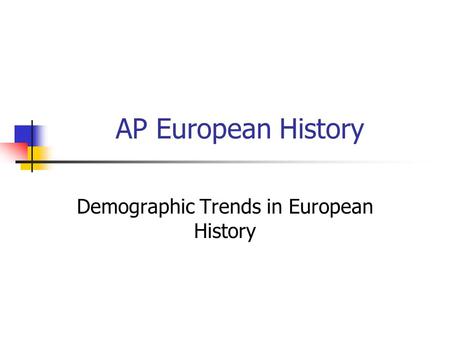 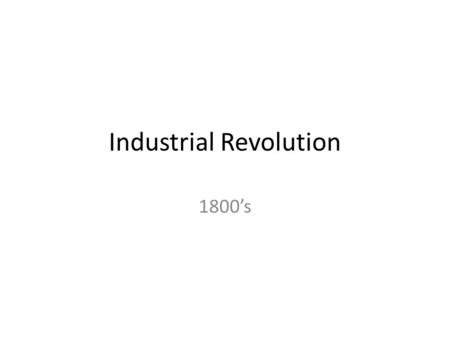 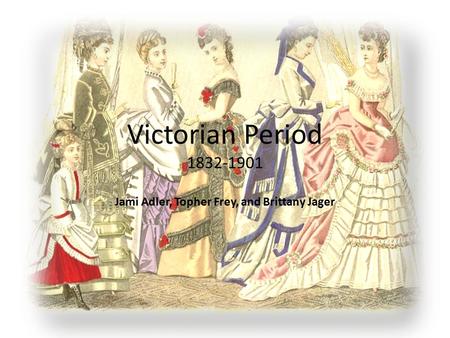 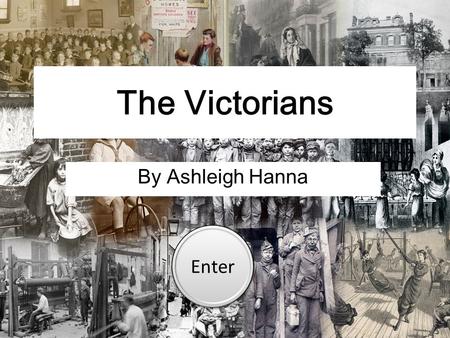 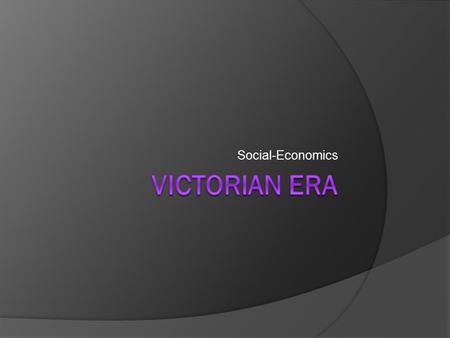 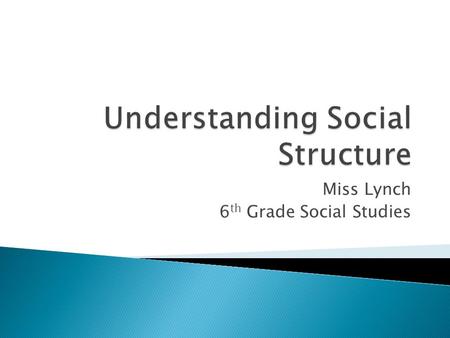 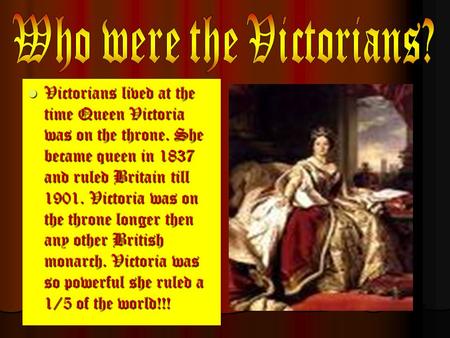 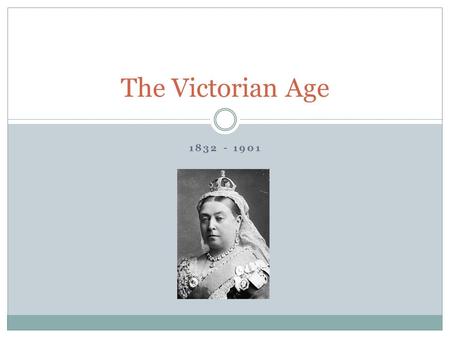 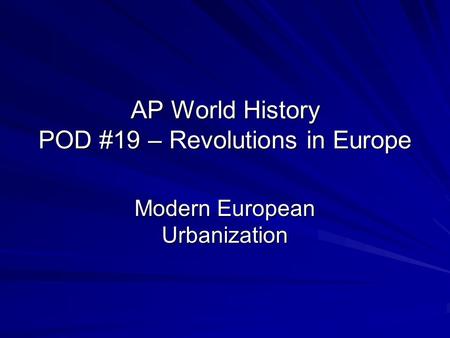 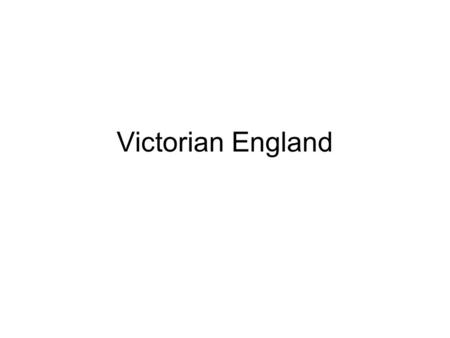