Presentation on theme: "A LOOK AT PERSONALITY THEORIES AND ASSESSMENTS"— Presentation transcript:

1 A LOOK AT PERSONALITY THEORIES AND ASSESSMENTS

2 PERSONALITY What is Personality? People differ from each other in
meaningful ways People seem to show some consistency in behavior Personality is defined as distinctive and relatively enduring ways of thinking, feeling, and acting PERSONALITY

4 Traits are relatively stable and consistent personal characteristics
Trait personality theories suggest that a person can be described on the basis of some number of personality traits Allport identified some 4,500 traits Cattel used factor analysis to identify basic traits Eysenck argued there are 3 distinct traits in personality • Extraversion/introversion • Neuroticism • Psychotocism PERSONALITY TRAITS

5 Trait Theorists: The Five-Factor Model
Openness (original and open to new ideas vs. conventional and narrow in interests) Conscientiousness (responsible and organized vs. irresponsible and careless) Extroversion (sociable and talkative vs. withdrawn and quiet) Agreeableness (trusting and good-natured vs. suspicious and ruthless) Neuroticism (emotionally unstable and moody vs. emotionally stable and easygoing) Trait Theorists: The Five-Factor Model

7 PSYCHOANALYTIC THEORY
Psychoanalytic theory, as devised by Freud, attempts to explain personality on the basis of unconscious mental forces Levels of consciousness: We are unaware of some aspects of our mental states Freud argued that personality is made up of multiple structures, some of which are unconscious Freud argued that as we have impulses that cause us anxiety; our personality develops defense mechanisms to protect against anxiety PSYCHOANALYTIC THEORY

8 Levels of Consciousness – Conscious What we’re aware of – Preconscious Memories etc. that can be recalled – Unconscious Wishes, feelings, impulses that lie beyond awareness Structures of Personality – Id Operates according to the “pleasure principle” (crying infant) – Ego the “reality” principle, meet the needs of the id, while considering reality – Superego Contains values and ideals, right and wrong FREUDIAN THEORY

10 Freud’s work lays the groundwork for all subsequent personality theories.
It is the most comprehensive theory—he tries to explain everything humans are and do. Why study Freud?

13 Psychosexual stages: Freudian idea of five developmental periods key to personality development
*Personality is mostly established by the age of five. *Early experiences play a large role in personality development and continue to influence behavior later in life. *Said that personality develops through a series of childhood stages during which the pleasure- seeking energies of the ID become focused on certain erogenous areas. This energy (the libido) is the driving force behind behavior.

15 Freud said that psychosocial development is usually halted in one of the first three stages when a child becomes fixated (stuck) in one of the developmental conflicts. We become fixated when we receive too little or too much pleasure in any given stage. So, when fixated people encounter stress in their adult lives, they regress to that stage. Fixation

16 THE ORAL STAGE Birth to 18 months
Child is focused on oral pleasures such as rooting and sucking. The mouth is vital for eating and the infant derives pleasure from the oral stimulation through gratifying activities such as tasting and sucking. Too much or too little gratification can result in an oral fixation or oral personality— preoccupied with oral activities such as smoking, drinking, eating, biting nails. THE ORAL STAGE

18 THE PHALLIC STAGE Ages 3 to 6 Pleasure zone switches to the genitals.
Oedipus Complex: According to Freud, boys develop unconscious sexual desires for their mothers. Boy then becomes a rival with father- competes for mother’s attention. Wanting to possess the mother and replace the father Child also fears that he will be punished for this-castration anxiety. THE PHALLIC STAGE

19 GIRLS- later it was decided that they went thru same thing—called Electra Complex.
Freud disagreed with this and said instead that girls experience penis envy. According to Freud, out of fear of castration and due to the strong competition of father— boy develops masculine characteristics, and represses his sexual feelings. Fixation in this stage: could result in sexual deviancies and weak or confused sexual identity. THE PHALLIC STAGE

20 LATENCY STAGE Age six to puberty Libido interests are suppressed.
Development of ego and superego contribute to this calm. Begins around time that kids start school and become concerned with peer relationships, hobbies and other interests. Important to development of social and communication skills and self-confidence. LATENCY STAGE

21 GENITAL STAGE Puberty on…. Final stage of psychosexual development.
Individual develops a strong sexual interest in the opposite sex. Interests in the welfare of others grows during the stage. If the other stages have been successfully completed, person should be well- balanced, warm, and caring. GENITAL STAGE

23 EVALUATING FREUD’S THEORY
Difficult to test, but the evidence that has been gathered is not favorable. The crucial events (e.g., how the libido is used) are unobservable, and there are no good means to measure them. There is an awfully long time between the occurrence of the causal stimulus and its presumed effect; relationships between early events and later traits tend to be weak and inconsistent. This theory of development was conceived without studying children; rather, it was developed from patients' recollections, dreams and free associations. EVALUATING FREUD’S THEORY

Download ppt "A LOOK AT PERSONALITY THEORIES AND ASSESSMENTS" 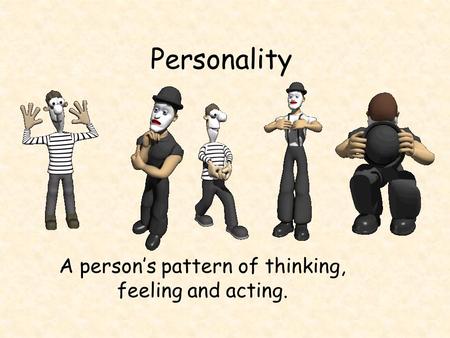 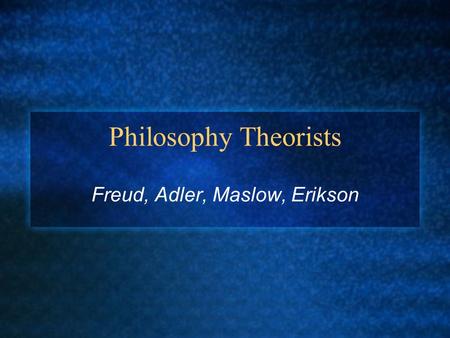 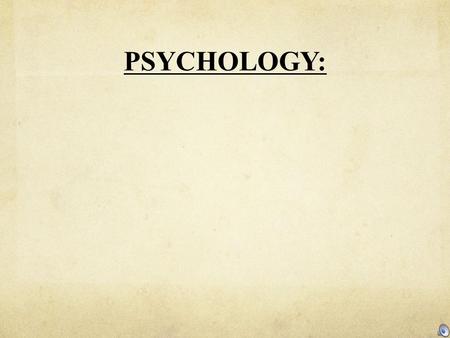 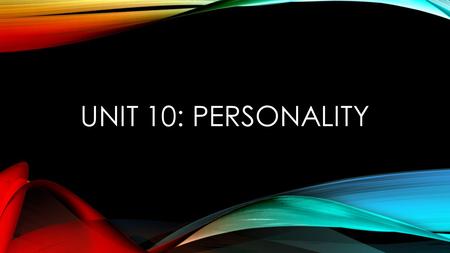 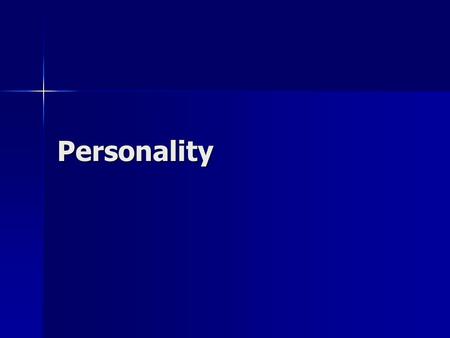 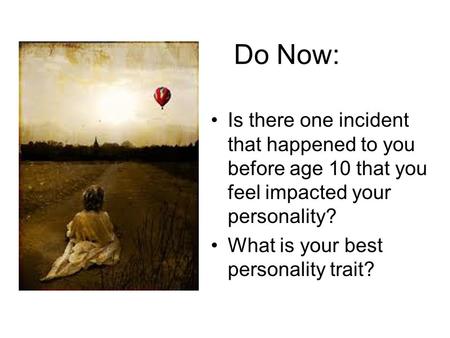