2 Taxation without Representation 1.2-1.3 Analyze the causes of the American Revolution

3 Sugar Act New Prime Minister of the colonies, George Greenville (disliked by colonies) got parliament to pass the Sugar Act in 1764 witch placed a tax on sugar products. As a result the colonists got very angry!

4 Stamp Act Parliament passed the Stamp Act next, which required a special stamped paper for every legal document. The colonists decided to boycott European goods so the Stamp Act was repealed.

5 Townshend Acts In 1767, Parliament passed the Townshend Acts that put taxes on imported goods. Colonists said it was “taxation without representation” The colonies set up the “committees of correspondence” to exchange letters & ideas about all the things England was doing wrong.

6 War looming The Tea Act, which placed a tax on tea, cut colonial merchants out of profit. Dec. 16, 1773 Boston merchants dressed up like Indians boarded 3 English ships & dumped tea into the harbor (15,000 pounds). This event is called the Boston Tea Party. King George III was angry with this so he passed the Intolerable Acts that shut down the Boston Harbor & quartered soldiers in the colonist’s homes. General Thomas Gage placed Boston under martial

7 War begins In 1774, delegates from the colonies met in Philadelphia and wrote a “declaration” of colonial rights. This meeting is called the 1st Continental Congress. Paul Revere (April 18, 1775) warns colonists that British are coming. The taxes have led to dissatisfaction with British rule, which is leading to war. 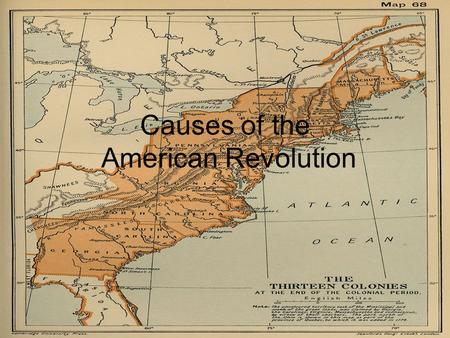 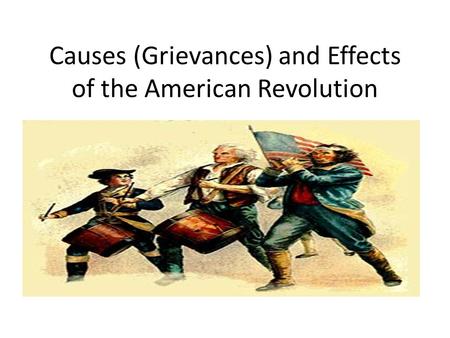 Causes (Grievances) and Effects of the American Revolution. 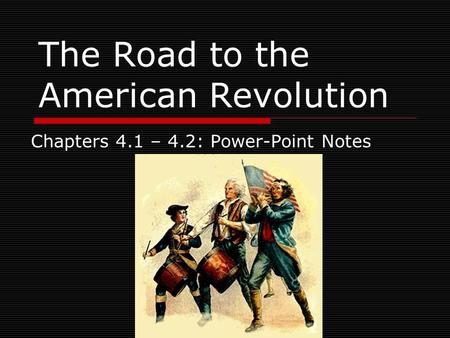 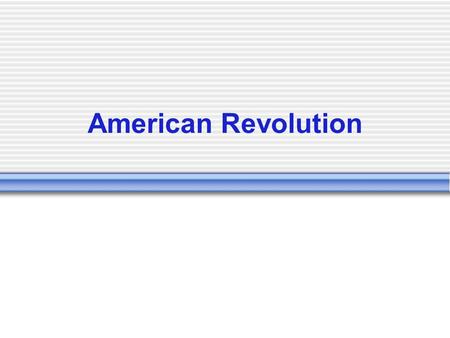 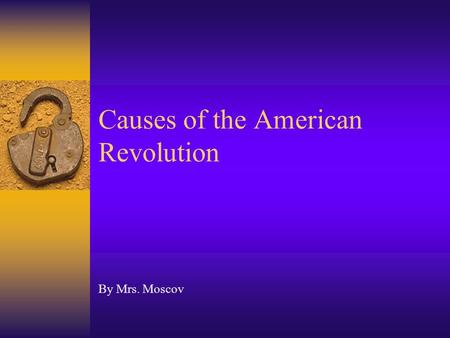 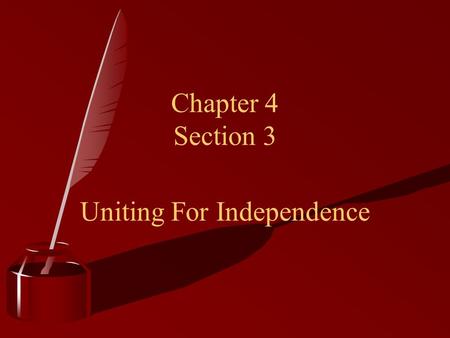 Chapter 4 Section 3 Uniting For Independence. After The French & Indian War British were 130 million in debt The British were spending more on customs. 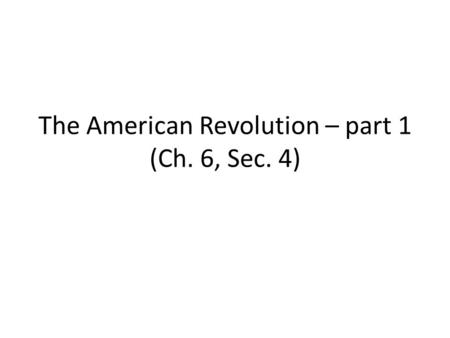