7 Traumatic Event Leads to Quest Death of aunt and uncle

9 Journey and Unhealable Wound Luke reaches the lowest point in his journey when he faces Vader at Bespin, very much unprepared for the battle. He loses his right hand and, after discovering Vader is his father, jumps to possible death rather than join him. Here, Luke experiences both a physical and emotional wound.

10 Departure Five Steps 1.The Call to Adventure 2.Refusal of the Call 3.Supernatural Aid 4.The Crossing of the first Threshold 5.The Belly of the Whale

16 Initiation (meets Chewy and Hans Solo) 6. The Road of Trials 7. The meeting with the Goddess 8. Woman as Temptress 9. Atonement with Father 10.Apotheosis 11. The Ultimate Boon

17 The Road of Trials Series of tests undergo to cross over space Lightsaber exercises Learning to control the force (defeated @ first, and then gives into the force and succeeds)

18 Meeting with Goddess Meets Princess Leia to rescue her

20 Atonement with Father Encounter with strong male power Trying to blow up spaceship vs. Darth Luke chooses the good side and atones for his father's sins (choosing the Dark Side). His father atones for his own past by killing the Emperor to save Luke's life.

21 Spiritual Apotheosis God-like state of hero or spiritual gain At the end, we see Anakin, Yoda, and Obi-wan in spiritual form, implying that when Luke eventually dies, his spirit will live on.

23 The Return 12. Refusal of the Return 13. The magic flight 14. Rescue from without 15. The crossing of the return threshold 16. Master of the two worlds 17. Freedom to live

28 Master of the Two Worlds Achieving balance between two worlds 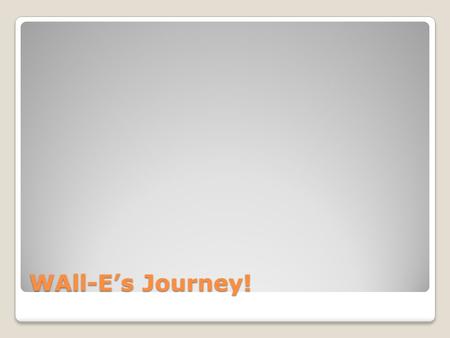 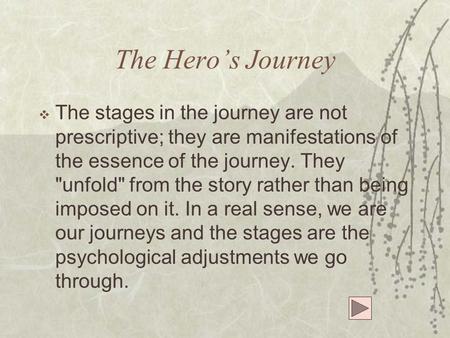 The Hero’s Journey The stages in the journey are not prescriptive; they are manifestations of the essence of the journey. They "unfold" from the story. 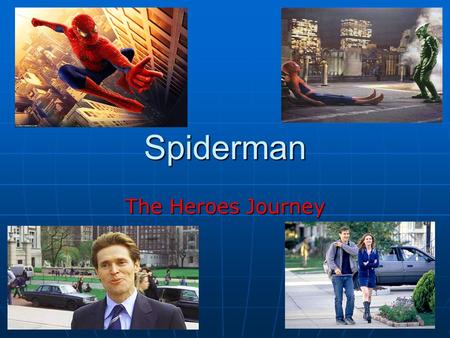 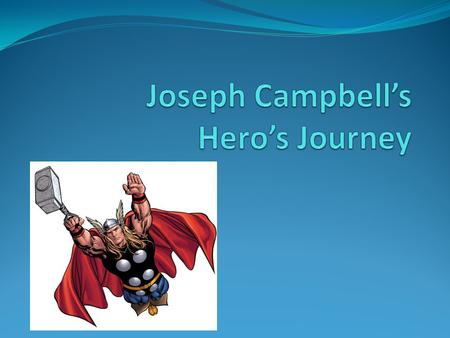 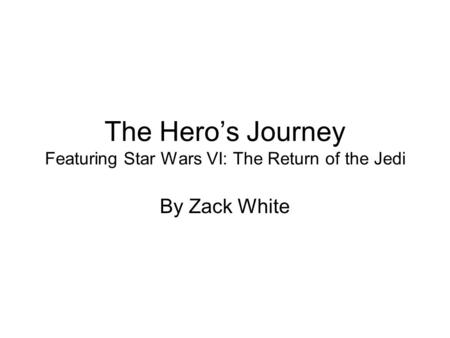 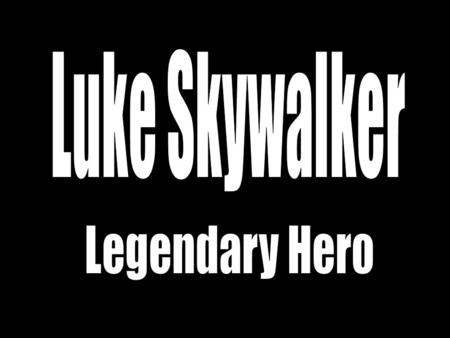 Characteristics of Heroes Humble background, but of noble heritage Has a mentor and friends who help him Acquires unique weapon / skills Goes on a quest. 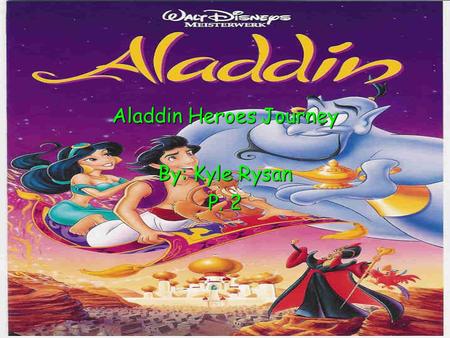 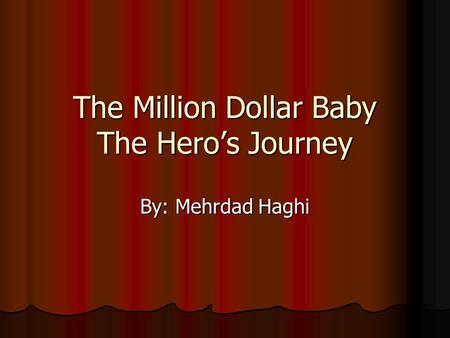 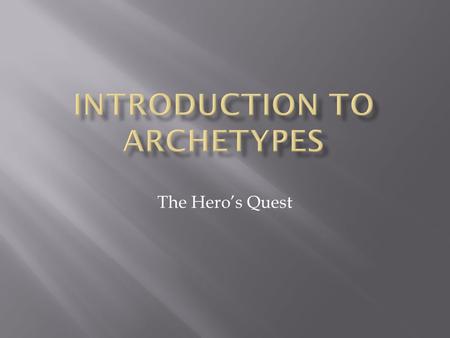 The Hero’s Quest.  An archetype is a universal symbolic pattern. ( There can be archetypal characters and archetypal stories. 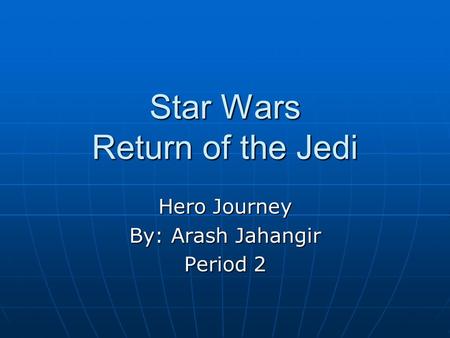