2 Mathematical Practices 1. Attend to precision 2. Construct viable arguments and critique the reasoning of others 3. Make sense of problems and persevere in solving them 4. Look for and make use of structure 5. Look for and express regularity in repeated reasoning 6. Reason abstractly and quantitatively 7. Model with mathematics 8. Use appropriate tools strategically

6 Grade 7 Overview Ratios and Proportional Relationships Analyze proportional relationships and use them to solve real-world and mathematical problems. The Number System Apply and extend previous understandings of operations with fractions to add, subtract, multiply, and divide rational numbers. Expressions and Equations Use properties of operations to generate equivalent expressions. Solve real-life and mathematical problems using numerical and algebraic expressions and equations. Geometry Draw, construct and describe geometrical figures and describe the relationships between them. Solve real-life and mathematical problems involving angle measure, area, surface area, and volume. Statistics and Probability Use random sampling to draw inferences about a population. Draw informal comparative inferences about two populations. Investigate chance processes and develop, use, and evaluate probability models.

7 Grade 8 Overview The Number System Know that there are numbers that are not rational, and approximate them by rational numbers. Expressions and Equations Work with radicals and integer exponents. Understand the connections between proportional relationships, lines, and linear equations. Analyze and solve linear equations and pairs of simultaneous linear equations. Functions Define, evaluate, and compare functions. Use functions to model relationships between quantities. Geometry Understand congruence and similarity using physical models, transparencies, or geometry software. Understand and apply the Pythagorean Theorem. Solve real-world and mathematical problems involving volume of cylinders, cones and spheres. Statistics and Probability Investigate patterns of association in bivariate data.

10 Overview of the Mathematics Standards High School Functions  Interpreting Functions  Building Functions  Linear, Quadratic, and Exponential Models  Trigonometric Functions Modeling Modeling is best interpreted not as a collection of isolated topics but rather in relation to other standards. Making mathematical models is a Standard for Mathematical Practice, and specific modeling standards appear throughout the high school standards indicated by a star symbol (*).

13 How to Read Grade Level Standards

14 Ratios and Proportional Relationships 6.RP Ratios 1.Understand the concept of a ratio and use ratio language to describe a ratio relationship between two quantities. For example, “The ratio of wings to beaks in the bird house at the zoo was 2:1, because for every 2 wings there was 1 beak.” “For every vote candidate A received, candidate C received nearly three votes.” 2. Understand the concept of a unit rate a/b associated with a ratio a:b with b ≠ 0, and use rate language in the context of a ratio relationship. For example, “This recipe has a ratio of 3 cups of flour to 4 cups of sugar, so there is 3/4 cup of flour for each cup of sugar.” “We paid $75 for 15 hamburgers, which is a rate of $5 per hamburger.” 1 1 Expectations for unit rates in this grade are limited to non-complex fractions.

15 Ratios and Proportional Relationships 6.RP Ratios 3. Use ratio and rate reasoning to solve real-world and mathematical problems, e.g., by reasoning about tables of equivalent ratios, tape diagrams, double number line diagrams, or equations. a. Make tables of equivalent ratios relating quantities with whole-number measurements, find missing values in the tables, and plot the pairs of values on the coordinate plane. Use tables to compare ratios. b. Solve unit rate problems including those involving unit pricing and constant speed. For example, if it took 7 hours to mow 4 lawns, then at that rate, how many lawns could be mowed in 35 hours? At what rate were lawns being mowed? c. Find a percent of a quantity as a rate per 100 (e.g., 30% of a quantity means 30/100 times the quantity); solve problems involving finding the whole, given a part and the percent. d. Use ratio reasoning to convert measurement units; manipulate and transform units appropriately when multiplying or dividing quantities.

17 Arithmetic with Polynomials and Rational Expressions A-APR Perform arithmetic operations on polynomials 1. Understand that polynomials form a system analogous to the integers, namely, they are closed under the operations of addition, subtraction, and multiplication; add, subtract, and multiply polynomials. Understand the relationship between zeros and factors of polynomials 2. Know and apply the Remainder Theorem: For a polynomial p(x) and a number a, the remainder on division by x – a is p(a), so p(a) = 0 if and only if (x – a) is a factor of p(x). 3. Identify zeros of polynomials when suitable factorizations are available, and use the zeros to construct a rough graph of the function defined by the polynomial.

18 Arithmetic with Polynomials and Rational Expressions A-APR Use polynomial identities to solve problems 4. Prove polynomial identities and use them to describe numerical relationships. For example, the polynomial identity (x2 + y2)2 = (x2 – y2)2 + (2xy)2 can be used to generate Pythagorean triples. 5. (+) Know and apply the Binomial Theorem for the expansion of (x+ y)n in powers of x and y for a positive integer n, where x and y are any numbers, with coefficients determined for example by Pascal’s Triangle.1 PLUS SIGN— All standards without a (+) symbol should be in the common mathematics curriculum for all college and career ready students. Standards without a (+) symbol may also appear in courses intended for all students. 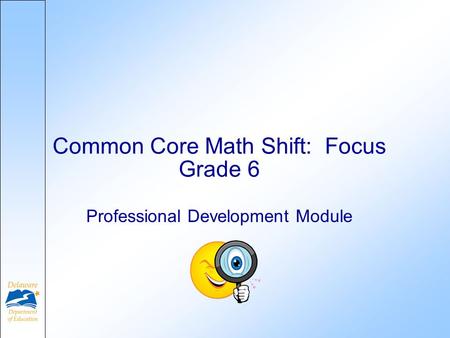 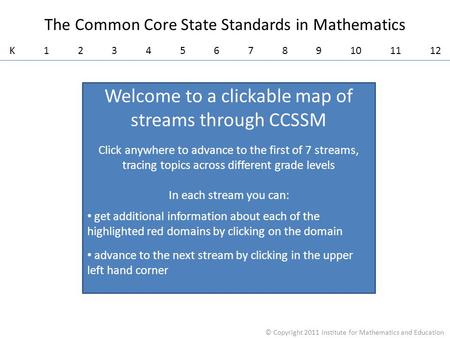 K The Common Core State Standards in Mathematics © Copyright 2011 Institute for Mathematics and Education Welcome to a clickable. 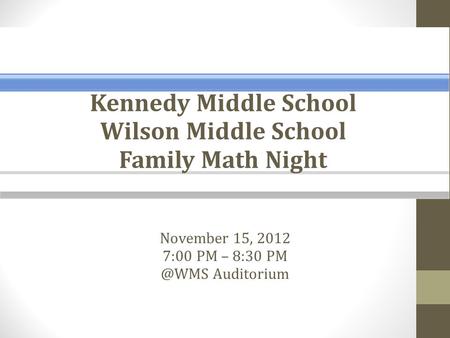 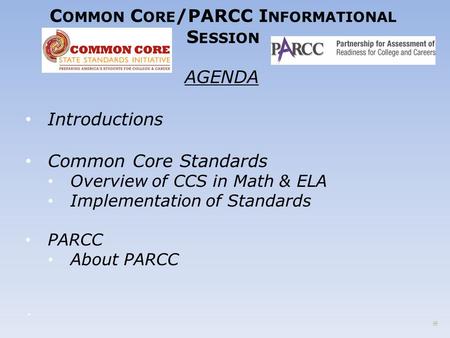 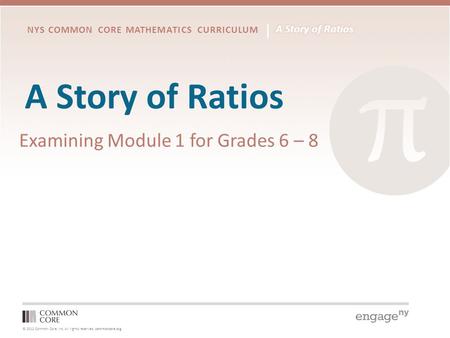 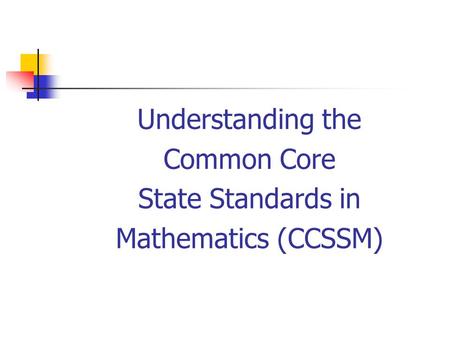 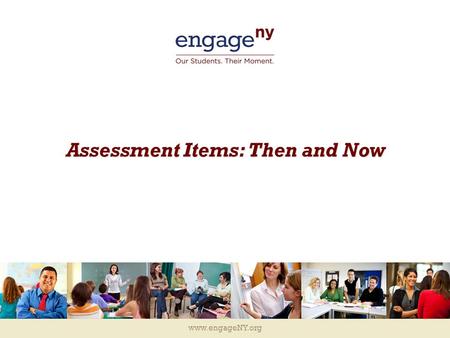 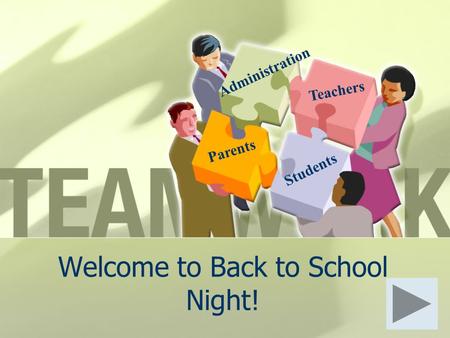 Welcome to Back to School Night! 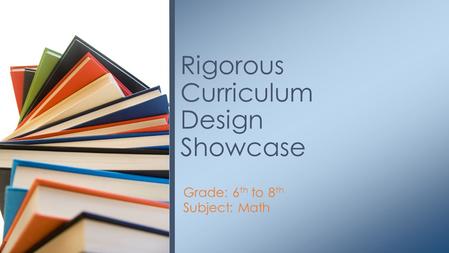 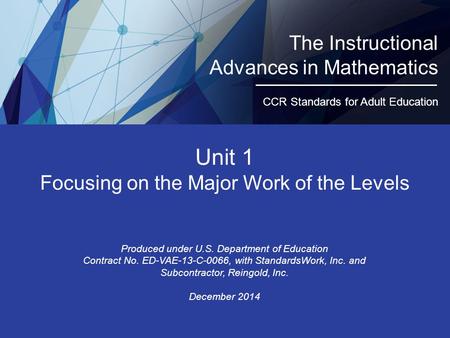 Unit 1 Focusing on the Major Work of the Levels Produced under U.S. Department of Education Contract No. ED-VAE-13-C-0066, with StandardsWork, Inc. and. 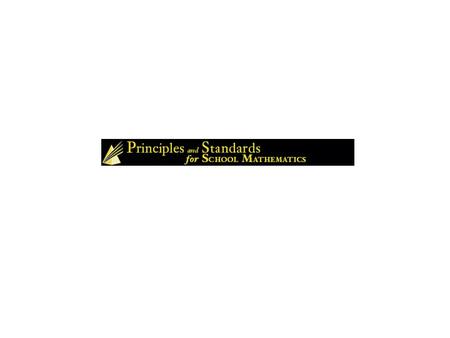 Number and Operations Standard Instructional programs from prekindergarten through grade 12 should enable all students to— Understand numbers Understand. 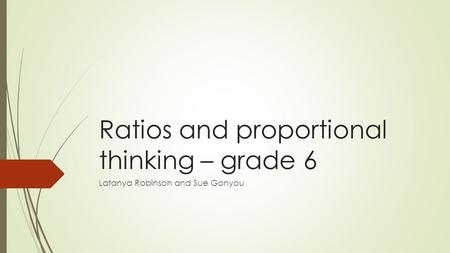 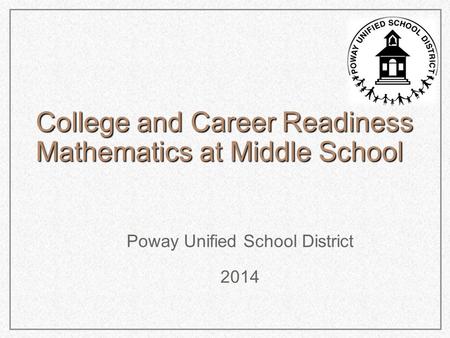 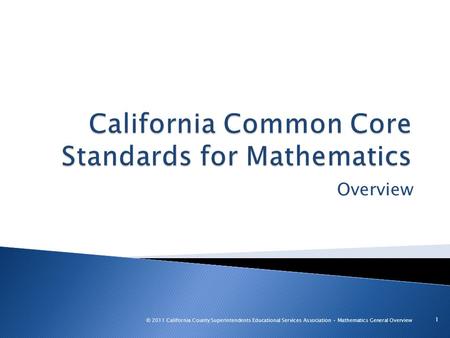 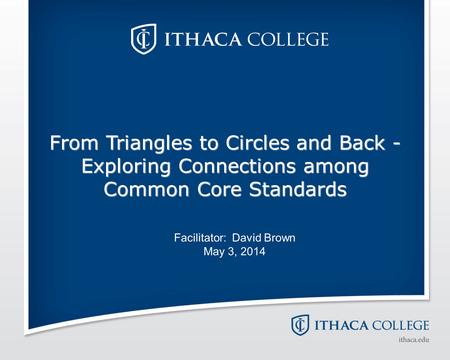 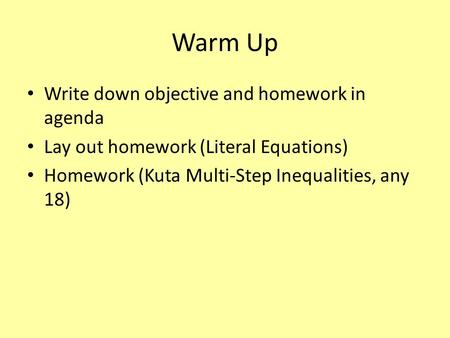 Warm Up Write down objective and homework in agenda Lay out homework (Literal Equations) Homework (Kuta Multi-Step Inequalities, any 18) 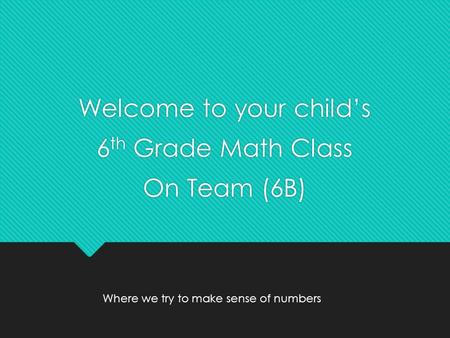 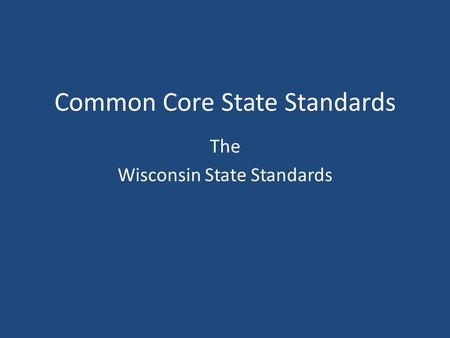 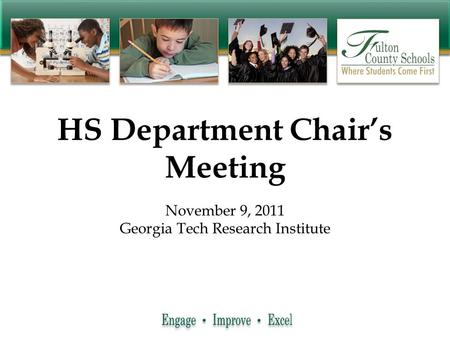 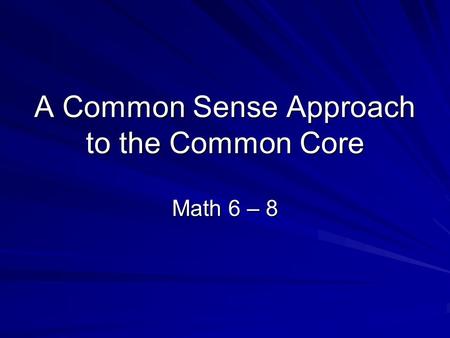 A Common Sense Approach to the Common Core