4 Human Security Framework
Emphasis on protecting individuals, in terms of both freedom from fear and freedom from want This means safety from chronic or sudden threats including sexual violence, hunger, human rights abuses, disease and repression Human security should be linked to empowerment so that people are enabled to protect their own dignity, livelihood and survival

5 Importance of Women to Human Security
The inclusion of women’s different life experiences, perspectives, priorities and participation in issues of Security helps to build sustainable peace and development

7 Women, Security & Peacebuilding
Without public standing, including political participation, women cannot play a role in community building and conflict prevention. Without physical security and respect for human rights, women and girls may be vulnerable to sexual exploitation and unable to defend themselves against HIV/AIDS. Without economic security, women and girls cannot educate and empower their children. All of this threatens medium and long-term prospects for peace and development.

8 Gender Basics Definition of Gender : The term gender refers to the social differences between females and males throughout the life cycle that are learned, and though deeply rooted in every culture, are changeable over time and have wide variations both within and between cultures. “Gender” determines the roles, power and resources for females and males in any culture.

10 Implications SCR 1325 recognizes that men and women experience security differently and that to build sustainable peace women need to be fully involved.

14 Is SCR 1325 Legally Binding? Article 25 of the United Nations Charter requires Member States to carry out all decisions of the Security Council

16 Women’s Participation
The Resolution reaffirms “the important role of women in the prevention and resolution of conflicts and in peace-building, and stressing the importance of their equal participation and full involvement in all efforts for the maintenance and promotion of peace and security […]”. Preamble Provisions: 1, 2, 3, 4 Examples Increasing the number of women in decision making Nominating women as representatives Ensuring women’s involvement in peace negotiations Consulting with women’s and women’s organizations

17 Protection of Women & Girls
The resolution reaffirms “the need to implement fully international humanitarian and human rights law that protects the rights of women and girls during and after conflicts […]” (Articles: 9, 10, 11) Examples Including human trafficking as an issue in determining boarder protection policies Training police on how to respond to domestic violence Including sexual violence in any reparations or peace negotiations discussions Themes: peacekeeping operations, conflict prevention and peacebuilding (including civil society), peace negotiations and agreements, human rights violations (including SGBV), other protection of civilians and humanitarian assistance issues, refugees & IDPs, Disarmament, demobilization, repatriation, reintegration & resettlement, constitutions, justice and security sector reform, governance & electoral processes, rule of law & human rights institutions & mechanisms, gender equality & post-conflict reconstruction, SEA (including training on gender & HIV/AIDS) reporting by the SG on gender mainstreaming in peacekeeping missions & on all other aspects relating to women and girls 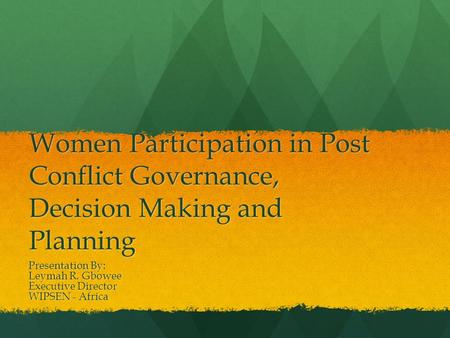 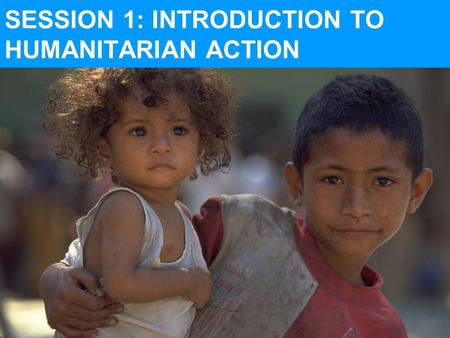 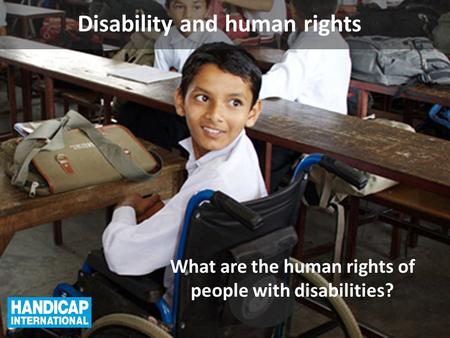 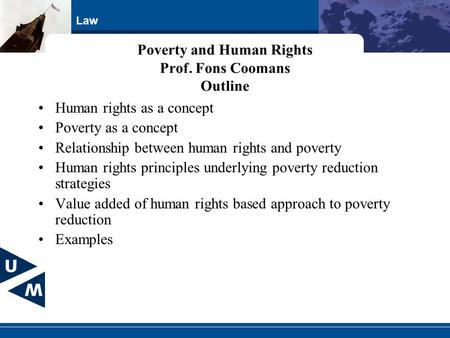 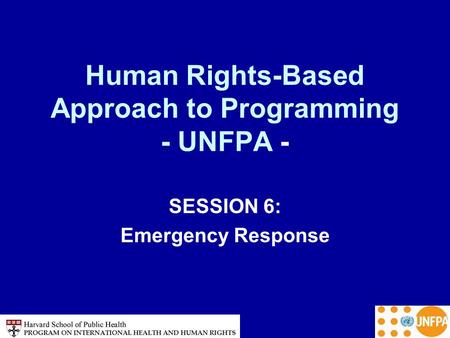 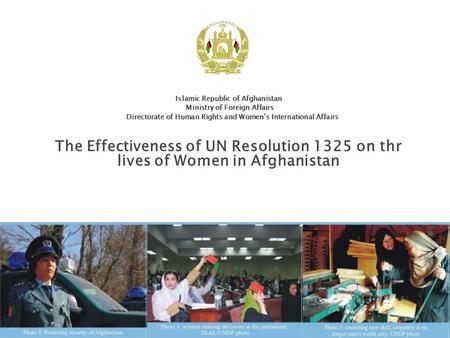 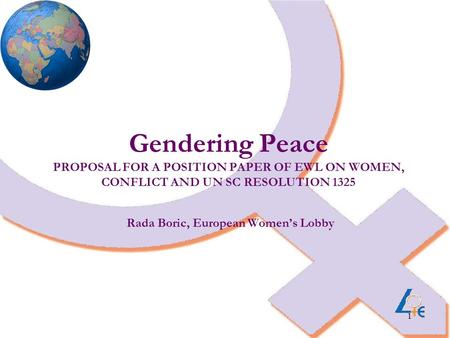 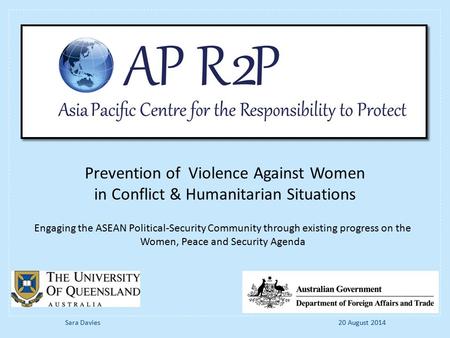 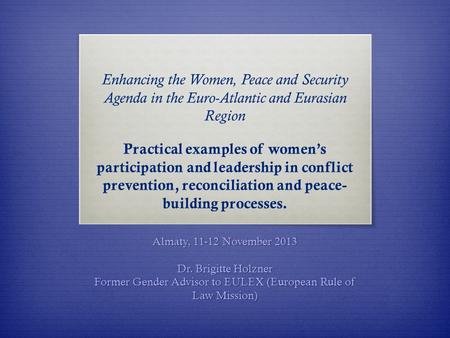 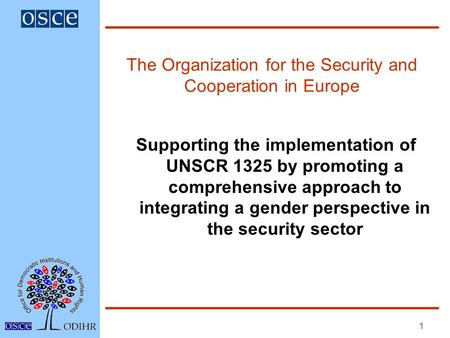 1 The Organization for the Security and Cooperation in Europe Supporting the implementation of UNSCR 1325 by promoting a comprehensive approach to integrating.