4 ADMITTANCE AND SUSCEPTANCE
In ac circuits, we define admittance (Y) as being equal to 1/Z, just as conductance (G) is related to 1/R in dc circuits. The unit of measurement for admittance is siemens (SI system), which has the symbol S. Admittance is a measure of how well an ac circuit will admit, or allow, current to flow in the circuit. The larger the value of admittance, the heavier the current flow for the same applied potential.

5 ADMITTANCE AND SUSCEPTANCE
The total admittance of a circuit can also be found by finding the sum of the parallel admittances. The total impedance ZT of the circuit is then 1/YT

6 ADMITTANCE AND SUSCEPTANCE
We know that conductance is the reciprocal of resistance, and The reciprocal of reactance (1/X) is called susceptance and is a measure of how susceptible an element is to the passage of current through it. Susceptance is also measured in siemens and is represented by the capital letter B.

7 ADMITTANCE AND SUSCEPTANCE
For the inductor, . where . thus For the capacitor,

8 ADMITTANCE AND SUSCEPTANCE
For parallel ac circuits, the admittance diagram is used with the three admittances, represented as shown in fig Note that the conductance (like resistance) is on the positive real axis, whereas inductive and capacitive susceptances are in direct opposition on the imaginary axis.

11 ADMITTANCE AND SUSCEPTANCE
EXAMPLE - For the network of fig: Find the admittance of each parallel branch. Solution:

12 ADMITTANCE AND SUSCEPTANCE
EXAMPLE - For the network of fig: Determine the input admittance. Calculate the input impedance. Solution: .

13 ADMITTANCE AND SUSCEPTANCE
EXAMPLE - For the network of fig: Draw the admittance diagram. Solution:

19 PARALLEL ac NETWORKS Example R-L-C Circuit
Step 4 – Apply KCL at nodes to verify the results or find unknown current Step 5 - Make Phasor Diagram Note that the impressed voltage E is in phase with current IR through resistor, leads current IL through inductor by 90°, and lags current IC of capacitor by 90°.

26 FREQUENCY RESPONSE OF PARALLEL R-L NETWORK
Let us now note the impact of frequency on the total impedance and inductive current for the parallel R-L network The fact that the elements are now in parallel, the element with the smallest impedance will have the greatest impact on total impedance ZT at that frequency

27 FREQUENCY RESPONSE OF PARALLEL R-L NETWORK
XL is very small at low frequencies compared to R, establishing XL as the predominant factor in the specified frequency range In other words, at low frequencies the network will be primarily inductive, and the angle associated with the total impedance will be close to 90°, as with a pure inductor.

28 FREQUENCY RESPONSE OF PARALLEL R-L NETWORK
As the frequency increases, XL will increase and at particular frequency it equals the impedance of the resistor in circuit which can be determined in the manner: XL = R, thus πf2L = R

29 FREQUENCY RESPONSE OF PARALLEL R-L NETWORK
Plots of θT versus frequency also reveals the transition from an inductive network to resistive characteristics.

30 FREQUENCY RESPONSE OF PARALLEL R-L NETWORK
A series R-C and a parallel R-L network will have an impedance level that approaches the resistance of the network at high frequencies. The (R-C series) capacitive circuit approaches the level from above, whereas the (R-L parallel) inductive network does the same from below. Conversely, for the series R-L circuit and the parallel R-C network, the total impedance will begin at the resistance level and then display the characteristics of the reactive elements at high frequencies.

31 SUMMARY: PARALLEL ac NETWORKS
The total admittance (impedance) will be frequency dependent. The impedance of any one element can be less than the total impedance (recall that for dc circuits the total resistance must always be less than the smallest parallel resistor). Depending on the frequency applied, the same network can be either predominantly inductive or predominantly capacitive. At lower frequencies the inductive elements will usually have the most impact on the total impedance, while at high frequencies the capacitive elements will usually have the most impact. The magnitude of the current through any one branch can be greater than the source current. 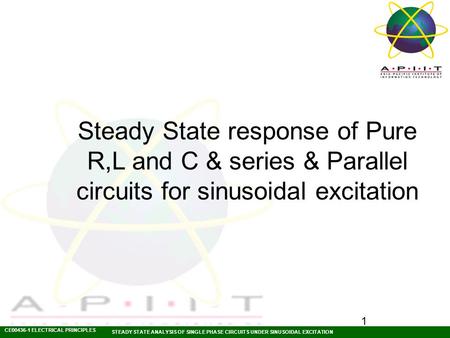 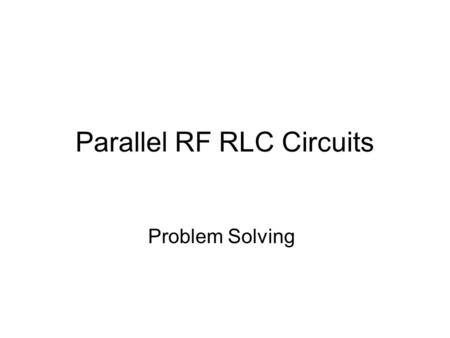 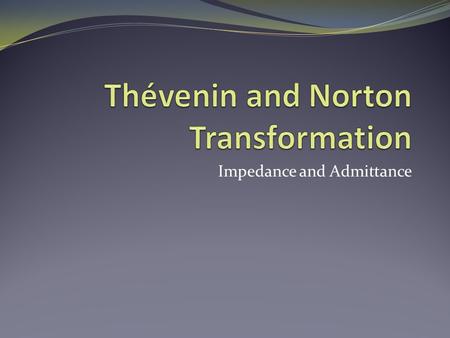 Impedance and Admittance. Objective of Lecture Demonstrate how to apply Thévenin and Norton transformations to simplify circuits that contain one or more. 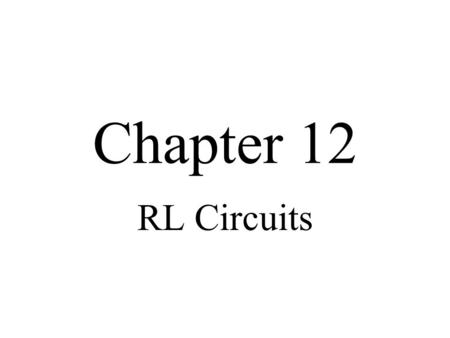 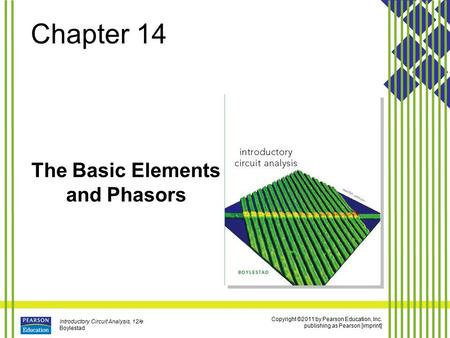 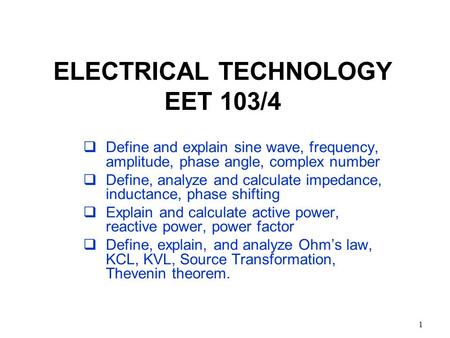 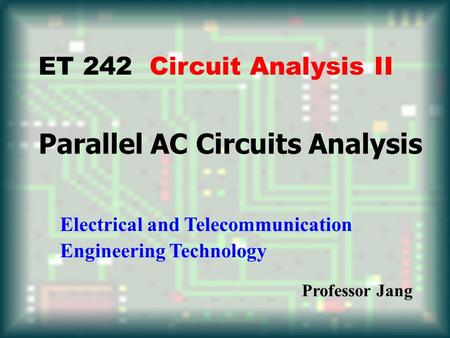 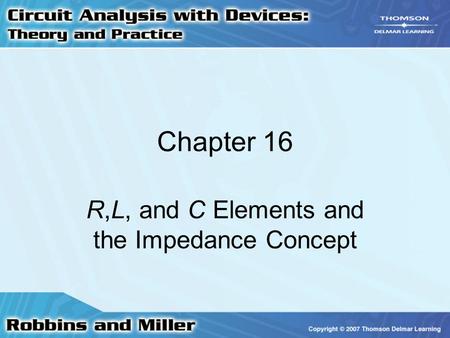 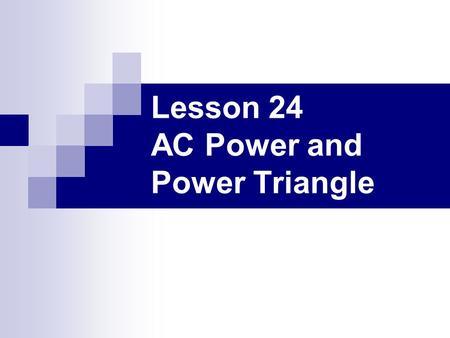 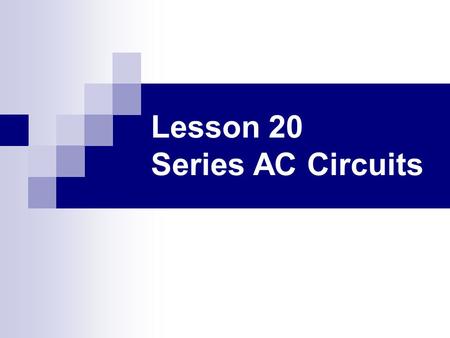 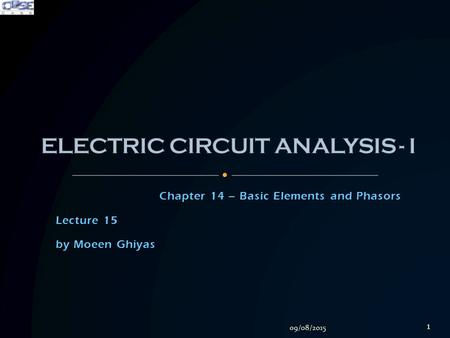 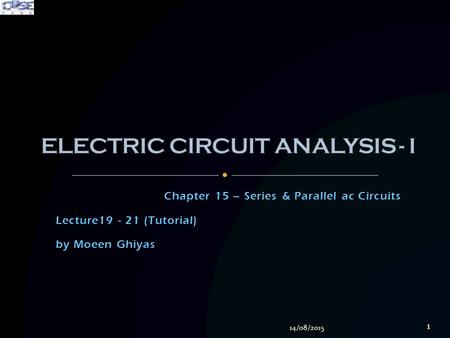 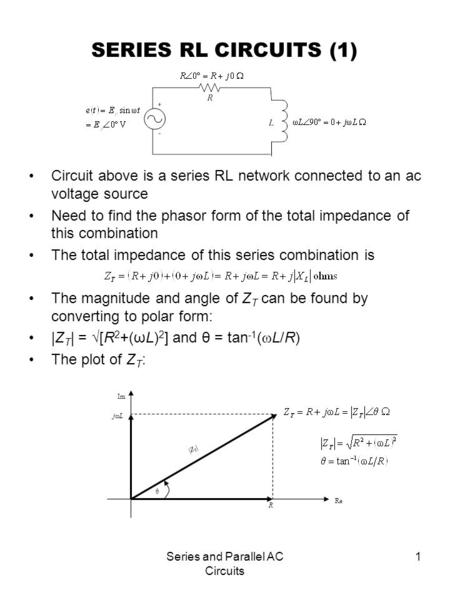 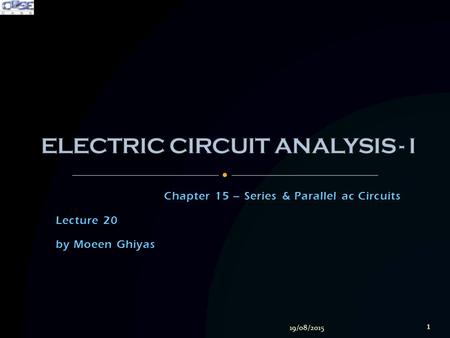 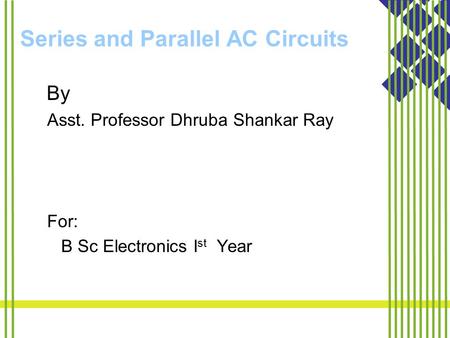 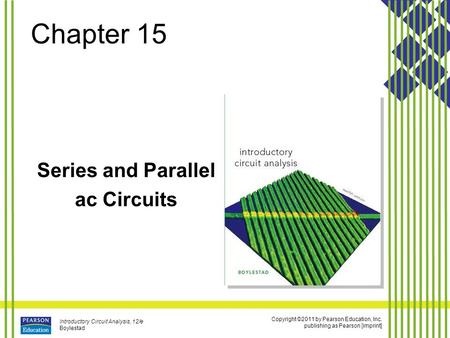 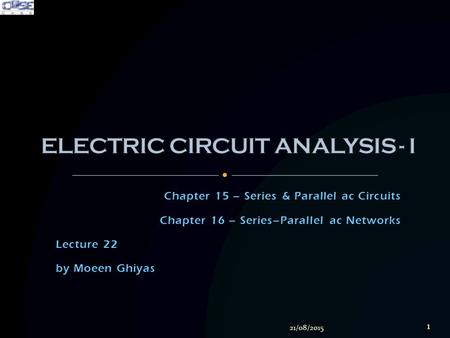 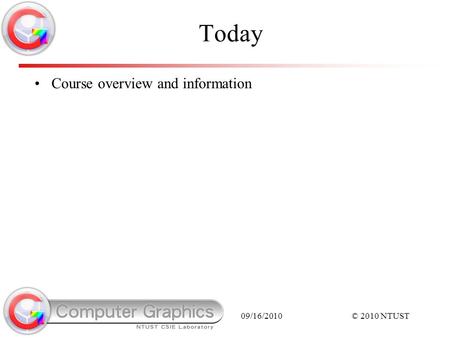 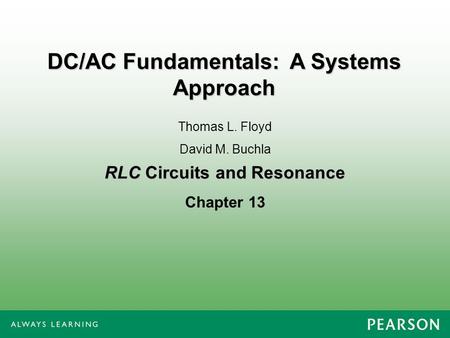 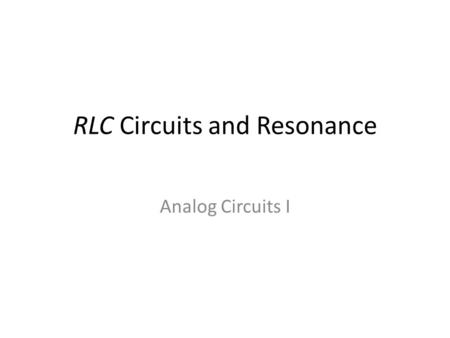