Presentation on theme: "Integrated prom How is it that Wilcox High has been having segregated proms all this time? Who in Wilcox county is organizing to have an integrated prom?"— Presentation transcript:

1 integrated prom How is it that Wilcox High has been having segregated proms all this time? Who in Wilcox county is organizing to have an integrated prom? Do you think our civil rights are secure now, after the civil rights movement and all that happened in the 1960s and before?

4 The Segregation System The 14 th amendment was passed in 1868. It guarantees all Americans equal treatment under the law However, in the landmark case Plessy v. Ferguson (1896), the Supreme Court ruled that separate but equal was equal, and therefore not a violation of the 14 th amendment. – States throughout the nation, especially in the South, passed Jim Crow laws: laws aimed at separating the races. Separate facilities for each race Forbade interracial marriage

6 What were the effects of the Supreme Court decision Plessy v. Ferguson? What happened after the Court decided that separate but equal WAS equal?

7 A Developing Civil Rights Movement In many ways, the events of WWII set the stage for the civil rights movement With a shortage of white male workers during the war, African-Americans saw increased job opportunities and experienced better jobs and better salaries Nearly one million African Americans served in the armed forces during WWII; many returned determined to fight for their own freedom now that they had fought for freedom overseas During the war, civil rights campaign and protests led to some gains, such as president FDR prohibiting racial discrimination by federal agencies and defense industries.

8 Challenging Segregation in Court The desegregation campaign was led largely by the NAACP, National Association for the Advancement of Colored People One of the NAACP’s strategy was to fight the racial injustice through the Court. The NAACP focused on the inequality in education The NAACP’s leading lawyer was Thurgood Marshall; he and his team won several cases including the landmark case Brown v. Board of Education

11 Why weren’t schools in all regions desegregated immediately after the Brown Court decision?

12 The Montgomery Bus Boycott Impatient with slow pace of change in the courts, some African-American activists began to take direct action to win their rights On December 1, 1955, Rosa Parks, a seamstress and NAACP officer refused to give up her seat on the segregated bus in Montgomery, Alabama. NAACP leaders as well as other leaders of the African- American community heard of the arrest and suggested a bus boycott – They elected pastor Martin Luther King, Jr., to lead the boycott – Boycott lasted 381 days. In 1956, the Supreme Court outlawed bus segregation

17 What were the central points of Dr. King’s philosophy?

18 The Movement Spreads Students at an African-American university in North Carolina organized a national protest group, the Student Nonviolent Coordinating Committee, or SNCC (“snick”) – Organized protests to challenge the system SNCC was inspired by the sit-ins carried out by CORE. In a sit-in, African-American protesters sat down at segregated lunch counters and refused to leave until they were served

19 students and sit ins How did students train for nonviolence? How did the community react to the sit ins?

Download ppt "Integrated prom How is it that Wilcox High has been having segregated proms all this time? Who in Wilcox county is organizing to have an integrated prom?" 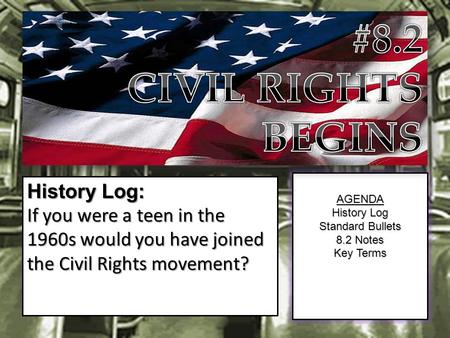 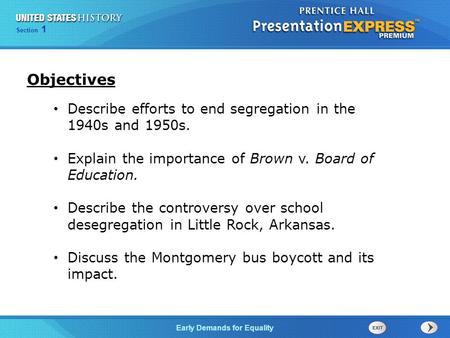 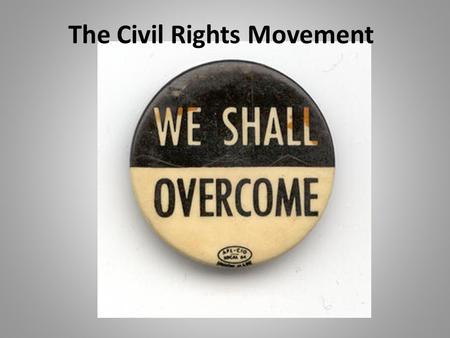 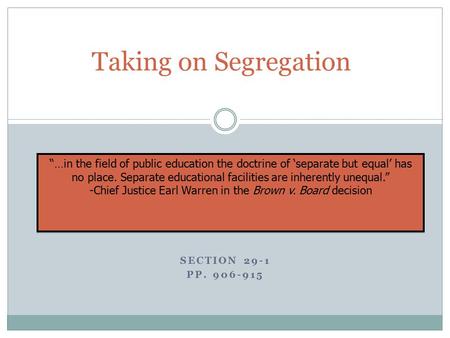 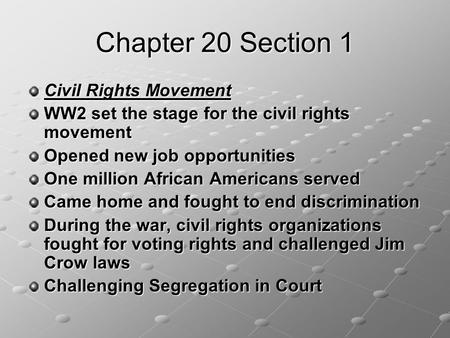 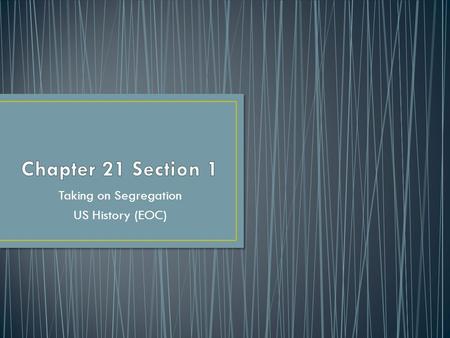 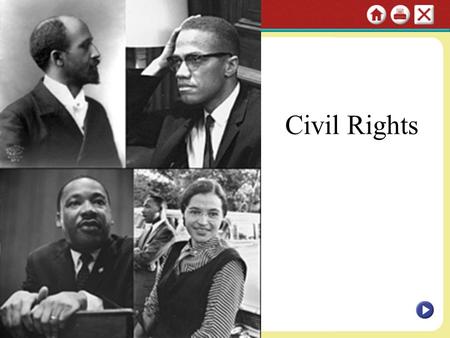 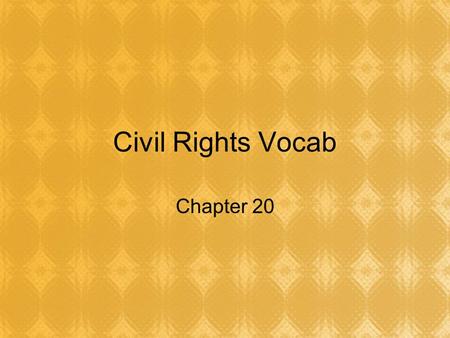 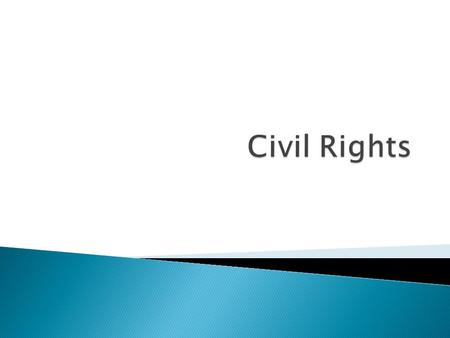 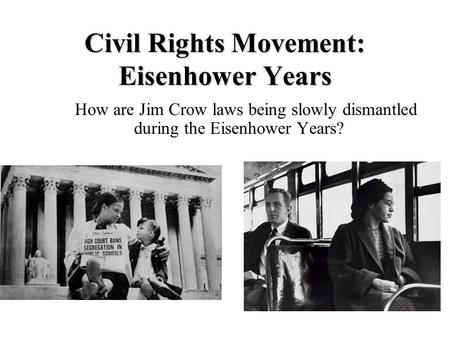 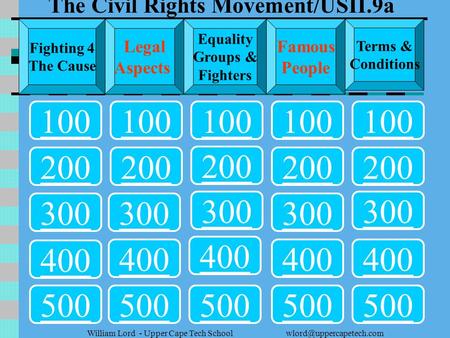 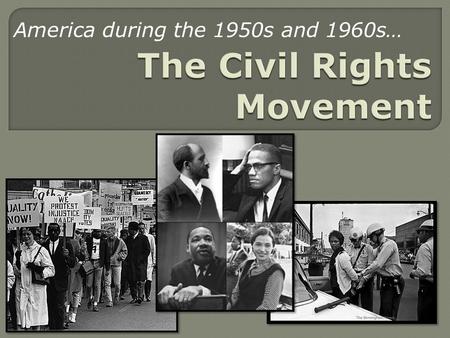 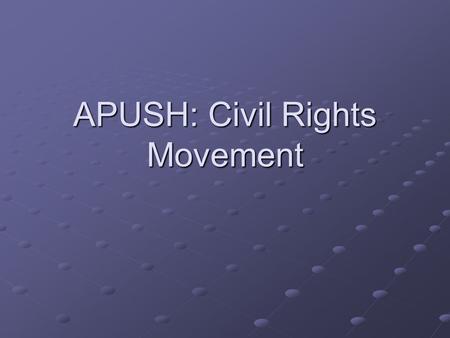 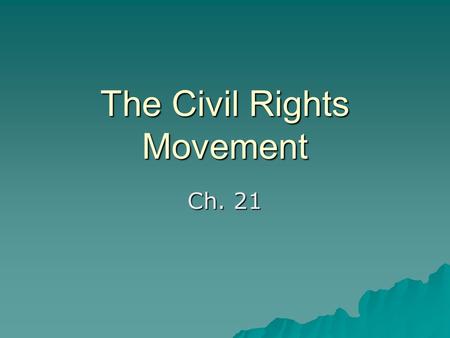 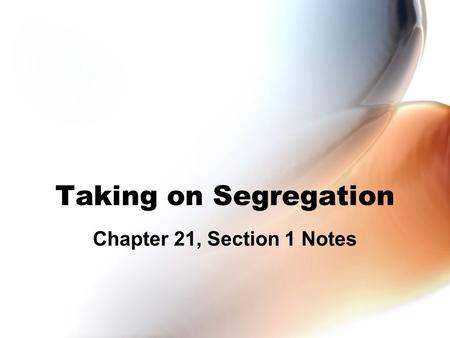 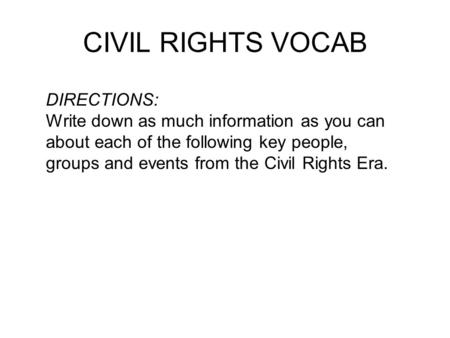 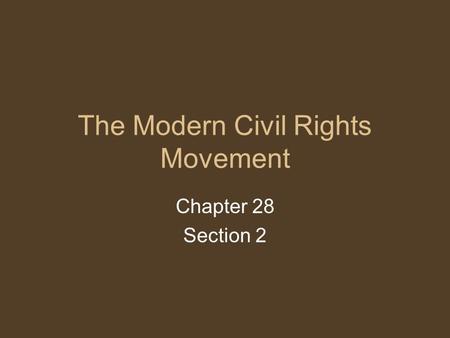 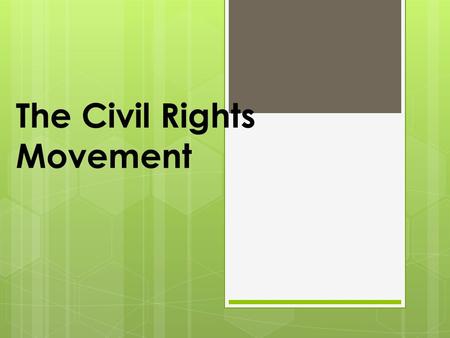 The Civil Rights Movement. Civil Rights: Major Details  Lasted approx  It was a movement that was aimed at outlawing racial discrimination.