Christianity SS.6.W.3.13. The History of Jesus Historical records tell us a great deal about the lives of powerful Romans such as the emperor. No one.

Presentation on theme: "Christianity SS.6.W.3.13. The History of Jesus Historical records tell us a great deal about the lives of powerful Romans such as the emperor. No one."— Presentation transcript:

2 The History of Jesus Historical records tell us a great deal about the lives of powerful Romans such as the emperor. No one would have been around to write about the early life of Jesus, though, who was a little-known teacher in the tiny and far- off territory of Judea. What we do know comes from the gospels: Matthew, Mark, Luke, and John. Gospel: an account of the life and teachings of Jesus Christ; means “good news” The gospels were written 30- 70 years after Jesus died.

3 The Birth of Jesus No one knows exactly when Jesus was born. Our modern calendar dates the start of the Common Era from the supposed year of Jesus’ birth. After careful study, though, later historians now believe that Jesus was probably born in about 6 B.C.E.

4 Jesus’ Teachings Jesus based his teachings on traditional Jewish beliefs. The Bible includes the Old Testament, which are the books of the Jewish Torah, and the New Testament, which includes the 4 gospels and other later writings. Jesus placed great emphasis on God’s love and mercy, and said we should treat each other in the same way. Jesus told his followers that the kingdom of God was coming soon, and everyone would reject their earthly power and riches and follow God’s will completely.

5 Christianity in Rome At first, Rome was generally accepting of Christians, but as their numbers grew, their differences became more obvious. Christians refused to worship Roman gods. Worse, they would not admit that the emperor was a god. Rather than admiring Roman wealth and luxury, Christians chose to lead simple lives. Remembering Jesus’ message of peace, many refused to serve in the army.

6 An Enemy of Rome When Jesus visited Jerusalem, which was occupied by the Romans, he was upset to see that businessmen were allowed to trade and change money in the outer court of the temple there. In a fury, he drove them from the temple. When the priests protested, Jesus said following one’s heart was more important than following the law. Although he had many followers in Jerusalem, the Roman rulers saw Jesus and his disciples as rebels.

7 The Crucifixion and Resurrection Pontius Pilate, the Roman governor of Judea, found Jesus guilty of plotting a revolt against Rome The punishment for traitors was crucifixion, and after hours of agony, he died and was buried on a Friday. On Sunday, the gospels say, Jesus rose from the dead in an event called the Resurrection.

8 Saul Sees the Light Belief in the Resurrection convinced many of Jesus’ followers that he was the son of God. This idea created fierce opposition, particularly from a man named Saul. One day he fell from his horse and was blinded by a light from heaven. He also heard a voice that said, “Saul, why do you persecute me?” Blind and paralyzed, he was taken to Damascus and healed by a Christian.

9 The Missionary Work of Paul He adopts the new faith himself and becomes known as his Greek name, Paul. Paul works as a missionary, someone who tries to persuade others toward a particular religion. Paul stressed the need to believe in Jesus as the son of God. He taught that all people, no matter what, were God’s children, and that Jesus was their savior.

10 Christianity Goes Underground At first, Rome was not unfriendly to Christians, but as the religion spread, the differences became more obvious. Christians refused to worship Roman Gods, and they would not admit that the emperor was a god. They also rejected the Roman values of wealth and luxury and lived simply. Many refused to serve in the army. Eventually, Rome came to see them as a threat to order and patriotism and declared Christianity illegal. For refusing to honor the Roman gods, Christians were persecuted and sentenced to die in cruel and painful ways. Persecution: treating people differently or badly because of their race, religion, or beliefs

11 Christianity Lives On The persecutions and violence failed to destroy the new religion, and Christians continued to win new admirers by facing death bravely and even singing hymns. Another attraction of Christianity was that it taught that even the poor and slaves could look forward to a better life after death if they followed the way of Christ. By 300 C.E., there were perhaps 5 million Christians in the Roman lands of Europe, North Africa, and western Asia.

12 Christianity Reemerges In 312 C.E., the emperor Constantine had a dream about Jesus the night before going into battle against a rival. The next day, he had a vision of a cross hanging in the sky in front of the sun. Around the cross were the words, “In this sign, you will conquer.” Constantine’s troops won the battle, and from that time on, he gave Christians the freedom to practice their religion openly. 80 years later, Christianity became the official religion of Rome.

Download ppt "Christianity SS.6.W.3.13. The History of Jesus Historical records tell us a great deal about the lives of powerful Romans such as the emperor. No one." 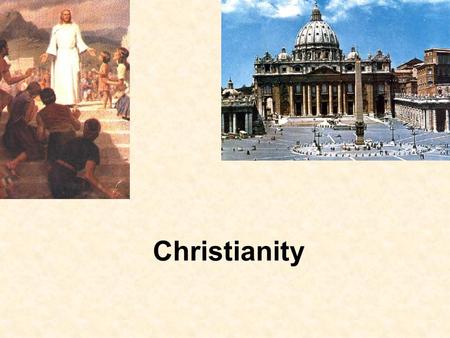 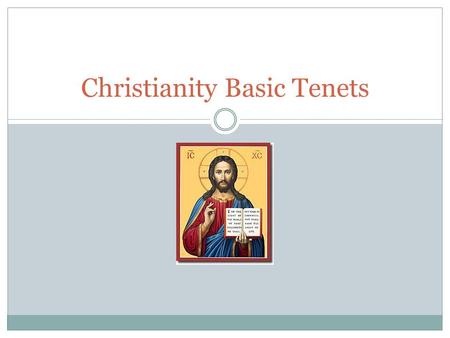 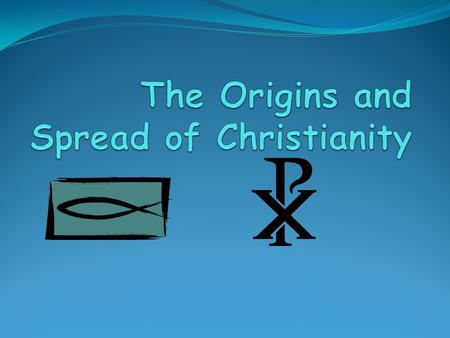 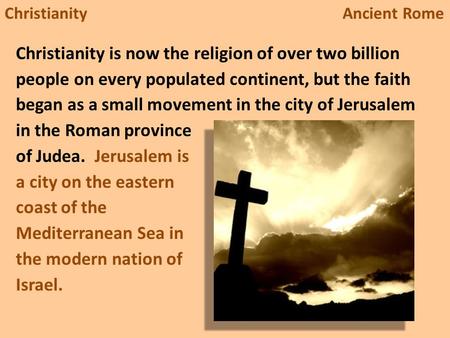