+ Knife Skills Ms. Perez. + Bell ringer Why would the knife that you use matter?

Presentation on theme: "+ Knife Skills Ms. Perez. + Bell ringer Why would the knife that you use matter?"— Presentation transcript:

2 + Bell ringer Why would the knife that you use matter?

3 + Parts of the CHEF KNIFE

4 + French/chef knife Used for chopping, mincing, dicing, and some slicing, especially vegetables. Function: General knife that can be used on produce and meats Sometimes it is used for splitting poultry and lobsters or for mashing fresh ginger and garlic when turned on its side.

5 + Santoku Japanese-style chef’s knife similar to a French knife. The blade is thinner than a French knife, allowing the user to create thin, precise cuts. Used for slicing, dicing, and chopping

7 + paring knife second most used knife in the professional kitchen It is used for peeling, cutting, and trimming foods—mostly fruits and vegetables. A paring knife can also be used for mincing herbs and for scoring hams and baked goods prior to baking or roasting.

8 + serrated knife designed to cut through an outer crust and then to slice the inner, A serrated knife can be used for slicing breads, angel food cake, tomatoes, and some other fruits and vegetables. The blade is used in a sawing motion. Function: Because it is serrated, it is easier to cut through tough things

14 + Chop Irregular shape cuts, approximately 1/2-inch thick by 1 ⁄ 2- inch long. The chop is one of the most common cuts made by chefs. http://video.about.com/italianfood/Chopping-Peppers.htm

15 + Mince An exceptionally fine chop, stopping just short of making a paste Mincing is commonly used when preparing parsley and herbs for garnish as well as for ginger, garlic, and other pungent ingredients where even spreading throughout a recipe is needed. http://www.youtube.com/watch?v=Z1Vzy550ilY

Download ppt "+ Knife Skills Ms. Perez. + Bell ringer Why would the knife that you use matter?" 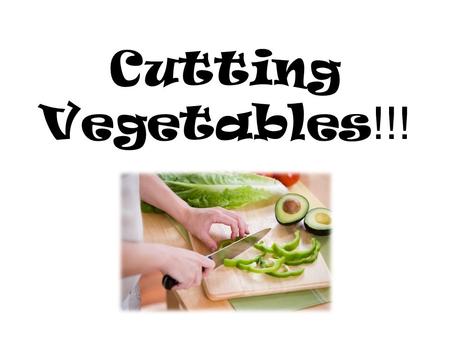 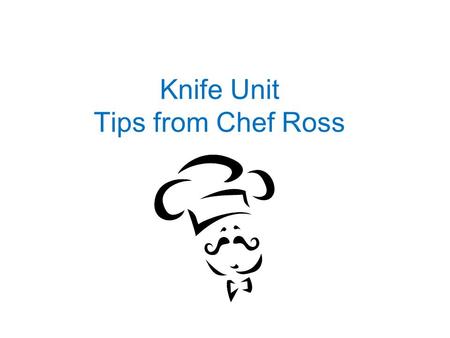 Knife Unit Tips from Chef Ross. Knife Sharpening When sharpening a knife against a three-sided whetstone, go from the coarsest to the finest surface. 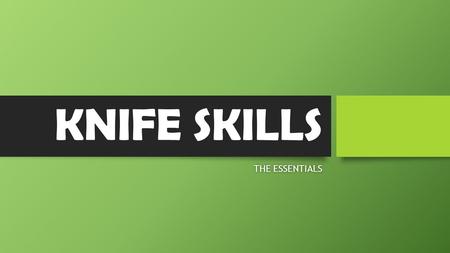 KNIFE SKILLS THE ESSENTIALSTHE ESSENTIALS. The Knife: An Essential Tool The knife can be considered the chef’s most important and widely used tool. For. 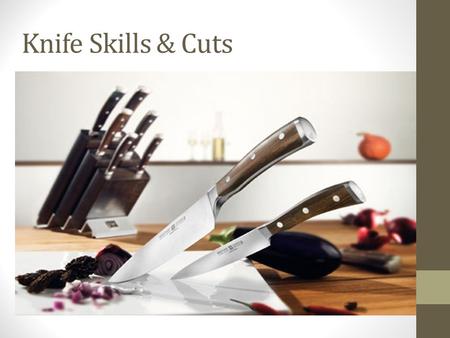 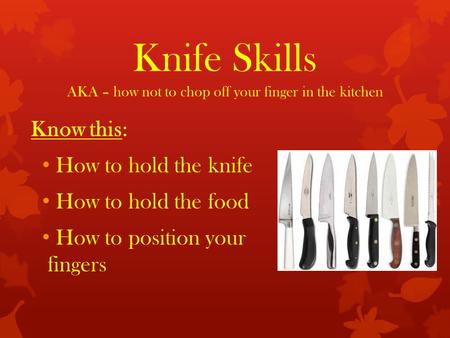 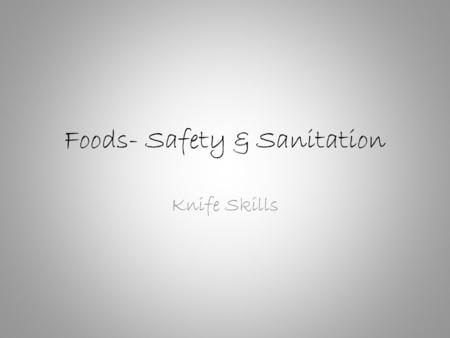 Foods- Safety & Sanitation Knife Skills. What household object accounts for the most visits to the Emergency room? KITCHEN KNIVES!!! 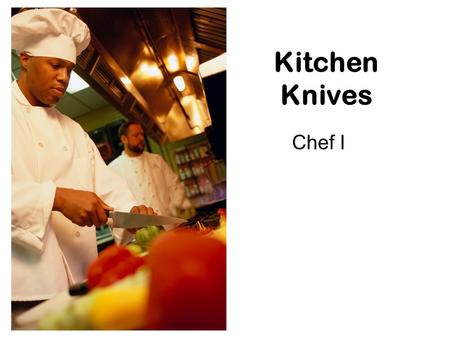 © Boardworks Ltd of 13 Preparing and Processing Food These icons indicate that detailed teacher’s notes or useful web addresses are available in. 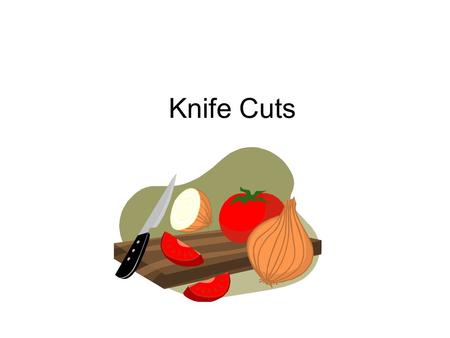 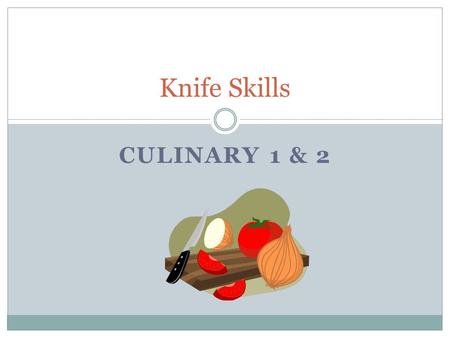 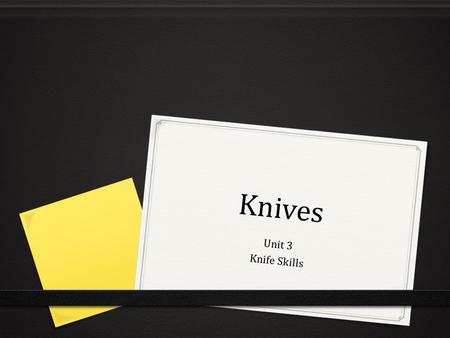 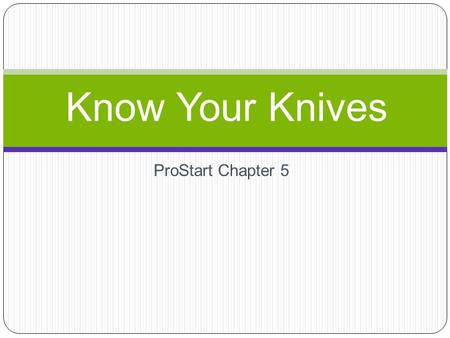 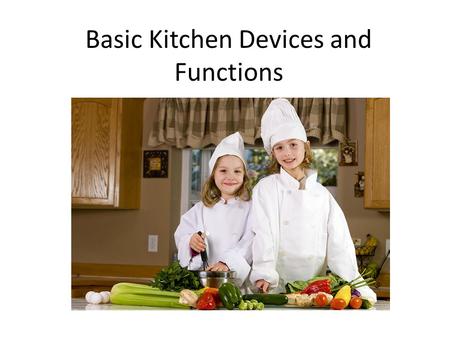 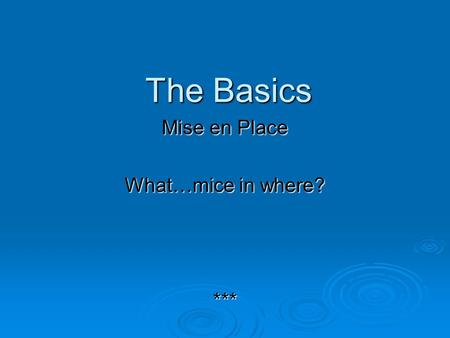 Mise en Place What…mice in where? *** 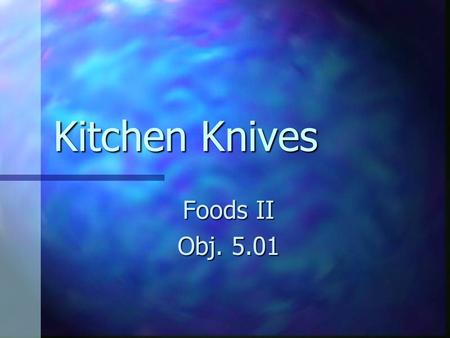 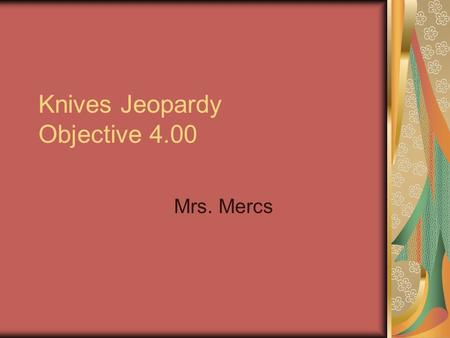 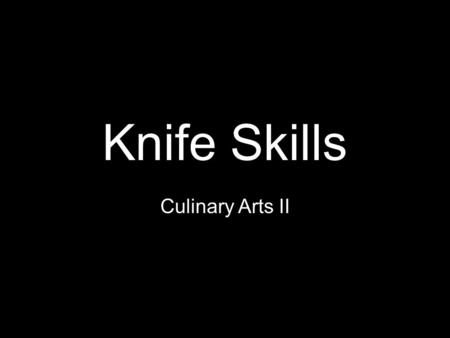 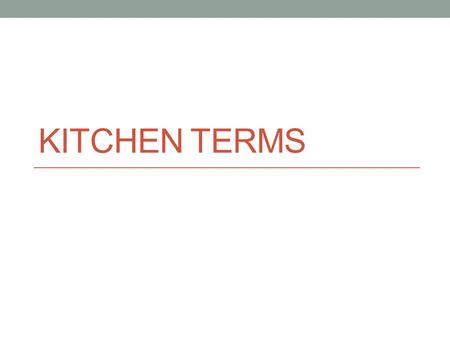 KITCHEN TERMS. Bake vs. Broil Bake- to cook by dry heat usually in the oven. Example: cakes and cookies Broil- to cook uncovered under direct source of. 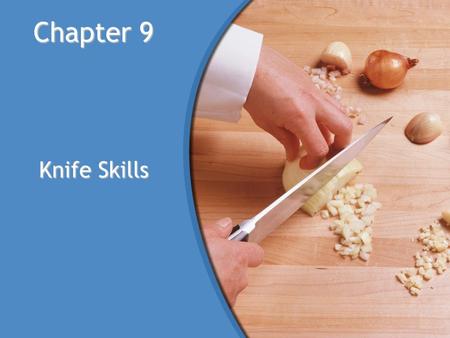 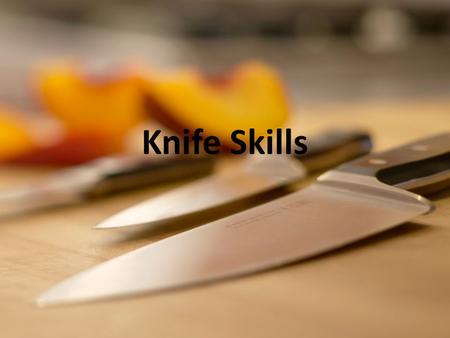