3 Where Did Pop Art Come From?
Visual art movement that began mid 1950s in Britain, late 1950s in the U.S. The Independent Group founded in London in 1952 was precursor to the Pop Art Movement Lawrence Alloway- “The Arts and the Mass Media” Popular Mass Culture= led to term Pop Art

5 Influences Pop art widely interpreted as reversal or reaction to Abstract Expressionism emotional expression with particular emphasis on the spontaneous act Drew upon DADAist elements Movement that mocked artistic and social conventions. Emphasized the illogical and absurd. Favored montage, collage and the readymade

7 Techniques Central focus= commercial art
Styles of popular culture and the mass media News paper, comics, advertising, consumer goods Mass production Low cost Expendable "Like a joke without humor, told over and over again until it begins to sound like a threat... Advertising art which advertises itself as art that hates advertising.” Harold Rosenberg

20 Jasper Johns Born May 15, 1930 Early works composed using simple schemes of flags, maps, letters, targets and numbers Made use of classical iconography Seeking to create meaning through the use of symbols 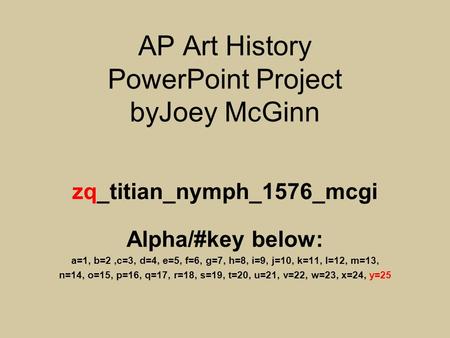