5 Language Social Structure
A Short-Lived Empire Due to the many internal, political conflicts of the Muslim Empire, its territory did not stay unified for very long. However, Islamic culture remained a common bond amongst politically divided lands. Language Social Structure Name: Arabic Why this language: language of Quran Benefits: easier communication and trade between different cultures Levels: 1. Muslims Converted Muslims Jews and Christians Non-Muslims Benefits: All areas under Islamic influence had same classes. Rights given to all “People of the Book.”

6 Succession– would should be leader
Damascus is conquered by Muslims. Historical Turning Points of the Islamic World A caliphate is territory ruled by a caliph. Jerusalem is conquered by the Muslims. As “People of the Book”, Jews and Christians are accepted, not forced to convert. Many Jews return to Jerusalem after being exiled by the Byzantines and others. Capital Trade & learning DAMASCUS 1st CALIPHATE JERUSALEM successor Succession– would should be leader Sunni & Shia THE SPLIT

9 Intellectual Achievements of Islamic Civilization
Education Science Medicine Used ancient knowledge and scientific understanding to find new solutions to old problems. Astronomy & Geography Increased trade = more knowledge of land/water Need for precise prayer schedules & direction = astronomical advancements Translations Purpose for translating ancient texts to Arabic: was to preserve the Koran Universities Much emphasis on learning because it improved understanding of the Koran Arabic Numerals Adopted from Indians, including the concept of zero, and later used by Europeans. Math Algebra Muslim scholars discovered many of the basics of Algebra 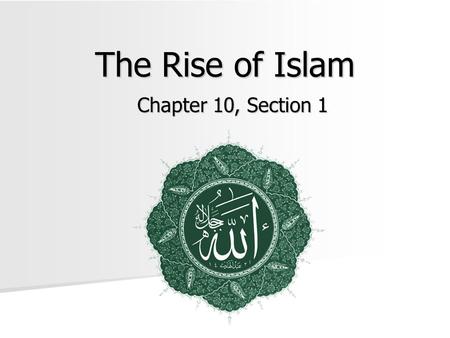 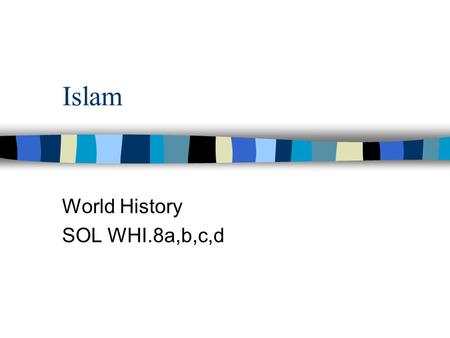 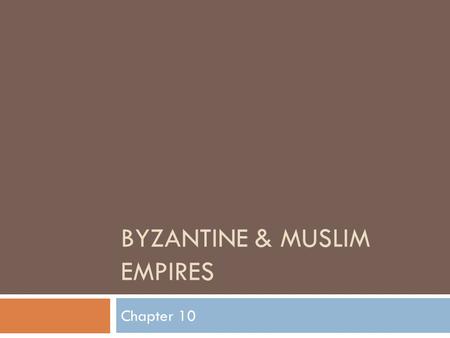 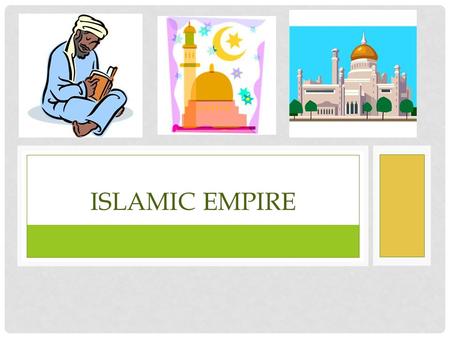 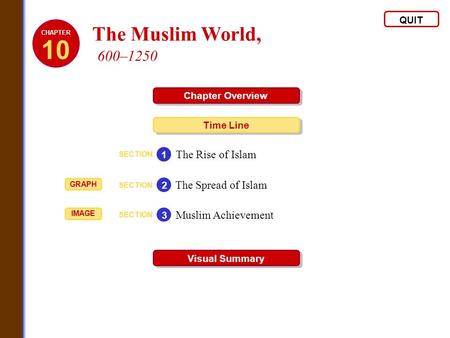 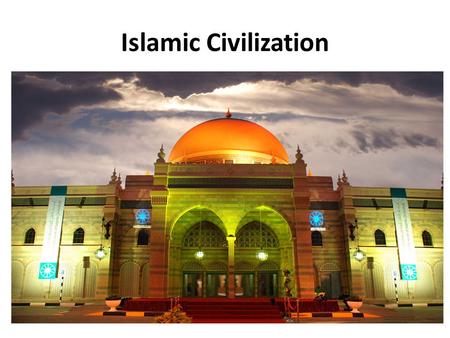 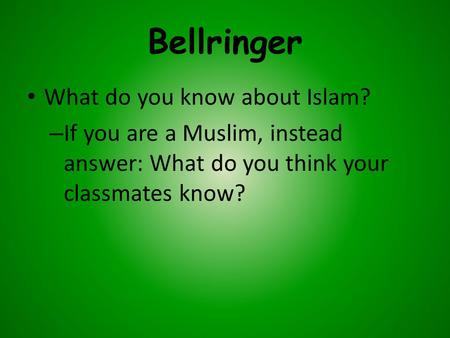 Bellringer What do you know about Islam? – If you are a Muslim, instead answer: What do you think your classmates know? 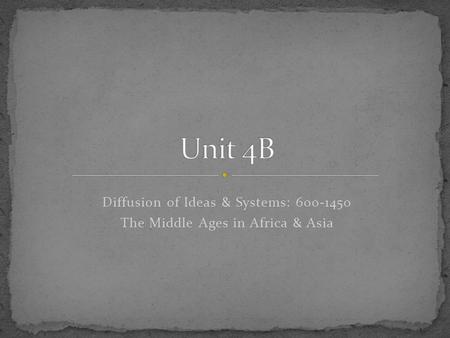 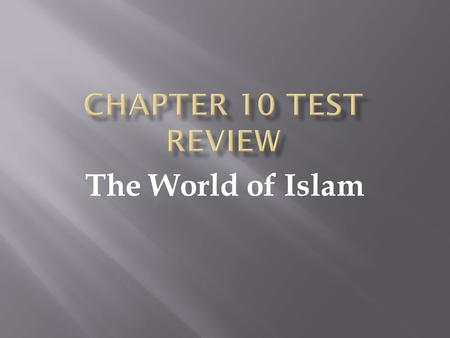 The World of Islam.  What do all Muslims believe about Muhammed as a prophet?  He was the last and final prophet of Allah.  What is the name of the. 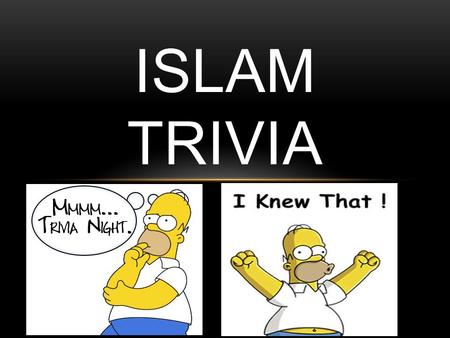 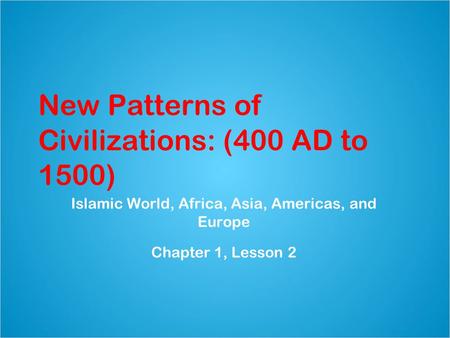 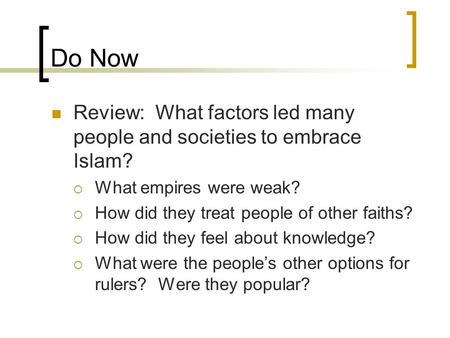 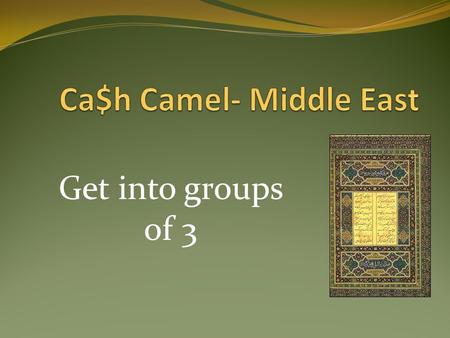 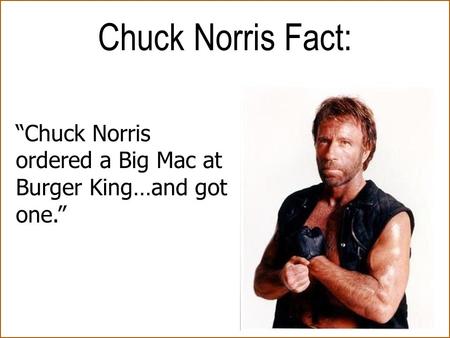 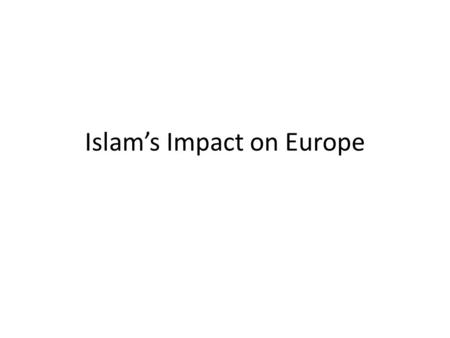