3 Real/Imaginary Roots If a polynomial has ‘n’ complex roots will its graph have ‘n’ x-intercepts? In this example, the degree is n = 3, and if we factor the polynomial, the roots are x = -2, 0, 2. We can also see from the graph that there are three x-intercepts.

4 Real/Imaginary Roots Just because a polynomial has ‘n’ complex roots does not mean that they are all Real! In this example, however, the degree is still n = 3, but there is only one real x-intercept or root at x = -1, the other 2 roots must have imaginary components.

6 Find Roots/Zeros of a Polynomial
We can find the Roots or Zeros of a polynomial by setting the polynomial equal to zero and factoring. Some are easier to factor than others! The roots are: 0, -2, 2 .

12 Finding Roots/Zeros of Polynomials
We use the Fundamental Theorem of Algebra, Descartes’ Rule of Signs and the Complex Conjugate Theorem to predict the nature of the roots of a polynomial. We use skills such as factoring, polynomial division and the quadratic formula to find the zeros/roots of polynomials. In future lessons you will learn other rules and theorems to predict the values of roots so you can solve higher degree polynomials! 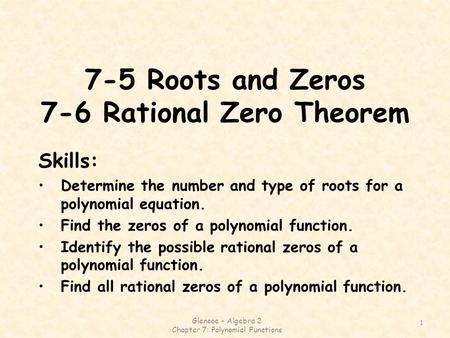 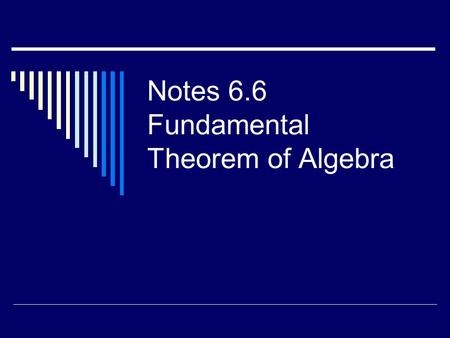 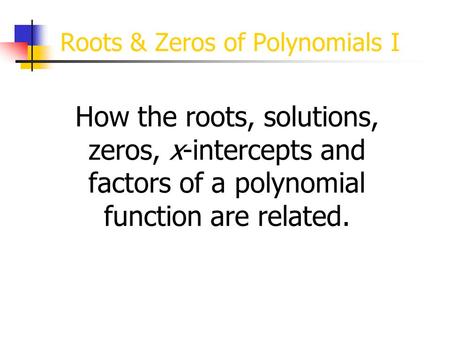 Roots & Zeros of Polynomials I 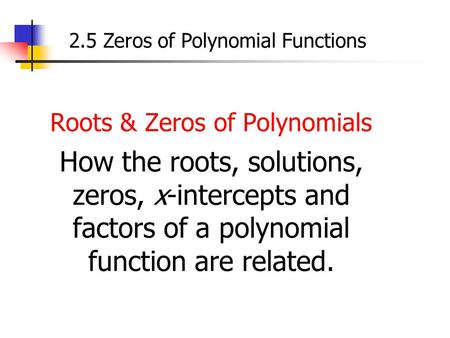 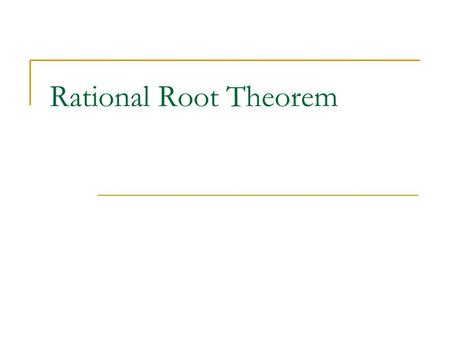 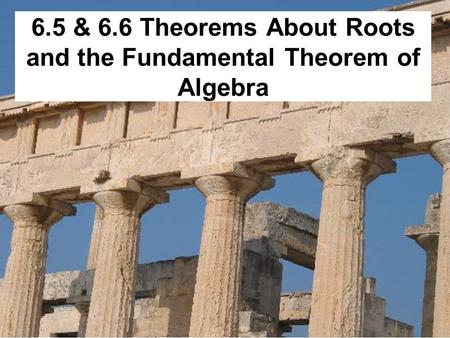 6.5 & 6.6 Theorems About Roots and the Fundamental Theorem of Algebra 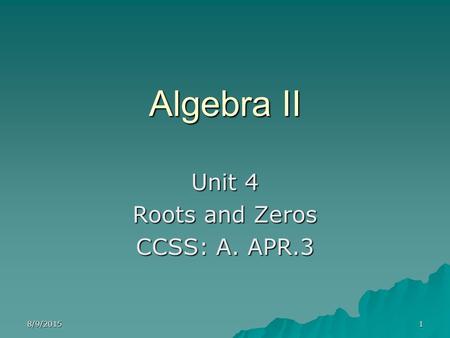 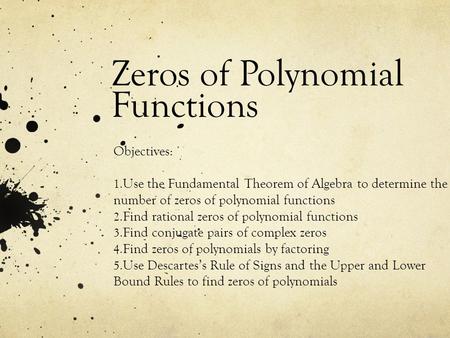 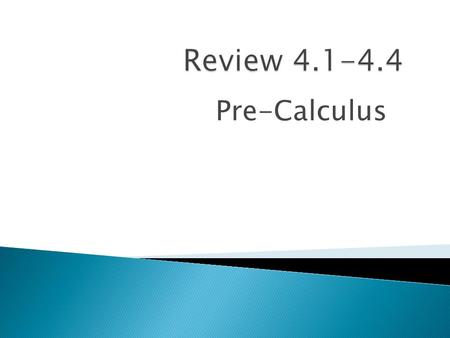 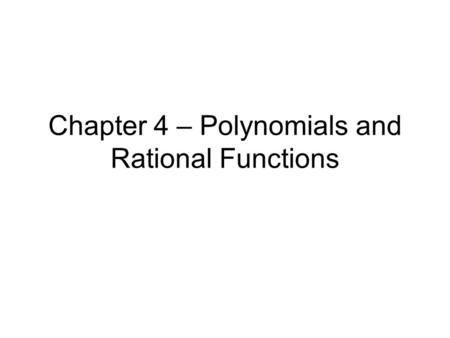 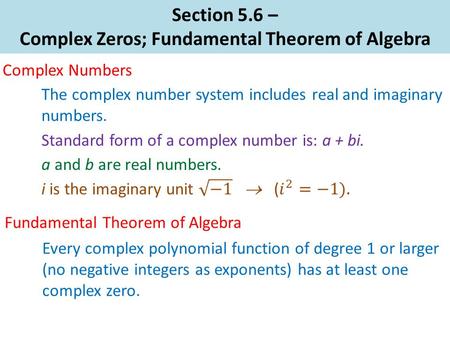 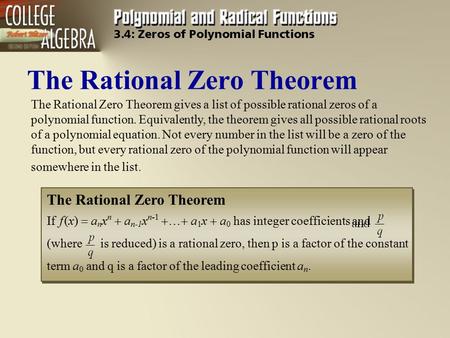 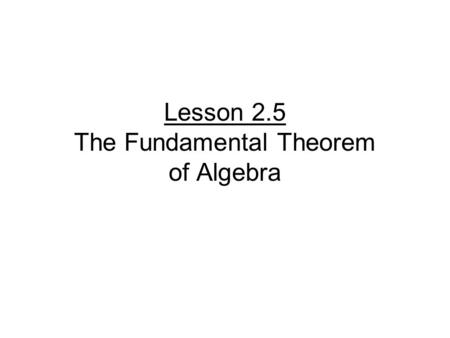 Lesson 2.5 The Fundamental Theorem of Algebra. For f(x) where n > 0, there is at least one zero in the complex number system Complex → real and imaginary. 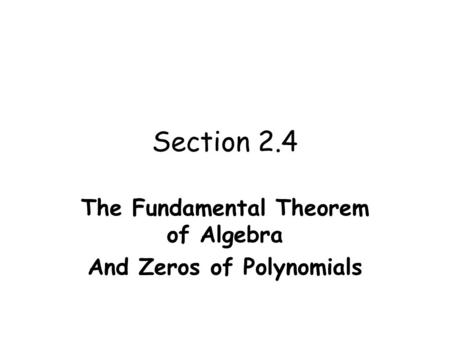 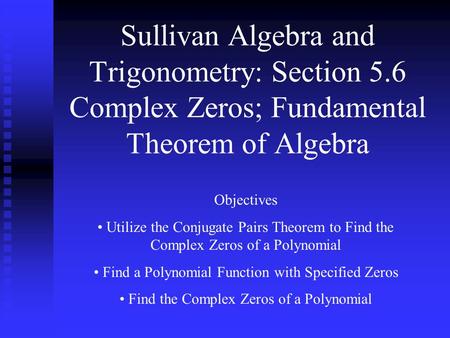 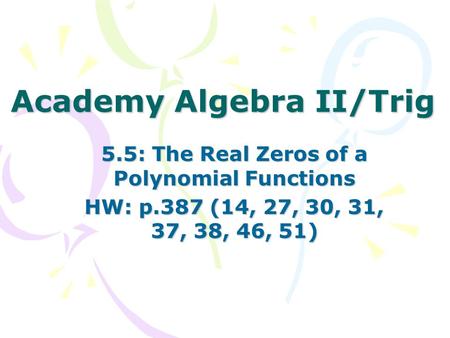 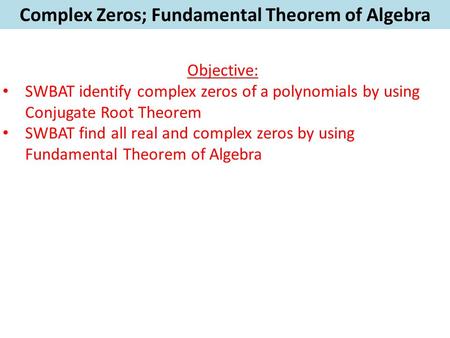 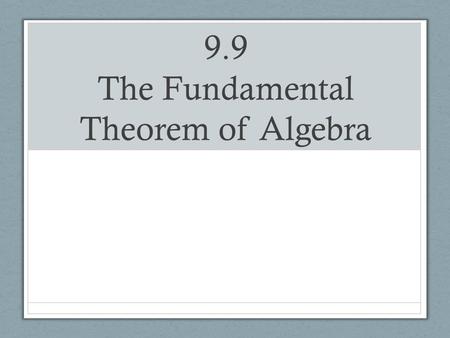 9.9 The Fundamental Theorem of Algebra 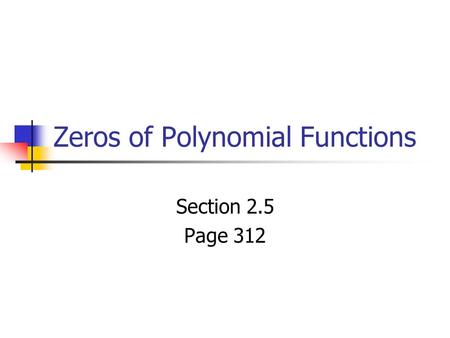 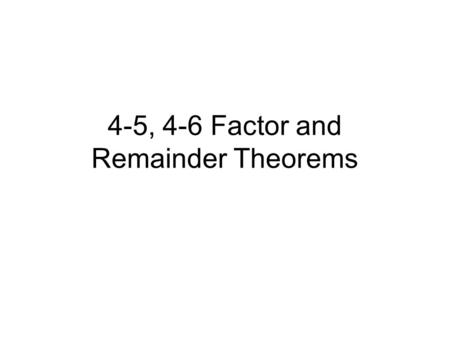 4-5, 4-6 Factor and Remainder Theorems r is an x intercept of the graph of the function If r is a real number that is a zero of a function then x = r.