1 Science Unit One Forces and Motion
What does it take to make an object move? Anticipatory questions from CC .Get volunteer, push and pull person, door, studs try pushing an object and pulling

5 Have kids stand up

6 Balanced Forces Put book on desks. Can you think of other things in this room which are experiencing a balanced force?

8 Now let’s take a look at unbalanced forces!
Remember… UNBALANCED FORCE When a certain force is partially or not at all cancelled out by other forces

10 Example of unbalanced force on a balloon

11 Let’s explore Working with a partner, your job is to find ways to show the class an example of a balanced force and an unbalanced force. You may use each other and common objects found in the room. Remember to be respectful of each other and of the things in this room. You have 10 minutes to brainstorm.

14 NEWTON’S FIRST LAW OF MOTION An object at rest will remain at rest and an object in motion will remain in motion unless acted upon by an unbalanced force. This is also called the LAW OF INTERTIA. Do Experiment on Newton’s first law of motion: inertia-each stud gets handout

18 GRAVITY – the name for the attractive force between the mass of Earth and the mass of objects on Earth Let’s talk about contact forces first. What is friction? Friction demonstration guided inquiry investigation

20 VELOCITY The speed and direction of a moving object

23 FORCE is the push or pull that acts on an object.
MASS is the matter that makes up an object. ACCELERATION is a change in velocity with respect to time. Try moving bookcase – hard – it’s resisting my force and hard to move. Table-less mass, easier to move. Have kids do experiment with film canister and rubber bands using scientific method pages.

24 Newton’s Second Law of Motion Force = Mass x Acceleration (F = m x a) The acceleration of an object depends on its mass and the size of the force applied to it.

27 Newton’s Third Law of Motion
For every action there is an equal and opposite reaction. 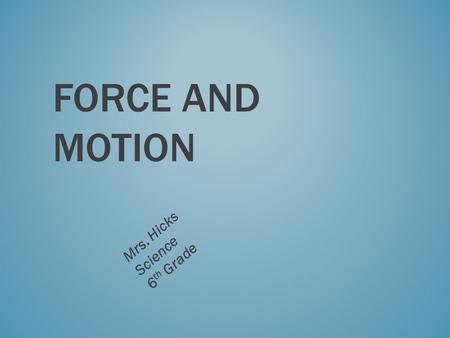 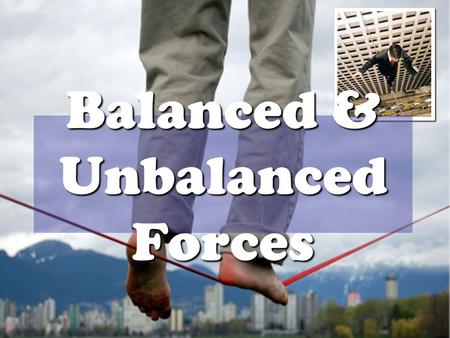 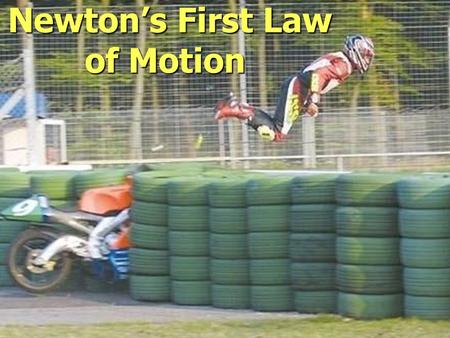 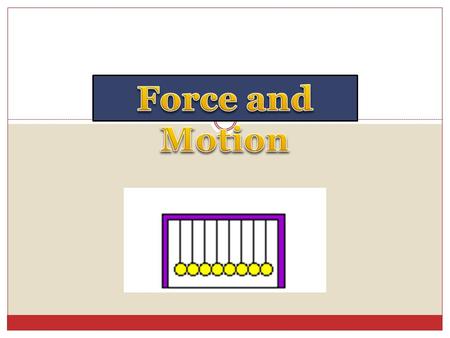 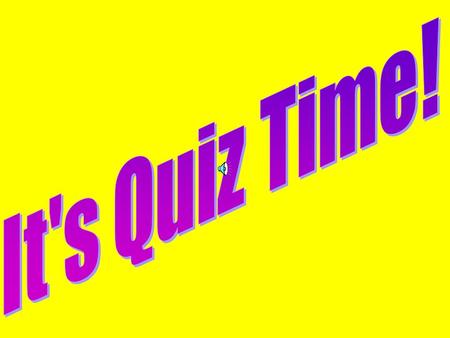 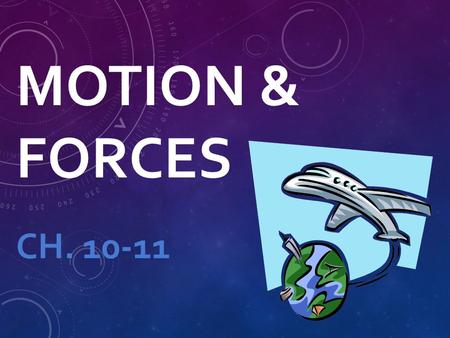