3  A system of equations is in diagonal form if each variable only appears in one equation and only one variable appears in an equation.  For example: 3

5  Elementary Row Operation 1 Rearrange the equations in any order. 5

8  Multiply the first row of the system  so that the coefficient of x is 1. 8

9  Elementary Row Operation 3 Change an equation by adding to it a multiple of another equation. 9

10  Add a multiple of one row to another to change  so that only the first equation has an x term. 10

11  Gaussian Elimination Method transforms a system of linear equations into diagonal form by repeated applications of the three elementary row operations. 1. Rearrange the equations in any order. 2. Multiply an equation by a nonzero number. 3. Change an equation by adding to it a multiple of another equation. 11

15  It is often easier to do row operations if the coefficients and constants are set up in a table (matrix).  Each row represents an equation.  Each column represents a variable’s coefficients except the last which represents the constants.  Such a table is called the augmented matrix of the system of equations. 15

16  Write the augmented matrix for the system 16 Note: The vertical line separates numbers that are on opposite sides of the equal sign. 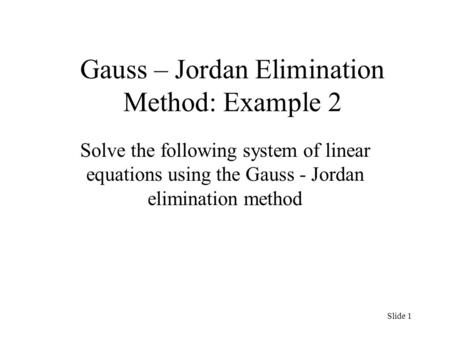 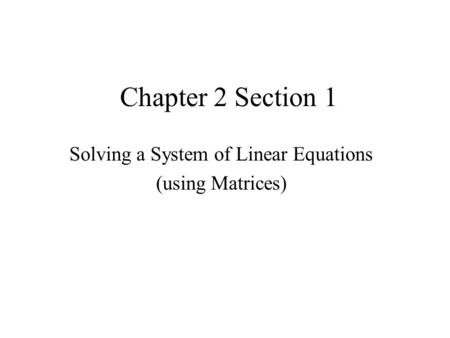 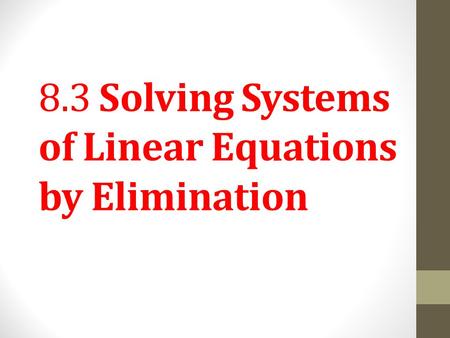 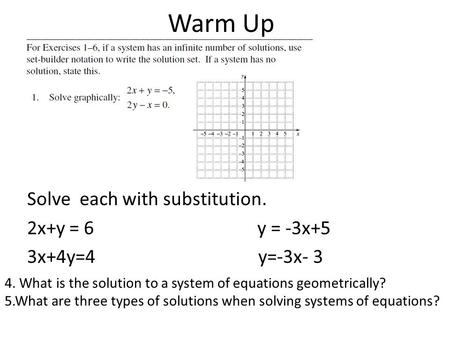 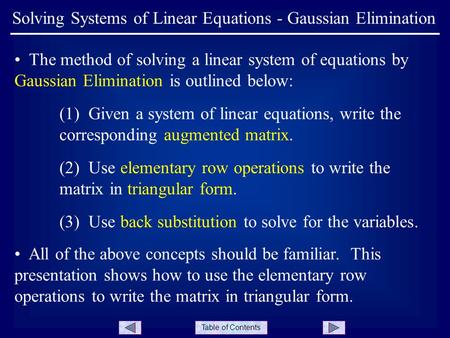 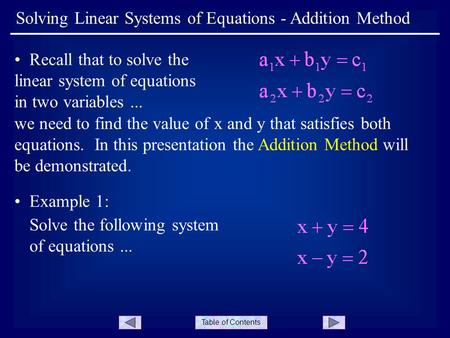 Table of Contents Solving Linear Systems of Equations - Addition Method Recall that to solve the linear system of equations in two variables... we need. 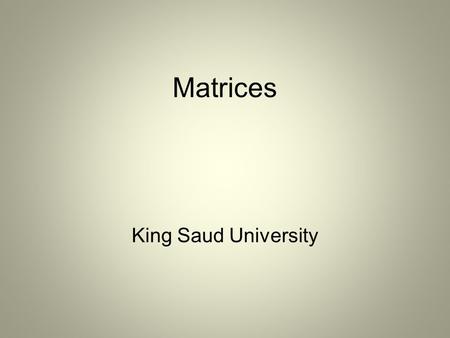 Matrices King Saud University. If m and n are positive integers, then an m  n matrix is a rectangular array in which each entry a ij of the matrix is. 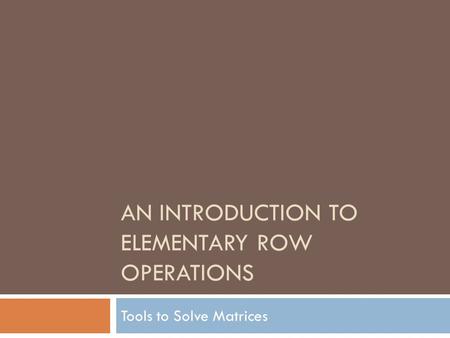 AN INTRODUCTION TO ELEMENTARY ROW OPERATIONS Tools to Solve Matrices. 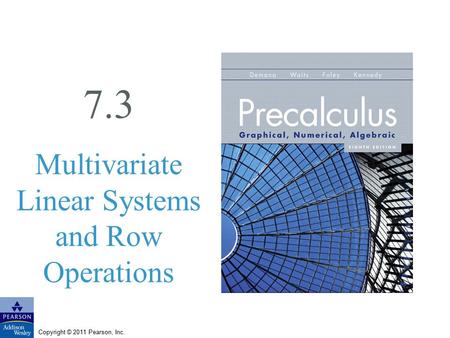 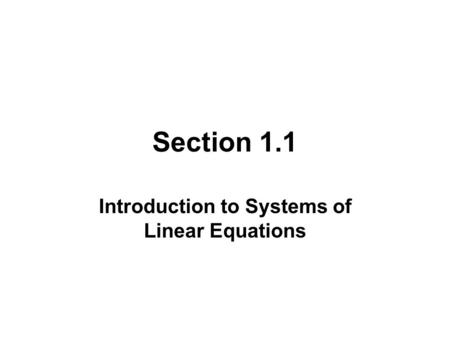 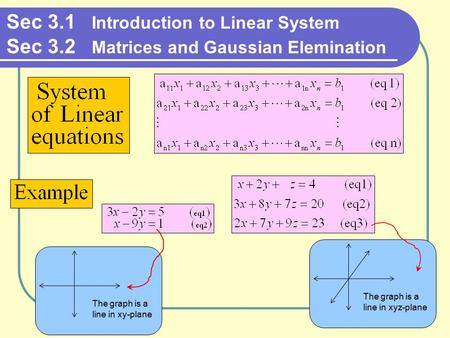