3 Fa 05CSE182 MS based Quantitation The intensity of the peak depends upon –Abundance, ionization potential, substrate etc. Two peptides with the same abundance can have very different intensities. Assumption: relative abundance can be measured by comparing the ratio of a peptide in 2 samples.

4 Fa 05CSE182 Quantitation issues The two samples might be from a complex mixture. How do we identify identical peptides in two samples? In micro-array this is possible because the cDNA is spotted in a precise location? Can we have a ‘location’ for proteins/peptides

11 Fa 05CSE182 Relative abundance using MS Recall that our goal is to construct an expression data- matrix with abundance values for each peptide in a sample. How do we identify that it is the same peptide in the two samples? Differential Isotope labeling (ICAT/SILAC) External standards (AQUA) Direct Map comparison

14 Fa 05CSE182 ICAT issues The tag is heavy, and decreases the dynamic range of the measurements. The tag might break off Only Cysteine containing peptides are retrieved Non-specific binding to strepdavidin

17 Fa 05CSE182 SILAC A novel stable isotope labeling strategy Mammalian cell-lines do not ‘manufacture’ all amino-acids. Where do they come from? Labeled amino-acids are added to amino-acid deficient culture, and are incorporated into all proteins as they are synthesized No chemical labeling or affinity purification is performed. Leucine was used (10% abundance vs 2% for Cys)

19 Fa 05CSE182 Incorporation of Leu-d3 at various time points Doubling time of the cells is 24 hrs. Peptide = VAPEEHPVLLTEAPLNPK What is the charge on the peptide?

23 Fa 05CSE182 AQUA stage 1 A representative peptide is selected from the protein of interest. The peptide is synthesized with stable isotopes. Perform LC-MS/MS to determine elution time, m/z and MS2 fragments

25 Fa 05CSE182 Peptide Matching SILAC/ICAT allow us to compare relative peptide abundances without identifying the peptides. Another way to do this is computational. Under identical Liquid Chromatography conditions, peptides will elute in the same order in two experiments. –These peptides can be paired computationally

27 Fa 05CSE182 Comparison of features across maps Hard to reduce features to single spots Matching paired features is critical M/Z is accurate, but time is not. A time scaling might be necessary

29 Fa 05CSE182 Geometric matching Make a graph. Peptide a in LCMS1 is linked to all peptides with identical m/z. Each edge has score proportional to t 1/ t 2 Compute a maximum weight matching. The ratio of times of the matched pairs gives a. Rescale and compute the scaling factor T M/Z

31 Fa 05CSE182 Scan Alignment Compute an alignment of the two runs Let W(i,j) be the best scoring alignment of the first i scans in run 1, and first j scans in run 2 Advantage: does not rely on feature detection. Disadvantage: Might not handle affine shifts in time scaling, but is better for local shifts S 11 S 12 S 22 S 21 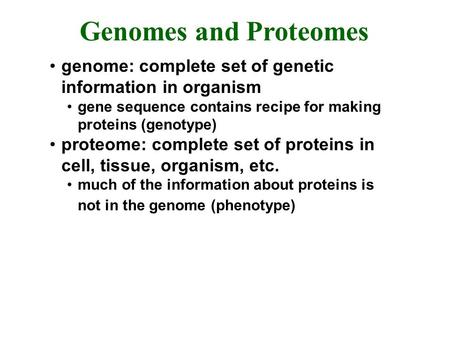 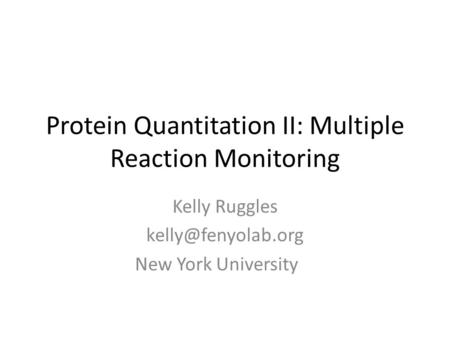 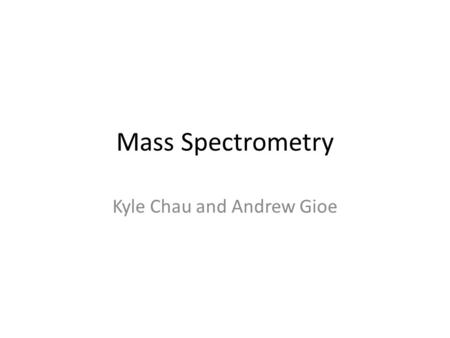 Mass Spectrometry Kyle Chau and Andrew Gioe. Computation of Molecular Mass -Mass Spectrum is a plot of intensity as a function of mass- charge ratio, 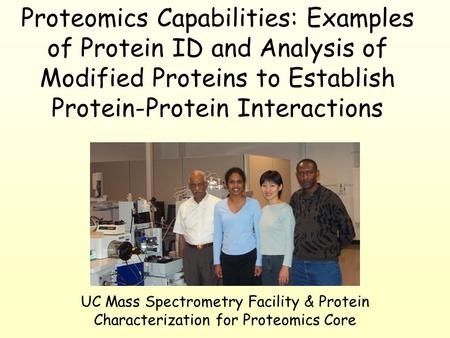 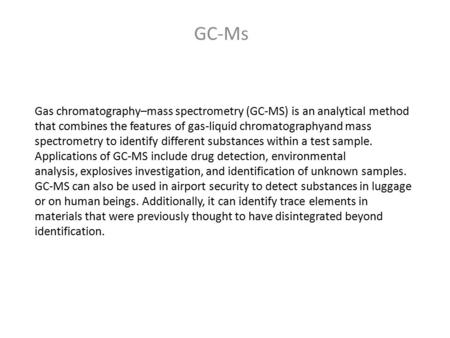 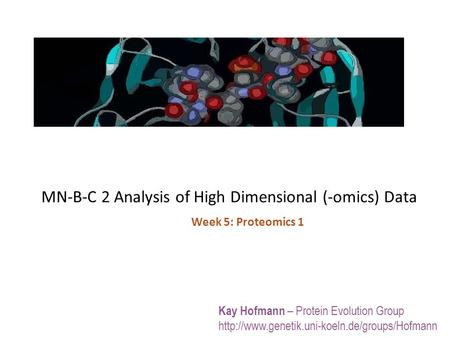 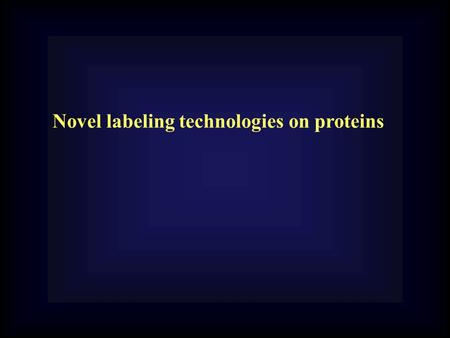 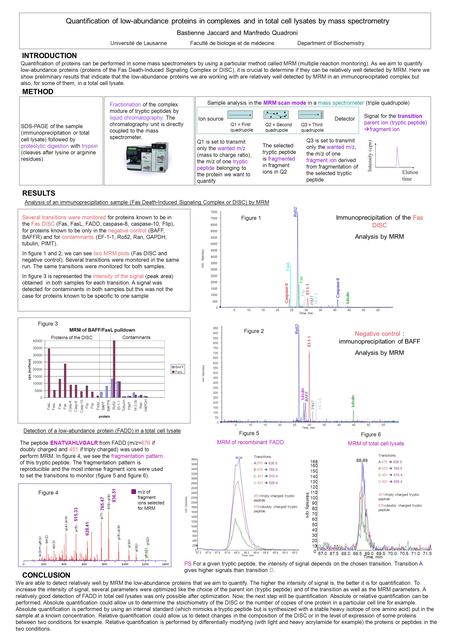 Quantification of low-abundance proteins in complexes and in total cell lysates by mass spectrometry Bastienne Jaccard and Manfredo Quadroni Université. 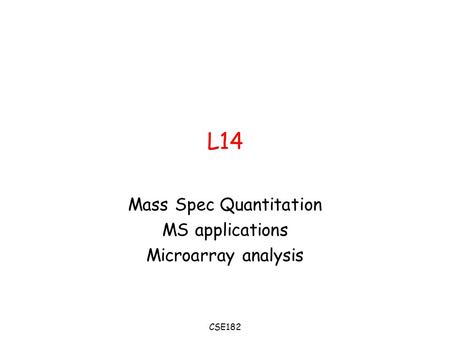 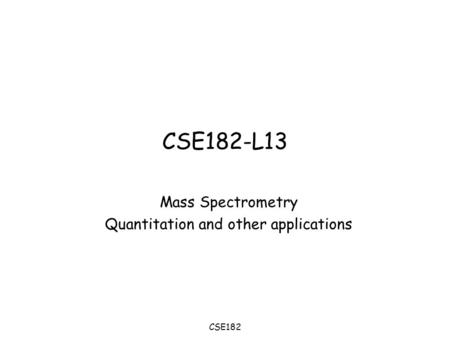 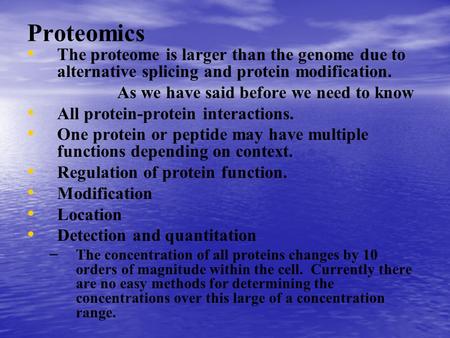 Proteomics The proteome is larger than the genome due to alternative splicing and protein modification. As we have said before we need to know All protein-protein. 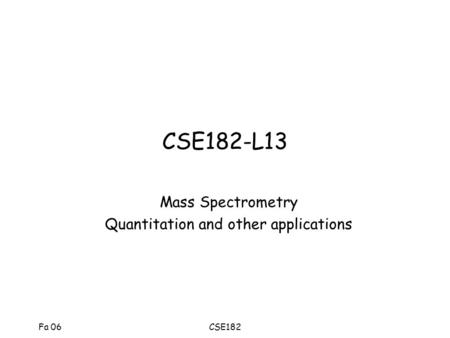 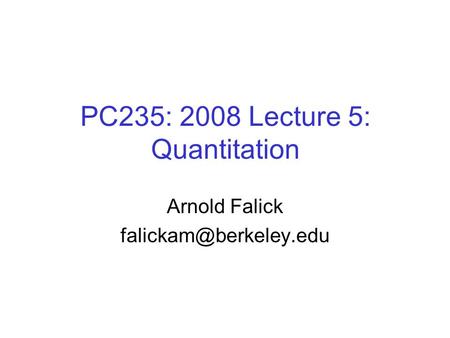 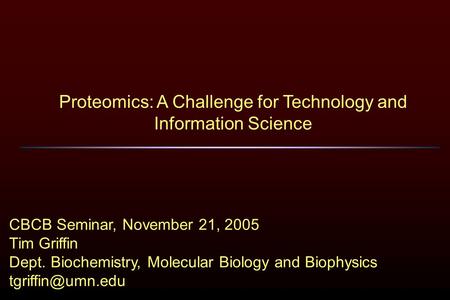 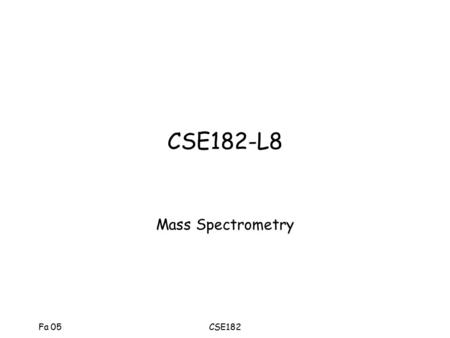 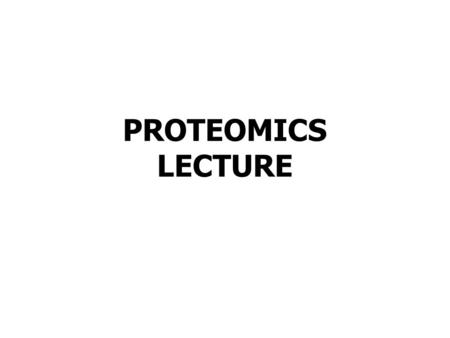 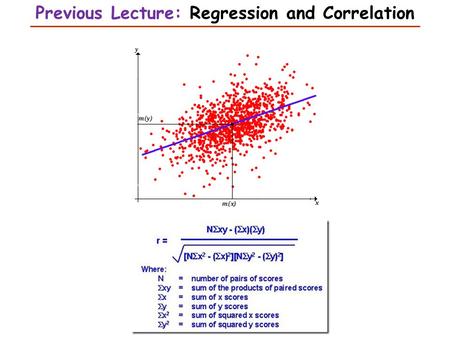 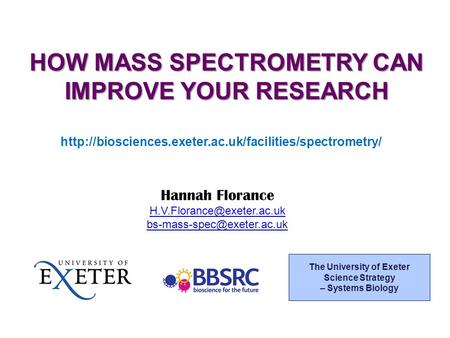 HOW MASS SPECTROMETRY CAN IMPROVE YOUR RESEARCH 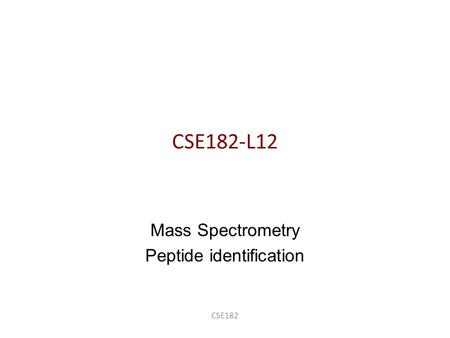 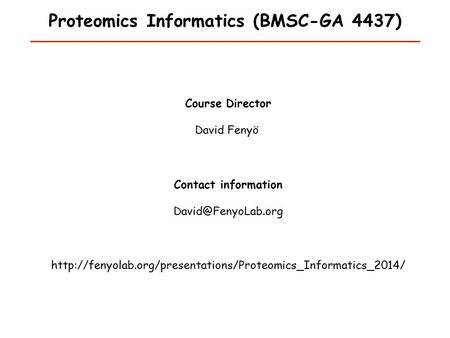