5 Combustion of alkanes Incomplete Combustion:  If there is an insufficient supply of oxygen, incomplete combustion occurs and carbon monoxide and carbon are also produced as products.

6 Substitution Reactions  Alkanes can react with halogens in the presence of UV light to form an acid and a substituted alkane.  Ex:

7 Substitution Reactions  Alkanes can react with halogens in the presence of UV light to form and acid and a substituted alkane.  Ex:

8 Mechanism of chlorination of methane  The mechanism of an organic reaction describes the individual steps.  When a chemical bond breaks, it breaks heterolytically or homolytically. Heterolytic fission: both of the shared electrons go to one atom, resulting in a negative and a positive ion. Homolytic fission: each atoms keeps one of the shared electrons, resulting in the formation of two free radicals.

9 Mechanism of chlorination of methane  The halogen-halogen bond is weaker than the C-H and C-C bond in methane and can break homolytically in the presence of UV light.  This stage of the mechanism is called initiation:

10 Mechanism of chlorination of methane  Free radicals contain an unpaired electron and are highly reactive.  When a chlorine free radicals come into contact with a methane molecule they combine with a hydrogen atom to produce hydrogen chloride and a methyl radical.  Since a new radical is produced, this stage of the mechanism is called propagation:

11 Mechanism of chlorination of methane  The methyl free radical is also extrememly reactive and reacts with a chlorine molecule to form the product and regenerate another chlorine radical.  Another propagation step:

12 Mechanism of chlorination of methane  In theory a single chlorine radical may cause up to 10,000 molecules of chloromethane to be formed.  When two radicals react together, termination occurs:

13 Mechanism of chlorination of methane  Further substitution can occur when chlorine radicals react with the substituted products.  For example:

14 Mechanism of chlorination of methane  The substitution can continue even further to produce trichloromethane and then tetrachloromethane.  The overall mechanism is called free radical substitution.  Note that in this mechanism hydrogen radicals, H, are not formed.

18 Addition reactions include the addition of hydrogen, bromine, hydrogen halides and water.

20 Bromination  Pure bromine is a red liquid, but has a yellow/orange color in sol’n.  When a sol’n of bromine is added to an alkene, the product is colorless.  Test for unsaturation: this decoloriation of bromine solution provides a useful test to indicate the presence of an alkene group.

21 Hydration  Ethene is an important product formed during the cracking of oil.  Although ethanol can be made from the fermentation of starch and sugars, much industrial ethanol is formed from the addition of steam to ethene.

23 Addition polymerization  Under certain conditions, ethene can also undergo addition reactions with itself to form a long chain polymer containing many thousands (typically 40,000 to 800,000) of carbon atoms.

24 Addition polymerization  These addition reaction scan be extended to other substituted alkenes to give a wide variety of different addition polymers.  Example 1: formation of PVC

25 Addition polymerization  These addition reaction scan be extended to other substituted alkenes to give a wide variety of different addition polymers.  Example 2: formation of PTFE (Teflon) 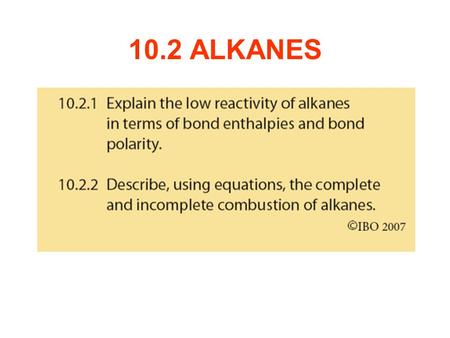 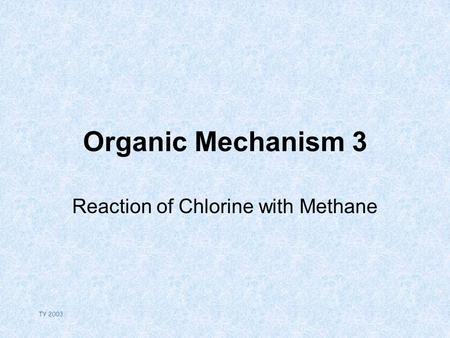 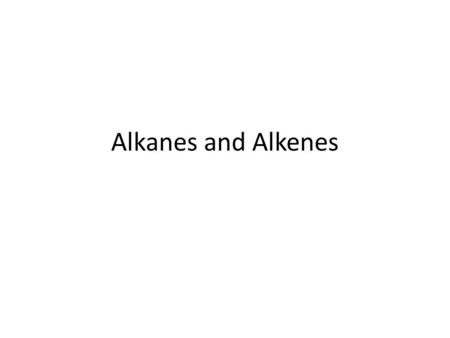 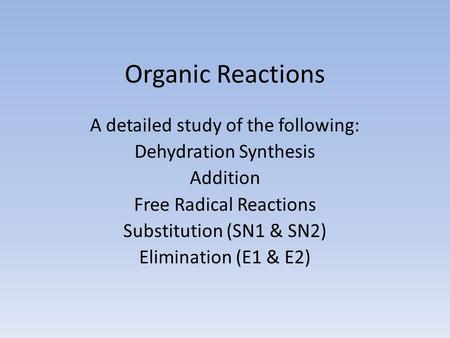 Organic Reactions A detailed study of the following: 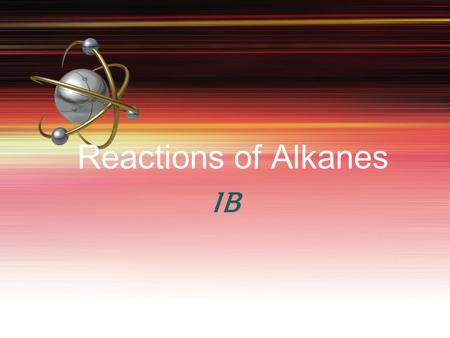 Reactions of Alkanes IB. Combustion of alkanes Alkanes are unreactive as a family because of the strong C–C and C–H bonds as well as them being nonpolar. 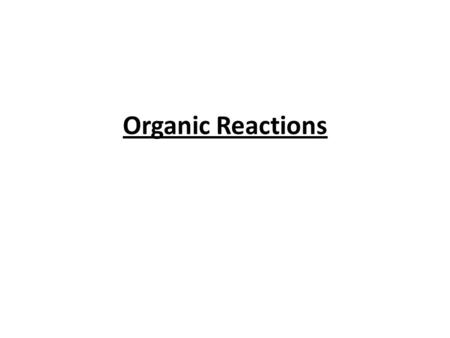 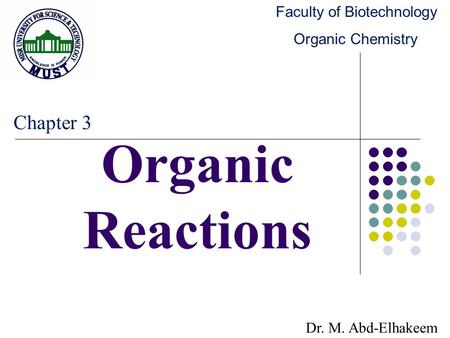 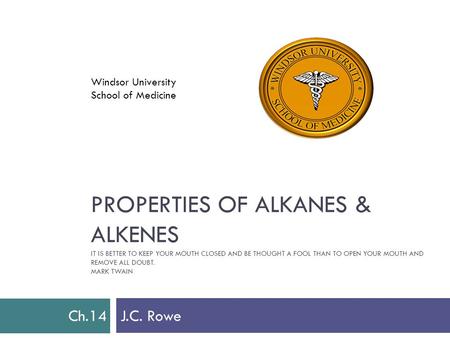 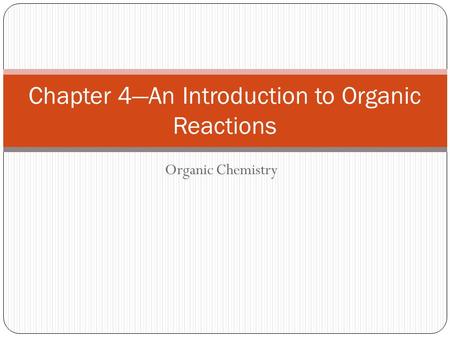 Chapter 4—An Introduction to Organic Reactions 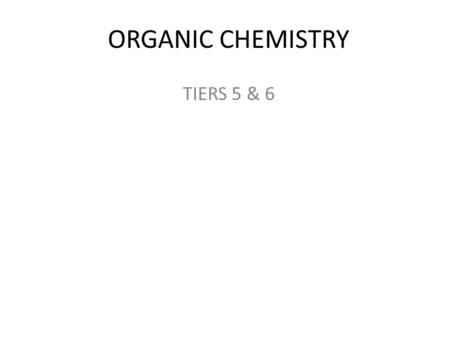 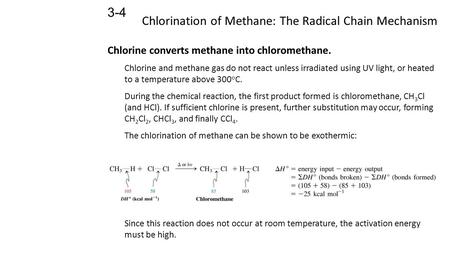 Chlorination of Methane: The Radical Chain Mechanism 3-4 Chlorine converts methane into chloromethane. Chlorine and methane gas do not react unless irradiated. 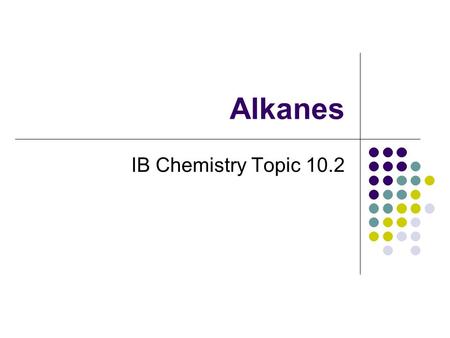 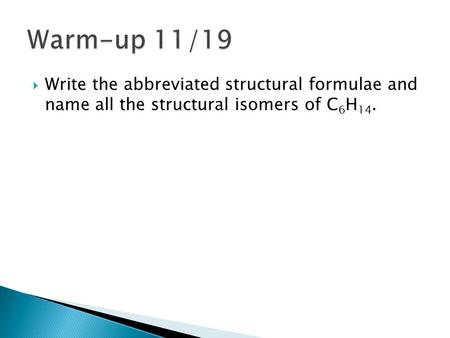  Write the abbreviated structural formulae and name all the structural isomers of C 6 H 14. 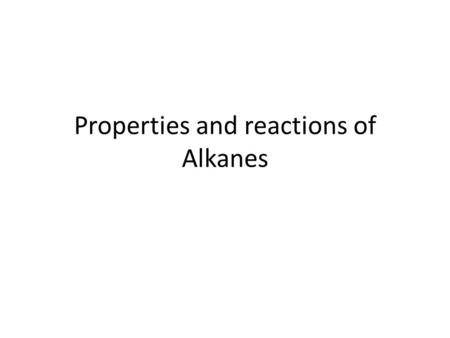 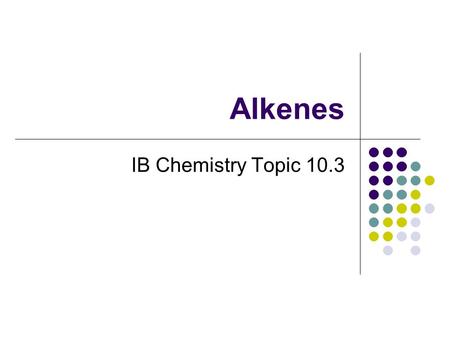 Alkenes IB Chemistry Topic What is the difference between alkanes and alkenes? Which do you think would be more reactive? 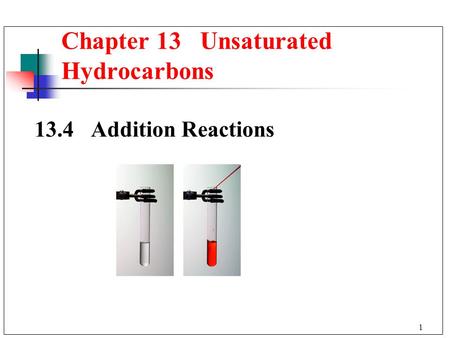 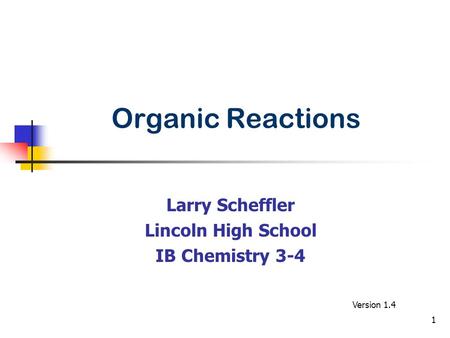 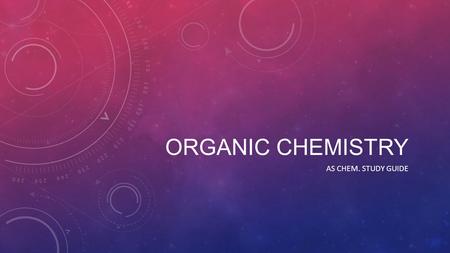 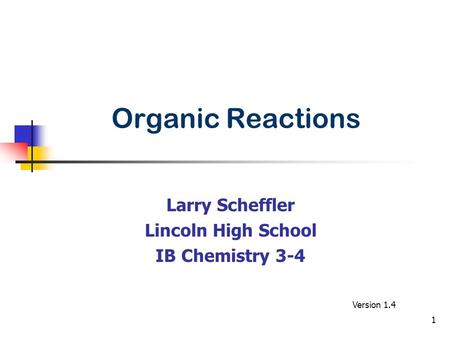