4 Seismic Uncertainty AB 1632 Report (2008) recommended biennial reports on a seismic vulnerability, among other topics. 2013 IEPR recommendation: PG&E should make its findings and conclusions available to the CEC, CPUC, and the NRC during reviews of the Diablo Canyon license renewal application.

6 Seismic Uncertainty 2013 IEPR Recommendation: PG&E should evaluate the seismic hazard analysis against the licensed design of the plant to ensure plant reliability and minimize costs to the ratepayer.

7 Seismic Uncertainty 2013 IEPR Recommendation: SCE should complete the SONGS seismic studies and provide results of the studies to the Energy Commission and CPUC.

8 Safe Operations and Emergency Planning 2013 IEPR Recommendation: PG&E should provide updated evacuation time estimates, including the real-time evacuation scenario following a seismic event, and submit it to the Energy Commission as part of the IEPR reporting process.

9 Safe Operations and Emergency Planning February 2015: NRC determined that an unauthorized change to emergency plan procedures for areas over the ocean at Diablo Canyon were of low to moderate safety significance.

11 Safe Operations and Emergency Planning 2013 IEPR Recommendation: PG&E should provide to the CEC and CPUC a comprehensive study on whether the Price-Anderson liability coverage for a severe event at Diablo Canyon would be adequate to cover liabilities resulting from a large offsite release of radioactive materials and identify and quantify any funding sources that would be necessary to cover any shortfall.

20 Thank you Written Comments due May 11, 2015 2015 IEPR is using e-filing: – http://www.energy.ca.gov/2015_energypolicy/ – Click on the “Submit e-Comment” link in the “Proceeding Information” box – Select 15-IEPR-12 Energy Efficiency – Enter your contact information and title of the comment – Select “IEPR 2015-04-27 Workshop” and “IEPR Public Comment” for subject – You may include comments in the box titled “comment text” or attach a file with your comments – Attached comments must be in a Microsoft® Word (.doc,.docx) or Adobe® Acrobat® (.pdf) formatted file. 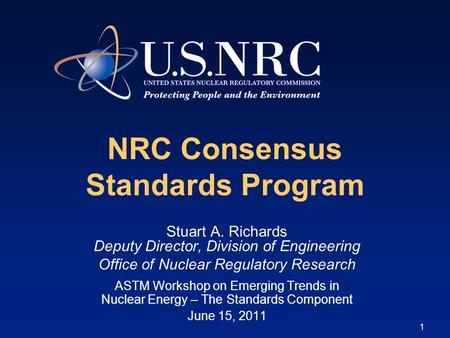 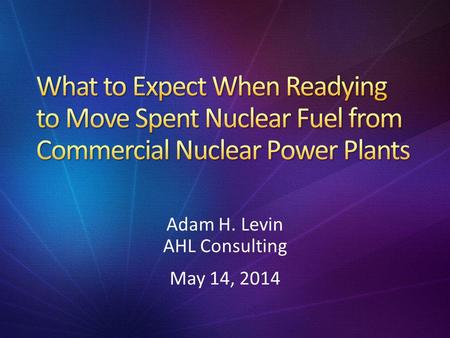 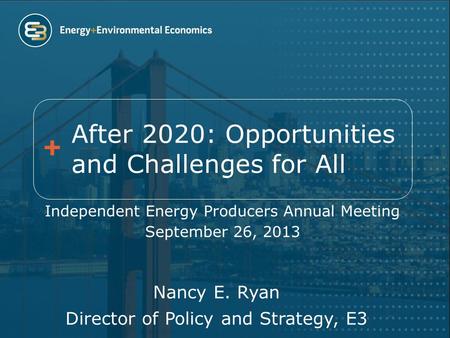 After 2020: Opportunities and Challenges for All Independent Energy Producers Annual Meeting September 26, 2013 Nancy E. Ryan Director of Policy and Strategy, 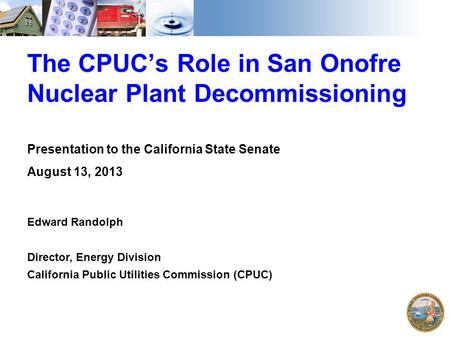 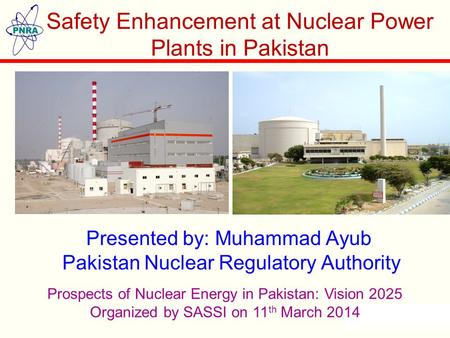 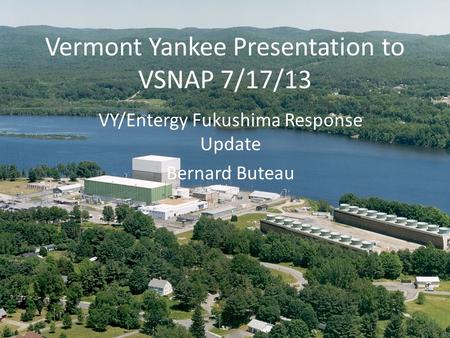 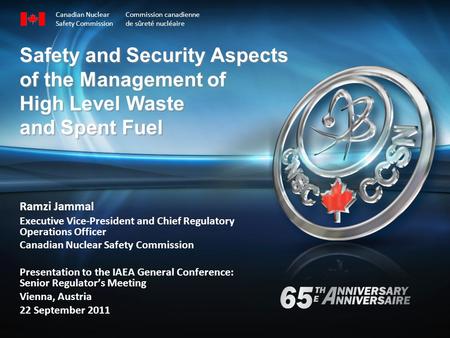 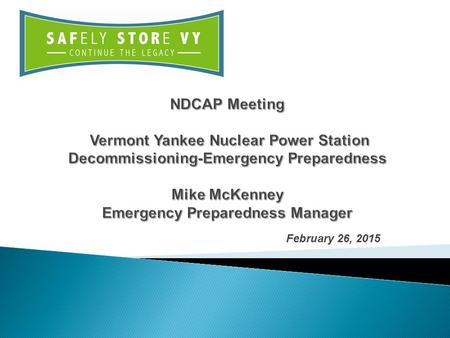 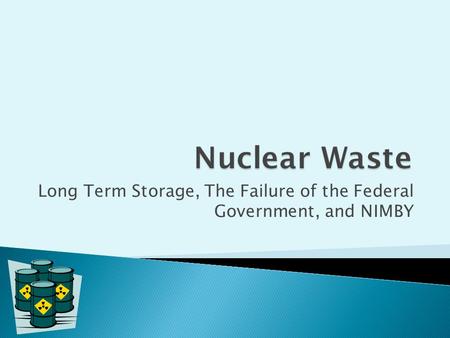 Long Term Storage, The Failure of the Federal Government, and NIMBY. 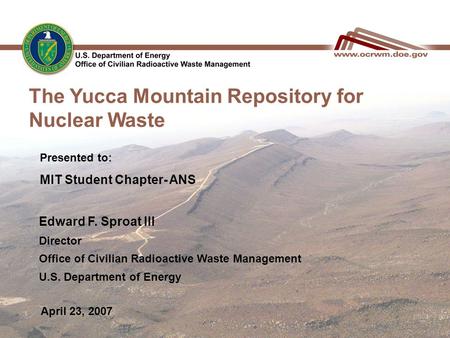 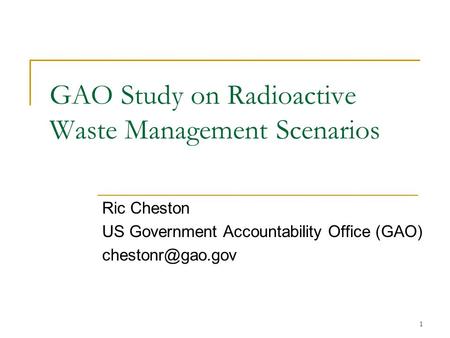 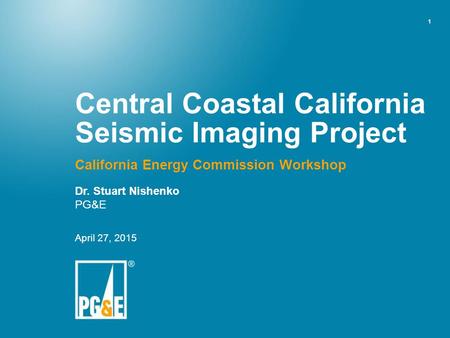 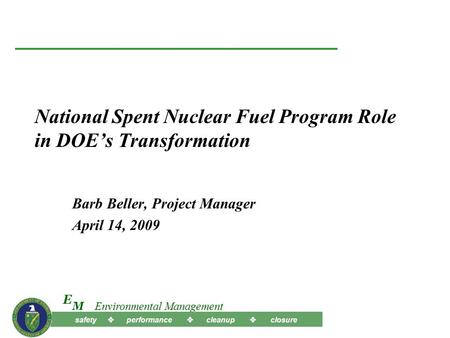 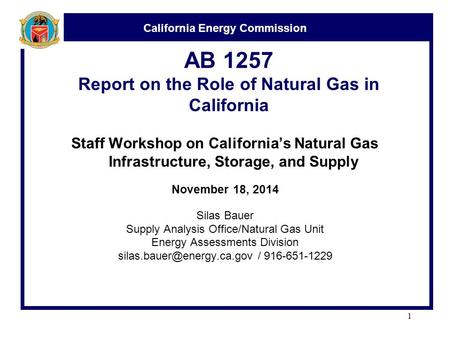 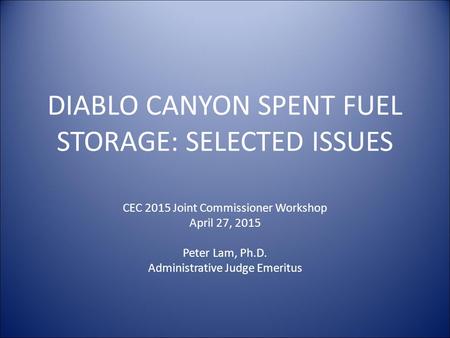 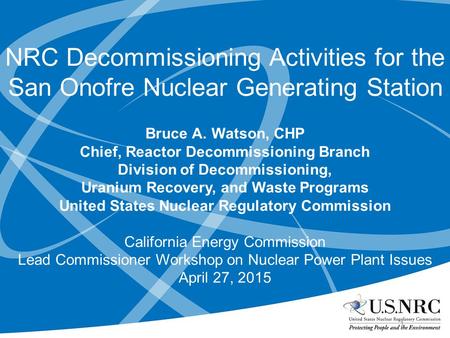 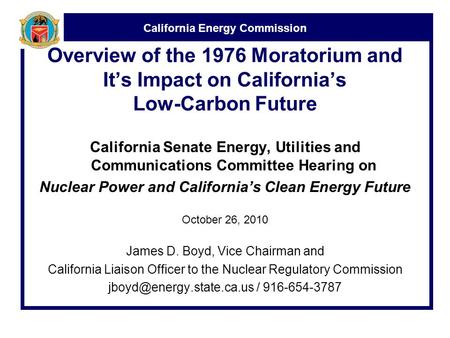 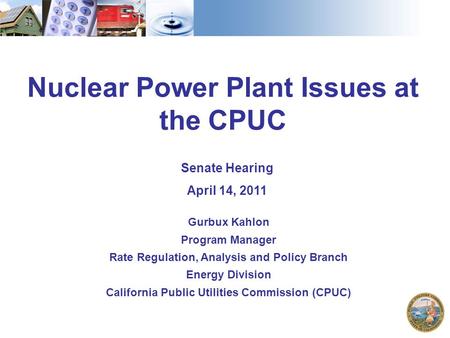 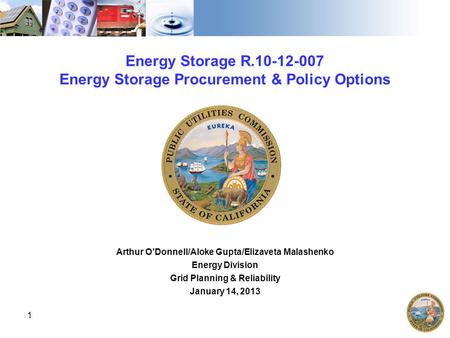 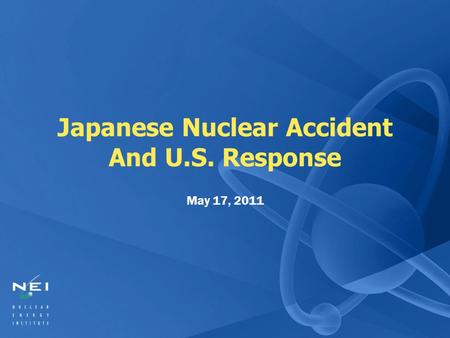