4 Grid The pattern of lines that circle the globe in East-West and North-South directions Kinesthetic activity: have students hold their left arm out in front of themselves then bend the right arm and hold the left elbow with the right hand. Have them face another student and connect to them with the left arm to the right elbow. This creates a three part grid.

5 Degrees Measures the distances on the grid from the Equator (the x- axis) or the distance of meridians from the Prime Meridian (the y- axis) Connect to Background Knowledge: Relate degrees on a map to degrees from school. Each time you graduate, you get a higher degree and thus hopefully more money, then tell them that each time you go up a degree on the globe, you get “higher” towards the North or South Pole. Have them think of the equator as the bottom, you may have to cut it in half in order for some to see or you can use the tennis ball again.

6 Latitude Imaginary East- West horizontal lines in the grid measuring the distance north and south of the equator Kinesthetic Activity: Have students lay down on the floor and state to them that they are now acting like a latitude line because it is flat across the globe. Spatial Activity: bring in a ladder to show the parallel lines that are latitude lines. Linguistic: Tell them that Santa Claus has to climb up the latitude lines to get to the North Pole.

8 Equator Imaginary line that circles the globe halfway between the North and South Poles Spatial: Bring in two tennis balls and have one cut in the middle all the way around. Break the one that is cut into the two pieces and show that they are equal to each other and that’s what the equator does for the earth also. You can also do this with an orange. Pass it around for the kinesthetic learners to do also. Another idea for kinesthetic learners is to have the students stand up and touch their heads and state that it is the north pole then the stomach is the equator and the feet are the south pole.

9 Longitude Imaginary North-South, Vertical lines that pass through the poles. They measure distance east and west of the prime meridian Kinesthetic Activity: Have students stand as tall as they can with their legs and feet together. Have them put their arms straight up to the ceiling and tell them that they are acting as longitude lines. Connect to background knowledge: Santa Claus slides down a long way to get to their house from the North Pole.

10 Meridians Lines of longitude that measure East to West of the Prime Meridian Connect to Background Knowledge: If the prime meridian is like Optimus Prime, then meridians are like the autobots.

15 Legend (KEY) explains what the symbols on the map represent
Connect to Background Knowledge: What is a legend in language arts? It’s a story right? Well legends in geography tell us a story too. It tells us the story about the map. The characters could be natural resources or in this case what items are in a school/park.

16 Test your knowledge! Map Activity (See if you can identify the basics)

18 Maps are a 2-dimensional graphical representation of the surface of a 3- dimensional, spherical earth in other words… Maps try to make our earth (which is a sphere) look like a flat rectangle. SCALE, SIZE & SHAPE

19 Scale The Distance between continents and latitude/longitude lines.

20 Size The actual area or square miles of a continent or place.

21 Shape The outline or format of what a country, continent, city, etc. looks like.

23 Planar Projection Project the Earth onto a plane that touches—the globe at a single point, and you get a planar projection. Because this projection, Also known as an azimuthal projection, is most accurate at its center, it is often used for maps focusing on one of the Poles.

24 Conic Put a cone on the globe to make a conic projection. Cut open the cone, and the basis of a map emerges. The map will be least distorted along the line where the cone touches the sphere.

25 Cylindrical Projection
Wrap the globe in a paper to form a cylinder. Cut the cylinder and flatten it into a map. This projection is most accurate near the Equator and greatly distorted near the Poles (Greenland/Africa problems)

27 Mercator Use the boardcylindrical
designed for European sailors - useful for finding directions/charting sailing course severely distorts the size of the extreme north and south countries example: Greenland and Africa

30 Robinson Robinson projection is a compromise which attempts to preserve enough of area, shape, distance, and direction so that the earth looks right - but actually preserves none of them.

31 Bottom Line All map projections have benefits and drawbacks, you will need to recognize these problems to determine the real perspective of the earth.

38 4. IDENTIFY WHAT ELSE the MAP IS SAYING

39 What is the map NOT telling you?
Make inferences on what the purpose of the map could also tell you. Maps sometimes over-simplify major ideas (so they’re easier to read), so they cut out other information. Take a second to explain inferences (tell students to make an annotation in their notes) 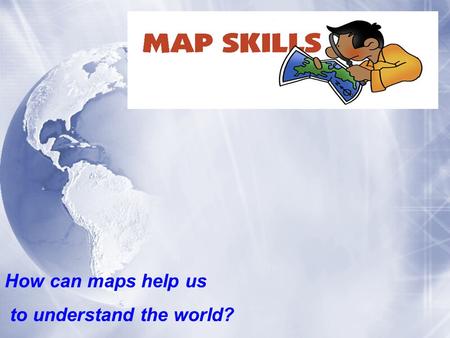 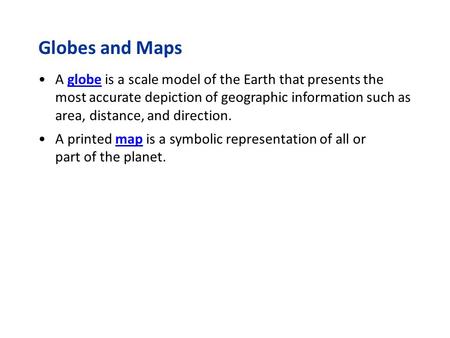 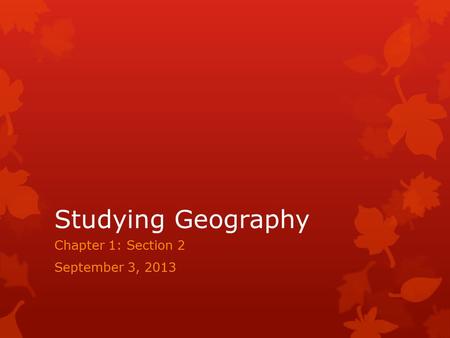 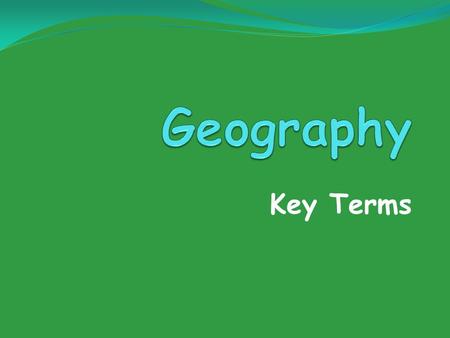 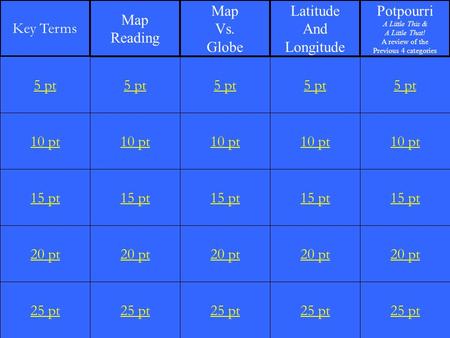 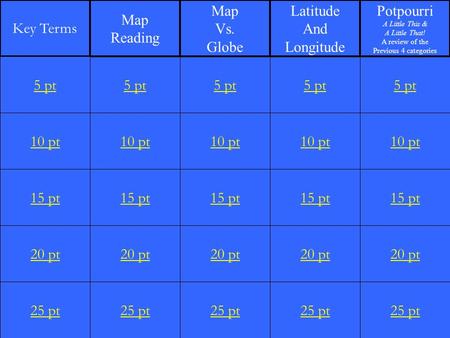 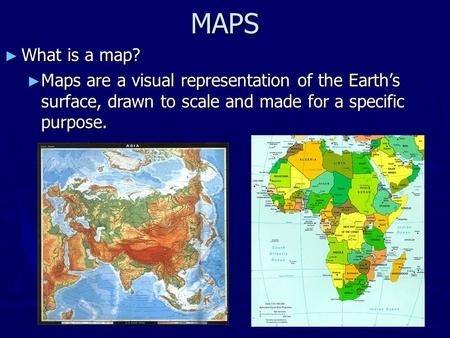