7 ITALIAN RENAISSANCE STYLE: ITALIAN RENAISSANCE mid 1400’s to late 1500’s, in Italy rebirththe ideas from ancient Greece and Rome portray the religion and philosophyrealistic view human appearance -Definition: The painting, sculpture and decorating of the mid 1400’s to late 1500’s, in Italy is known as Renaissance Art or style. The Renaissance era was a time of achievements for art and science. Renaissance means rebirth, it was a time when people returned to the ideas from ancient Greece and Rome. Artists like Michelangelo and Leonardo Da Vinci formed part of these age. The definition of Renaissance art or the purpose of it, was to portray the religion and philosophy of the era, with a realistic view and human appearance in sculptures and paintings. Renaissance was, in some way, a ignorant century were people didn’t express themselves as they wish, this lead art to a point where only religious art was allowed. religious scenes from the bible, marble oil paints and frescosrealisticfine brush strokes feeling of vivid life -Description: The style of this old and interesting art was more religious scenes from the bible than anything, deities and religion beliefs were in every painting of the era, marble was common for sculptures and oil paints and frescos were very common. The realistic look of the paintings and fine brush strokes gave the artworks a feeling of vivid life in every artwork of this era.

8 “THE CREATION OF ADAM”  “The Creation of Adam’’ is one of the best known artworks in the world. This famous painting has a very interesting area of emphasis, where the fingers of Adam and God touched, it stands out because the area is smaller than everything else around it.  Other principle of design that he use was variety, making everything look like it belongs to a place and making everything look realistic. Also movement, making some lines touch the edges of the artwork.

9 INTERPRETING MICHELANGELO‘ S ARTWORK.  As we read before, in Renaissance art, there was no other point than Religion, it communicates religion philosophy and religious beliefs. The ‘’Creation of Adam.’’ is about God creating the human and religious character, Adam. Being a Renaissance painting, this artwork gives a mood of seriousness and lack of feeling.

10 SUCCESSFUL  I believe that this artwork is successful, it communicates and gives the feeling of being a renaissance painting, the human-like appearance I believe its perfect. I choose Michelangelo for my project because I think that his artworks are very interesting, I am really surprised how realistic and beautiful they look, these kind of artworks are not common anymore and I think that the way he combined the colors is perfect.

11 ARTIST STATEMENT. I created an artwork that uses the style of Renaissance similar to the artist Michelangelo. My artwork shows influence from this style by using realism and fine brush strokes. The emotion that I was trying to express with this artwork is seriousness. I showed this by drawing the boy without any expression. I use soft colors, like pink and beige. The scene is just a boy, showing that he is not excited about anything that is happening around him. The area of dominance in my artwork is the gray eyes. This area stands out because it’s lighter than anything else around it; I made that area to be brighter. 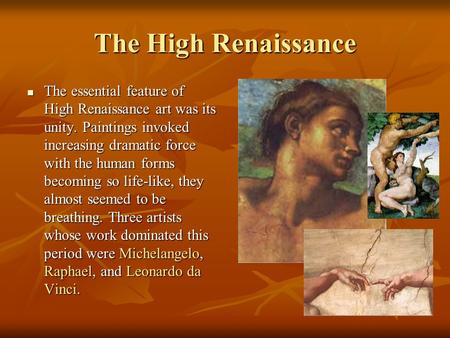 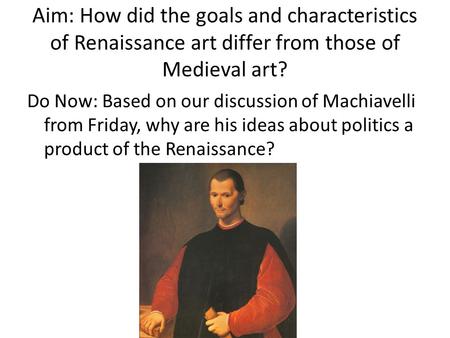 Aim: How did the goals and characteristics of Renaissance art differ from those of Medieval art? Do Now: Based on our discussion of Machiavelli from Friday, 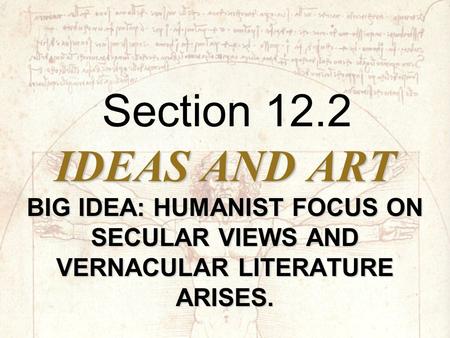 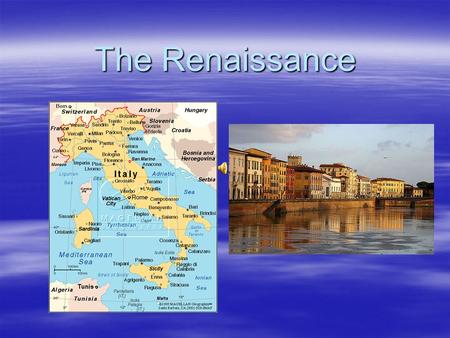 The Renaissance A Story of Death and Decline: Feudalism Ends 1.The Black Death kills half of the population 2.Peasants revolt- the Magna Carta is signed. 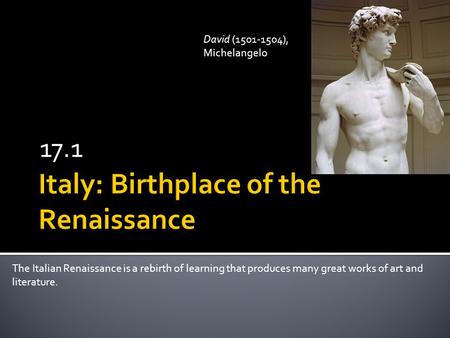 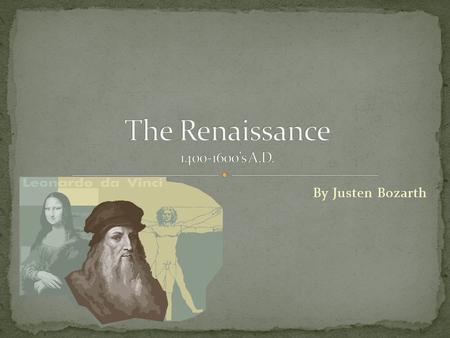 By Justen Bozarth. During the Renaissance the world was going through an extreme change. The word “Renaissance” in itself is defined as a “rebirth” or. 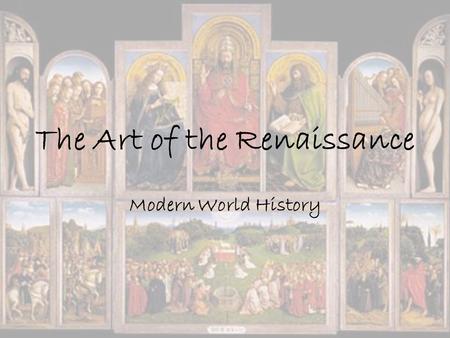 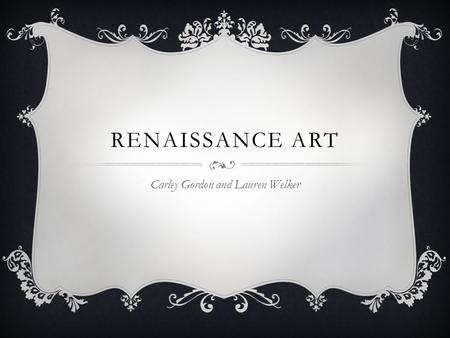 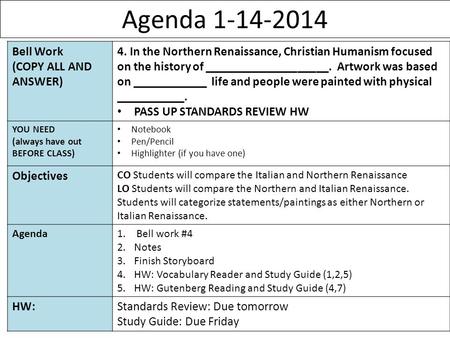 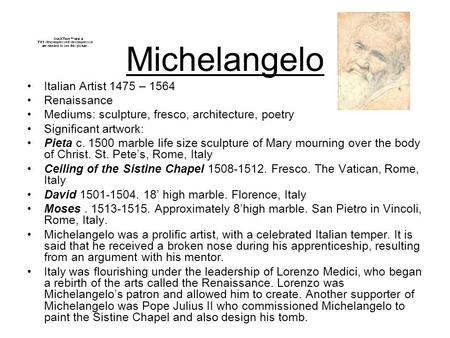 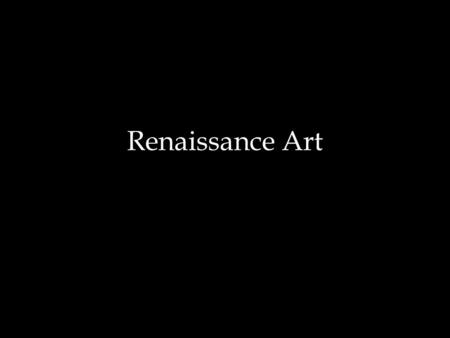 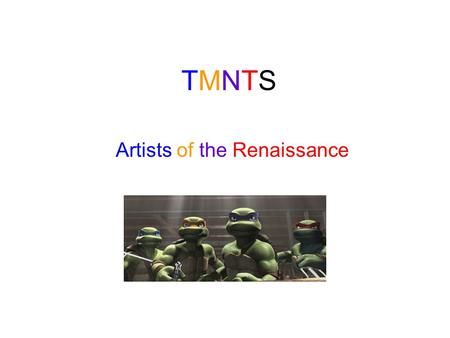 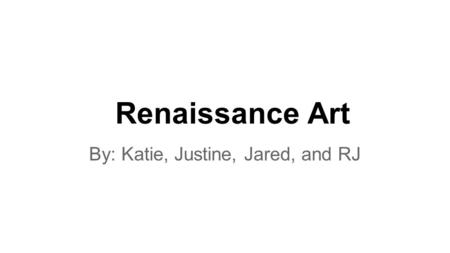 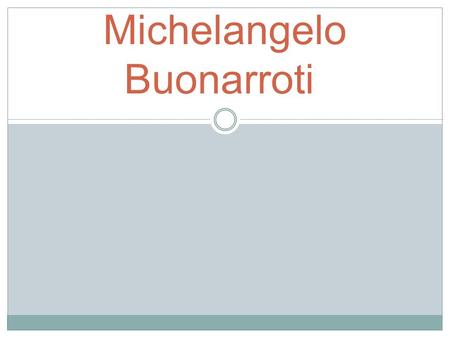 Michelangelo Buonarroti. Who was he? Born in the year 1475 in the town of Ceprese in Italy. He was raised in Florence. His father was a judge. 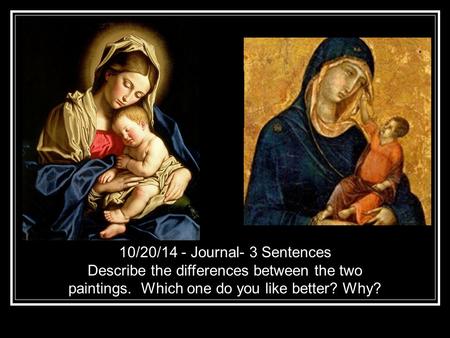 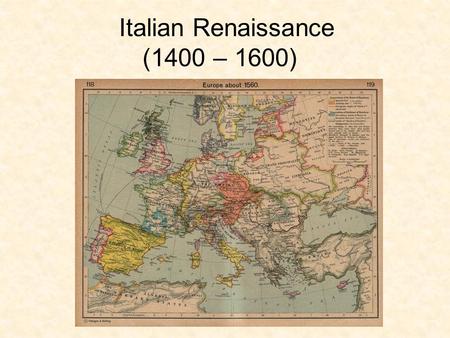 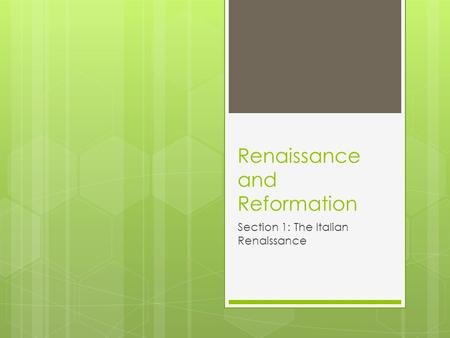 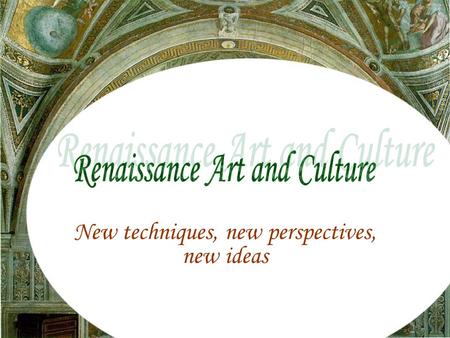 New techniques, new perspectives, new ideas. What do all of these pictures have in common?