6 Recent Evolution: Rainfall
For other boxes, see: Global_Monsoons/Asian_Monsoons/90d-precip_click_map.shtml Upper right: The rainfall over northern China has been continuously below normal Central right: But precipitation over southern China has been above normal for the season. Bottom right: Even though west coast of peninsular India got above normal rainfall recently, for the season as a whole the cumulative rainfall over southern India is still below normal. Also, in spite of the weaker rains in the past week or so, northern India (time series not shown) has received above normal rainfall for the season as a whole so far.

7 Atmospheric Circulation
The weak cyclonic circulation over northeastern China brought moisture from the adjacent oceans to eastern China. Anomalous southeasterly moisture flow from the northern Bay of Bengal continues to bring above normal rains to Northern India. The stronger than normal Somali Jet also brought excess rainfall for the week to the southwestern coast of India.

12 Summary So far precipitation, for the 2009 summer monsoon season as a whole, exhibited markedly different characteristics over India and China. Over China, precipitation was below normal over northeastern China while it was above normal over southern China. But over India, northern India the accumulated monsoon rainfall so far this season was above normal while it was below normal in the south. There is a considerable deficit of monsoon precipitation so far over Bangladesh, Myanmar, and eastern Indo-China peninsula. The NCEP GFS predicts that the large-scale Asian monsoon will hover around normal conditions for the next two weeks. 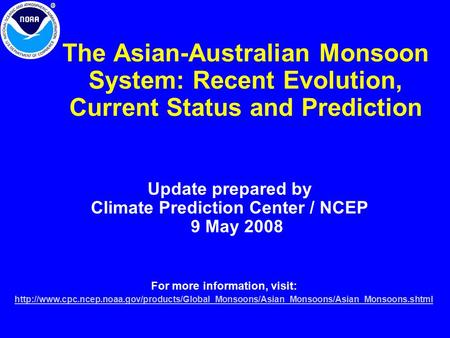 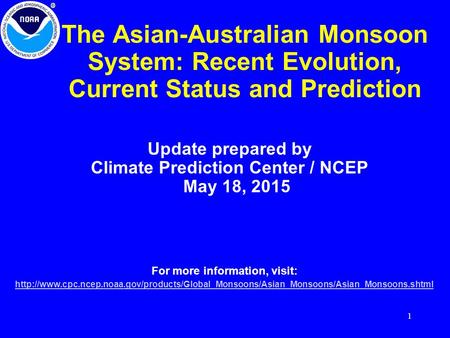 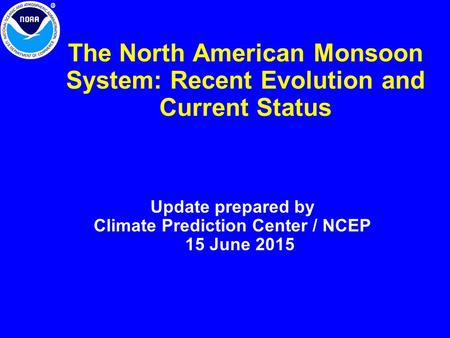 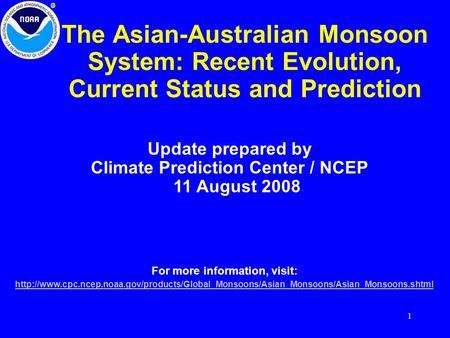 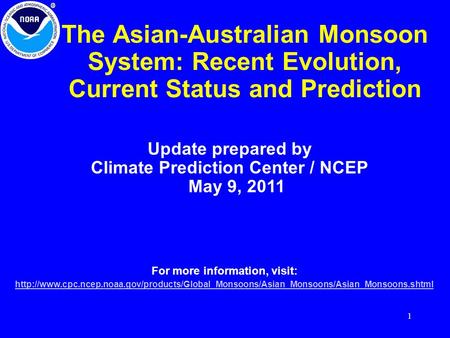 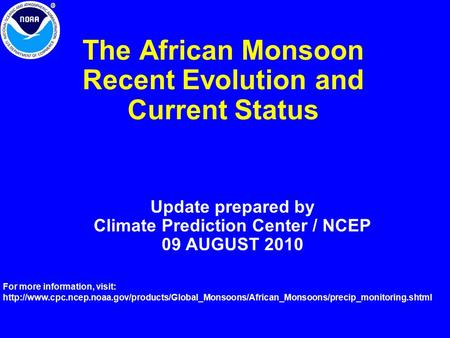 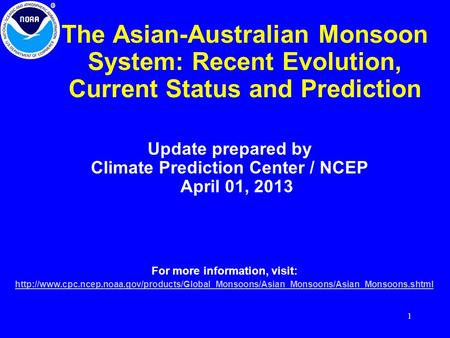 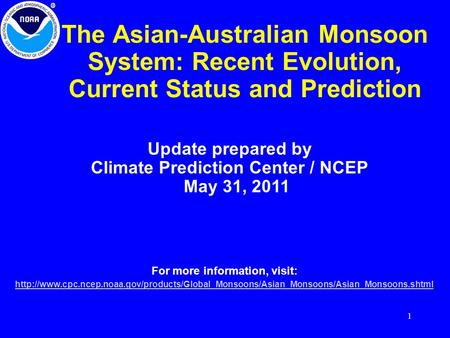 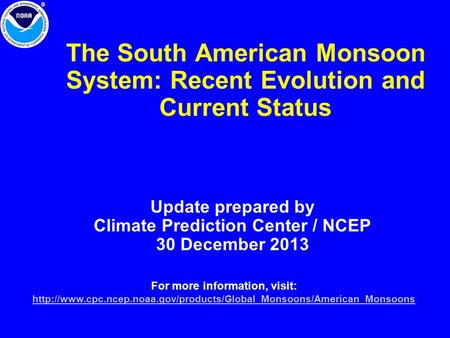 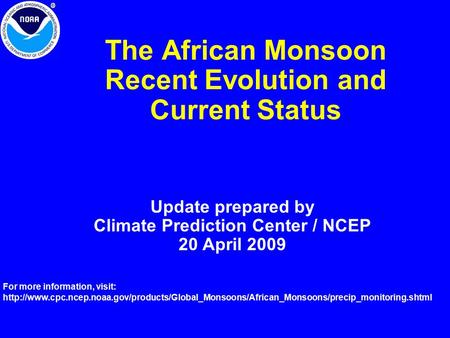 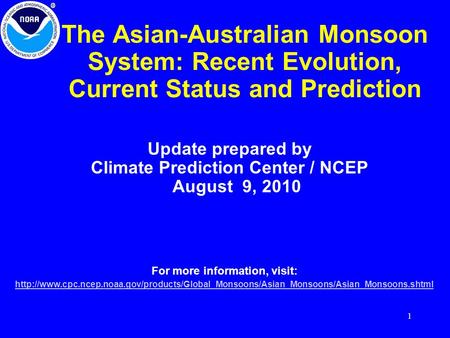 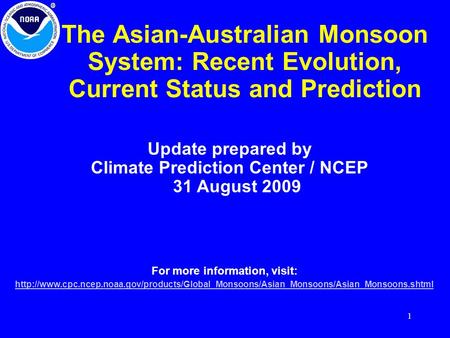 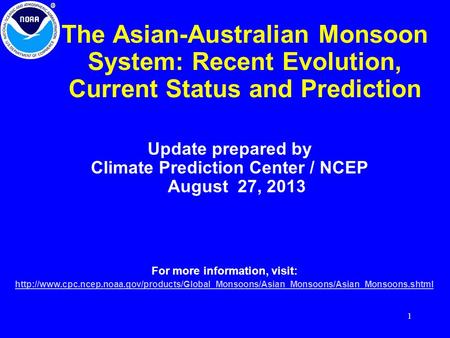 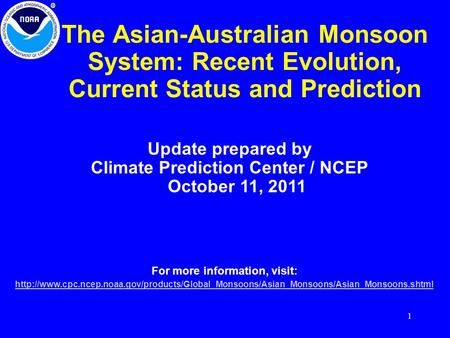 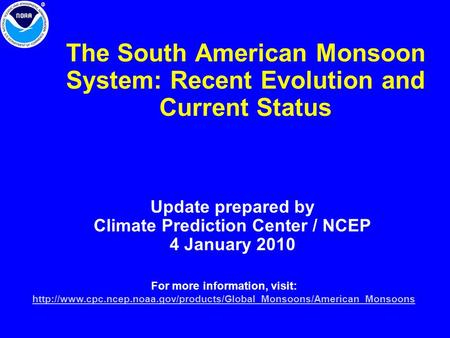 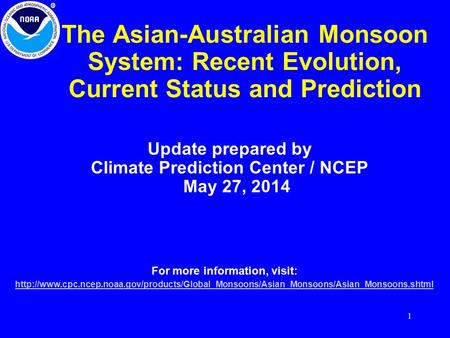 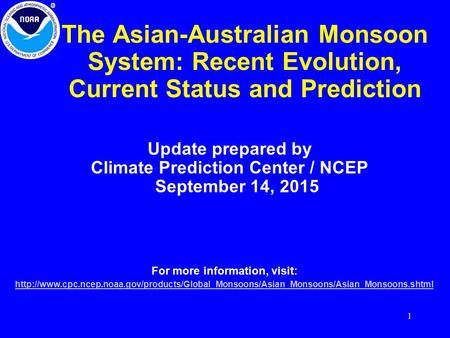 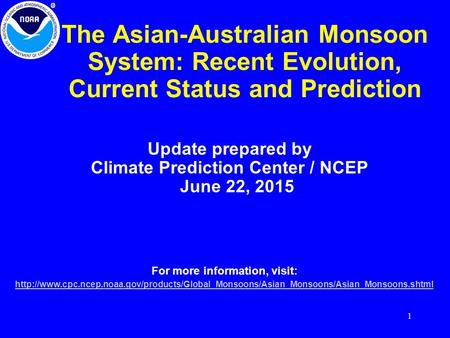 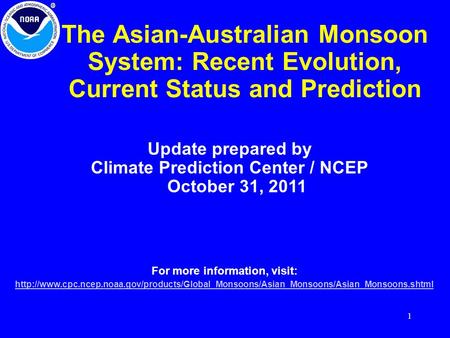