2 Elements of a Crime Two conditions must exist for an act to be considered a crime: Actus Reus and Mens Rea Actus Reus = A Wrongful Deed Mens Rea = A Guilty Mind The crown attorney must prove that actus reus and mens rea existed at the time the crime was committed

3 Actus Reus and Mens Rea In most instances the CCC will outline what must occur for an act to be considered a crime Mens rea exists if the offence is committed with: Intent or Knowledge Recklessness

6 Example: Criminal Harassment
The actus reus, or wrongful act, in the offence of criminal harassment is clearly spelled out in subsection 264(2) of the Criminal Code and includes: Repeatedly following, Repeatedly communicating with, Besetting or watching a dwelling or other place, or engaging in threatening conduct, when such conduct reasonably causes the victim to fear for their safety, or for the safety of others.

7 Example: Criminal Harassment
The mens rea, or mental element of the crime is indicated by the words “knowing” and “recklessly” in subsection 264(1).

8 Intent or Knowledge Intent is the true purpose of an act
General intent means that the intent is limited to the act itself and the person has no other criminal purpose in mind With assault, the intention is to apply force Specific intent exists when the person committing the crime has a further criminal purpose in mind For example a break and enter, with further intent to commit robbery Attempted murder, an assault took place with further intent to kill

10 Motive and Recklessness
Motive is the reason for committing an offence Motive is not the same as intent A person can have motive, but commit no crime at all Recklessness is the careless disregard for the possible results of an action Mens rea can exist as a result of recklessness Driving over the speed limit and causing death

11 Offences without Mens Rea
Some offences which are less serious do not require mens rea to be proven For example: speeding, polluting Strict liability offences require proof that the crime was committed, but the defendant can claim due diligence as a defense Driving with an expired license even though you did not realize it had expired

12 Offences without Mens Rea
Absolute liability offences require proof that the crime was committed, but there is no possible defense

13 You Be The Judge R v. Collins and French
How do you think the court ruled? Explain R. v. Williams

14 Attempt If you intend to commit a crime but fail to complete the act, you may still be guilty Proving attempt means proving that there was intent to commit the offence The actus reus for attempt begins when the person takes the first step toward committing the crime 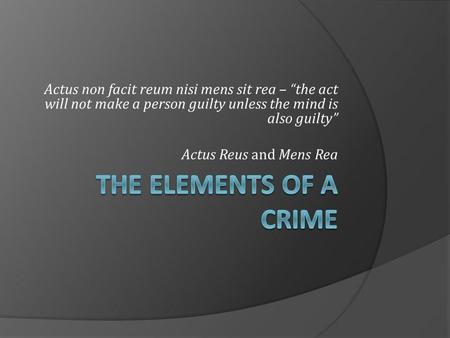 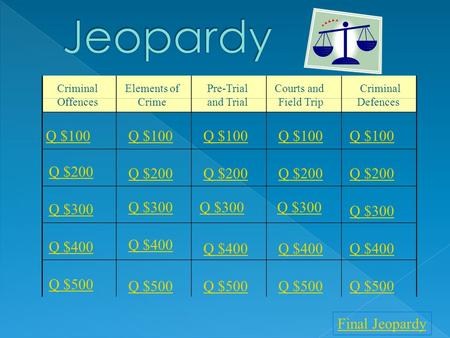 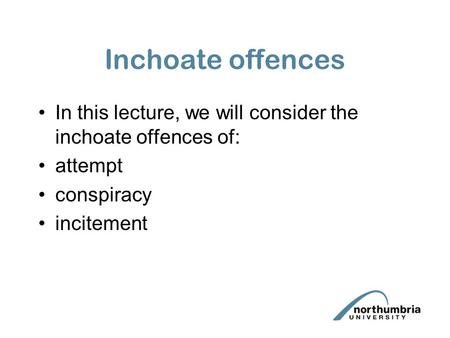 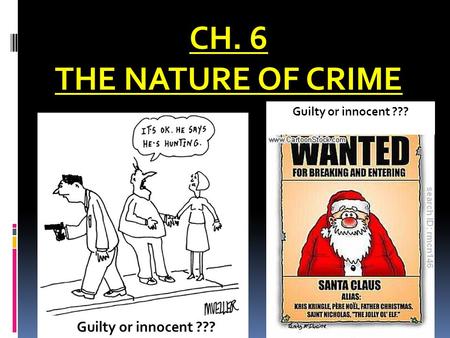 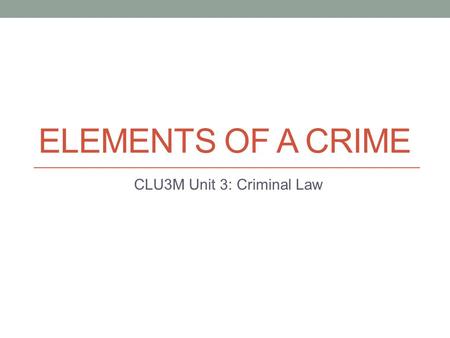 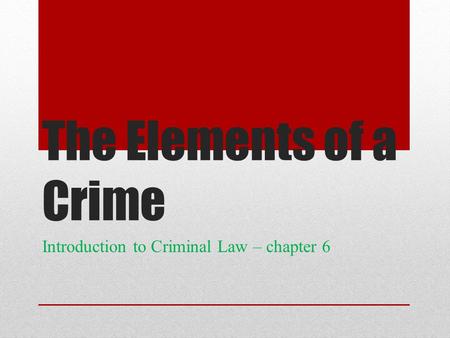 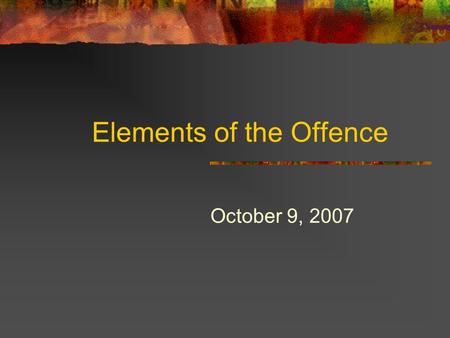 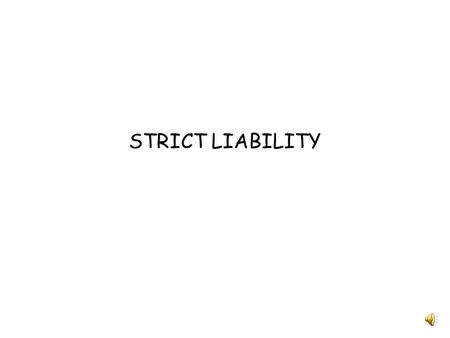 STRICT LIABILITY. Strict liability offences are those where it is not necessary to prove mens rea. D’s fault is established by proving the actus reus. 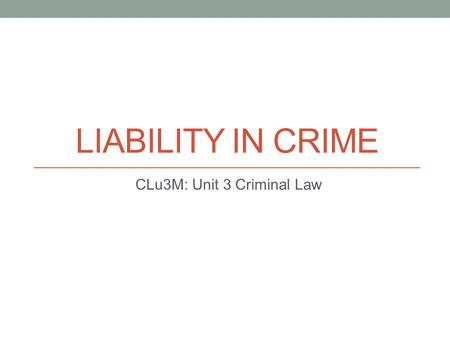 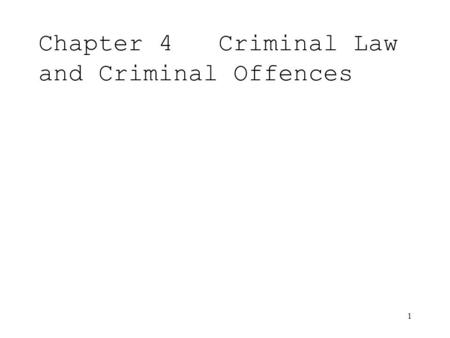 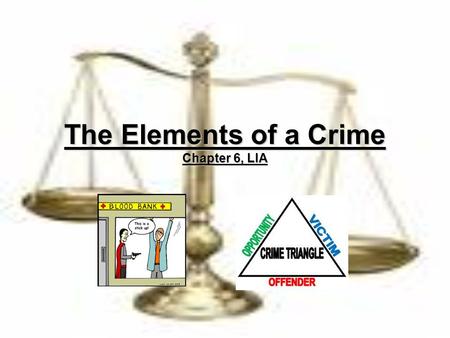