5 Ruling the South American Colonies Why did Spain and Portugal colonize the New World? Catholicism was brought to the Americas by Spanish and Portuguese rulers. Priests and monks converted the Native Americans and taught them loyalty to the crown. By 1800, the Catholic Church controlled half the wealth in Latin America. Colonists were mad at the trade restrictions and high taxes Spain and Portugal forced them to pay.

11 Discussion: Why would colonists in Spanish/Portuguese South America want independence?

12 Revolution Country Project Peer Evaluation Rubric Overview Presentation Requirements Audience Participation (wkst, questions, etc.) – If you are rude or not paying attention during others’ presentations, you will lose points off of your own project! Be respectful! All posters are due today! You will lose 10 points every day it is late. Be prepared to present everyday! Come to class!

13 BELLWORK: Block 2 “Ruling the Colonies” – pg. 442 1.Describe the mercantilist view European nations had towards their colonies in Latin America. 2.What role did the Catholic church play in the colonies? 3.Describe the social hierarchy in Latin America. 4.Which social group led the revolts? Why? “Uprising in Haiti” – pg. 443 5.Why did France want to maintain control of Haiti? 6.Why did Haitians want independence from France? 7.Describe the role of Toussaint-Louverture. 8.Explain the outcome of the Haitian Revolution.

14 BELLWORK: 1/30 "Mexico Struggles for Freedom" – pg. 444 1.Who was Miguel Hidalgo? What was he fighting for? 2.Who was Jose Morelos? Why was he important? 3.Why did Mexican creoles fear reform? 4.Who was Iturbide? Why was he important? "Spanish South America" – pg.444-445 5.Who was Bolivar? How was he involved in the movement? 6.Who was Jose de San Martin? Why is he important? 7.THINKER: Make a connection --> How did Napoleon's takeover of Spain and Portugal effect their colonies in Latin America?

15 BELLWORK 2/2 Read “Brazil gains independence” on page 445: 1.Why did the Portuguese royal family flee to Brazil? 2.List five changes King João implemented in Brazil. 3.Who was Dom Pedro? 4.How did Brazil gain independence? 5.Explain the changes in government post- independence. 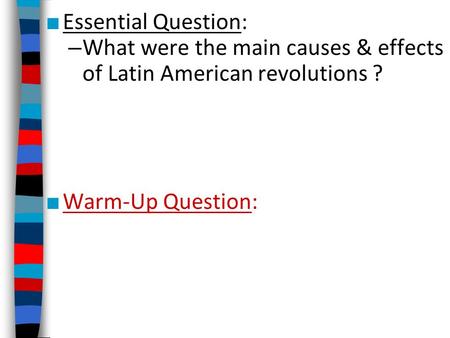 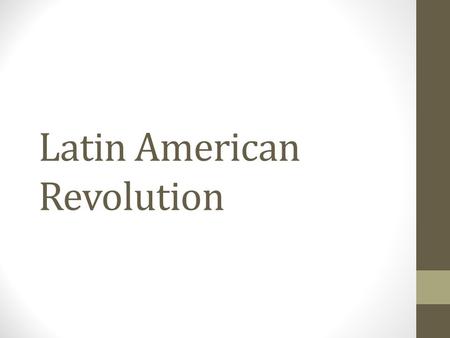 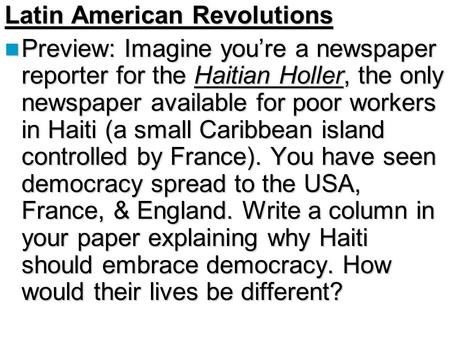 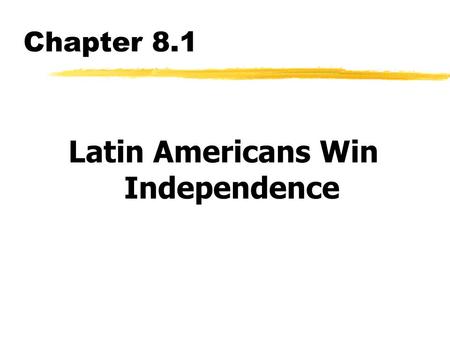 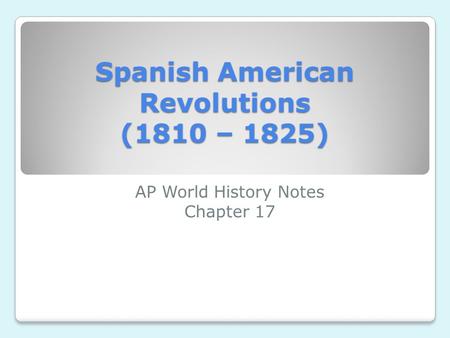 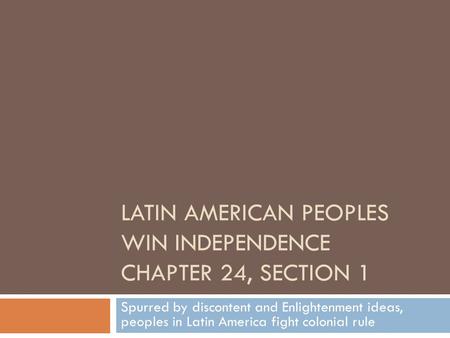 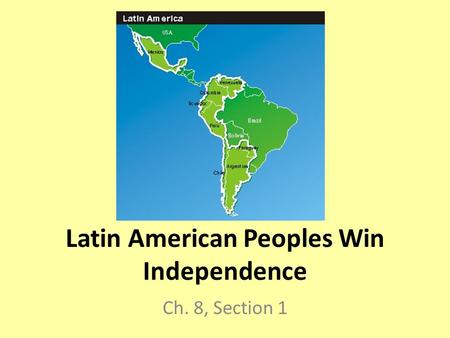 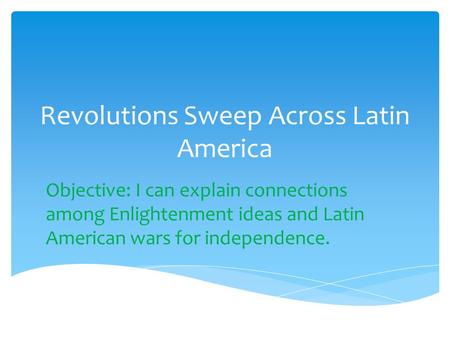 Revolutions Sweep Across Latin America Objective: I can explain connections among Enlightenment ideas and Latin American wars for independence. 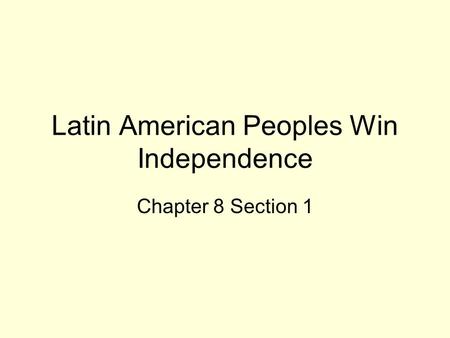 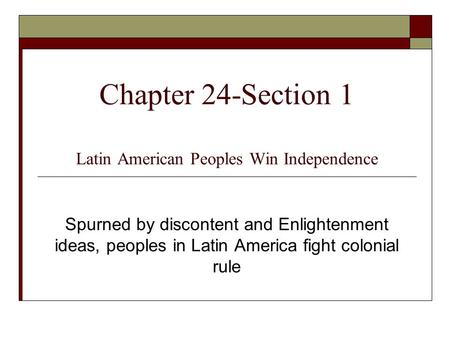 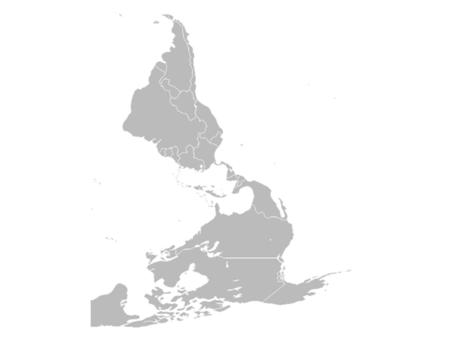 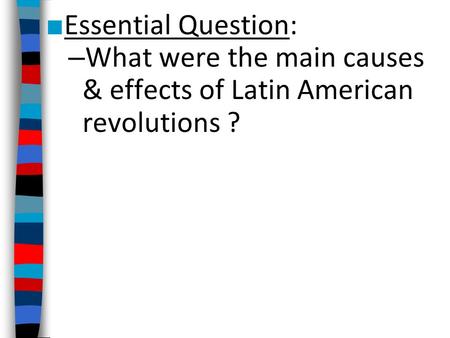 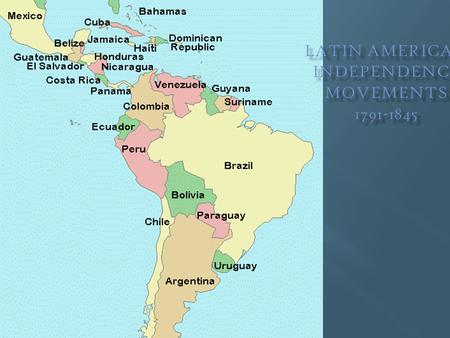 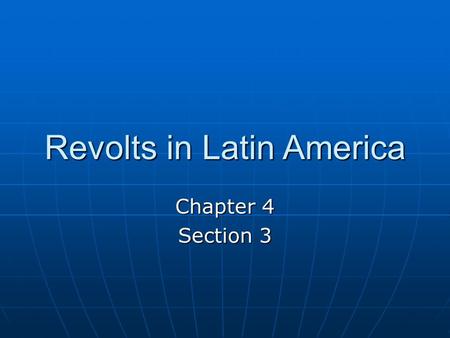 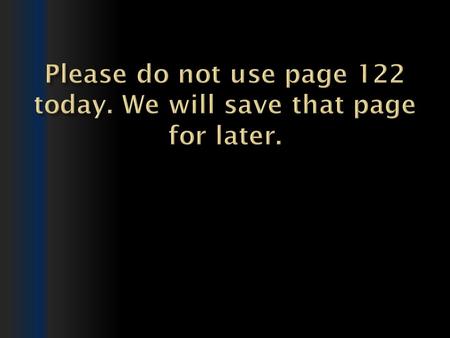 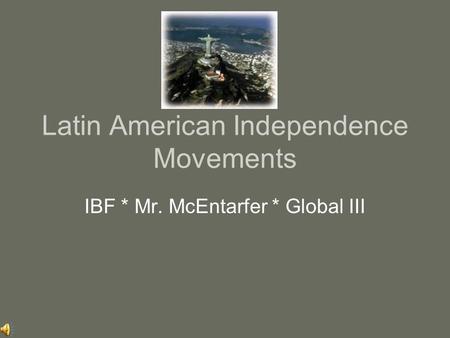 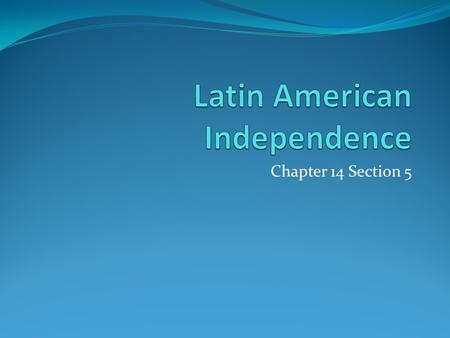 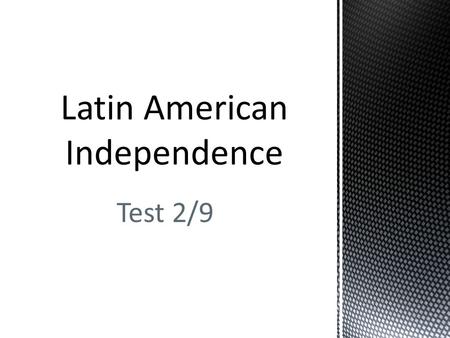 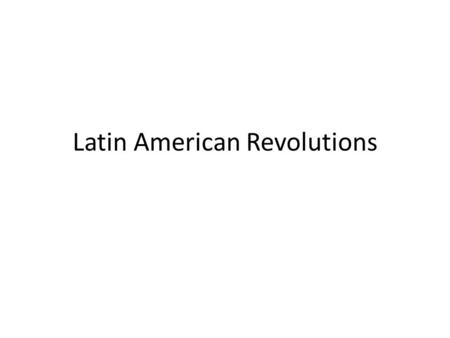 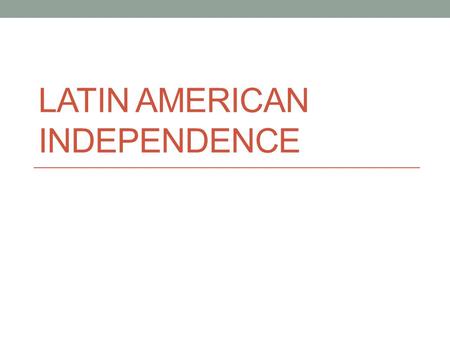