Presentation on theme: "A force is defined as a push or a pull that acts on an object."— Presentation transcript:

7 Vector arrow attached to the receiver of the force
length = magnitude of the force direction shown by the arrow head →, ↓, ↑, ←

8 Net force Forces in the same direction: add the forces together
Forces in different directions: subtract the smaller force from the larger one

Download ppt "A force is defined as a push or a pull that acts on an object." 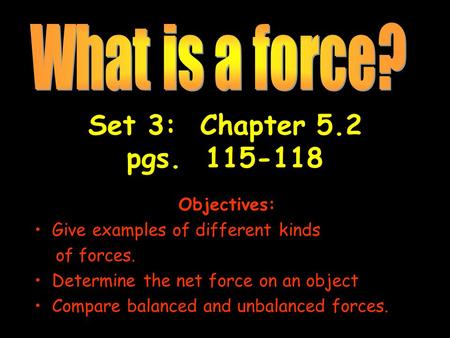 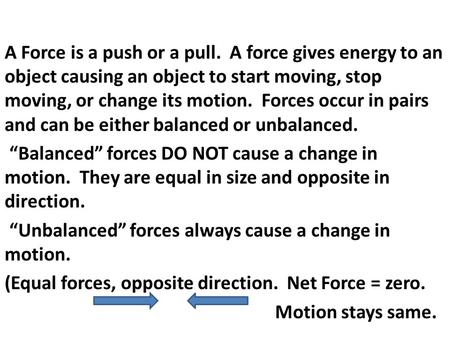 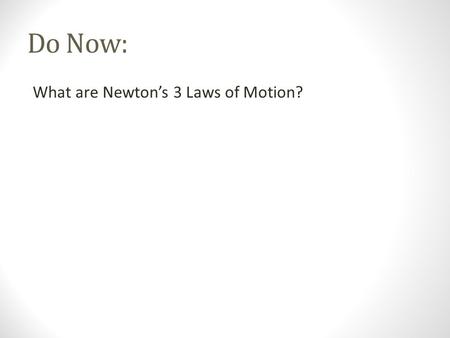 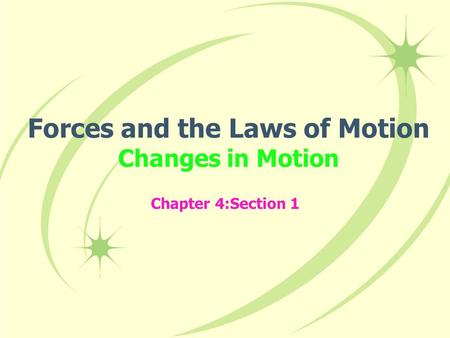 Forces and the Laws of Motion Changes in Motion Chapter 4:Section 1. 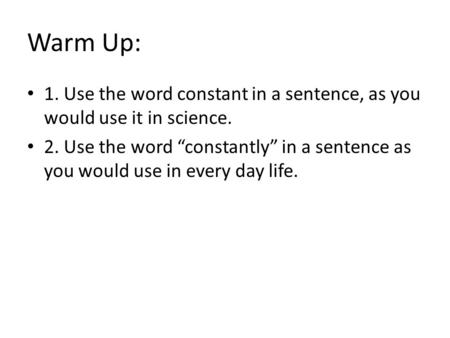 Measurement and Motion Force Force is a kind of push or a pull on an object.