2 Volcanic Eruptions As magma heats up it becomes LESS dense and flows upwards. If there is an opening in the crust, it will reach the earth’s surface – a volcano is born!

5 ERUPTIONS As magma rises the pressure surrounding it decreases. (It is not as deep anymore) This allows gases in and around the magma to expand. These expanding gases push the magma out of the volcano. Eruptions can spew out Ash – fine dust specks Cinders – pebble-sized particles Bombs – baseball to car sized pieces!

7 2 types of eruptions QUIET: magma low in silica; magma flows easily, gases bubble out slowly and gently. EXPLOSIVE: magma high in silica; thick/sticky; doesn’t always flow out of the crater; can plug it like a cork; gases get trapped and build up pressure until they “explode”. PYROCLASTIC FLOW: when the volcano hurls out a mixture of hot gases, ash, cinders, and bombs.

11 Edge of a pyroclastic flow

14 Stages of Volcanic Activity
Volcanoes are classified as: ACTIVE – a live volcano that is erupting or will in the near future DORMANT – “sleeping” may erupt again EXTINCT – a dead volcano; unlikely to ever erupt again.

18 Calderas Caldera – huge hole left by the collapse of volcano

19 Soils from Lava & Ash When hardened lava erodes and forms soil, phosphorous, potassium and other important minerals are released. These make the soil very fertile.

20 Dikes and Sills When magma forces itself across rock layers it hardens into a DIKE. When magma squeezes between horizontal layers of rock it forms a SILL.

23 Volcanic Necks Forms when magma hardens in the volcano’s pipe and the softer rock surrounding it erodes away.

28 In ARKANSAS In IDAHO Hot Springs 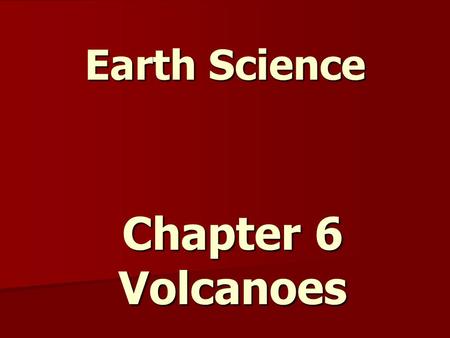 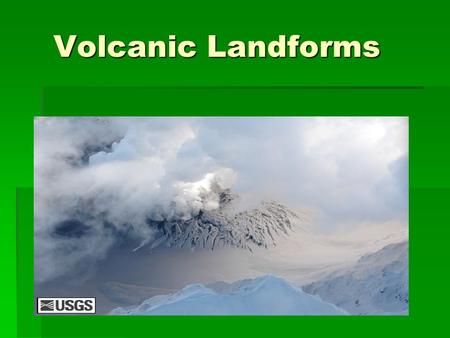 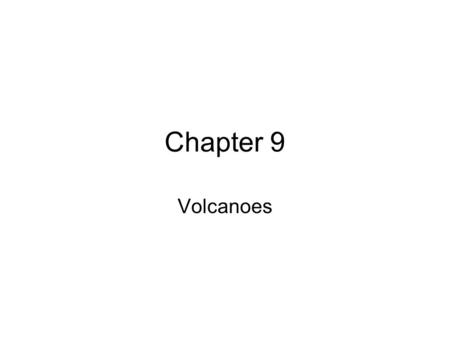 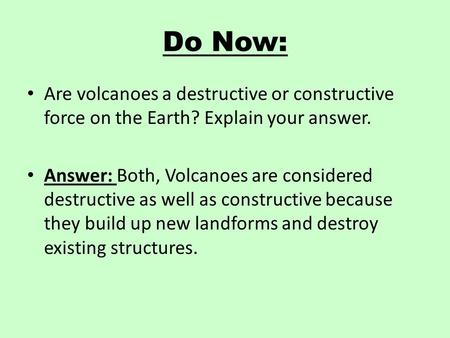 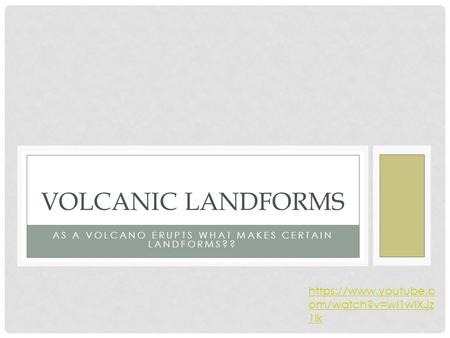 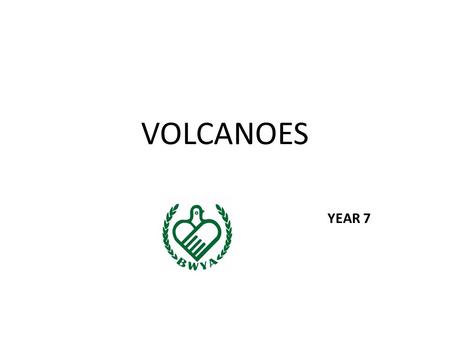 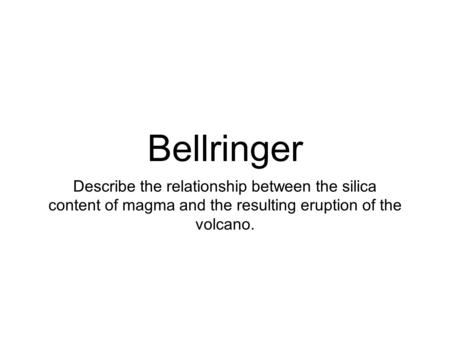