Presentation on theme: "IS THERE ANY SIN SO GREAT THAT GOD WILL NOT FORGIVE? WHAT ABOUT MANY SINS? GOD IS WILLING TO FORGIVE ANY AND ALL God’s Forgiveness."— Presentation transcript:

1 IS THERE ANY SIN SO GREAT THAT GOD WILL NOT FORGIVE? WHAT ABOUT MANY SINS? GOD IS WILLING TO FORGIVE ANY AND ALL God’s Forgiveness

2 Introduction One of the hindrances to the gospel is that some people feel their sins are too great. “I am so bad, that God will not forgive me”. This is a deception from Satan himself. One thing we can do is look back and see that God forgives many sins and horrible sins. For this lesson, we want to look at Manasseh.

3 Manasseh We can read about Manasseh in 2 Kings 21 and in 2 Chronicles 33 While most accounts between these too books are very similar, the outcome of Manasseh is very different in each version.

4 Manasseh Was eight years old when he became King. His father, Hezekiah had been faithful to the Lord in many things, but his life had been cut short because of what he did. Hezekiah showed the Babylonians all the treasures of the Temple and his kingdom. As soon as Manasseh had become king, the record says that he did evil in the sight of the LORD.

5 Manasseh He copied the evil of the surrounding nations. He set up alters to the Baals. He made wooden symbols of worship (the Asherim). He worshiped all the host of heaven and served them (sun, moon, stars, nature, etc). Hezekiah spent the latter years of his life cleaning up Judah and removing the altars to the various deities. Manasseh tore that life’s work apart immediately.

6 Manasseh He put the idols in the temple. You can imagine how God felt about this. He offered some of his children to the various gods by sacrificing them in the fire and offering them up on altars. He practiced witchcraft, divination, sorcery. He dealt with mediums, spiritists, and fortune tellers.

7 Manasseh He angered the Lord (literally provoked God to anger). He carved his own idol and placed it in the temple (in the most holy place where the ark had resided for many years. Manasseh led the people to do more evil than those nations God had destroyed for their wickedness.

8 Manasseh God spoke to the king and the people. They paid no attention to what God said. The prophets were disregarded and some killed. In fact, anyone faithful to God was slain at his command, and tradition has it that the streets ran with blood like a river. According to tradition, this is when Isaiah died by being sawn alive.

9 Manasseh Because of this, God caused the Assyrians to come and capture Manasseh and took him to Babylon with a nose-hook. He was imprisoned. He was distressed. He had nowhere to go.

10 Manasseh Here is what he did: He entreated the LORD his God, And humbled himself greatly before God. He prayed to God a most excellent prayer. To the point that God was moved by his prayer.

11 Manasseh It does not say how, but Manasseh was returned to his throne in Jerusalem. Then, Manasseh knew that the LORD was God. After this, he built an outer wall of the city of David and reinforced some of the other structures. He put army commanders in all the fortified cities of Judah.

12 Manasseh He removed the foreign gods and idols from the house of God. He destroyed all the altars and places of worship that he had built. He set up an altar to the LORD and offered sacrifices to God. He commanded the people to obey God.

13 Conclusion Manasseh was counted as the most wicked king in Judah’s history. Manasseh was punished by God. Manasseh humbled himself before God. Once Manasseh started serving God, God blessed him. No matter how evil you think you have been, just humble yourself before God and obey Him, and God will bless you also.

Download ppt "IS THERE ANY SIN SO GREAT THAT GOD WILL NOT FORGIVE? WHAT ABOUT MANY SINS? GOD IS WILLING TO FORGIVE ANY AND ALL God’s Forgiveness." 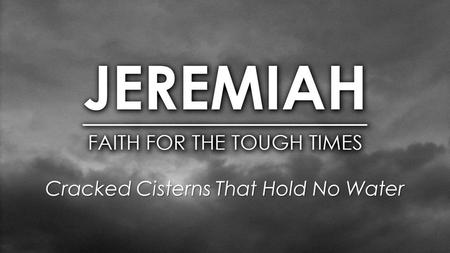 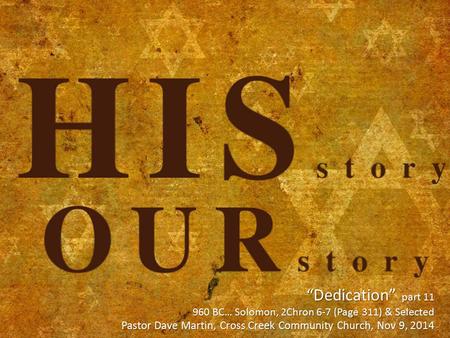 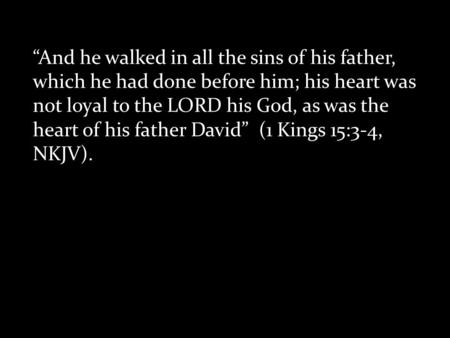 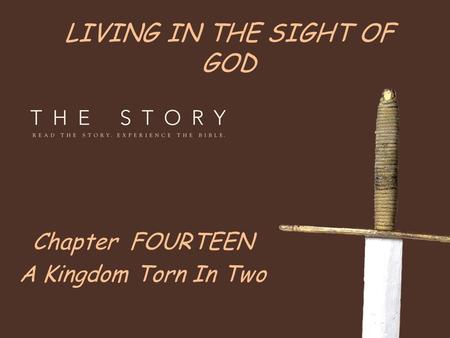 LIVING IN THE SIGHT OF GOD Chapter FOURTEEN A Kingdom Torn In Two. 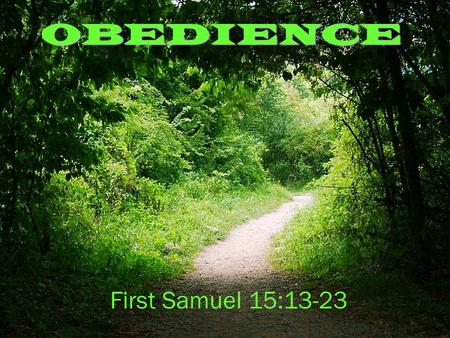 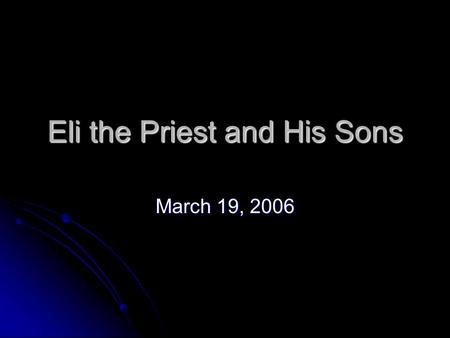 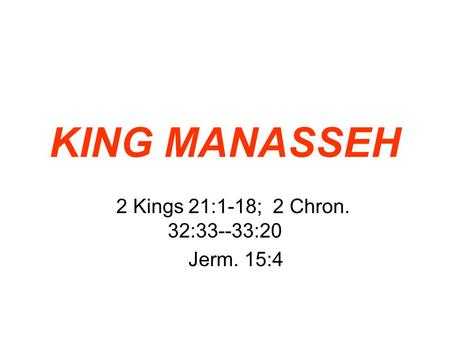 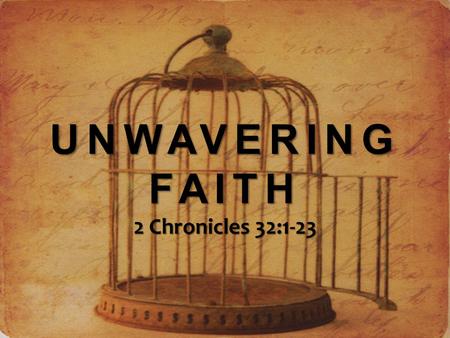 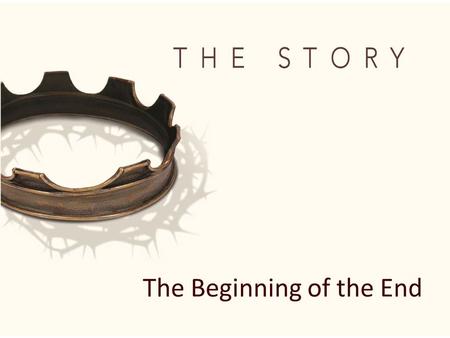 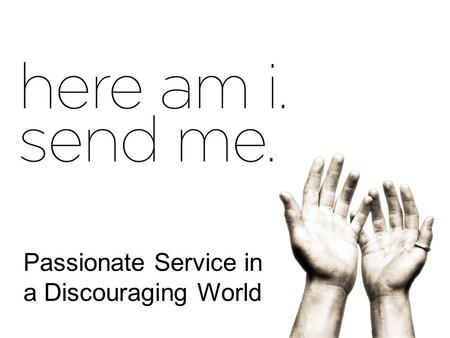 Passionate Service in a Discouraging World. Isaiah began his work in 740 B.C. Prophesied for 40 years During the reign of Uzziah, Jotham, Ahaz and Hezikiah. 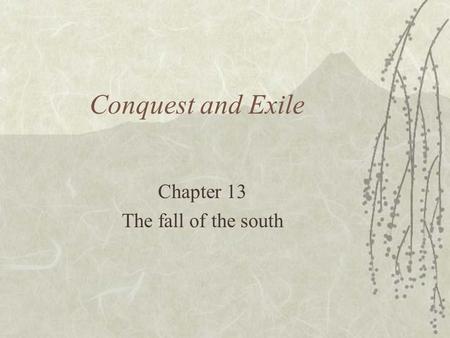 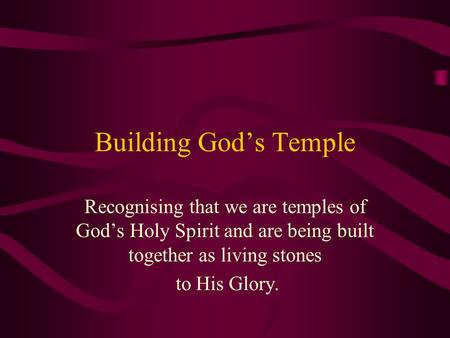 Building God’s Temple Recognising that we are temples of God’s Holy Spirit and are being built together as living stones to His Glory. 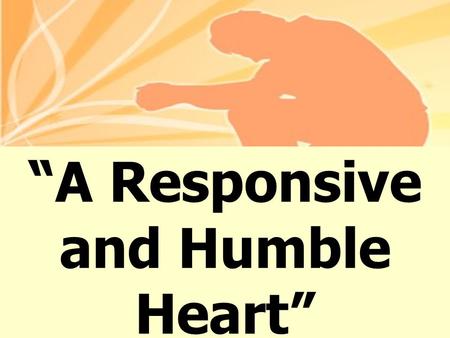 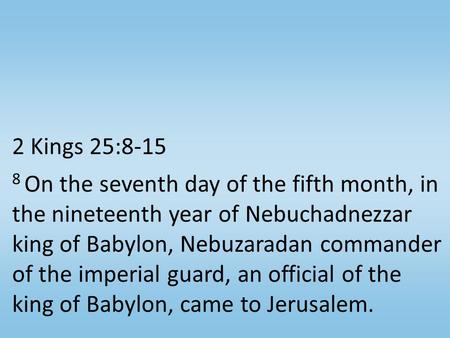 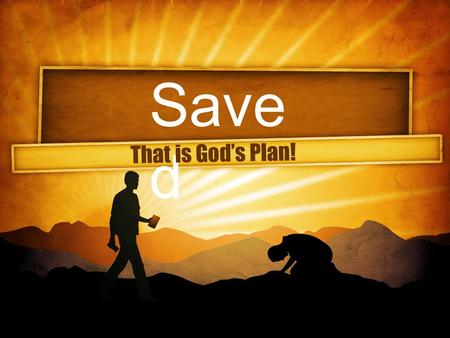 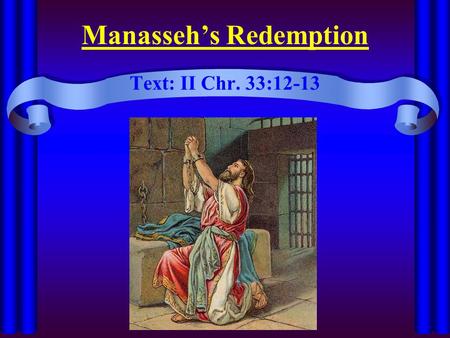 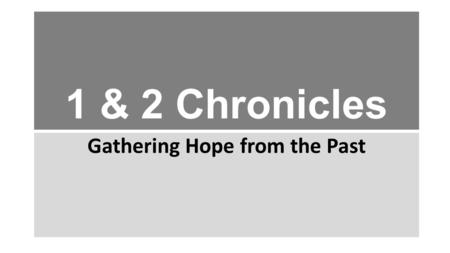 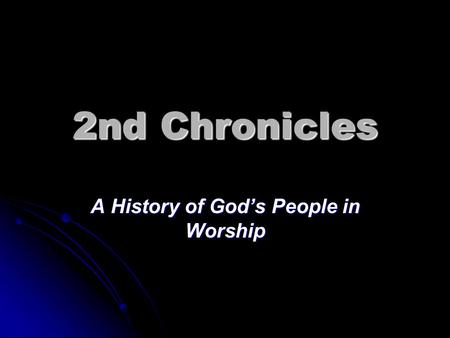 2nd Chronicles A History of God’s People in Worship. 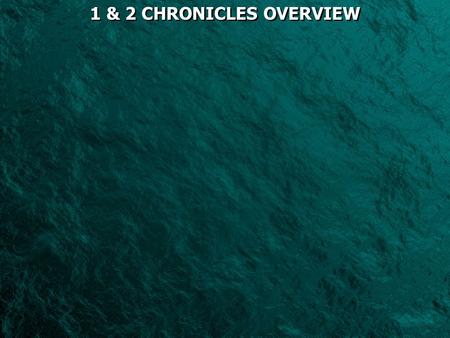 1 & 2 CHRONICLES OVERVIEW. century. The name Chronicles was given to these books by Jerome in the 4 th century. 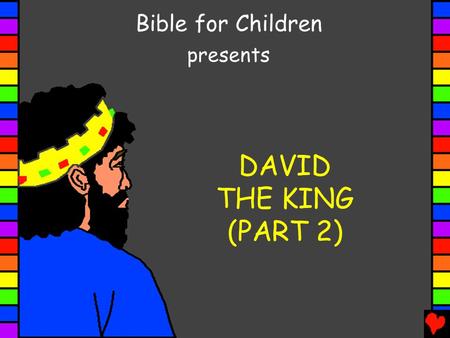