2 Concentration Boundary Layer The Concentration Boundary Layer Features – A consequence of evaporation or sublimation of species A from a liquid or solid surface across which a second fluid species B is flowing. – A region of the flow characterized by species fluxes and concentration gradients. – A region between the surface and free stream whose thickness increases in the flow direction. – Why does increase in the flow direction? – Manifested by a surface species flux and a convection mass transfer coefficient. – What is the heat transfer analog to Fick’s law?

8 Similarity (cont.) Dimensionless form of the species boundary layer equation: How may the Schmidt number be interpreted? Functional dependence for a prescribed geometry:

9 Similarity (cont.) What is the functional dependence of the average Sherwood number? The dimensionless local convection mass transfer coefficient is then

10 Analogies Heat and Mass Transfer Analogy From analogous forms of the dimensionless boundary layer energy and species equations, it follows that, for a prescribed geometry and equivalent boundary conditions, the functional dependencies of Nu and Sh are equivalent. Since the Pr and Sc dependence of Nu and Sh, respectively, is typically of the form Pr n and Sc n, where n is a positive exponent (0.30 ≤ n ≤ 0.40),

12 Evaporative Cooling The term evaporative cooling originates from association of the latent energy created by evaporation at a liquid interface with a reduction in the thermal energy of the liquid. If evaporation occurs in the absence of other energy transfer processes, the thermal energy, and hence the temperature of the liquid, must decrease. If the liquid is to be maintained at a fixed temperature, energy loss due to evaporation must be replenished by other means. Assuming convection heat transfer at the interface to provide the only means of energy inflow to the liquid, an energy balance yields

13 Evaporation Cooling (cont.) Steady-state Cooling Obtained from heat/mass transfer analogy With radiation from the interface and heat addition by other means, 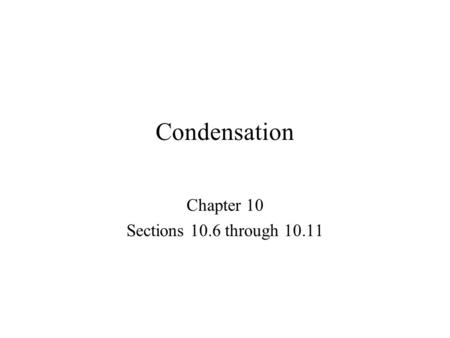 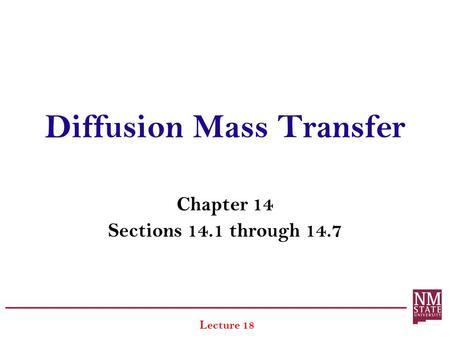 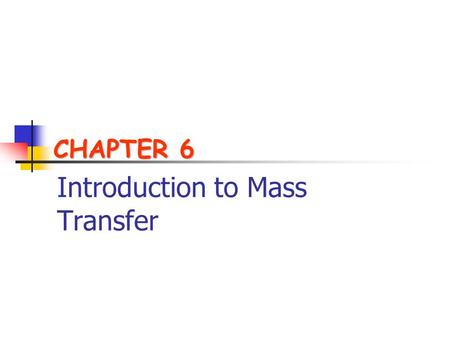 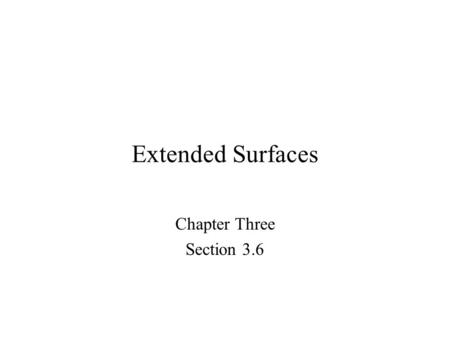 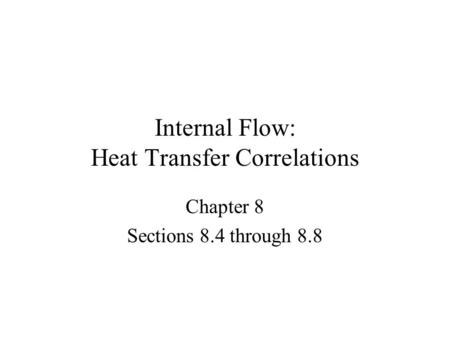 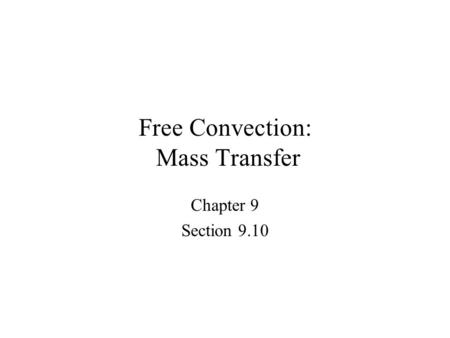 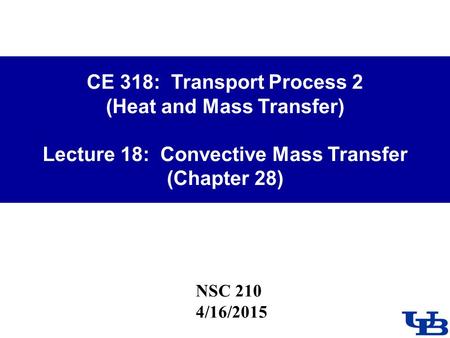 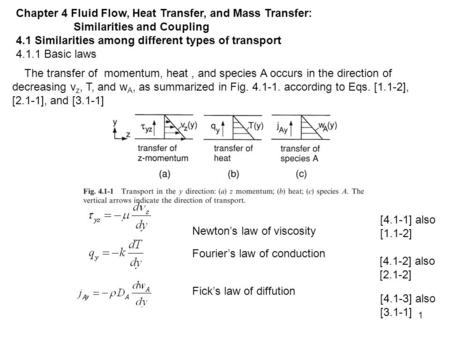 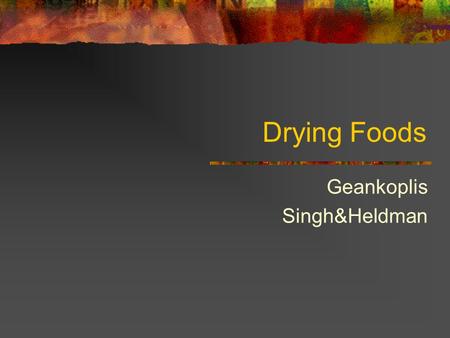 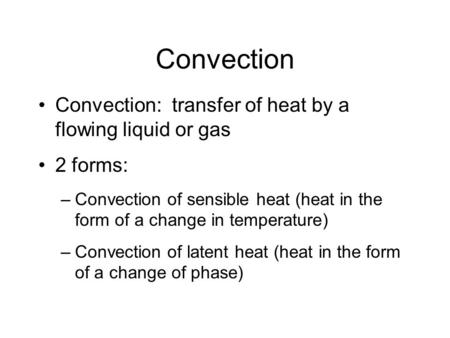 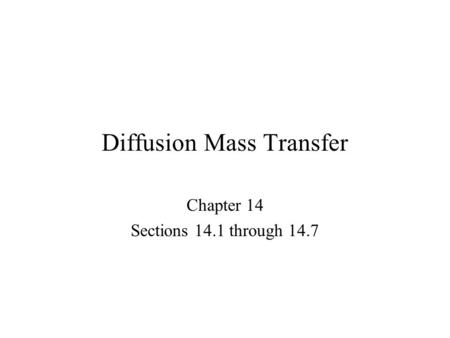 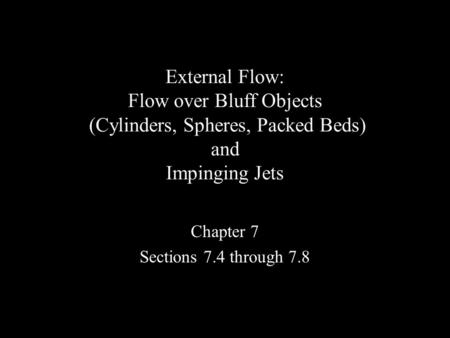 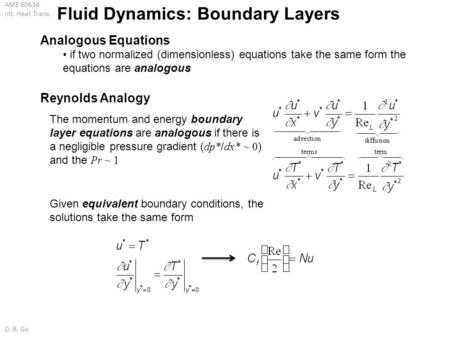 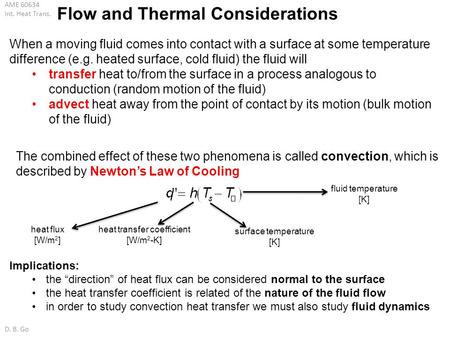 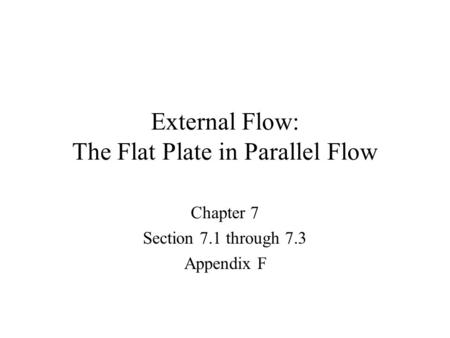 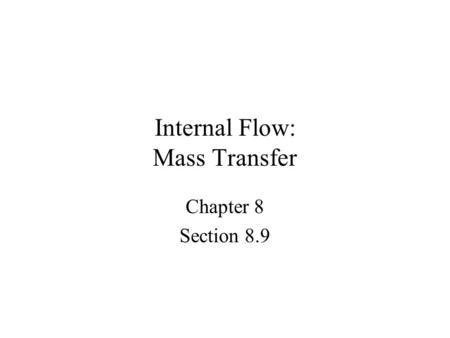