3 Background Walter Elias Disney (also known as Walt Disney) was born on December 5, 1901, in Hermosa, Chicago, Illinois. Walt Disney dropped out of McKinley High School at 16 in 1917, he wanted to be in the army but he was rejected because he was too young. He was sent to France to become an ambulance driver after World War I ended. He began drawing political caricatures and comic strips for a newspaper. His brother, Roy, worked at a bank and got Walt a job at Pesmen-Rubin Art Studio, where he created ads for newspapers, magazines, and movie theatres Walt met his future partner in business, Ubbe Iwerks When their studio time expired, Walt and Ubbe decided to start their own commercial company together

4 Idea Disney and Iwerks formed the Iwerks-Disney Commercial Artists. Disney left temporarily to go work for Kansas City Film Ad Company and Iwerks soon joined him, abandoning Iwerks-Disney Commercial Artists After making commercials based on cutout animation, Disney became interested in becoming an animator and eventually opened his own animation business with cartoons known as Laugh- O-Grams that he made with Fred Harman, his first employee. Their cartoons were screened at a local theatre owned by Frank Newman and became widely popular in the Kansas City Area. Disney started his own studio, Laugh-O-Grams The company went into debt because there wasn’t enough money to pay the employees. Disney’s studio became bankrupt which was when he decided to create a studio in Hollywood, California which was the movie industry’s capital.

5 Initial Plans and Financing After they arrived in Hollywood, Walt and his brother Roy put their money together to create a cartoon studio. Iwerks also moved to California and together, they started the Disney Brothers’ Studio They began distributing cartoons which were popular at the time but when the series ended, it lost popularity and Walt’s company ended up losing money. They invested money in Oswald the Lucky Rabbit which was created by Iwerks. The rights to Oswald were stolen and the Disney Brothers immediately created a new character known as Mickey Mouse. After Disney created two cartoon series, he planned to make a full length animated film. The films became unpopular and Disney created Dumbo to bring more income to the company. After World War II, Walt created many more animated films that were very popular and made his company flourish. On July 17, 1955 the $17 million Disneyland in California had its grand opening.

6 Company organization Walt Disney is an international company They have businesses all over the world The Walt Disney Company has 180,000 employees as of 2014 The company was founded in 1923 and has been in business ever since

7 Personal Disney and a group of animators was sent to South America during World War II by the U.S. State Department in 1941. They were asked to create an educational film on the Amazon Basin. Disney began creating insignia for the soldiers because he felt that he owed it to them. They created humour and boosted the soldiers’ morale. The 1200 unique insignia that he created with his own insignia unit, were all free-of-charge. By creating Disneyland, Walt Disney gives back to the community by giving joy Disney was a family oriented man. Walt Disney had a temper that would blow over but at his home, he was affectionate and loving to his family and friends and would always be there for them. Disney never gave up when his company was in trouble. He continued to brainstorm ideas so that his company would be successful. He was optimistic and was open to criticism which helped make his products even better. Disney was persistent and wanted to accomplish the impossible

8 What are they known for? Walt Disney is known for creating Mickey and the supporting characters which he animated into shorts He is also known for Disneyland and the producer of many movies Disney is also known for being the founding member of the anti-communist group Motion Picture Alliance for the Preservation of American Ideals

9 Future prospects We think the Walt Disney Company will continue to thrive in the future because Disneyland is the happiest place on Earth. The company continues to make shows and movies which also has educational messages. As long as there are children, we think the company will be alive because children love everything that Disney creates and provides.

10 Fun Facts Walt Disney won 7 Emmy Awards, 22 Academy Awards and was nominated 59 times. He died of lung cancer in 1966 Disney is not cryonically frozen He was the original voice of Mickey Mouse One of Walt Disney’s hobbies was building trains Mickey Mouse’s name was originally Mortimer Mouse but Walt’s wife convinced him to change the name because it sounded “pompous” 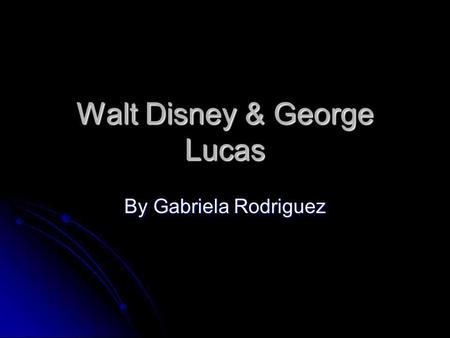 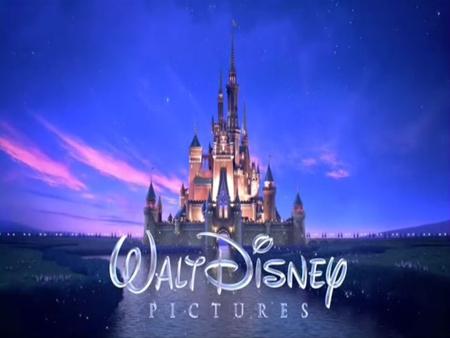 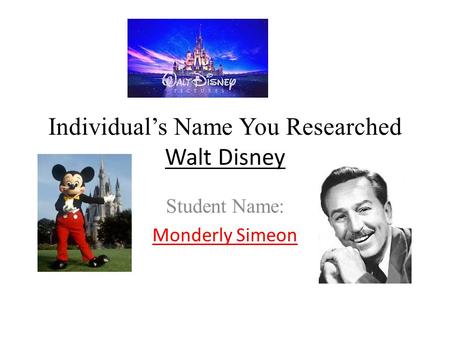 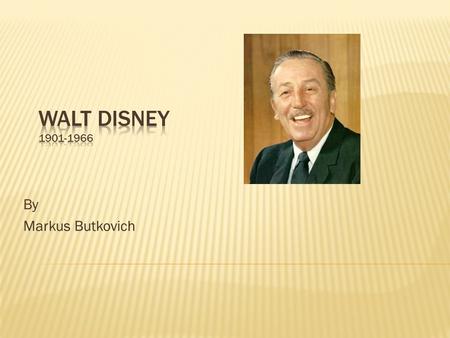 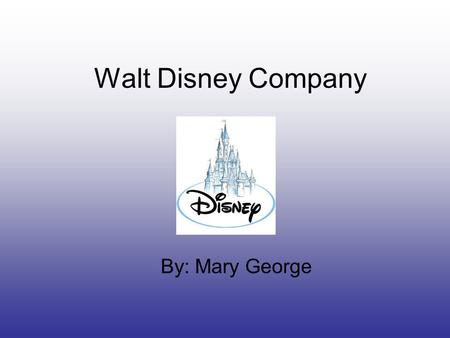 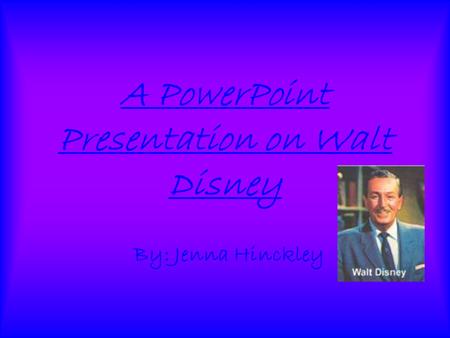 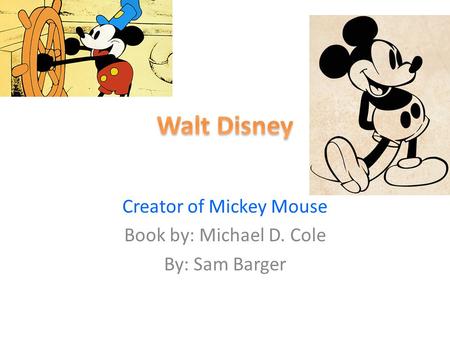 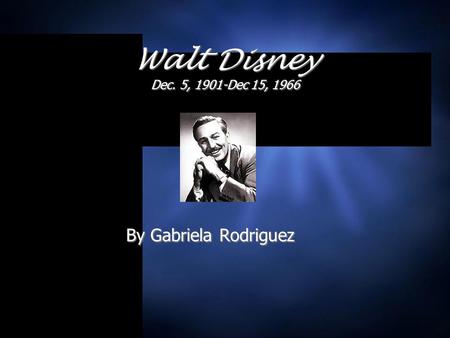 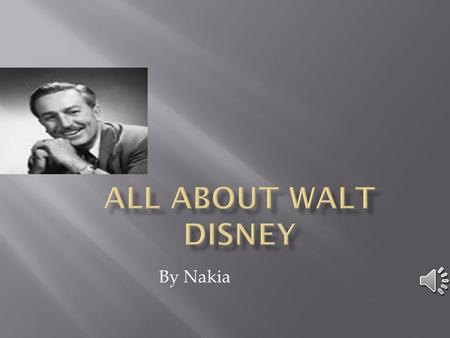