Presentation on theme: "The Milky Way Galaxy. The Milky Way We see a band of faint light running around the entire sky. Galileo discovered it was composed of many stars. With."— Presentation transcript:

2 The Milky Way We see a band of faint light running around the entire sky. Galileo discovered it was composed of many stars. With unaided eye you can see light and dark patches.

5 Measuring the Milky Way The upper plot is an RR Lyrae star. All such stars have essentially the same luminosity curve, with periods from 0.5 to 1 day. The lower plot is a Cepheid variable; Cepheid periods range from about 1 to 100 days. RR Lyrae

6 Measuring the Milky Way Variable stars are typically giants near the end of their lives. They are variable because of unstable hydrostatic eq. Can be seen at great distances Located along instability strip on H-R Dia.

10 Measuring the Milky Way We have now expanded our cosmic distance ladder one more step:

11 Galactic Structure This artist’s conception shows the various parts of our Galaxy, and the position of our Sun:

12 Our Parent Galaxy From Earth, see few stars when looking out of galaxy (red arrows), many when looking in (blue arrows). Milky Way is how our Galaxy appears in the night sky (b).

14 Galactic Structure The Galactic halo and globular clusters formed very early; the halo is essentially spherical. All the stars in the halo are very old, and there is no gas and dust. The Galactic disk is where the youngest stars are, as well as star formation regions – emission nebulae, large clouds of gas and dust. Surrounding the Galactic center is the Galactic bulge, which contains a mix of older and younger stars.

15 Galactic Structure This infrared view of our Galaxy shows much more detail of the Galactic center than the visible-light view does, as infrared is not as much absorbed by gas and dust.

16 Galactic Structure Stellar orbits in the disk are in a plane and in the same direction; orbits in the halo and bulge are much more random.

18 Galactic Spiral Arms Measurement of the position and motion of gas clouds shows that the Milky Way has a spiral form:

19 Galactic Spiral Arms The spiral arms cannot rotate along with the Galaxy; they would “curl up”:

20 Galactic Spiral Arms Instead, they appear to be density waves, with stars moving in and out of them much as cars move in and out of a traffic jam:

22 As clouds of gas and dust move through the spiral arms, the increased density triggers star formation. This may contribute to propagation of the arms. The origin of the spiral arms is not yet understood.

23 The Mass of the Milky Way Galaxy The orbital speed of an object depends only on the amount of mass between it and the Galactic center:

24 The Mass of the Milky Way Galaxy Once all the Galaxy is within an orbit, the velocity should diminish with distance, as the dashed curve shows. It doesn’t; more than twice the mass of the Galaxy would have to be outside the visible part to reproduce the observed curve.

25 The Mass of the Milky Way Galaxy What could this “dark matter” be? It is dark at all wavelengths, not just the visible. Stellar-mass black holes? Probably no way enough could have been created Brown dwarfs, faint white dwarfs, and red dwarfs? Currently the best star-like option Weird subatomic particles? Could be, although no evidence so far

26 The Mass of the Milky Way Galaxy A Hubble search for red dwarfs turned up very few; any that existed should have been detected:

27 The Mass of the Milky Way Galaxy The bending of spacetime can allow a large mass to act as a gravitational lens: Observation of such events suggests that low- mass white dwarfs could account for about half of the mass needed. The rest is still a mystery.

28 The Galactic Center The Galactic center. The two arrows in the inset indicate the location of the center; it is entirely obscured by dust.

29 The Galactic Center These images, in infrared, radio, and X-ray, offer a different view of the Galactic center.

30 The Galactic Center The Galactic center appears to have a stellar density a million times higher than near Earth; a ring of molecular gas 400 pc across; strong magnetic fields; a rotating ring or disk of matter a few parsecs across; and a strong X-ray source at the center

31 The Galactic Center Apparently, there is an enormous black hole at the center of the Galaxy, which is the source of these phenomena. An accretion disk surrounding the black hole emits enormous amounts of radiation.

32 The Galactic Center These objects are very close to the Galactic center. The orbit on the right is the best fit; it assumes a central black hole of 3.7 million solar masses.

33 Summary Galaxy is stellar and interstellar matter bound by its own gravity Our Galaxy is spiral Variable stars can be used for distance measurement, through period–luminosity relationship True extent of our Galaxy can be mapped out using globular clusters Star formation occurs in disk, but not in halo or bulge

Download ppt "The Milky Way Galaxy. The Milky Way We see a band of faint light running around the entire sky. Galileo discovered it was composed of many stars. With." 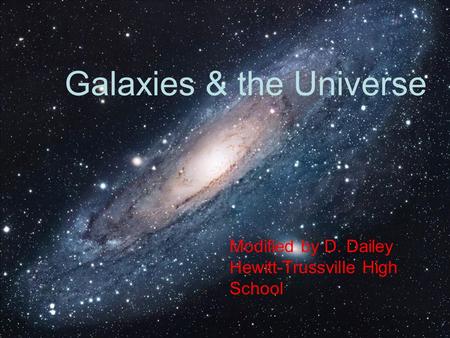 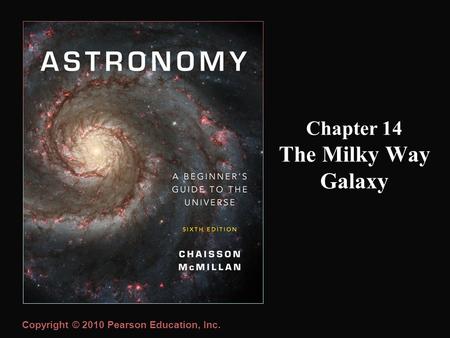 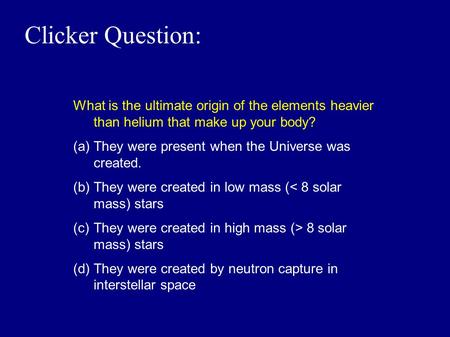 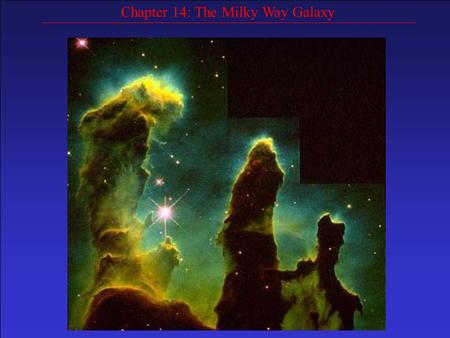 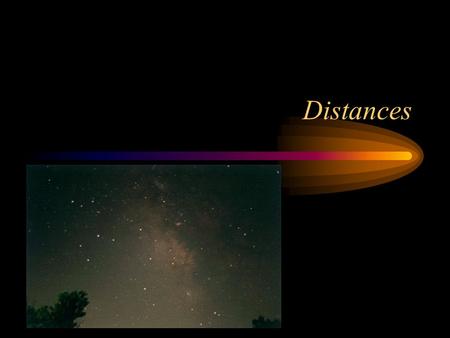 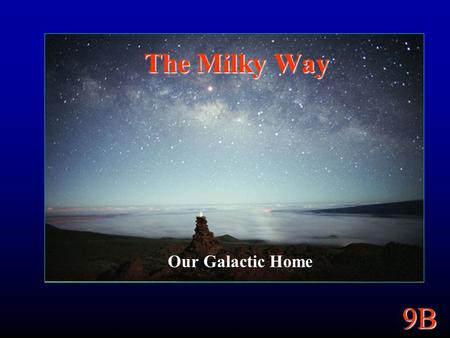 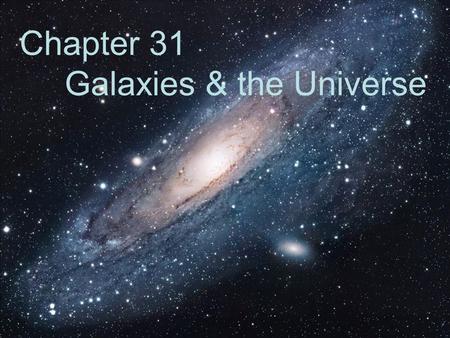 Chapter 31 Galaxies & the Universe Review & Recap It does this by precisely measuring the speed of gas and stars around a black hole. This provides clues. 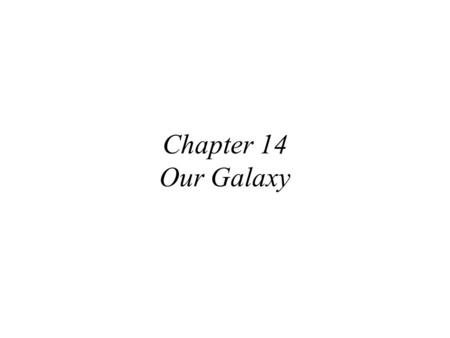 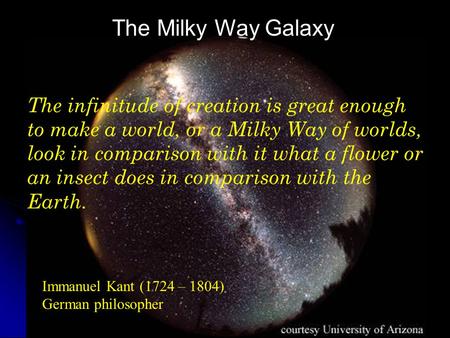 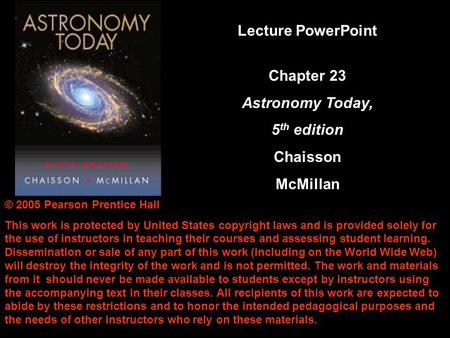