4 An organic compound is one that has carbon as the principal element.
An inorganic element is any compound that does not contain carbon.

5 Carbon is unique It has 6 electrons and has 4 valence electrons in its outer shell. It has room for 4 bonds to 4 other atoms. If there are four atoms or groups around a carbon atom, it has a tetrahedral geometry.

7 Where does most of our carbon containing products come from?

8 Boardworks GCSE Science: Chemistry Making Oil Useful
What is crude oil? Crude oil is a fossil fuel and one of the most important substances in the world. It is a mixture of hundreds of different compounds. Crude oil is used to make fuels for transport, heating and generating electricity. It is also used to make plastics and hundreds of different types of chemicals. Teacher notes Data source: OPEC ( Photo credit: BP plc Every day, the world uses over 70 million barrels of oil. If you filled bath tubs with this amount of oil and put them end-to-end, they would stretch round the Earth 7.5 times!

9 Boardworks GCSE Science: Chemistry Making Oil Useful
How was crude oil made? Crude oil is thought to have been made from the remains of marine plants and animals that died millions of years ago. These remains sank to the bottom of the sea, where they were buried in layers of sand and mud, preventing them from rotting. These layers gradually became sedimentary rock. Over millions of years the layers of rock built up, increasing the heat and pressure. This caused the remains to be broken down into the molecules that form crude oil and natural gas.

11 Finding crude oil at sea
Boardworks GCSE Science: Chemistry Making Oil Useful Finding crude oil at sea Oil rigs or drilling platforms are used to drill through the sea bed to obtain the oil. Once the oil has been removed from the sea bed, it is pumped in long pipelines to an oil tanker terminal or an oil refinery on land. Photo credit: BP plc The Columbus drilling rig in the West Gulf of Mexico.

12 How can crude oil be made useful?
Boardworks GCSE Science: Chemistry Making Oil Useful How can crude oil be made useful? Crude oil itself has no uses – it must first be processed or refined. This is done in an oil refinery. The first step is to separate compounds in the oil into groups called fractions. Photo credit: BP plc The Singapore Refinery, formerly owned by BP. Each fraction contains a mix of compounds with a similar number of carbon atoms.

13 Fractional distillation of crude oil
Boardworks GCSE Science: Chemistry Making Oil Useful Crude oil is separated into fractions by fractional distillation. 1. Oil is heated to about 450 °C and pumped into the bottom of a tall tower called a fractionating column, where it vaporizes. 2. The column is very hot at the bottom but much cooler at the top. As the vaporized oil rises, it cools and condenses. 3. Heavy fractions (containing large molecules) have a high boiling point and condense near the bottom of the column. 4. Lighter fractions (containing small molecules) have a lower boiling point and condense further up the column.

16 This is the sequence of events in distillation:
heating → evaporating → cooling → condensing

20 When will crude oil run out?
Boardworks GCSE Science: Chemistry Making Oil Useful When will crude oil run out? It is difficult to say when crude oil will run out because no-one knows exactly how much oil there is left in the world. There are over 1 trillion (1 million million) barrels of crude oil in proven oil reserves At current rates, this will last about 44 years, but the amount of oil used in the world increases each year. Teacher notes As of the end of 2004, there were 1,144,013 million barrels in proven oil reserves, and 71 million barrels were used every day (data from OPEC, Photo credit: Dain Hubley Some scientists believe there is a lot more oil still to find, but others think that most oil has already been discovered.

21 Problems with crude oil
Boardworks GCSE Science: Chemistry Making Oil Useful Problems with crude oil Crude oil is extremely useful but it has several drawbacks: Burning the products of crude oil as fuel produces gases and particles that contribute to global warming and air pollution. Removing oil from the ground, as well as oil spillages and slicks, can be very damaging to wildlife and the environment. Photo credit: Jesper Markward Olsen The high value of oil means it is sometimes the cause of military conflict, especially because a large amount of oil comes from countries that are politically unstable.

22 Hydrocarbon Classification
A hydrocarbon is a compound consisting of only hydrogen and carbon. 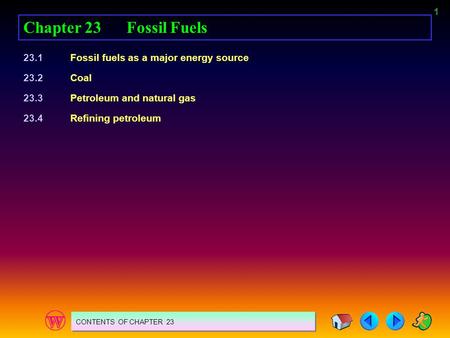 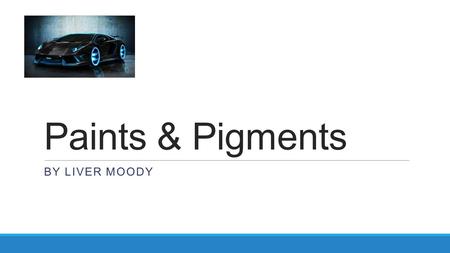