3 Get up to speed Why the change? New features The new file format also gives you the ability to use features that are only available in Word 2007. One example is the new SmartArt ™ graphics feature. The illustration shows you how to start such a graphic in Word. Notice how many SmartArt graphic designs are available to choose from.

4 Get up to speed How do I know I’m using the new format? When you create a new document in Word 2007, and then save the document, the new file format will automatically be chosen for you. You can make sure of this by looking closely at the Save As dialog box. Notice that the Save as type box says Word Document. This means the new file format is being used.

8 Get up to speed Converting your old files Can you convert an older document to the new file format? Naturally. With the document open in Word 2007, you just click the Microsoft Office Button, and then click the Convert command on the menu. This conversion offers the benefits of the new format (helps create smaller, more secure files, and so on) and also the new features with their full, undiminished capabilities.

9 Get up to speed Share documents using a converter If you’ll be sharing documents, there are conversion methods you’ll want to know about. Here’s a common scenario that involves a converter. Start by supposing that you’re using the new file format, either by creating and saving new documents or by upgrading older documents by using the Convert command on the menu that opens from the Microsoft Office Button.

10 Get up to speed Share documents using a converter If you’ll be sharing documents, there are conversion methods you’ll want to know about. Here’s a common scenario that involves a converter. Your friend John has an older version of Word that came with Office 2000. You want to use e-mail to send him your latest document. Will he be able to open it? Yes. When John clicks the document, the message shown here will ask if he wants to download a converter that will let him open your document.

11 Get up to speed Share documents using a converter If you’ll be sharing documents, there are conversion methods you’ll want to know about. Here’s a common scenario that involves a converter. The document John opens won’t look exactly the same as the one you made, because there are many features in your new version of Word that don’t exist in his version. Still, he can open it, and will be able to work with it and send it back to you.

12 Get up to speed Share documents by saving with an older format Concerned that John doesn’t have his installation of Office 2000 fully updated? Save your document with an older file format before sending it to him. Click the Microsoft Office Button, and on the menu, point to the arrow at the end of the Save As command. Click Word 97-2003 format in the list of options. Here’s how:

13 Get up to speed Share documents by saving with an older format You may get a warning that saving in the older file format will cause certain features to be lost or modified. For example, if your document contains a new diagram, Word will notify you that the diagram will be combined into a single, uneditable object. That way John can at least see the diagram. But John won’t be able to edit it, because his version of Word doesn’t understand how to work with this new feature. 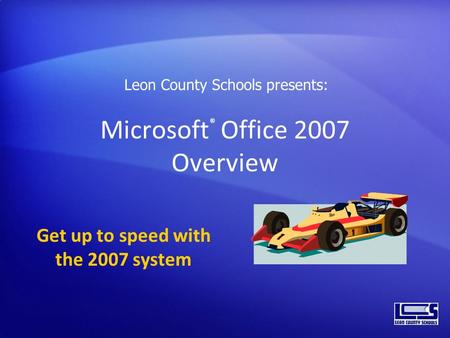 Microsoft ® Office 2007 Overview Get up to speed with the 2007 system Leon County Schools presents: 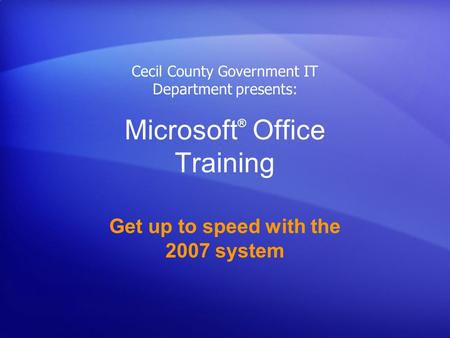 Microsoft ® Office Training Get up to speed with the 2007 system Cecil County Government IT Department presents: 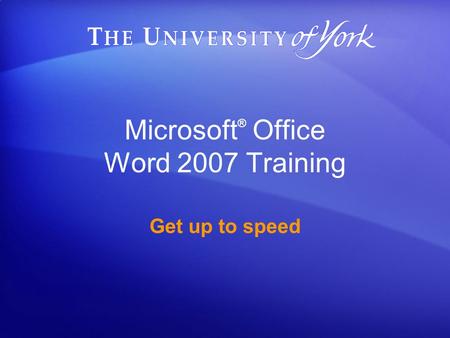 Microsoft ® Office Word 2007 Training Get up to speed. 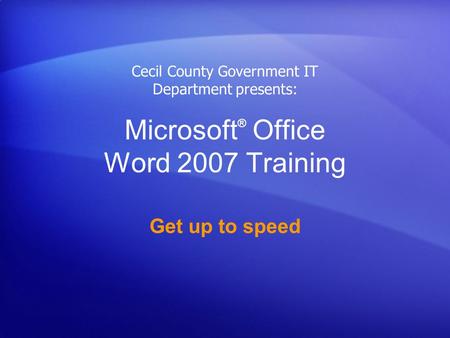 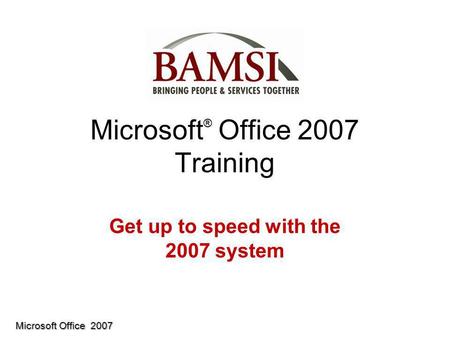 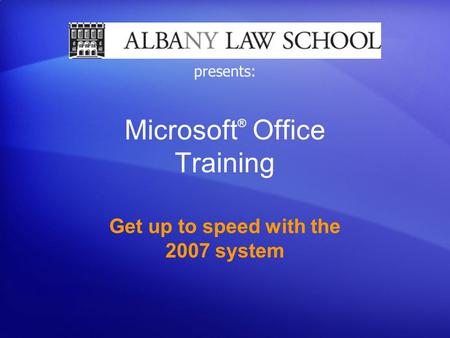 Microsoft ® Office Training Get up to speed with the 2007 system presents: 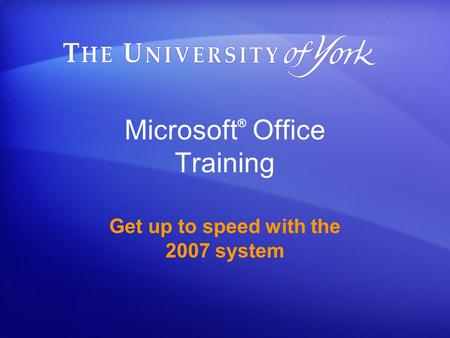 Microsoft ® Office Training Get up to speed with the 2007 system. 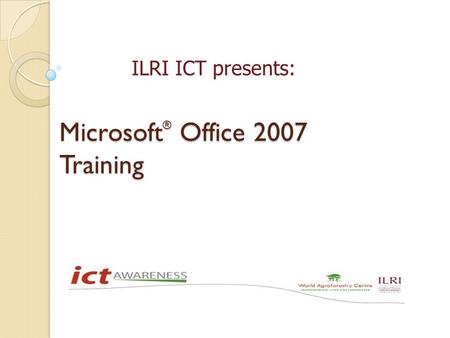 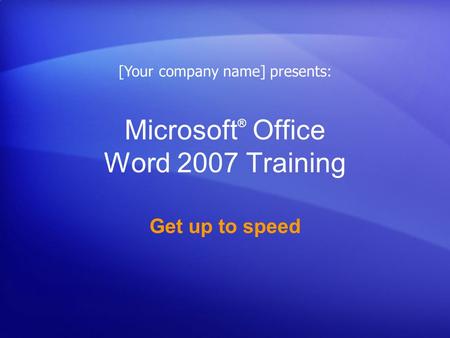 Microsoft ® Office Word 2007 Training Get up to speed [Your company name] presents: 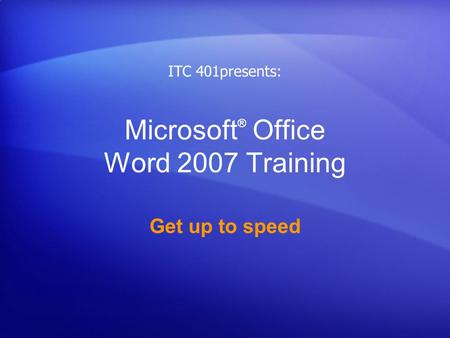 Microsoft ® Office Word 2007 Training Get up to speed ITC 401presents: 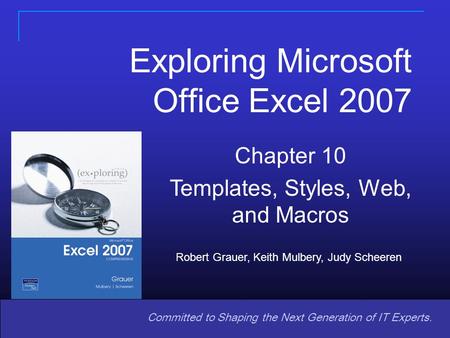 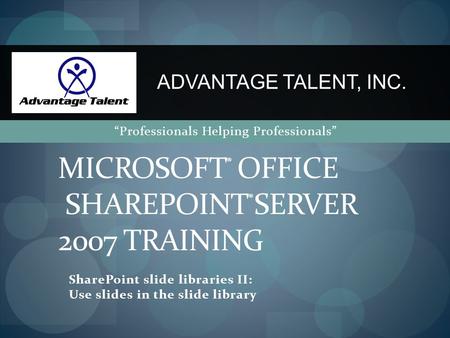 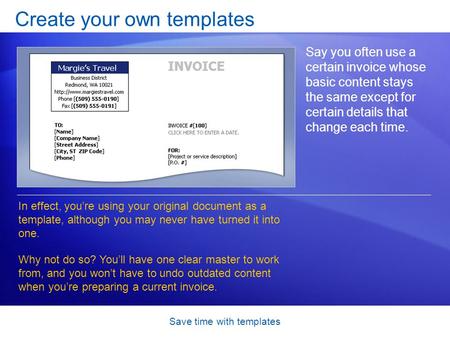 Save time with templates Create your own templates Say you often use a certain invoice whose basic content stays the same except for certain details that. 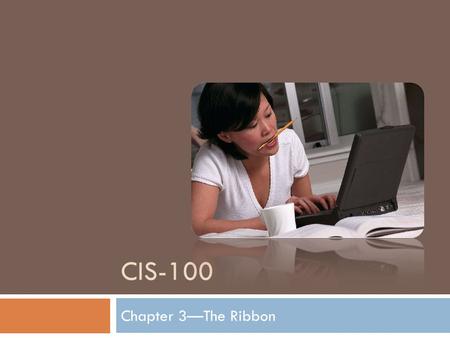 CIS-100 Chapter 3—The Ribbon. The Ribbon When you first open Word 2007, you may be surprised by its new look. Most of the changes are in the Ribbon, the. 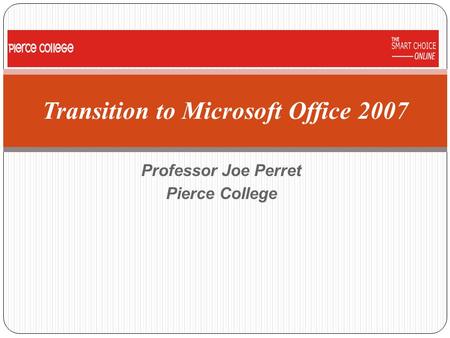 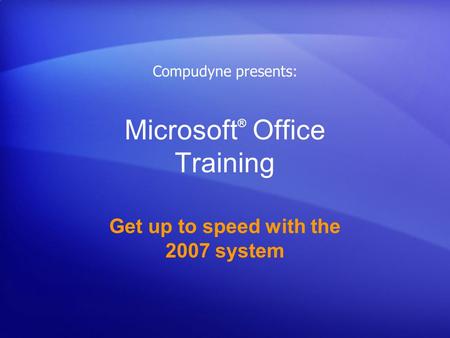 Microsoft ® Office Training Get up to speed with the 2007 system Compudyne presents: 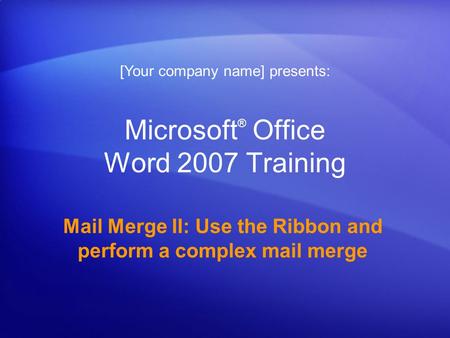 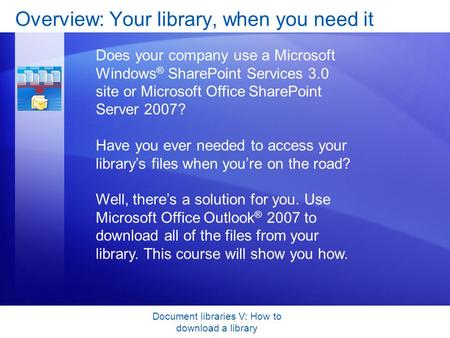 Document libraries V: How to download a library Overview: Your library, when you need it Does your company use a Microsoft Windows ® SharePoint Services. 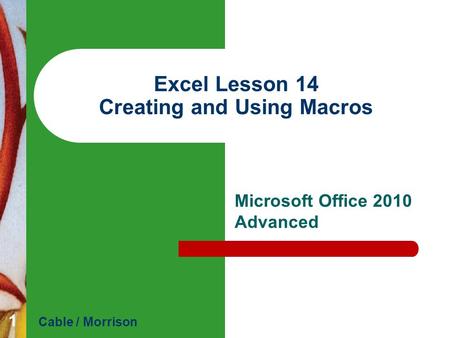 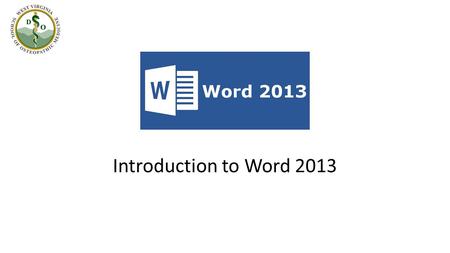 Introduction to Word 2013 What new features does Word 2013 offer? Introducing the “Landing Page”. Pinning/Unpinning recently used documents within the.