2 Definition Pronouns are one of the eight parts of speech.
Pronouns are words that take the place of a noun. There are many types of pronouns: personal possessive compound personal intensive reflexive demonstrative relative indefinite interrogative distributive

4 Personal pronoun qualities -Person
Pronouns can be described by the person they exhibit. First person pronouns are the speaker in the sentence. Second person pronouns refer to the person who is spoken to. Third person pronouns refer to someone or something that is spoken about. The quality of “person” affects one’s writing. Writers must keep consistent the person in a composition. First person narratives, for example, need to consistently use pronouns such as I, we, me, my, mine, our, and ours. The pronoun “you” should never be used in an essay since an essay never talks to anyone. “You” can be used in letters or texts since they are written to someone.

5 Personal pronoun qualities -Person
The first person pronouns are: I we me our my mine ours

6 Personal pronoun qualities -Person
The second person pronouns are: you your yours

7 Personal pronoun qualities -Person
The third person pronouns are: he she It they him her them his hers its their theirs

8 Personal pronoun qualities –number
Pronouns have two numbers – singular and plural. Singular pronouns take the place of a singular noun. Remember, singular means “one.” The singular pronouns are: I, you, he, she, it, me, him, her, my, mine, your, yours, his, her, hers, its Plural pronouns take the place of a plural noun. Remember, plural means “more than one.” we, you, they, us, them, our, ours, your, yours, their, theirs The second person pronouns – you, your, and yours – can be either singular or plural depending on what nouns or nouns they replace.

15 Test yourself - case Identify the case of the following personal pronouns. 1. me objective 2. they nominative 3. ours possessive 4. you nominative or objective 5. him

16 Antecedents An antecedent is the noun that the pronoun replaces.
Look at the following sentence: Mary said that Mary was interested in entering Mary’s poem in the contest. What a horrible sentence! It is very repetitive. This can be corrected by using pronouns to replace the antecedent Mary. Mary said that she was interested in entering her poem in the contest. “She” and “her” can replace the antecedent Mary to make a much better sentence!

17 Test Yourself-antecedents
In each of the following sentences, identify the personal pronoun and its antecedent. Bob said that he would watch the game. he - Bob 2. Mary and the girls gave their best effort. their - Mary, girls 3. The student said that the book was hers. hers - student 4. On his web site, Mark posted several pictures. his - Mark 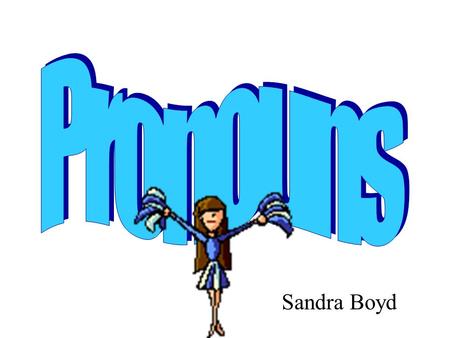 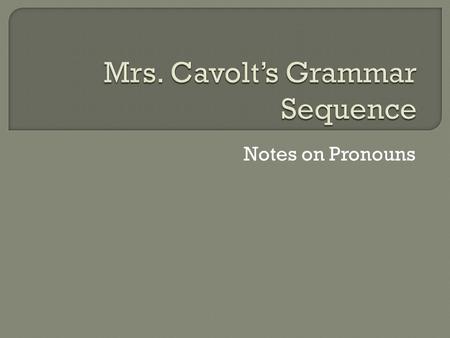 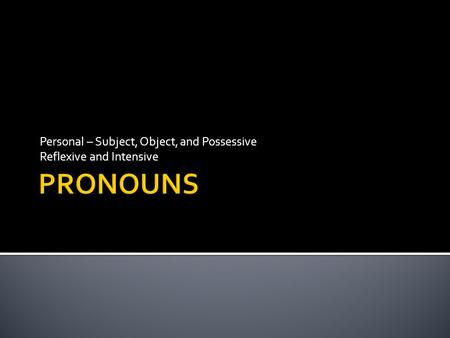 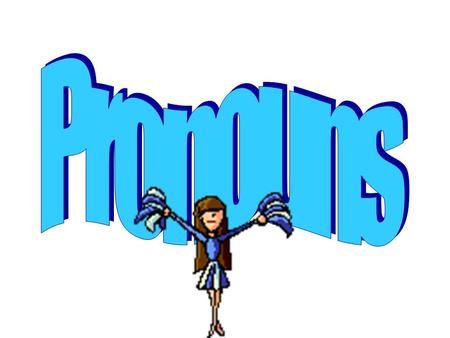 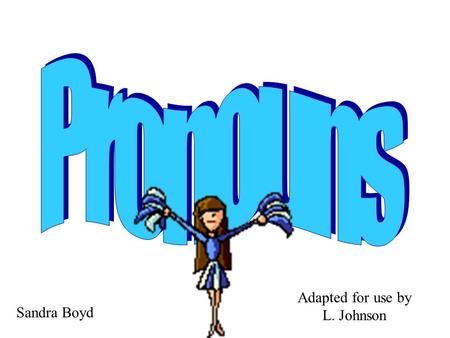 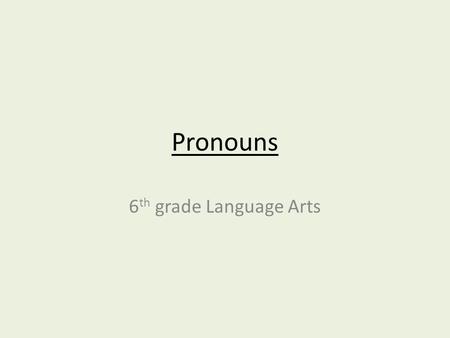 Pronouns 6 th grade Language Arts. Pronouns Takes the place of a noun Replace a noun with a pronoun to avoid using the same nouns over and over and over. 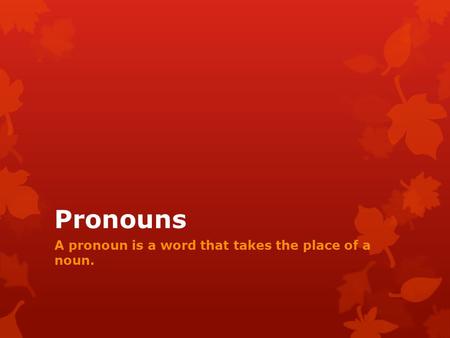 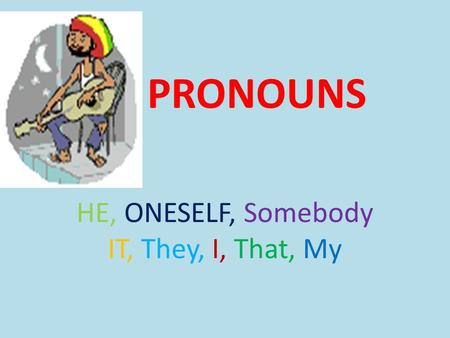 PRONOUNS HE, ONESELF, Somebody IT, They, I, That, My. 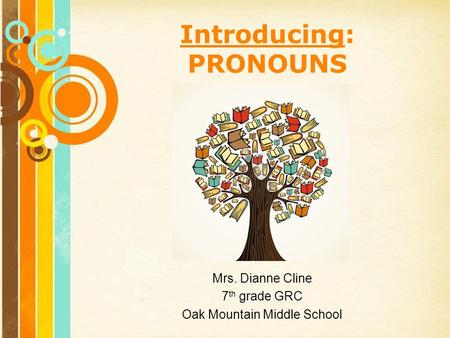