Presentation on theme: "Pronouns Takes the place of a noun, and makes the sentence less repetitive or cumbersome."— Presentation transcript:

1 Pronouns Takes the place of a noun, and makes the sentence less repetitive or cumbersome.

2 Subjective Pronoun Case
A subjective pronoun acts as the subject of a sentence—it performs the action of the verb. he I it she they we you

5 Personal Pronouns First/Second/Third Person
Singular Plural First Person I, me, my, mine, myself we, us, our, ours, ourselves Second Person you, your, yours, yourself Third Person he, him, his, himself she, her, hers, herself it, itself they, them, their, theirs, themselves

6 Reflexive Ends with –self or -selves
Used when the subject and the object of the sentence are the same. They clarify the meaning of the sentence Cannot be removed from the sentence myself, yourself, himself, herself, itself ourselves, yourselves, themselves

7 Intensive Ends in –self or –selves
Is used to add emphasis in the sentence Can be removed from the sentence myself, yourself, himself, herself, itself ourselves, yourselves, themselves

8 Numbers Shift in Pronouns
Make sure that the pronouns you are using in agreeing with the number of persons, places, or things you are referring. Check to make sure whether the pronoun is singular or plural.

12 Antecedent The word, phrase, or clause that determines what a pronoun refers to. Example: The teacher asked the children where they were going. Antecedent Pronoun

Download ppt "Pronouns Takes the place of a noun, and makes the sentence less repetitive or cumbersome." 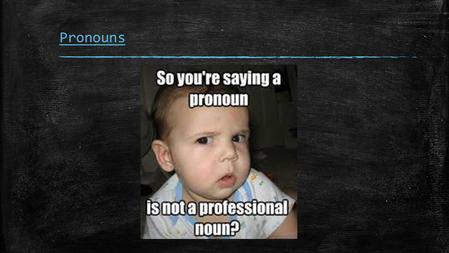 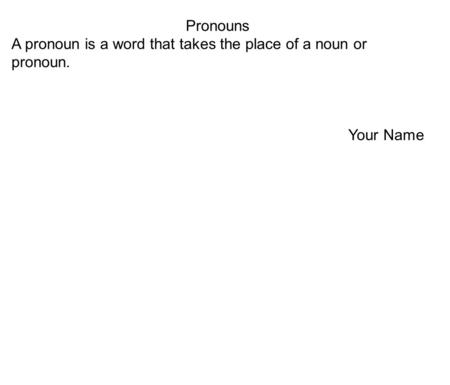 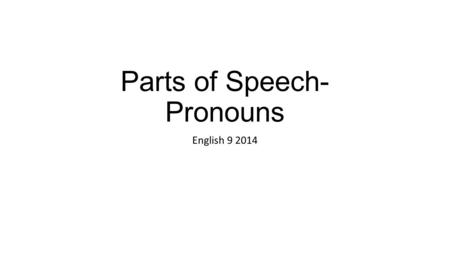 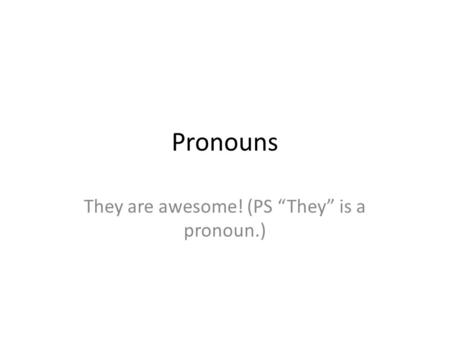 Pronouns They are awesome! (PS “They” is a pronoun.) 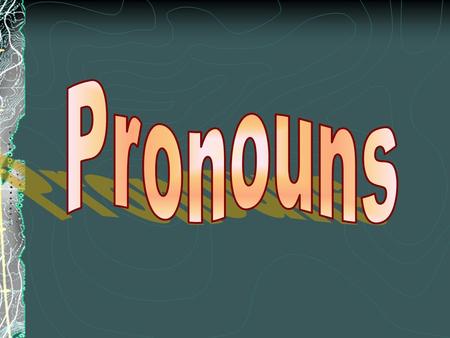 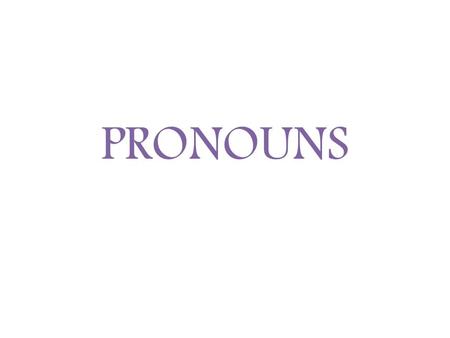 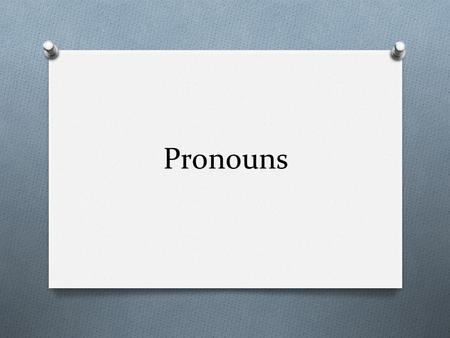