1 Problems Caused By Agriculture In MEDC’s

2 The Common Agricultural Policy The Common Agricultural Policy, whilst guaranteeing to farmers that there would be someone to buy their produce also produced some serious environmental problems. Farmers knew they could produce as much as they possibly could and it would definitely be bought so they tried to use every inch of their land, and often changed from pastoral farming to arable farming. This caused serious environmental problems.

3 Hedgerow Removal Between the end of the war in 1945 and 1995 over 60% of hedgerows in England and Wales were removed. Hedgerows are important wildlife habitats but they limit the amount of land a farmer can use, and many wanted to merge small pastoral fields into huge arable fields due to the increased money they could make from that form of farming. The loss of hedgerows also increased the chance of soil erosion occurring as they sheltered the land from wind, helping the soil to bind together.

4 Pollution The increased use of pesticides and fertilisers has led to air and water pollution. Chemicals used on the fields, are easily washed into rivers by rainwater and can seriously affect the fish, birds and plants of the river. They can also leach through the ground and into rivers. Fertilisers in water can cause rapid algae growth. This then can lead to the water being starved of oxygen so there is not enough for other plants, and especially fish. This process is called eutrophication.

5 Soil Erosion The removal of hedgerows and the change from pasture to arable farming has led to many cases of increased soil erosion. The hedges protected the soil from wind erosion, and their removal created huge fields across which the wind could race. Arable crops do not bind the soil together as well as grass and so more soil was eroded by rainwater run-off. Also the crops did not cover the ground all year round and when the fields were ploughed they were even more susceptible to rapid erosion, and flooding. 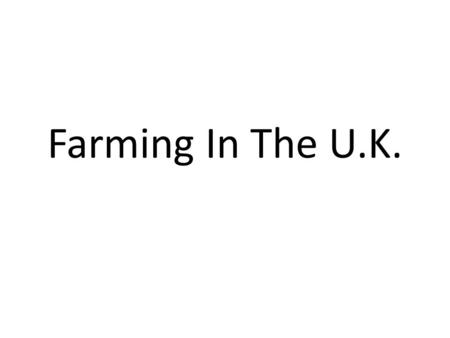 Farming In The U.K.. 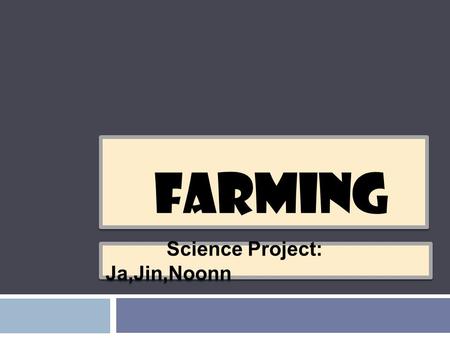 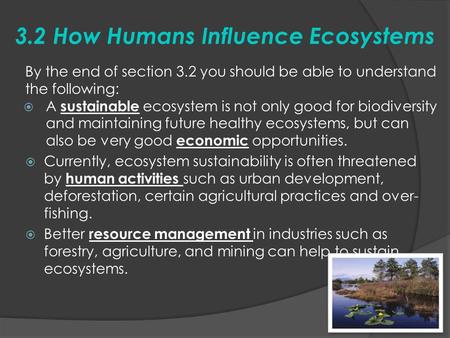 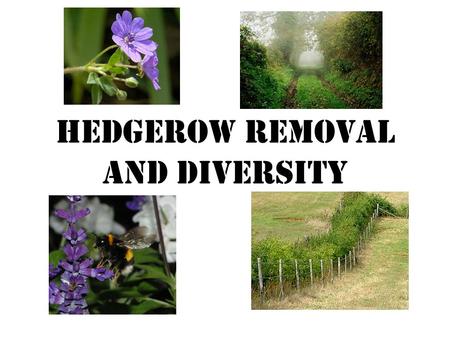 Hedgerow removal and Diversity. The problem In the 1940’s there were kilometres of hedgerow across Britain. The removal of hedgerows was started.

© Boardworks Ltd of 9 This icon indicates that detailed teacher’s notes are available in the Notes Page. To use this presentation click on View, 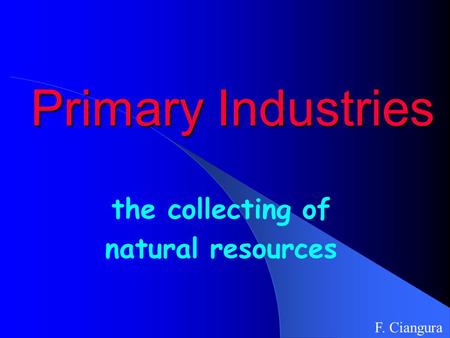 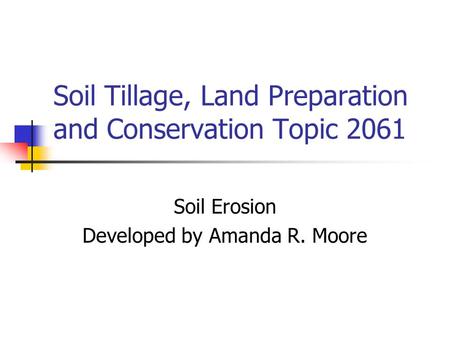 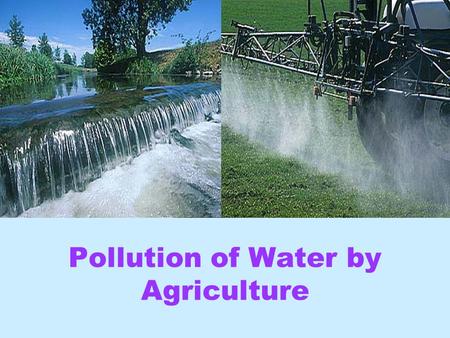 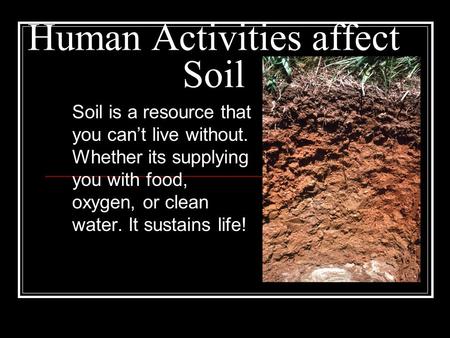 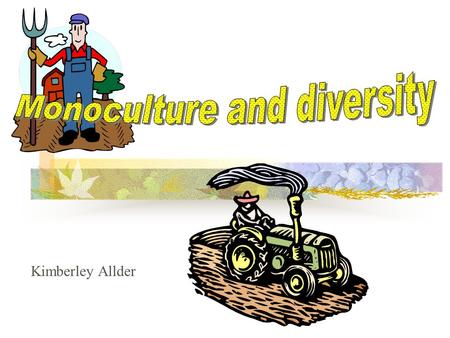 Kimberley Allder. What is a monoculture? There are two distinct definitions of monoculture: Scientific definition - Vegetation composed of a single species. 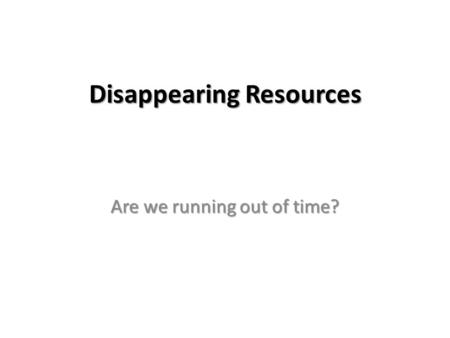 Disappearing Resources Are we running out of time? 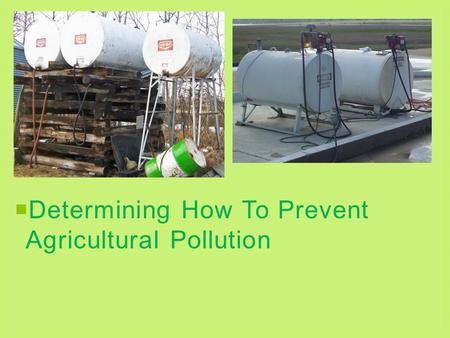 Determining How To Prevent Agricultural Pollution 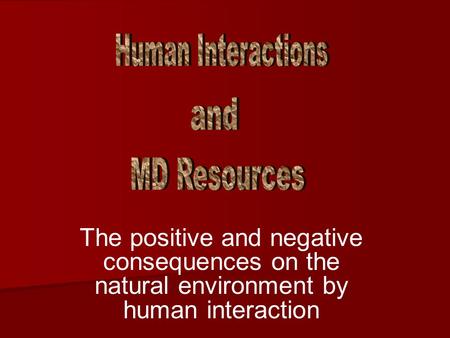 The positive and negative consequences on the natural environment by human interaction. 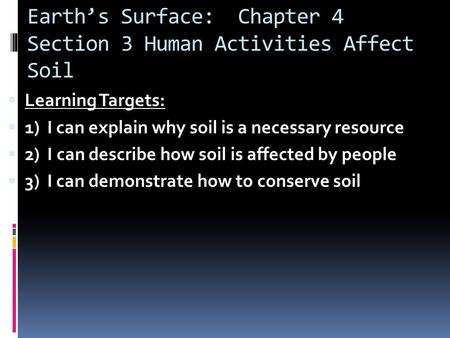 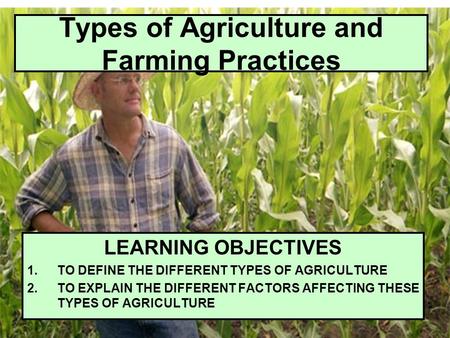 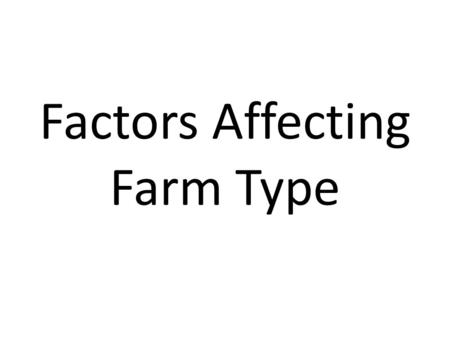 Factors Affecting Farm Type. Capital Money is vitally important when setting up a farm, or trying to run one. Subsidies and government policies have helped. 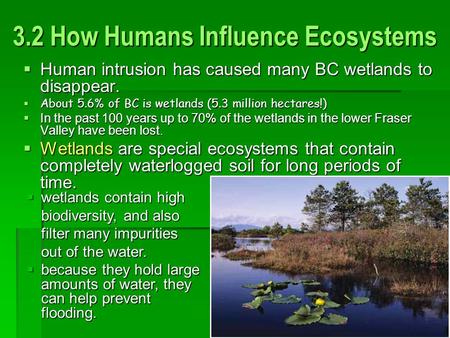