2 Setting (element) The setting of a story is the time and place in which it occurs. Elements of setting may include the physical, psychological, cultural, or historical background against which the story takes place.

3 Characterization Characterization is the creation of imaginary persons so that they seem lifelike. There are two fundamental methods of characterization. Harmon, W. H. (1996). A handbook to literature (7th Edition ed.). Upper Saddle River: Prentice-Hall, Inc.

4 Direct Characterization
The explicit presentation by the author of the character through direct description, either in an introductory block or more often piecemeal throughout the work. Harmon, W. H. (1996). A handbook to literature (7th Edition ed.). Upper Saddle River: Prentice-Hall, Inc.

5 Indirect Characterization
The presentation of a character in action, with little or no explicit comment by the author, in the expectation that the reader can deduce the attributes of the character from his/her actions. Harmon, W. H. (1996). A handbook to literature (7th Edition ed.). Upper Saddle River: Prentice-Hall, Inc.

8 Tone Tone is a reflection of a writer’s or speaker’s attitude toward a subject of a poem, story, or other literary work. Tone may be communicated through words and details that express particular emotions and that evoke and emotional response from the reader. For example, word choice or phrasing may seem to convey respect, anger, lightheartedness, or sarcasm.

9 Mood The mood of a story is the atmosphere or feeling created by the writer and expressed through setting.

10 Conflict Conflict is the struggle between opposing forces in a story or play. There are two types of conflict that exist in literature.

11 Internal Conflict Internal conflict exists within the mind of a character who is torn between different courses of action. Character vs. self

13 Theme (element) The theme is the central or universal idea of a piece of fiction; it is a perception about life and the human condition. An implicit theme refers to the author’s ability to construct a piece in such a way that through inference the reader understands the theme.

15 Types of Characters Protagonist—the story’s main character
Antagonist—a character in opposition of the protagonist Review the types of characters with students.

16 Foreshadowing (technique)
Foreshadowing is the presentation of material in a work in such a way that later events are prepared for. The purpose of foreshadowing is to prepare the reader or viewer for action to come. Foreshadowing can result from the establishment of a mood or atmosphere, an event that hints at the later action, the appearance of physical objects or facts, or the revelation of a fundamental and decisive character trait. Harmon, W. H. (1996). A handbook to literature (7th Edition ed.). Upper Saddle River: Prentice-Hall, Inc.

17 Symbol An item that stands for something else.
What are these items symbols of? Eagle Dove Black cats

18 Point of View The point of view is the perspective from which the events in the story are told. The author may choose to use any of the following: First person Third-person limited Third-person omniscient

19 Point of View First person/subjective—The narrator restricts the perspective to that of only one character to tell the story. Signal pronouns—I, we, us

20 Point of View Third-person limited—The narrator restricts his knowledge to one character’s view or behavior. Signal pronouns—he, she, they

21 Point of View Third-person omniscient—The narrator tells the story in third person from an all-knowing perspective. The knowledge is not limited by any one character’s view or behavior, as the narrator knows everything about all characters. Signal pronouns—he, she, they

23 Exposition The Exposition is the introduction. It is the part of the work that introduces the characters, setting, and basic situation.

25 Climax The Climax is the point of greatest emotional intensity, interest, or suspense in the plot of a narrative. The climax typically comes at the turning point in a story or drama.

27 Resolution The Resolution is the part of the plot that concludes the falling action by revealing or suggesting the outcome of the conflict. 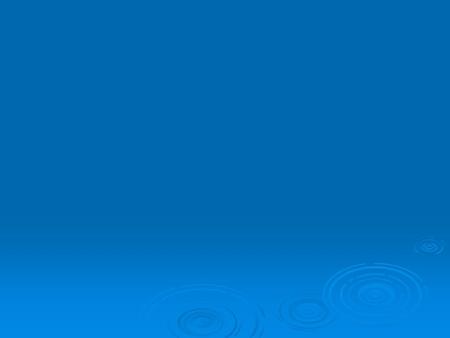 The events that happen in the story, which move it along