2 Post Civil War America Because Southern states had seceded from the Union, the federal government needed to establish a system by which they could be readmitted.

3 Post Civil War America The economy and society of the South was devastated and needed to be rebuilt.

4 Reconstruction Period of rebuilding from 1865-1896 Refers to the various plans for readmitting Southern states to the Union.

5 Lincoln’s Plan Before his assassination, President Lincoln had been planning for re- admittance of states during the last few years of the Civil War.

6 Lincoln’s Plan Lincoln felt that punishing the South served no useful purpose and he wanted to offer amnesty-a pardon-to all white Southerners who took an oath of loyalty.

7 Ten Percent Plan Plan involved: When 10% of voters of a state took an oath of loyalty to the Union, the state could form a new government Adopt a state constitution that banned slavery

8 Radical Plans Many Republicans in Congress considered Lincoln’s plan far too forgiving of the South.

9 Radical Republicans Republicans in the House and Senate that favored a radical, or extreme, approach to reconstruction. Congress was controlled by the radicals and they voted to deny any congressional seats to representatives from states readmitted under Lincoln’s plan.

10 Thaddeus Stevens Leader of the Radical Republicans in the House. He was adamant about punishing the South.

11 Wade Davis Bill Reconstruction plan passed by the Radical Republicans in July 1864: over 50% of the white males of a state had to swear an oath of loyalty only white males that swore they fought in the Confederate army could play a role in writing new state constitutions states had to ban slavery no former Confederate could hold any public office

12 Wade Davis Bill Lincoln refused to the sign the bill and vetoed it.

13 Freedman’s Bureau In March 1865, Lincoln and Congress worked together to set up this government agency. The bureau helped freed slaves to adjust to freedom.

16 Andrew Johnson becomes President Johnson was a Democrat from Tennessee that supported the Union during the war.

17 Restoration Johnson’s plan for reconstruction included: granted amnesty to most Southerners that swore loyalty High-ranking Confederates could only be pardoned by appealing to the President only pardoned loyal whites could be play a role in writing new state constitutions states had to denounce secession and ban slavery states had to ratify the 13th Amendment- passed in January of 1865 the amendment abolished slavery in the United States 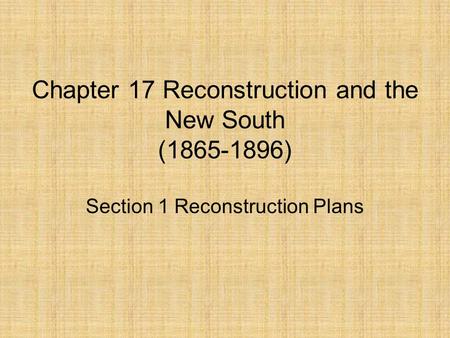 Chapter 17 Reconstruction and the New South ( ) 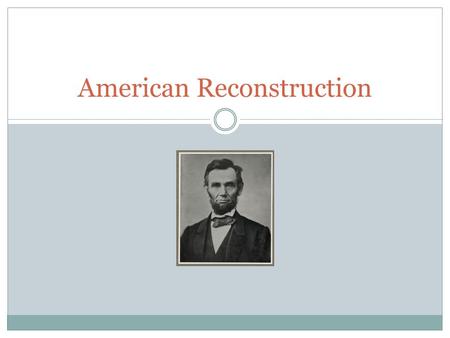 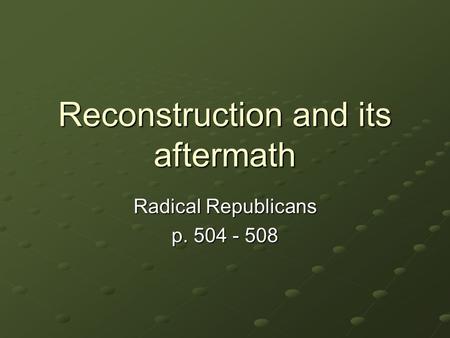 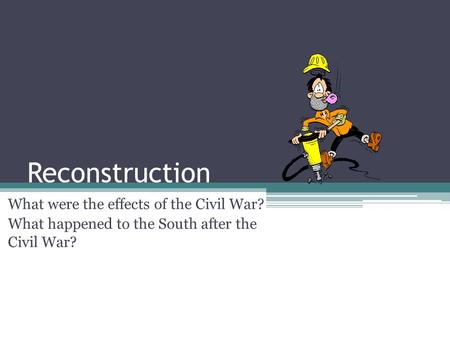 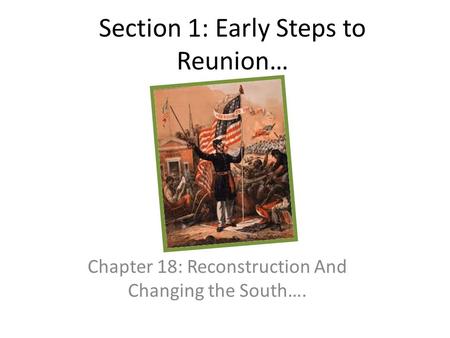 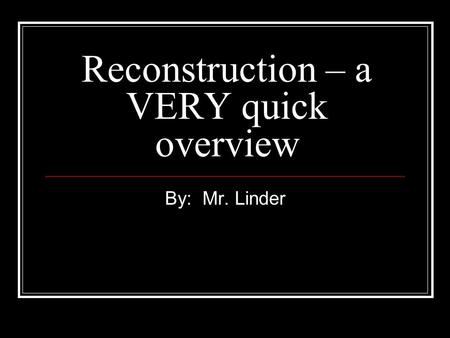 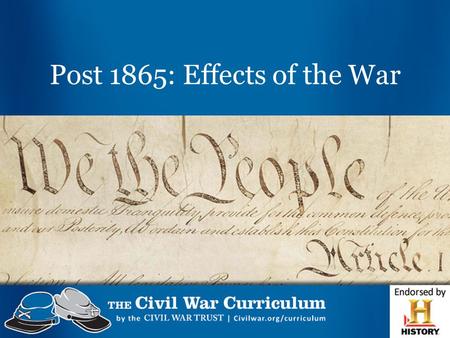 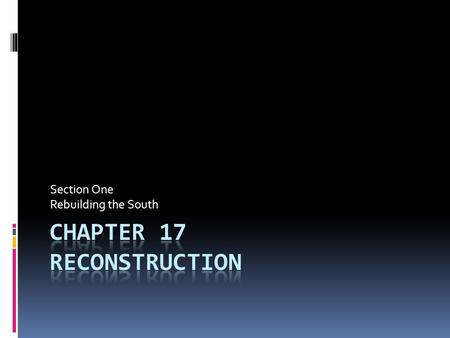 Section One Rebuilding the South. Reconstruction  The process of readmitting the former Confederate states into the Union.  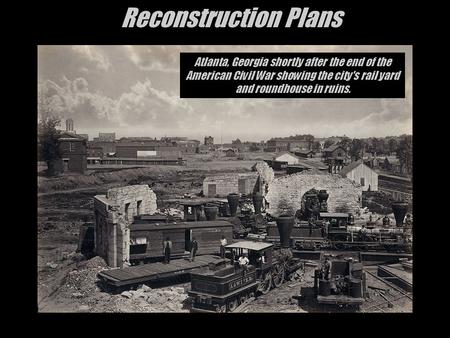 Reconstruction Plans Atlanta, Georgia shortly after the end of the American Civil War showing the city's rail yard and roundhouse in ruins. 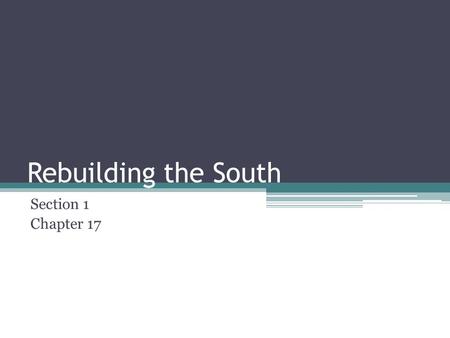 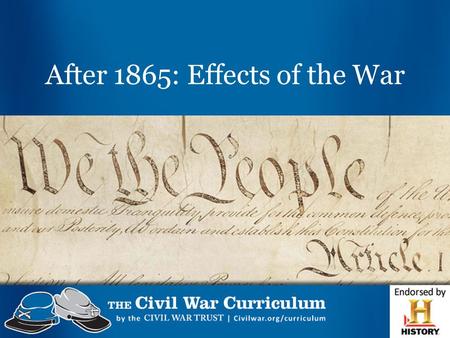