Presentation on theme: "How does it start? What are the stages? Are there signs?"— Presentation transcript:

2 Beginning of Labour During the last weeks of pregnancy, women become anxious for the baby to be born Time seems to pass slowly during this time, and man women feel “lightening” during this time. What is “lightening” ? With a first pregnancy, lightening may occur some days or weeks before labour. A woman who has had children may experience this just as the labour begins.

3 Early Signs of Labour “Show” or “Bloody Show”, which may also be referred to as losing the mucus plug. Throughout pregnancy, a plug of mucus seals the cervix, the lower part of the uterus. The mucus helps prevent bacteria from moving up the vagina which could cause infection. Before birth, it begins to liquefy and the woman may notice a few drops of blood or a slightly pinkish vaginal staining. It can be as early as a few days before labour begins.

4 In some women, the onset of labour is signaled by a trickle – or even a gush – of warm fluid from the vagina. This indicates that the membrane holding the amniotic fluid surrounding the baby has broken. This usually happens at the hospital or birthing center when the woman is in active labour.

5 When the membrane breaks, the woman should note the time, the amount of fluid, and the color and odor of the fluid. This information should be called in to the doctor or midwife. Once the water is broken, the doctor should deliver the baby within 24 to 48 hours to protect the baby from infection.

6 Contractions This is the clearest sign that labour has begun.
Contractions are the tightening and releasing of the muscle in the uterus. When the uterus contracts, it gets shorter and harder, like any other muscle. With each contraction, it shortens and gets harder, holds the hardness for a short time, and then relaxes and rests for a few minutes. Are contractions painful? Yes, but they are bearable, there is time between each one so the mother has a chance to rest and recover before the next.

7 Questions? What are the three early signs of labour?

8 False Labour Some women feel this hours or even days before the begin real labour They can be strong contractions, but are not regular or rhythmic, they do not become increasingly stronger, they end if the woman walks around These contractions are often referred to as “Braxton Hicks”

9 Stages of Labour Labour moves through three stages:
In the first stage, contractions open the cervix In the second stage, the baby is born In the third stage, the placenta is expelled The duration of labour varies greatly, usually between 8-20 hours for first baby

10 First Stage of Labour Contractions prepare the mother’s body to give birth Each time the uterus contracts, the muscles of the uterus pull up on the cervix, slowly thinning and opening it Contractions get longer, lasting about 60 seconds, and get closer together, 5 to 6 minutes apart (2 to 3 minutes apart) This is the most difficult part of labour to cope with

11 As the cervix opens, the baby moves down into the lower pelvis, getting ready for birth
The first stage ends with a period called transition, when the cervix becomes fully dilated The contractions become very strong, last longer (up to 90 seconds), and come apart more freqently

12 The Second Stage Contractions work to move the baby down through the pelvis and out of the vagina, or birth canal This is when the mother “pushes” the baby out and the child is born.

13 The bones in the pelvis are joined together by ligaments, which are like rubber hands
During delivery, these ligaments are very stretchy, as a result of the hormone called “relaxin” The same hormone also makes the vagina very stretchy, this allows the baby to safely pass through to be born Video – Vaginal Delivery

15 If the doctor decides that the fit between the mother and baby is not adequate, an episiotomy may be performed. This is a surgical cut that would widen the opening, however it is not used often Many doctors and midwives work with women to avoid it.

16 Women give birth in a variety of positions
Part sitting up, and part lying down, with their legs apart and knees bent (as seen in the video) Some women squat, sit in a birthing chair, or even kneel on their hands and knees

17 Doctor provides gentle support as the head is delivered
The head is followed by one shoulder, then the other. The rest of the baby slips out into the world Sometimes a doctor uses forceps or a vacuum. The doctor attaches these to the head, and helps the baby out Video – Forceps Delivery

18 The Third Stage After the baby is born, the mother often experiences a period of rest She may once again feel some contractions and an urge to push, but usually cause little discomfort These help the placenta to separate from the wall of the uterus The mother pushes and delivers the placenta Although this is usually brief, it is important. If any parts of the placenta remain, bleeding, infection and serious illness may result

19 Caesarean Birth Not all births progress through the three stages of labour If complications arise during pregnancy or labour, it may be necessary to perform a caesarean A caesarean is the delivery of a baby by making a sugical incision in the mother’s abdomen With an epidural, the mother can remain awake during the operation The father or coach may be present as well, with permission of the doctor Video- C-Section

20 Questions ??? What are contractions? How do they feel to the woman?
Contrast real and false labour What is cervix? How does it change during labour? Why is the third stage of labour important? How does caesarean birth differ from vaginal birth?

Download ppt "How does it start? What are the stages? Are there signs?" 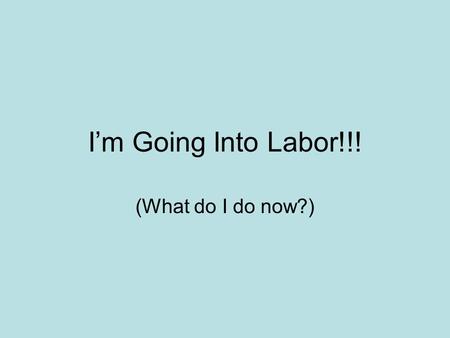 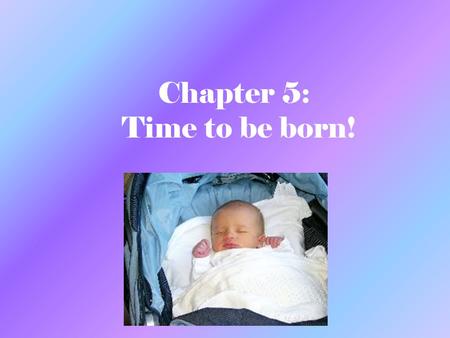 Chapter 5: Time to be born! 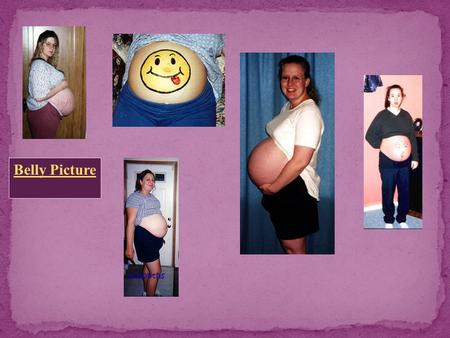 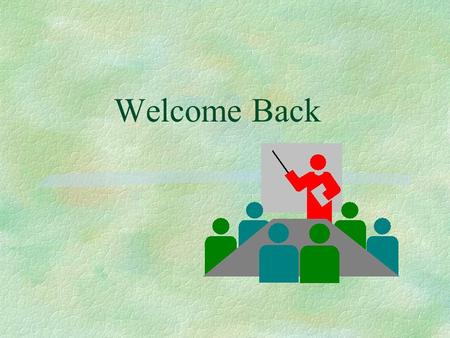 Welcome Back. 32 weeks §The fetus became baby like §The head was proportional to the body. 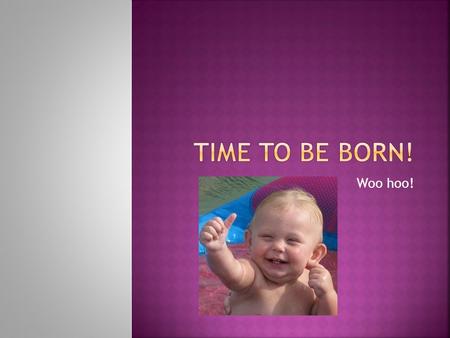 Woo hoo!.  Labor takes most parents by surprise  Once begun, labor and delivery are completed within hours.  Following childbirth, there is a period. 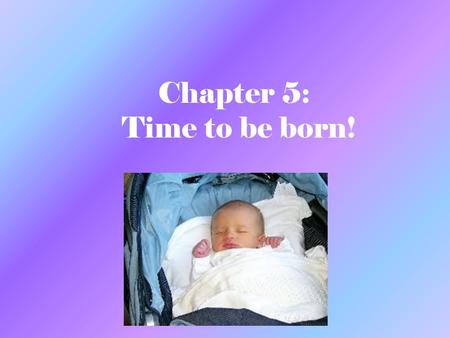 Chapter 5: Time to be born!. What are the possible signs that labor has begun? Contractions: tightening and releasing of uterine muscles Braxton Hicks: 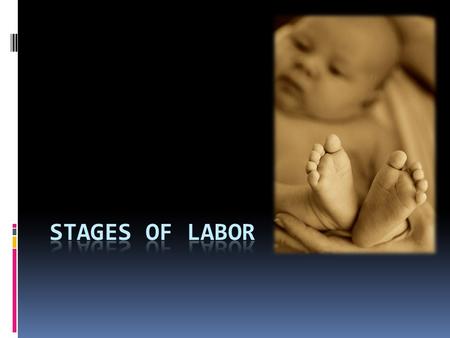 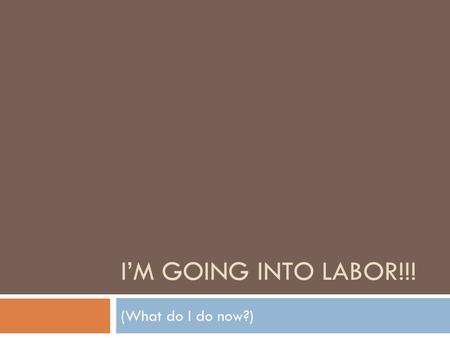 I’M GOING INTO LABOR!!! (What do I do now?). Labor  Labor is the energy and effort used to push the baby out of the womb.  Dilation is when the cervix. 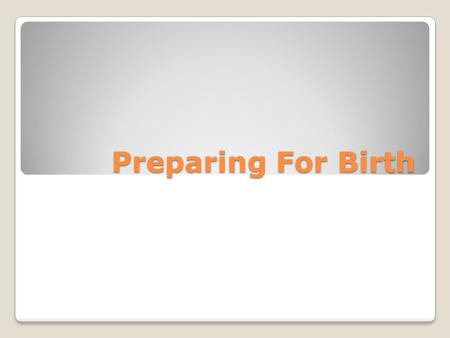 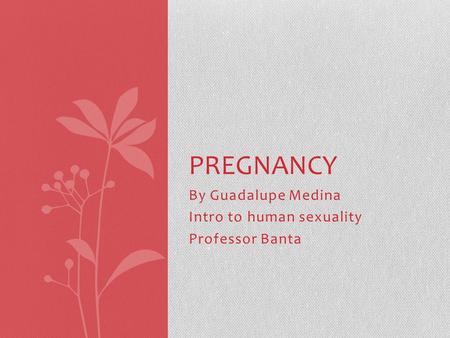 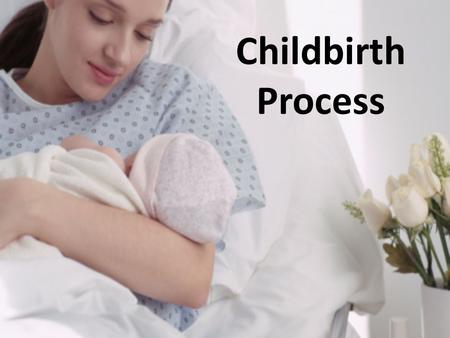 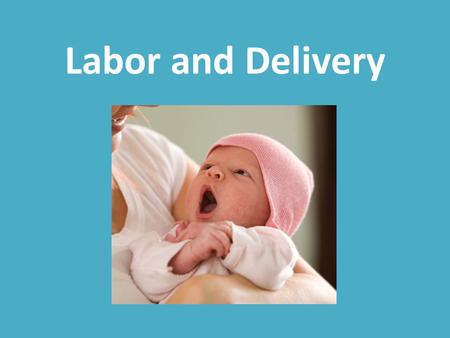 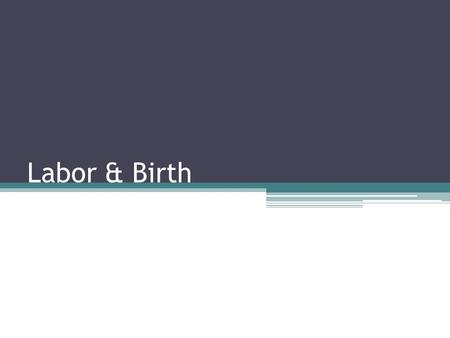 Labor & Birth. Childbirth Options Prepared Childbirth- means reducing pain and fear during the birth process through education and the use of breathing. 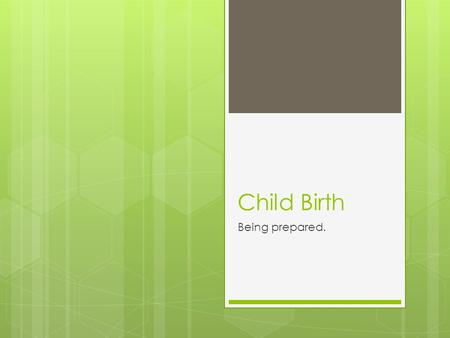 Child Birth Being prepared.. Prepared Child Birth  Prepared child birth is a method of giving birth in which pain is reduced through the elimination. 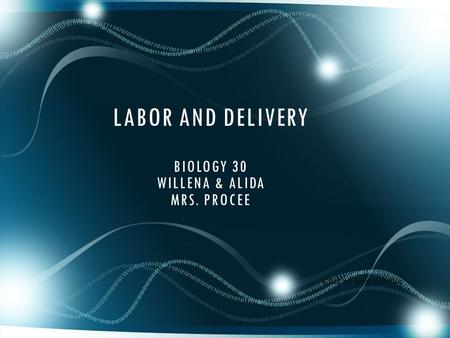 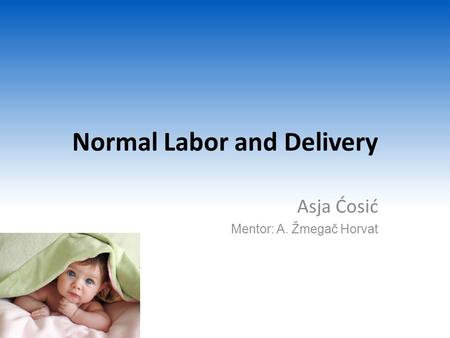 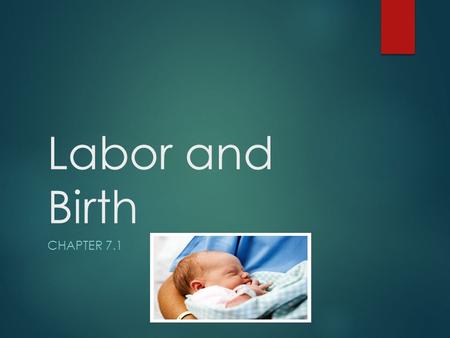 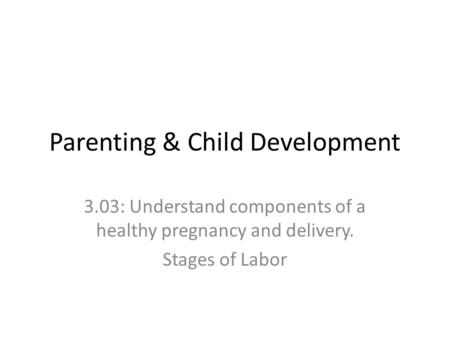 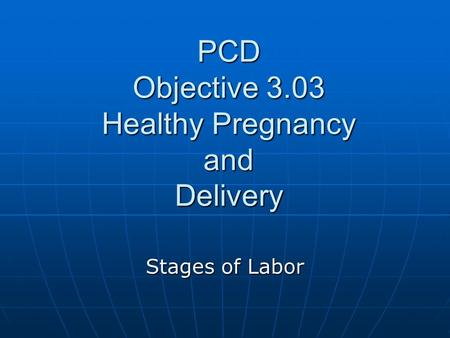 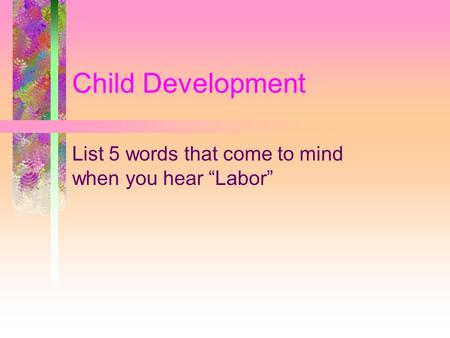