6 ST Segment Flat line that follows the QRS complex and connects it to T wave Instructional point: The ST segment can be compared to the PR segment to evaluate ST segment depression or elevation. I

8 Ischemia, Injury, and Infarction
Occurs with interruption of coronary artery blood flow Often a progressive process Instructional point: Progressive process which includes: (1) Arteries narrow from atherosclerosis and form plaque, (2) narrowing causes a decrease in perfusion and ischemia to cells, (3) causes angina or ischemia to the muscle cells. I

9 Myocardial Ischemia Results from decreased oxygen and nutrient delivery to myocardium Can be reversed if supply of oxygen and nutrients is restored Instructional points: Myocardial ischemia typically occurs when the heart has a greater need for oxygen than the narrowed coronary arteries can deliver or there is a loss of blood supply to the myocardium. Ischemia can be transient such as in angina or it can be related to myocardial infarction. I

12 Myocardial Infarction
Death of myocardial cells Instructional point: The area of the heart which is normally supplied by the blocked artery goes through a characteristic sequence of events described as “zones” of ischemia, injury and infarction. Each zone is associated with characteristic ECG changes. I

13 ECG Indicators Instructional point:
Although the ECG usually progresses through these three stages during an acute myocardial infarction, any one of these changes may be present without any of the others. As an example, it is not unusual to see ST segment depression without T wave inversion. I

15 T Wave Inversion Occurs because ischemic tissue does not repolarize normally Instructional point: T wave inversion also be present during a myocardial infarction as the tissue around the infarct becomes ischemic. I

16 T Wave Inversion Instructional point:
Because the chest leads are closest to the ventricles they are the best for checking for T wave inversion as it will be most pronounced in these leads. Used in this context the term symmetrical means that both right and left sides are mirror images. I

18 ST Segment Depression May or may not include T wave inversion
Instructional point: Remind the student that ST segment depression or elevation can be evaluated by comparing the ST segment to the PR segment. I

20 ST Segment Elevation Earliest reliable sign that myocardial infarction has occurred Instructional point: Myocardial injury produces ST segment elevation in the leads facing the affected area as depolarization of the injured myocardium is incomplete with the tissue remaining electrically more positive than the uninjured areas surrounding it. I

22 ST Segment Elevation - Pericarditis
Instructional points: With pericarditis, an inflammation of the heart, the ST segment elevation is usually flat or concave (the middle sags downward) and seen in all leads except aVR. This resolves with time. It also seems to elevate the entire T wave off the baseline, with baseline gradually slanting back downward all the way to the next QRS complex. The P wave is often a part of this downward slanting of the baseline. A ventricular aneurysm, which is a weakening and bulging of the ventricular wall should be suspected if ST segment elevation following a myocardial infarction persists. I

26 Criteria for Diagnosing MI
Based on the presence of at least two of the following three criteria: Clinical history of ischemic-type chest discomfort/pain Rise and fall in serum cardiac markers Changes on serially obtained ECG tracings

27 ECG Changes in MI 12-lead ECG should be immediately performed on anyone even remotely suspected of experiencing MI Because early ECGs do not always reveal MI, it is important to obtain serial 12-lead ECGs throughout patient assessment and treatment Particularly true if first ECG is obtained during a pain-free episode

31 Additional Indicators of MI
A new (or presumably) new bundle branch block can be another indicator of MI However, the patient’s old ECGs must be used to confirm this Left bundle branch block (as well as pacing) can interfere with identifying acute MI by making it difficult to accurately interpret the ST segment

36 Lateral Ischemia, Injury, Infarction
The positive electrode for leads I and aVL should be located distally on the left arm and because of which, leads I and aVL are sometimes referred to as the high lateral leads Because the positive electrodes for leads V5 and V6 are on the patient's chest, they are sometimes referred to as the low lateral leads

39 Posterior Ischemia, Injury, Infarction
Can be identified through leads V7, V8 and V9 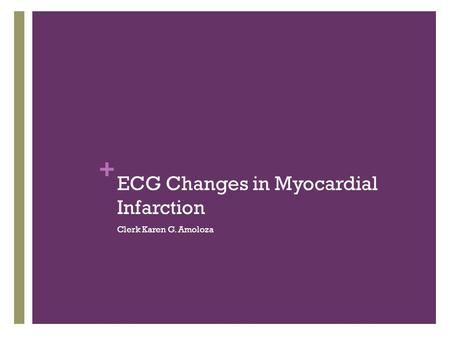 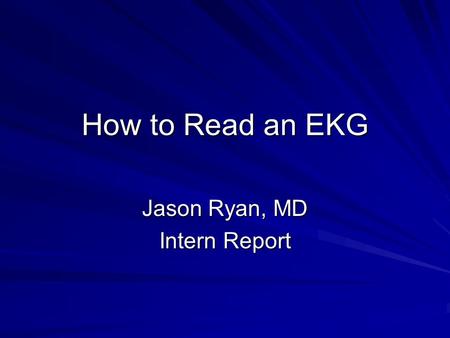 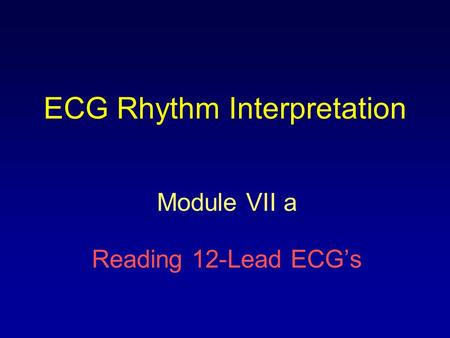 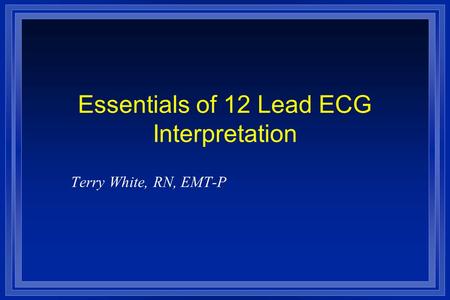 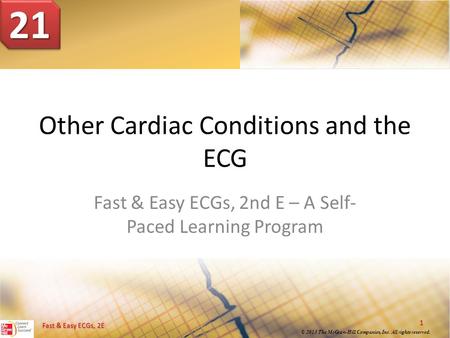 Other Cardiac Conditions and the ECG 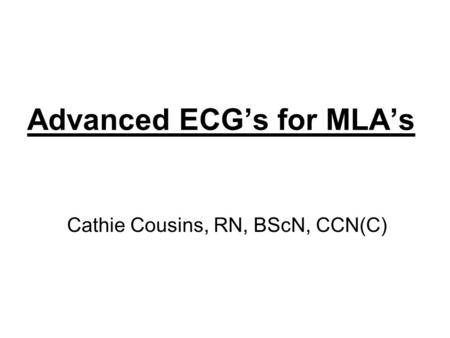 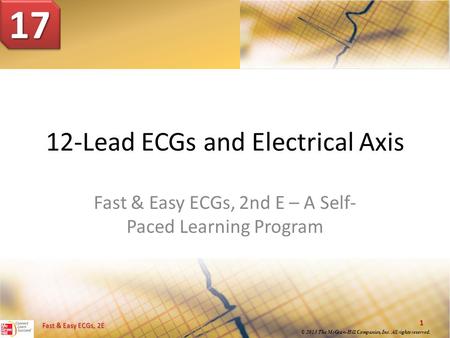 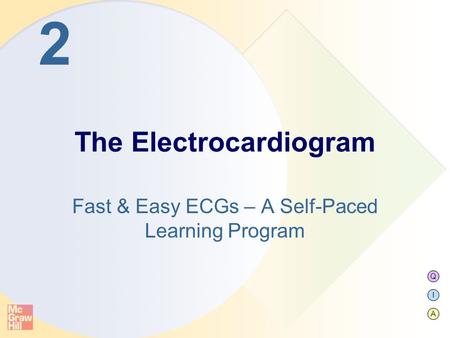 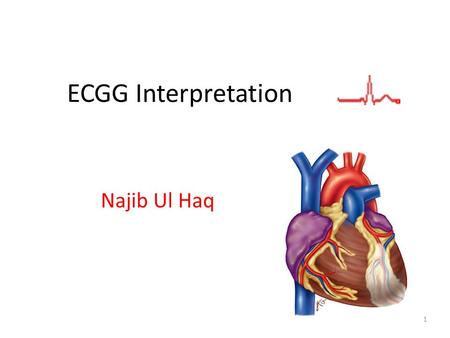 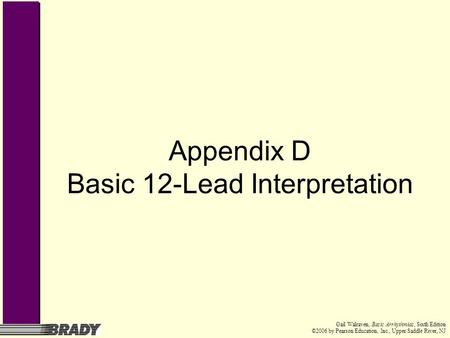 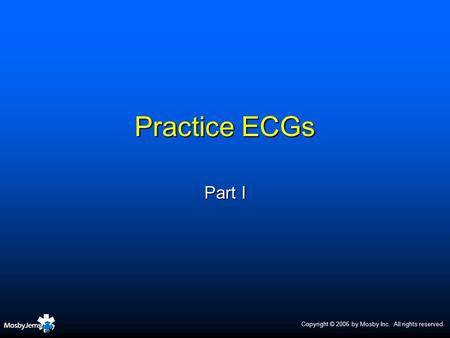 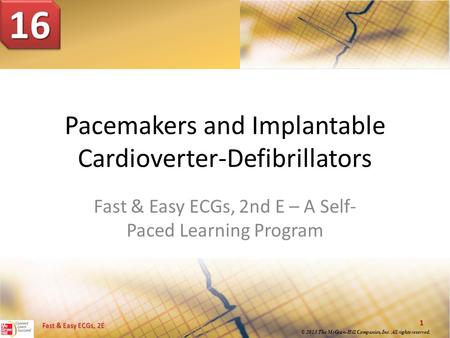 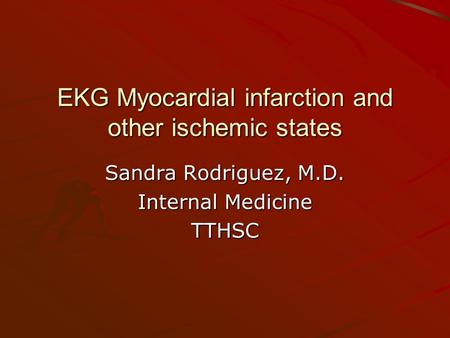 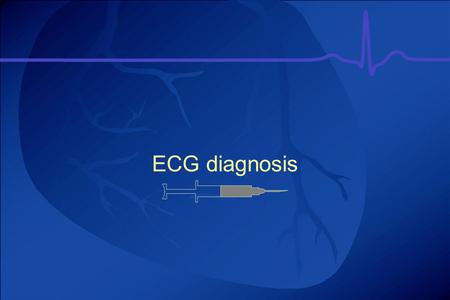 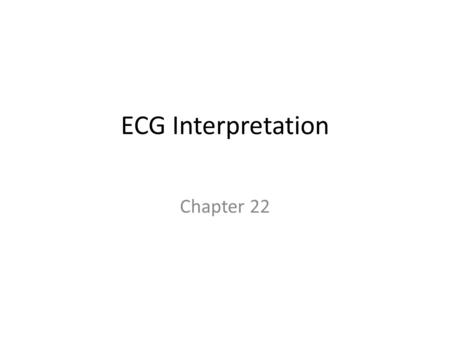 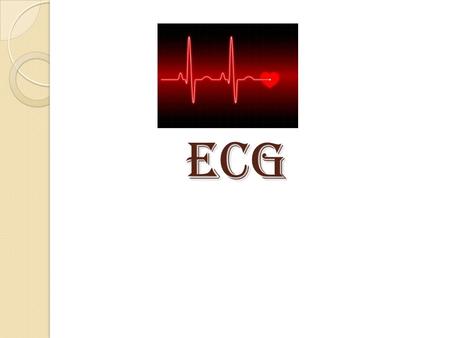 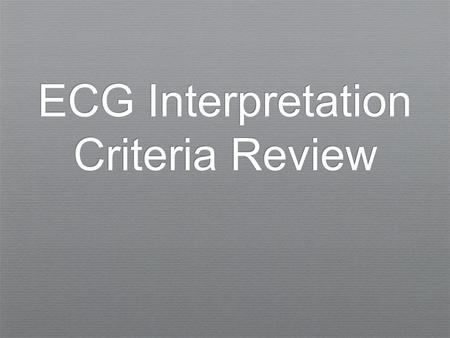 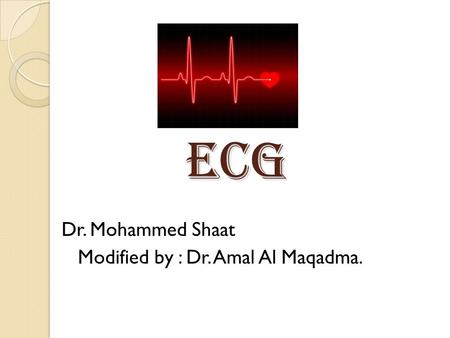 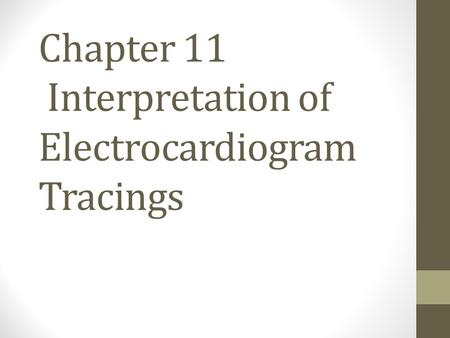 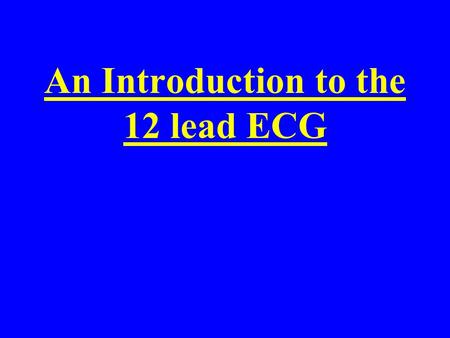 An Introduction to the 12 lead ECG