1 What is Intelligence? Definition: 3 main characteristics 1) 2) 3)

6 Problems with the IQ Formula

12 How do we construct Intelligence tests?
Tests must be:

14 Determining Test Quality
Standardizing Conditions surrounding a test are as similar as possible for everyone who takes it Helps eliminate possible bias of those giving or scoring the test – objective Norms Description of frequency at which particular scores occur, allowing scores to be compared statistically Standardization group Representative sample of people pretested to determine meaningful scores Percentile score Percent of individuals in normative group whom the individual has scored above

17 Does Intelligence Change Over Time?

19 Validity The degree to which test scores are interpreted correctly and used appropriately Content validity Content of a test is a fair, representative sample of what the test is supposed to measure Criterion-related validity (predictive validity) Correlation between test scores and an independent measure of what it is supposed to assess Construct validity Extent to which scores suggest test is measuring theoretical construct it claims to measure

23 Group Differences in Intelligence Test Scores
The Bell curve is different for Whites v. Black. Math scores are different across genders and the highest scores are for Asian males. Why? Nature or Nurture

25 Is intelligence one general trait or many specific abilities?

26 Is intelligence one general trait or many specific abilities?
L.L. Thurstone

30 Multiple Intelligences (MI) Theory
Linguistic Logical-mathematical Spatial Musical Body-kinesthetic Intrapersonal Interpersonal Naturalistic Commonly measured in intelligence tests Suggests they interact, but can function with some independence Some can become more developed than others Critics suggest that many of these are better labeled as “skills” than “intelligences” Also, don’t really have dependable measures

32 Is intelligence one thing or several different abilities?
To find out scientists use FACTOR ANALYSIS: He saw using FA that doing well in one area of a test predicted that you will do well in another.

33 Multiple Intelligences
Howard Gardner disagreed with Spearman’s g and instead came up with the concept of multiple intelligences. He came up with the idea by studying savants (a condition where a person has limited mental ability but is exceptional in one area).

41 Brain Size and Intelligence Is there a link?
Small +.15 correlation between head size and intelligence scores (relative to body size). Using an MRI we found +.44 correlation with brain size and IQ score. 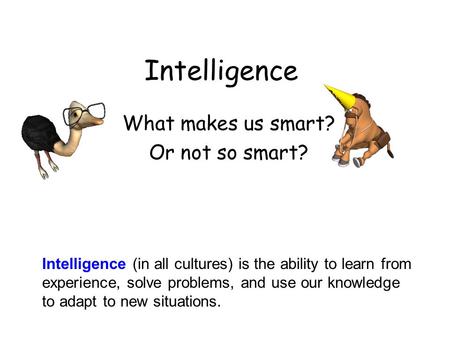 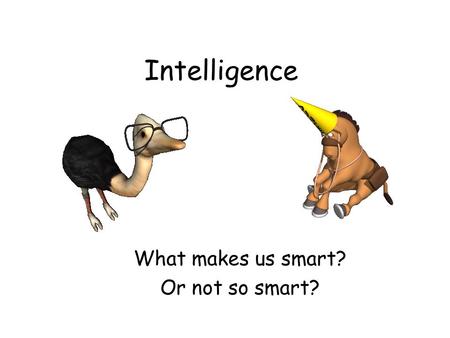 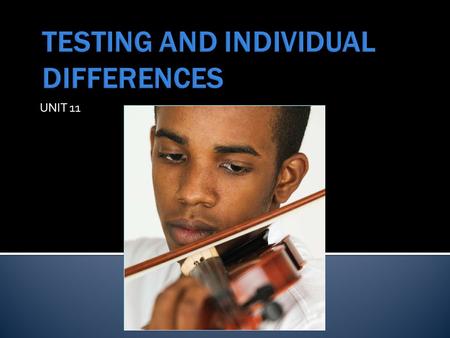 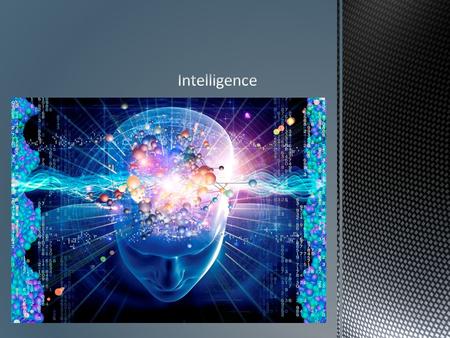 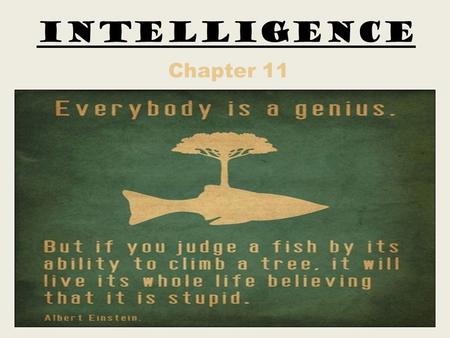 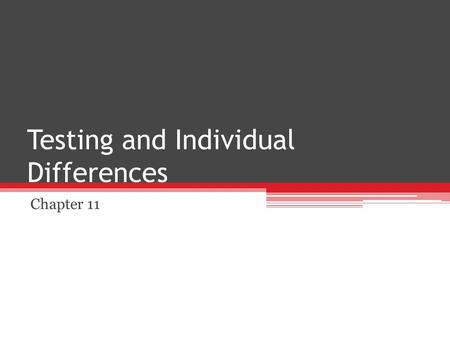 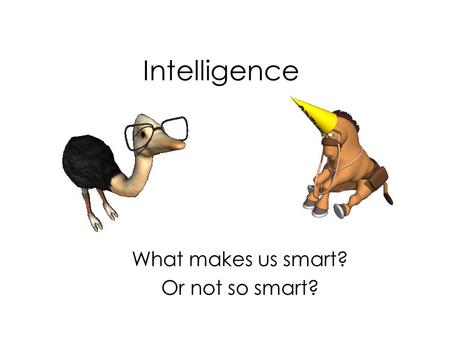 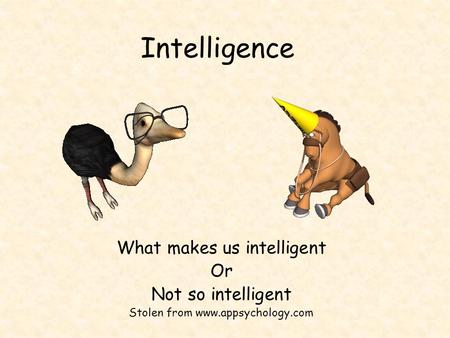 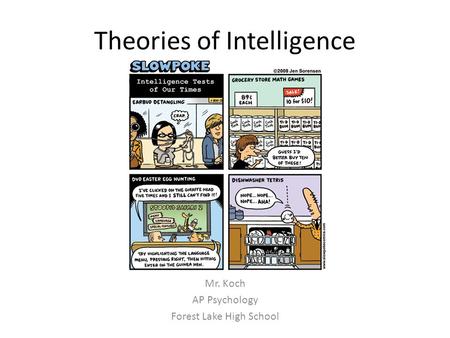 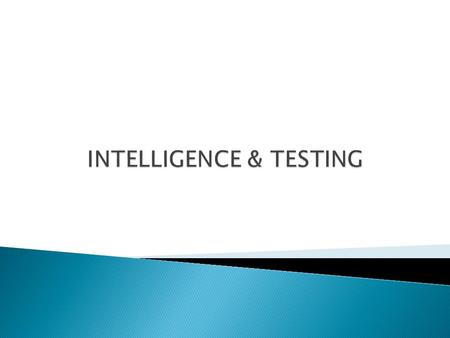 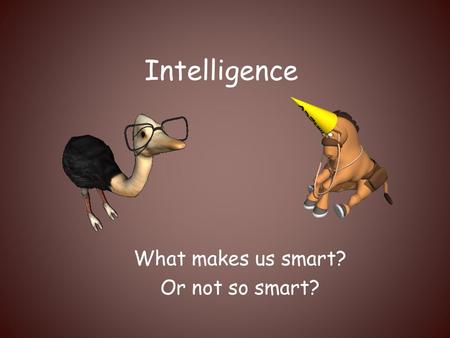