2 SSB Transmitter The design of the SSB transmitter is accomplished in two stages. First we generate a DSBSC signal and then remove the lower sideband to achieve the final SSB result. Generating the DSBSC Signal Internally, the balanced modulator generates the AM waveform, which includes the carrier and both sidebands. It then offers the facility to feed a variable amount of the carrier back into the modulator in anti-phase to cancel the carrier output. In this way we can balance out the carrier to suppress it completely leaving just the required DSBSC waveform.

4 SSB Transmitter From DSBSC to SSB
The DSBSC signal consists of the two sidebands, one of which can be removed by passing them through a bandpass filter. The inputs to the balanced modulator comprise the audio inputs from the audio oscillator, which extend from 300Hz to 3.4kHz, and the carrier input. On the ANACOM 1/1 board this carrier oscillator, although marked as ‘455kHz’, actually needs to operate at a frequency which is a little less than this, around 453kHz. Why is this? It is to ensure that the upper sideband can pass through the ceramic bandpass filter but the lower sideband cannot pass through.

6 SSB Transmitter The upper sideband can be seen to be within the passband of the ceramic filter but the lower sideband is outside and will therefore be rejected. The sideband frequencies are quite close to each other and a good quality ceramic filter is required. A ceramic filter passes only a narrow range of frequencies with a sharp cut-off outside of its passband.

7 SSB Transmitter Transmitting the SSB signal – SSB signal that generated before is combined with a 1MHz carrier signal to produce a new DSBSC signal This signal will now have two new sidebands, one around 1MHz + 455kHz = 1.455MHz and the other at 1MHz - 455kHz = 545kHz. Since these two sidebands are separated by a wide frequency range, the filter design is not critical and a simple parallel tuned circuit is sufficient.

10 SSB Receiver The receiver is of the normal superhet design. The first stages are the same as we met for DSBFC. The incoming signal is amplified by the RF Amplifier and passed to the mixer. The other input to the mixer is the local oscillator that is running at 455kHz above the frequency to which the receiver is tuned. The mixer generates sum and difference signals and the lower of the two is the resulting IF signal occupying a range of frequencies around 455kHz. The audio information must now be separated from these IF frequencies. RF section Mixer IF Section Mixer 2 Audio Amplifier

14 Figure 2: SSB Transmitter
MT Sem Figure 2: SSB Transmitter Figure 2 below shows a block diagram of an SSB transmitter. A modulating signal with bandwidth of 3 kHz and centre frequency of 2 kHz as shown is inserted to the first balance modulator input. What kind of signal generated at the output of the balance modulator 1 (output a). Sketch the spectrum and label the frequencies. [2] Sketch the spectrum at the output b and output c. Label the frequencies. [3]

15 Example The SSB Receiver has output at 1 kHz. The carrier used and suppress at the transmitter was 2 MHz, and the upper sideband was utilized. Determine the exact frequency at all stages for a 455 kHz IF frequency.

16 Example 1. At 100% modulation, an AM signal has a total power of 1200 watts. If it was converted to SSBSC and the sideband component had the same amplitude as before, the total power would be: a. 100 watts. b. 200 watts. c. 400 watts. d 800 watts. 2. The output of a balanced modulator in an SSB transmitter being modulated with a modulating signal is: a. conventional AM. b. SSB. c. DSB-SC. d. a sinewave at the carrier frequency 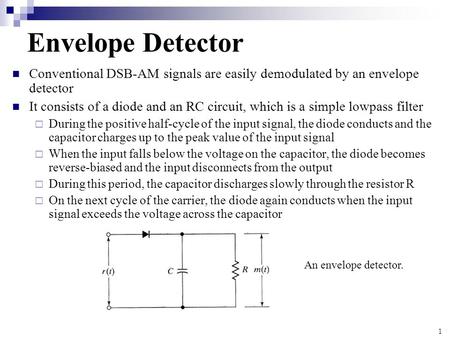 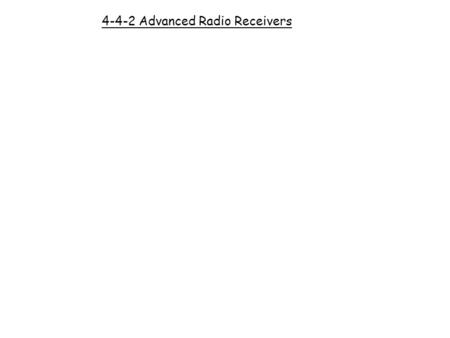 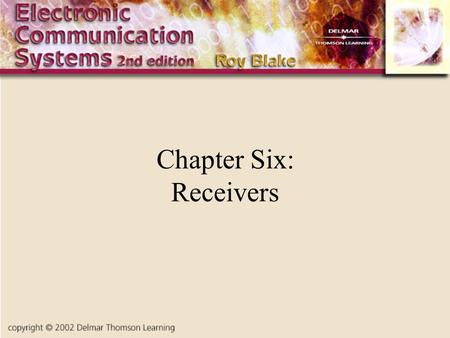 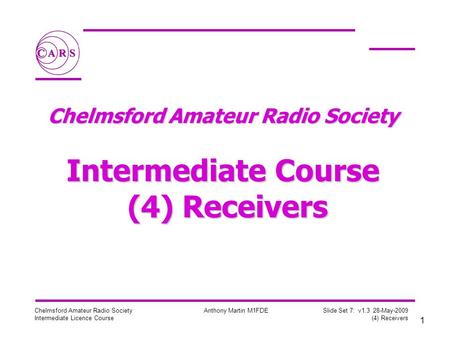 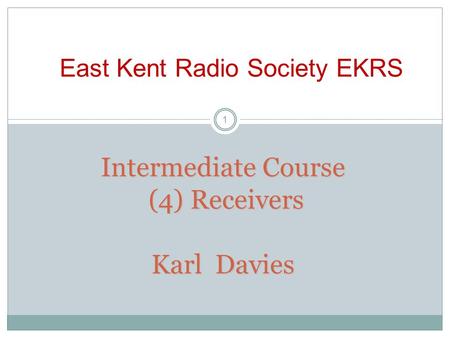 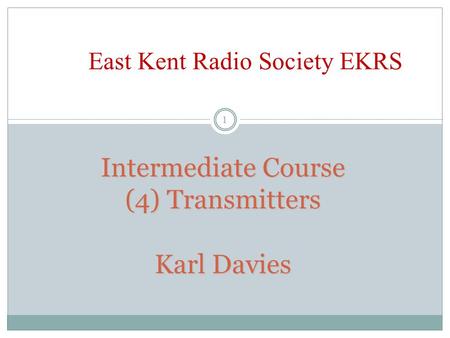 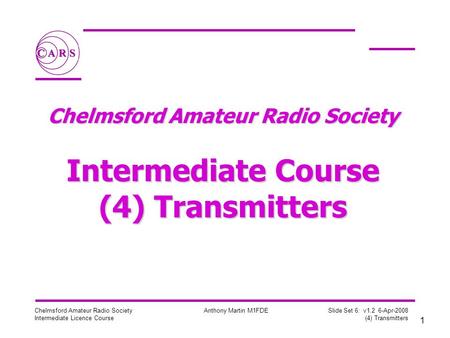 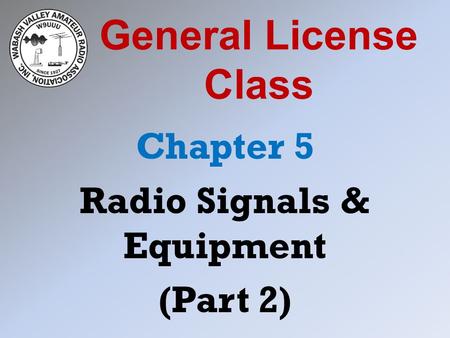 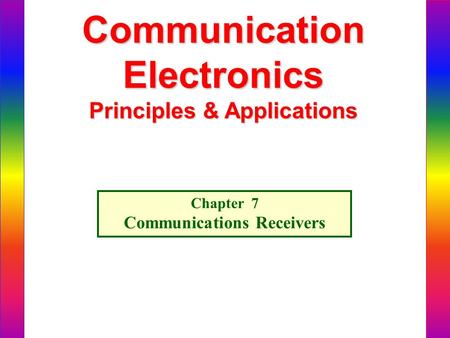 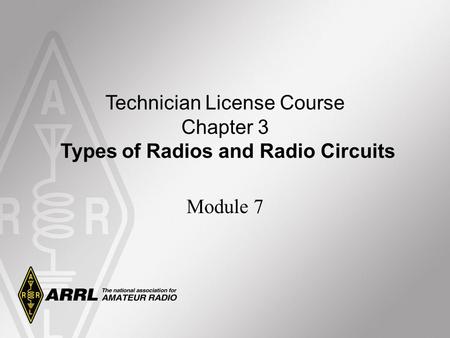 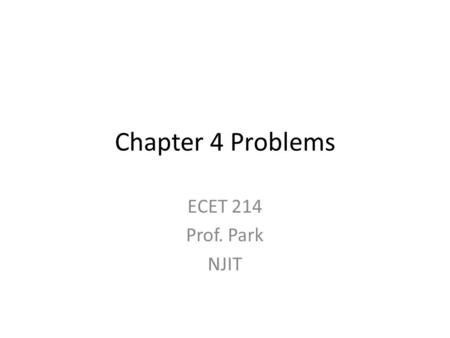 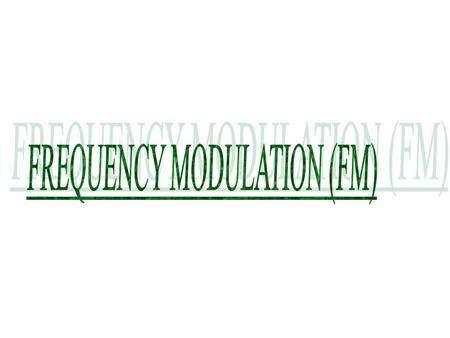