7 Deficit & Debt A. Deficit is reached when the government spends more money than it makes in taxes; this is common b/c the gov’t cannot predict exact revenues and expenditures. B. When the government operates with a budget deficit it finances itself through loans. The gov’t borrows money by selling bonds to individuals, banks, and other countries. C. Deficit leads to debt when the gov’t takes out loans to pay for its programs. (mandatory spending) D. The national debt is important for you b/c you will be the ones paying for spending happening now by paying higher taxes in the future.

11 Currently …  Currently the U.S. is based on a progressive tax system.  Some people are pushing for a proportional tax to make things simpler.  Regressive taxes are unusual and not intended for income tax, but some economists consider the sales tax a regressive tax because low income persons use a larger portion of their pay check on items like food and gas than wealthy people.

12 Balanced Budget A balanced budget will be composed of equal amounts of revenue and expenditures. Pros & Cons of Balanced Budget Amendment (Very unlikely to ever happen in our Keynesian based economic system)

15 Public Goods A. All government goods and services are called public goods. B. Government gives money to merit goods to subsidize and encourage their action.  Ex: schools C. Government fines or punishes demerit goods to stop their action, especially for things that are negative externalities (cause harm to uninvolved 3 rd parties.)  Ex: pollution

16 Redistribution of Income/ Income Security A. Multiple types of assistance programs exist to care for low income families, the sick, the elderly, and children. The task of income security is to make certain all people in a nation have a minimum level of support. B. Some programs such as Social Security are paid for by your taxes in advance. C. Some programs such as welfare and Medicaid are given to people whether they have paid taxes or not. D. Some programs are administered by states and some are national. E. Critics think gov’t assistance programs discourage people from taking care of themselves and think market solutions should be used to correct social problems and externalities. 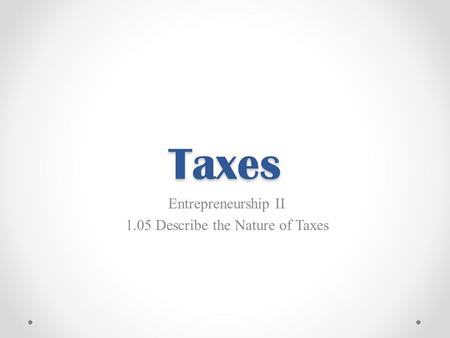 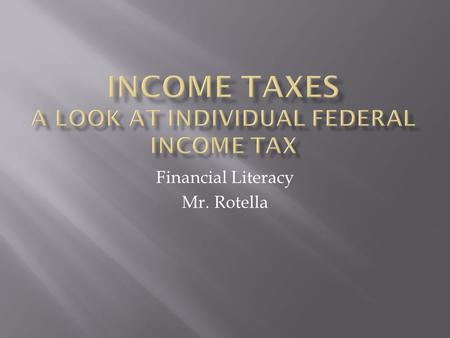 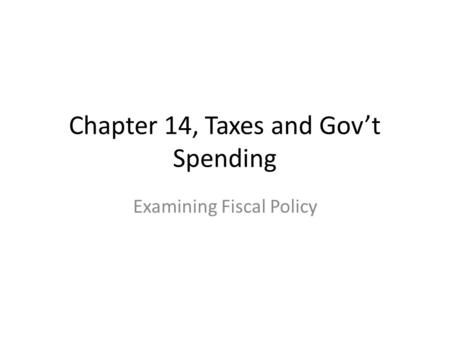 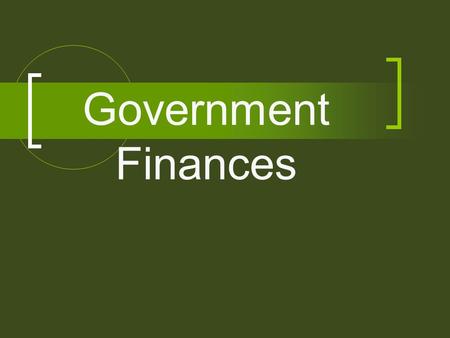 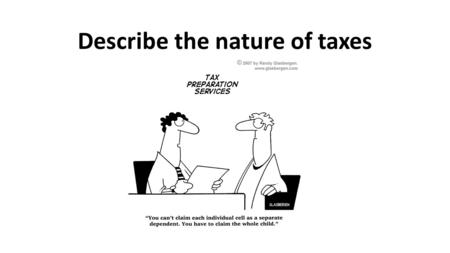 Describe the nature of taxes. What are taxes Legally mandated payment to the government that is not made in exchange for a good or service Examples: income. 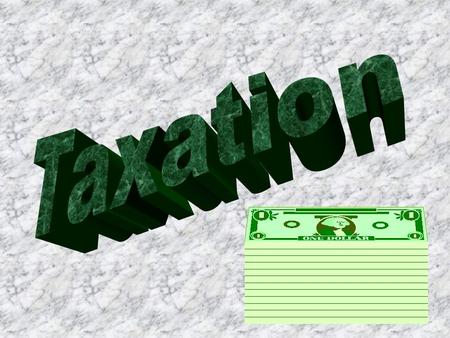