4 1920s often referred to as Jazz Age – reflects great importance of the newly formed African-American Music General awakening of African-American culture during this time period is known as the Harlem Renaissance Begun with rising middle class African-Americans – more than just about music Art : Dance, Visual Arts, Literature, Poetry Era when African-Americans felt as though they had been liberated Unprecedented level of optimism, a pride in all things black, and a confidence in their own future – one that was beyond African-American communities

5 Langston Hughes: Recognized as one of America’s best poets
Langston Hughes: Recognized as one of America’s best poets. Born in Mississippi, he was drawn to Harlem like other African- American artists and writers. Drew on his personal experiences in writing about what it was like to be an African American growing up in America. One of the most popular writers of the Harlem Renaissance. Writings also expressed the new mood of rugged determination to overcome racial prejudice Alain Locke: Expressed pride in heritage while attacking racism. Zora Neale Hurston: one of the first successful African-American women writers Countee Cullen: Leading Poet who won more major literary prizes than any other African-American writer of the 1920s

6 A Dream Deferred Langston Hughes
What happens to a dream deferred? Does it dry up like a raisin in the sun? Or fester like a sore-- And then run? Does it stink like rotten meat? Or crust and sugar over-- like a syrupy sweet? Maybe it just sags like a heavy load. Or does it explode? Langston Hughes 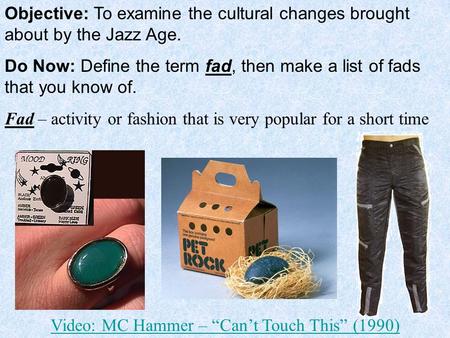 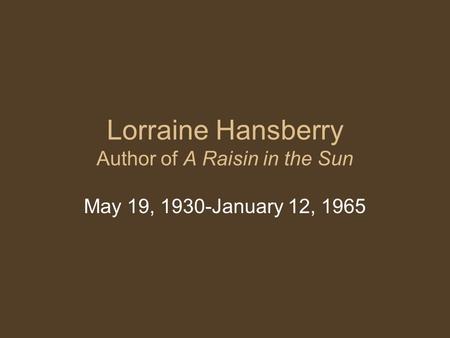 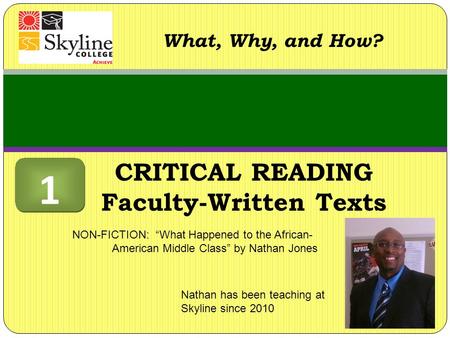 CRITICAL READING Faculty-Written Texts What, Why, and How? Nathan has been teaching at Skyline since 2010 NON-FICTION: “What Happened to the African- American. 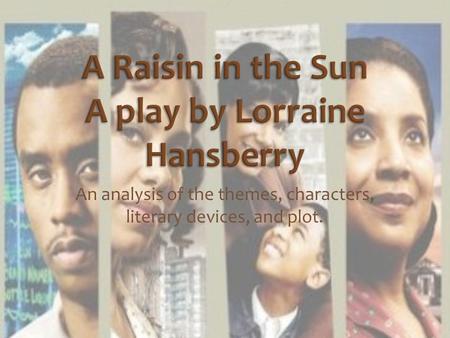 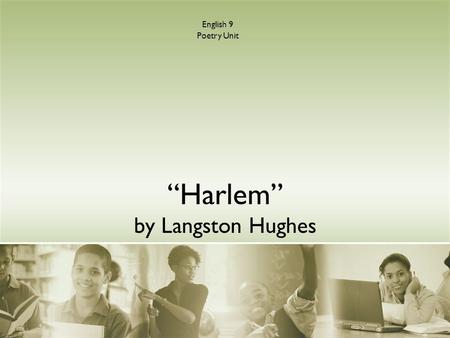 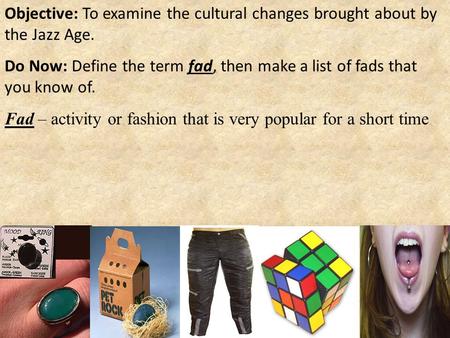 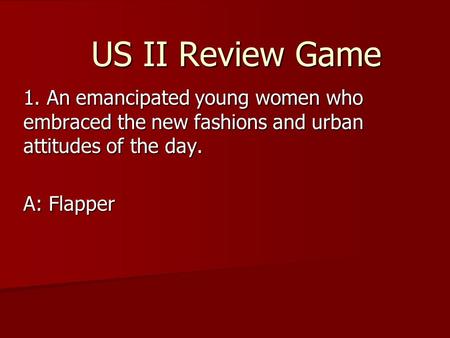 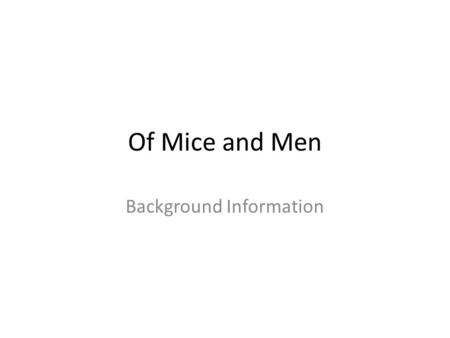 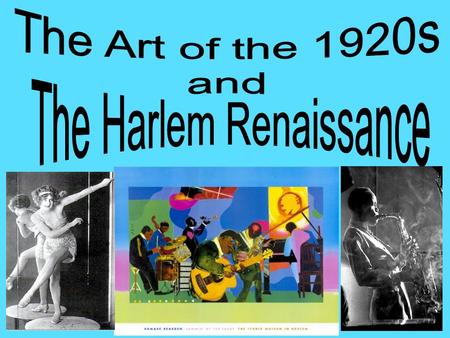