2 Breakeven Analysis Breakeven analysis (cost-volume-profit analysis): approach to profit planning that requires derivation of various relationships among revenue, fixed costs, and variable costs in order to determine units of production or volume of sales dollars at which firm “breaks even” (where total revenues equal total of fixed and variable costs)

3 Assumptions of Breakeven Analysis
Costs can be reasonably subdivided into fixed and variable components. All cost-volume-profit relationships are linear. Sales prices will not change with changes in volume.

5 Assumptions of Breakeven Analysis
All cost-volume-profit relationships are linear. Assumption holds so long as analysis is confined to reasonable range of operations. If level of operations are doubled, relationship may be different.

6 Assumptions of Breakeven Analysis
Sales prices will not change with changes in volume. Economic theory states that one would normally expect price increase to be accompanied by decrease in sales volume and vice versa. Assumption holds so long as analysis is confined to reasonable range of prices.

9 Breakeven Analysis Modernization or automation decisions
Analyze profit implications of a modernization or automation program In this case, firm substitutes fixed costs (i.e. capital equipment costs) for variable costs (i.e. direct labor) Expansion decisions Study aggregate effect of general expansion in production and sales In this case, relationships between total dollar dales for all products and total dollar costs for all products are examined in order to indentify potential changes in these relationships

15 The Breakeven Technique
Operating Leverage Implications of operating leverage concept: As firm incurs higher levels of fixed costs due to use of more capital equipment (becomes more capital intensive), it normally incurs lower levels of variable costs (becomes less labor intensive). Once fixed costs are covered, any available contribution margin will make direct contribution to profit. If firm falls short of covering its fixed costs, loss will be incurred. The higher the degree of operating leverage, the higher probability that loss may be incurred, and the higher the risk.

20 The Breakeven Technique
Additional Breakeven Applications 3. Determine pricing decisions. Porter wants to know what price he will have to charge for given number of orders and predetermined level of profit. If Porter sells 20 units, what price should he charge to earn $3,000 in profit? 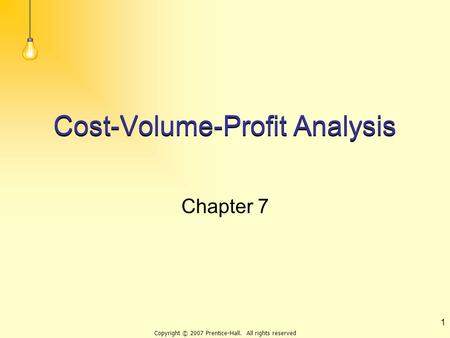 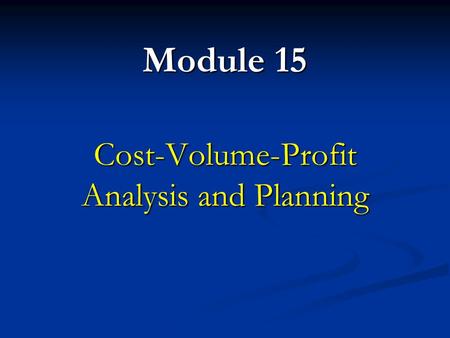 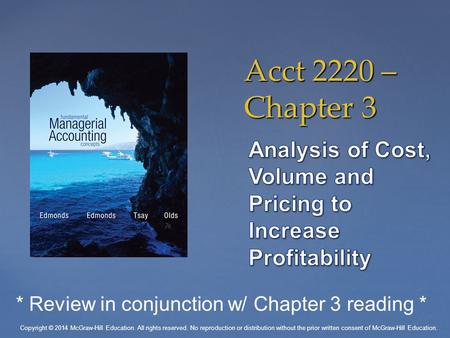 Acct 2220 – Chapter 3 Copyright © 2014 McGraw-Hill Education. All rights reserved. No reproduction or distribution without the prior written consent of. 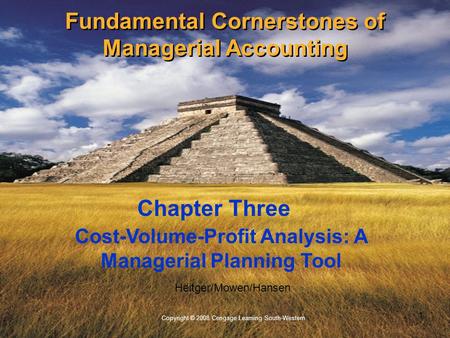 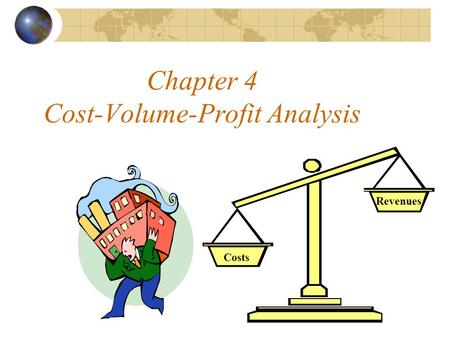 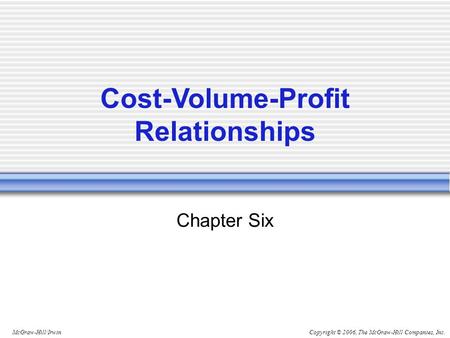 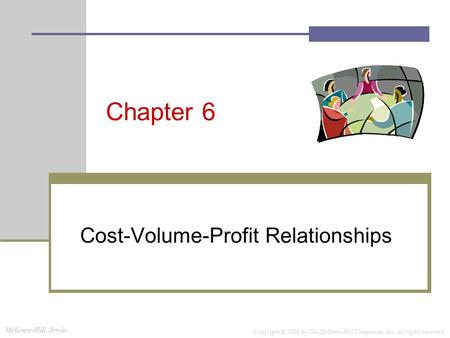 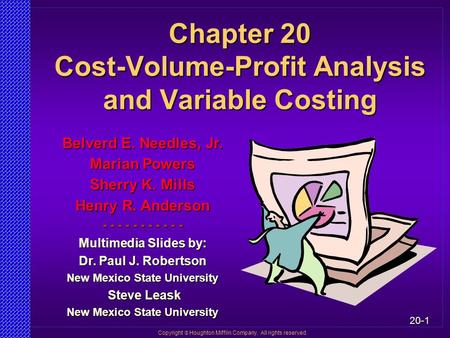 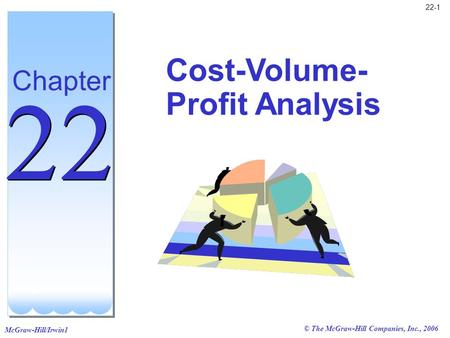 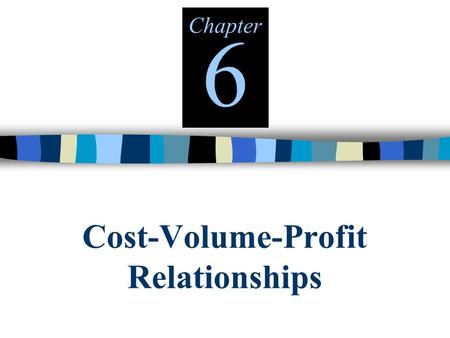 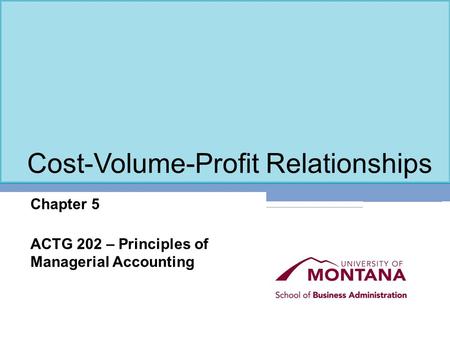 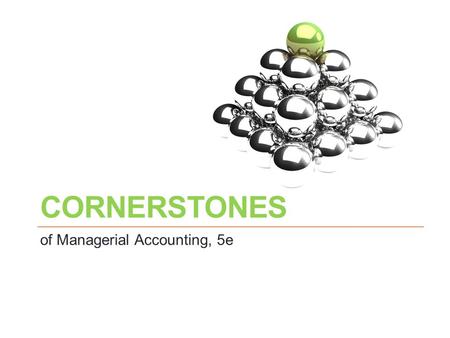 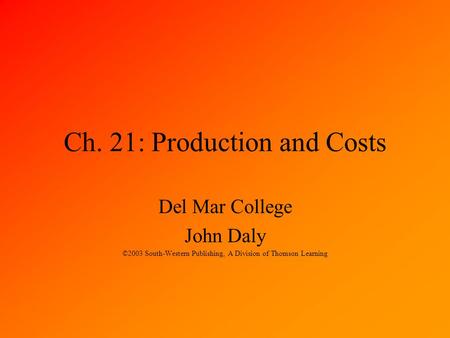 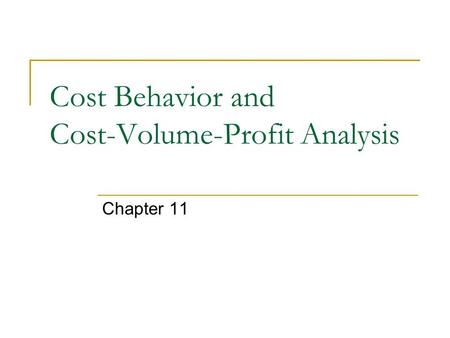 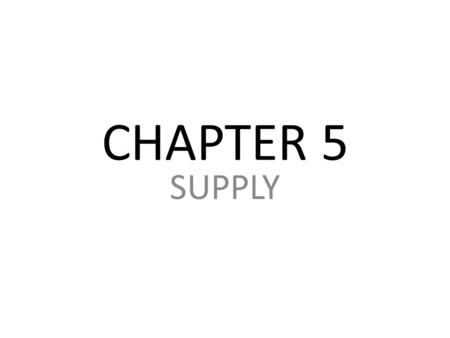 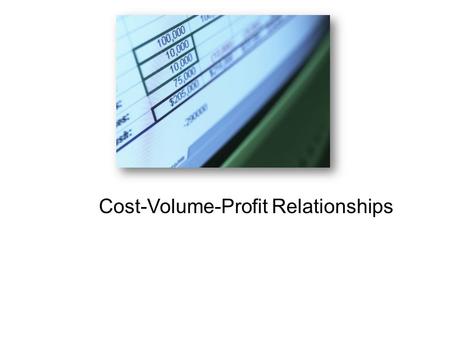 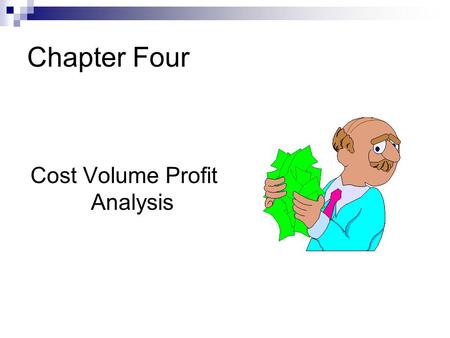 Chapter Four Cost Volume Profit Analysis. Cost Behavior A cost is classified as either fixed or variable, according to whether the total amount of the. 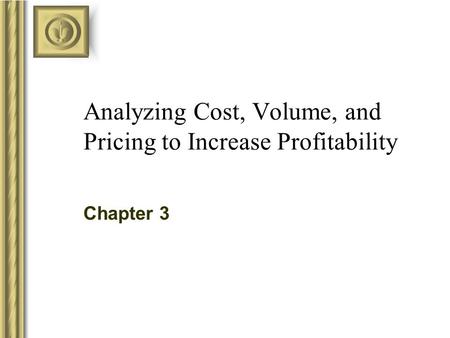 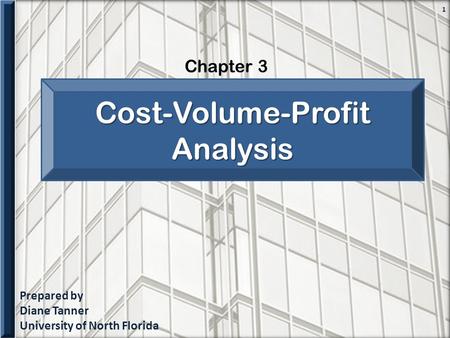 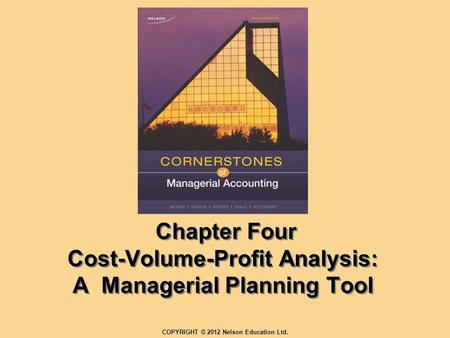