2  South Africa, officially the Republic of South Africa, is a country located at the southern tip of Africa. It is divided into nine provinces, with 1,739 mi of coastline

3 DID YOU KNOW? South Africa is the home to more than 30 ethnic groups and has some of the world's most amazing wildlife!

5 The population of South Africa is one of the most complex and diverse populations on the planet.

6 History South Africa has people from all over Africa, Europe, and Asia living side by side.

7 First Europeans were Dutch and arrived in 1652. They were known as Boers or Afrikaners, and still speak a Dutch dialect known as Afrikaans.

8 England took over South Africa 1815 after the Napoleonic Wars

9 Apartheid South Africa separated the population by race in 1949 with a minority white supremacy party took political power. This was a terrible time.

10 “A good head and a good heart are always a formidable combination. “ —Nelson Mandela

11 Nelson Mandela, after 27 years in prison for fighting against apartheid, was set free in 1989 by a new president F.W. de Klerk. In 1993, a constitution was passed, destroying apartheid and allowed majority to rule. It was peaceful.

12 In 1995, the South African Rugby team won the World Cup in South Africa…a year after Mandela was president.

13 The peaceful transition of South Africa from one of the world's most repressive societies into a democracy is one of the 20th century's most remarkable success stories. Mandela and de Klerk were jointly awarded the Nobel Peace Prize in 1993. Nelson Mandela was elected president in 1994 and served until 1999.

14 South Africa is now one of the richest African countries and is full of success. Pretoria

15 Peace & harmony in a great country… South Africa as some of the world’s best waves.

16 Everyone can enjoy South Africa 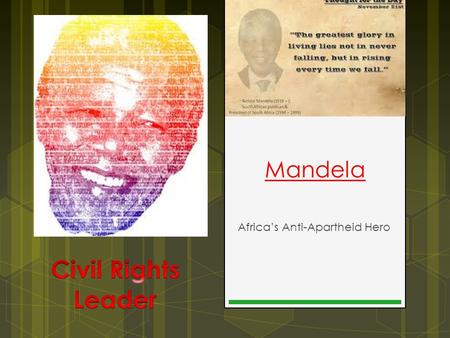 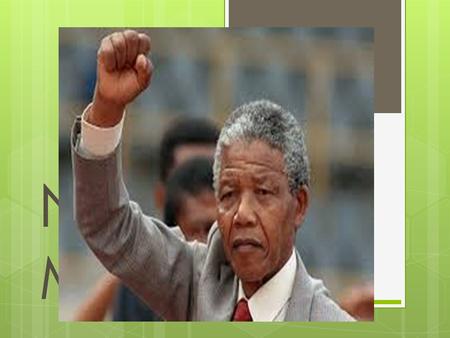 NELSON MANDELA BY ABELE. THE PERSON  Nelson Mandela was born on July 18, 1918, in Mveso,  In 1939, Mandela enrolled at the University College of Fort. 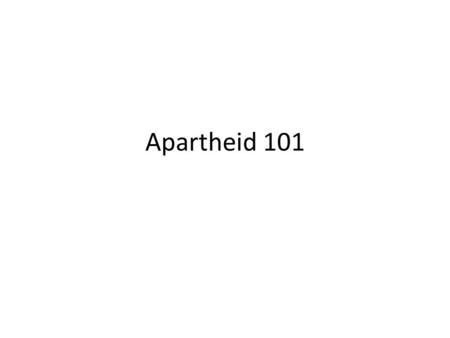 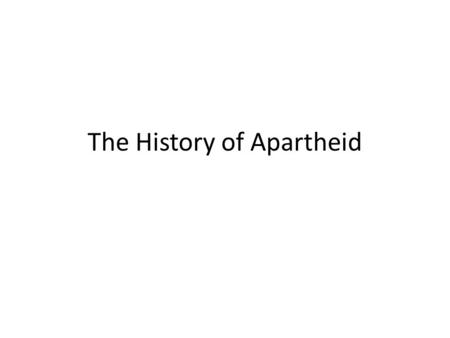